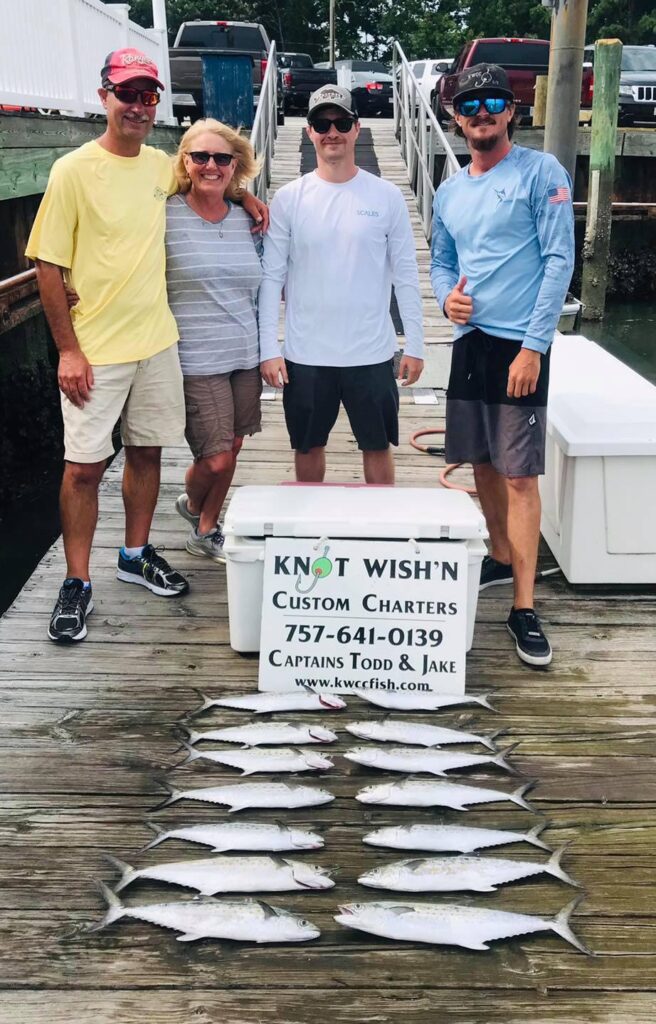 Our July fishing has been great and it will only get better in August! The question this time of year is which species to target.

Typically, in August huge schools of red drum start surfacing daily in the lower Bay. As long as no one spooks them angers can sight cast them for hours some days.

Cobia are throughout the bay and along the oceanfront, sight casting is the most productive technique now.

Spanish mackerel should increase in numbers and size this month. The fish are scattered along the oceanfront from Sandbridge to Cape Henry, and in the bay all the way up to Reedville.

Ribbonfish are feeding near Cape Henry. Anglers are catching them on diving plugs.

Flounder fishing is good. Fish in the 4-6 pounds range have been caught near the CBBT, the Cell and around wrecks. 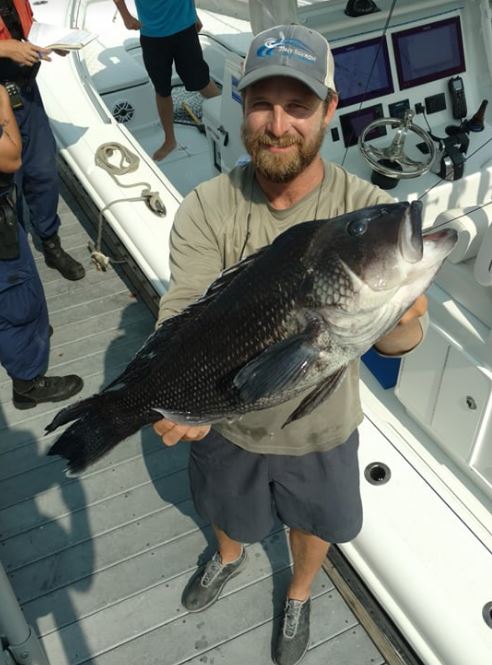 Spadefish are hanging around the CBBT, many ocean buoys and the Light Tower. Anglers are floating fresh clam morsels to them on small hooks. If they are not aggressively feeding, try putting some chum in the water. 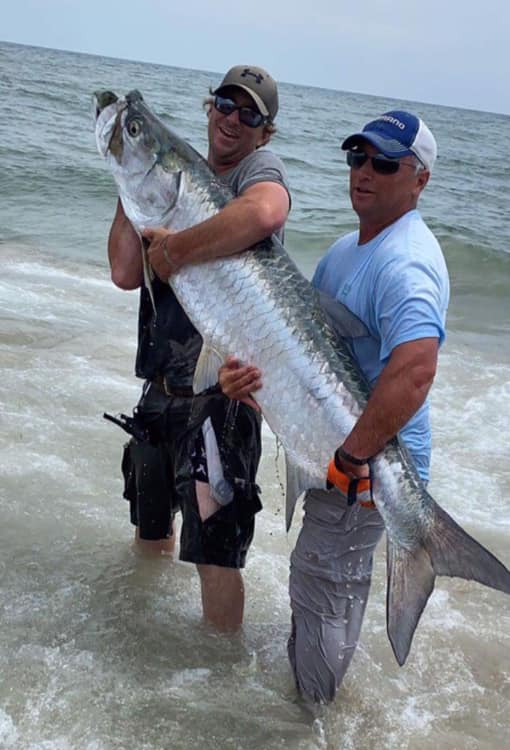 Several tarpon were caught off Outer Banks piers this week. They should also be feeding in Eastern Shore of Virginia backwaters by now.

Angler fishing from the Virginia Beach Fishing pier are catching a few blues, spot and roundhead.

This is peak blue water trolling season. Yellowfin tuna, dolphin and wahoo are off out coast.

Billfish action has picked up just in time for our local tournaments. The Virginia Beach Invitational Marlin Tournament was held over the weekend. Three crews each caught and released four marlins. The winner was decided by “time of catch”. The OUTLIER took first, the MAMA C got second and the FIRST LOOK took third. Top tuna, 53.9 pounds went to FREESTYLE. Top wahoo, 28.3 pounds was caught by the OUTLIER. Top Junior angler went to Colten Fulcher with 3 white marlin releases on the BACKLASH. Top Lady angler went to Denise Hall with 1 blue marlin release on the CAPT CHERYL. Congratulations to all!