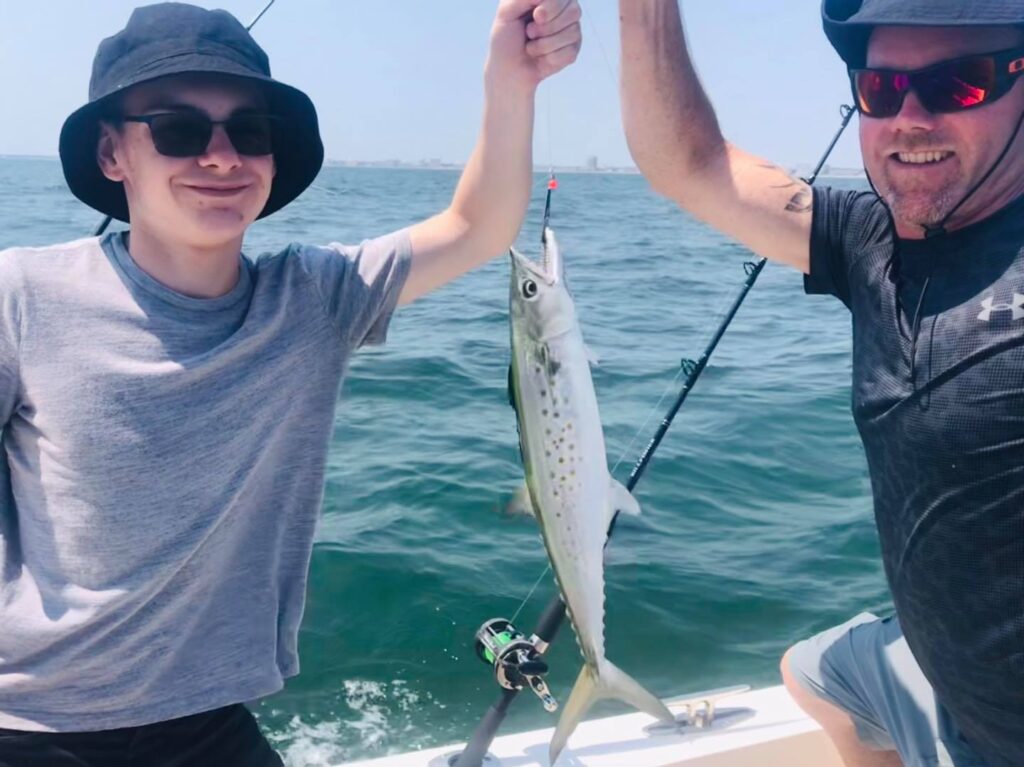 Connie at Long Bay Pointe Bait and Tackle reports that spanish mackerel are plentiful off Cape Henry. Anglers are slow trolling small spoons behind a planer or inline sinker. King mackerel are a possibility along the oceanfront for those pulling larger spoons, lures or deploying live bait.  And Lynnhaven River anglers are catching flounder, spot, croaker and puppy. 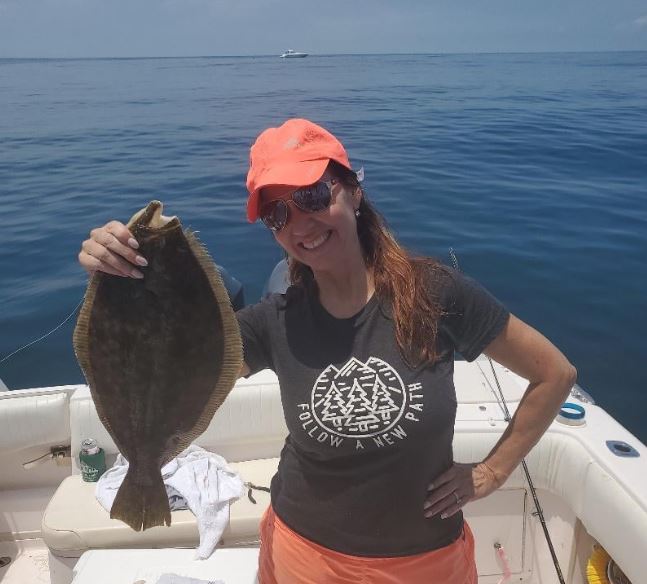 Nice keeper flounder have arrived in the lower Bay. Large flounder are also around seaside wrecks. One of my favorite locations in the Bay is around the concrete ships. Remember when fishing for flounder the general rule is large baits attract large fish. 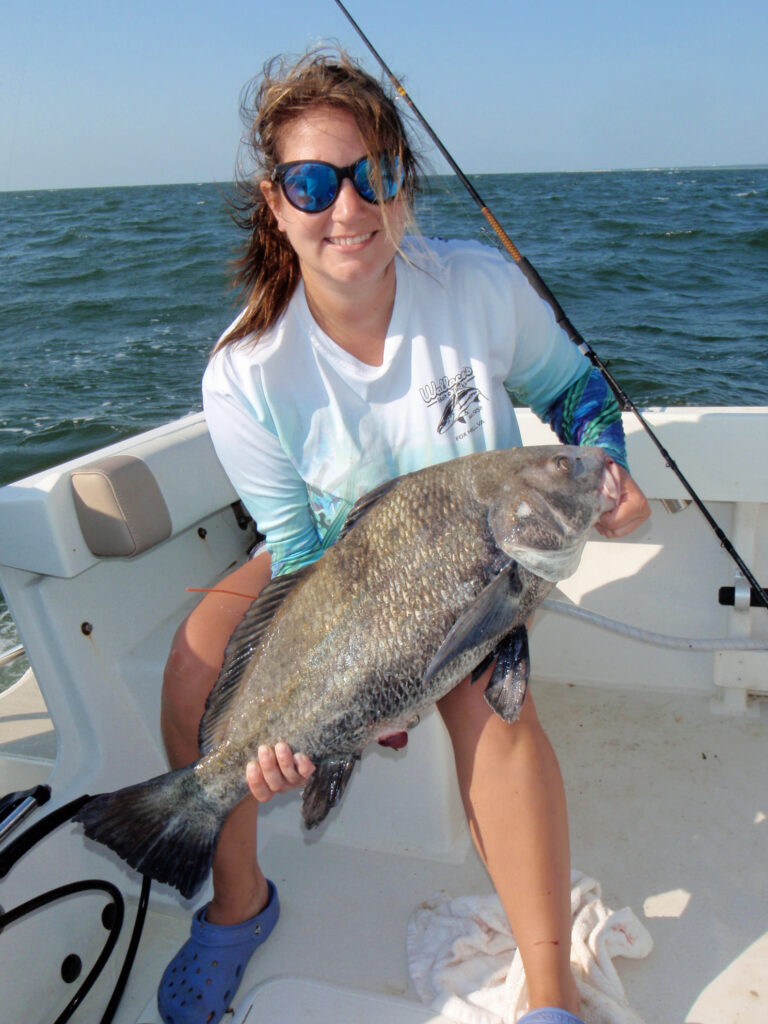 The coastal wrecks are holding sea bass, triggerfish and amberjack.

Spadefish are feeding around structure. They can be spotted around the CBBT pilings, buoys, over wrecks or near the Light Tower. They like fresh clam strips floated in front of them.

Sheepshead are hanging around bridge pilings and jetties, they prefer small crabs. 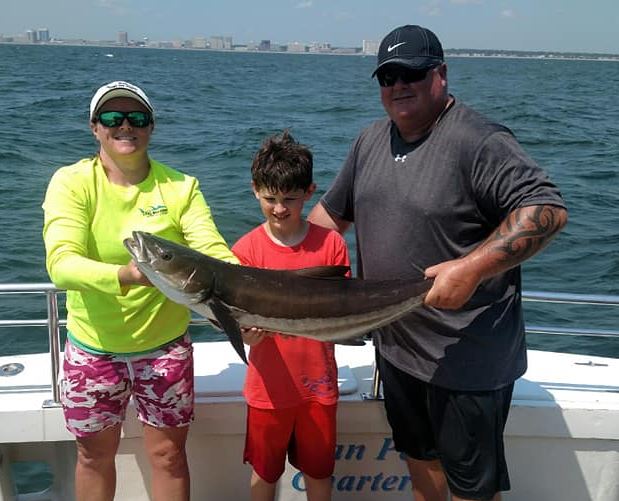 Cobia and big red drum are available along the oceanfront and in the lower bay. A favorite place to look for drum is on the Eastern Shore shoals. Anglers are finding cobia throughout the lower bay. Knot Wish’n Guide Service captain Todd Beck says this week some cobia have made their way out of the Bay back to the oceanfront. Check around all the buoys, cobia love to hang close by. 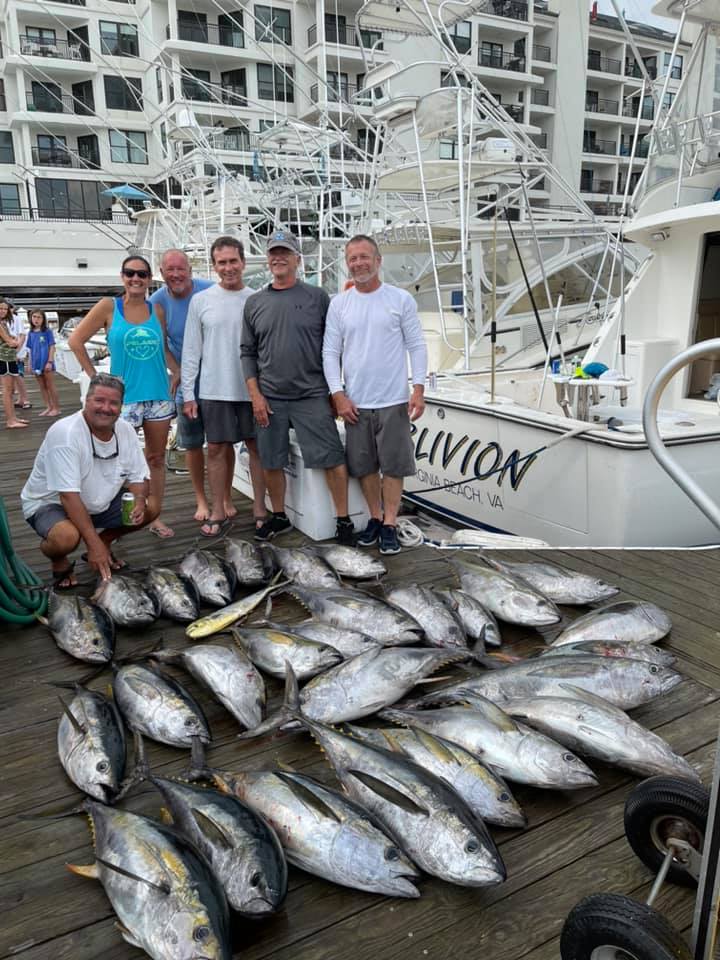 Captain Dave Trax aboard the Oblivion put his crew on the Tuna!

Offshore, tuna continue to be plentiful near the northern canyons. The early bite has been on fire. Boats leaving well before daylight and deploying spreads at dawn have loaded up quickly. Mahi have made their way up from the south and the marlin bite is good. 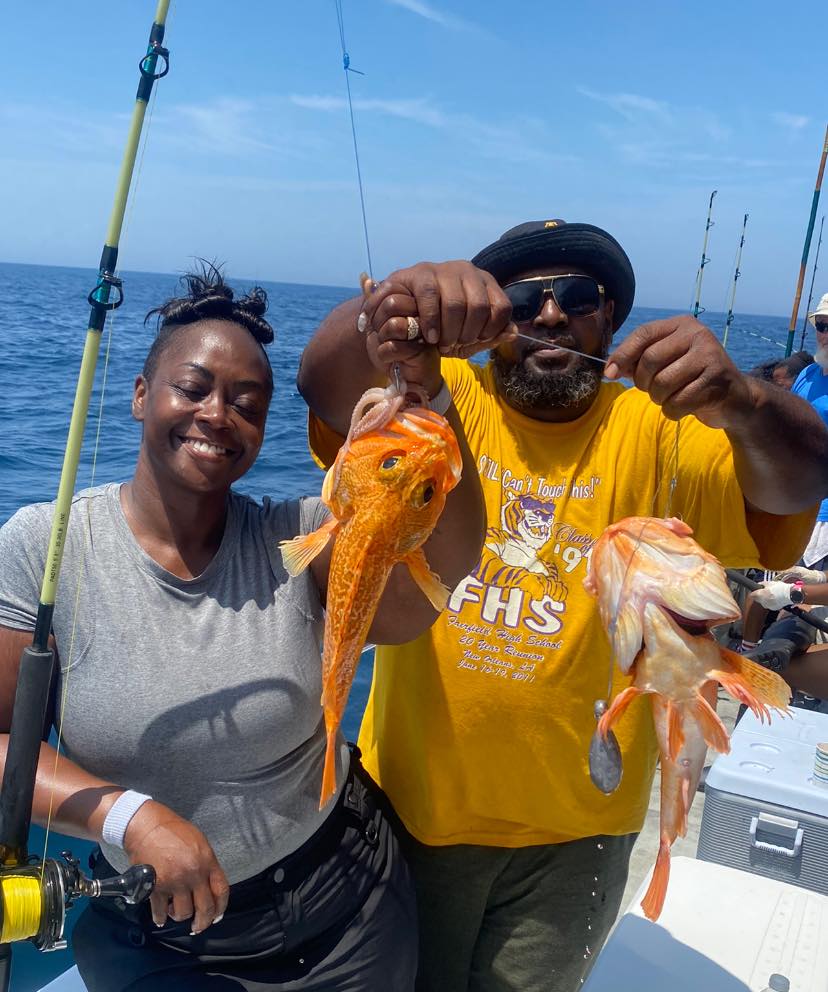 Deep dropping remains good for blueline tilefish, black bellied rosefish and golden tilefish. There should be good amberjack action around the south tower.