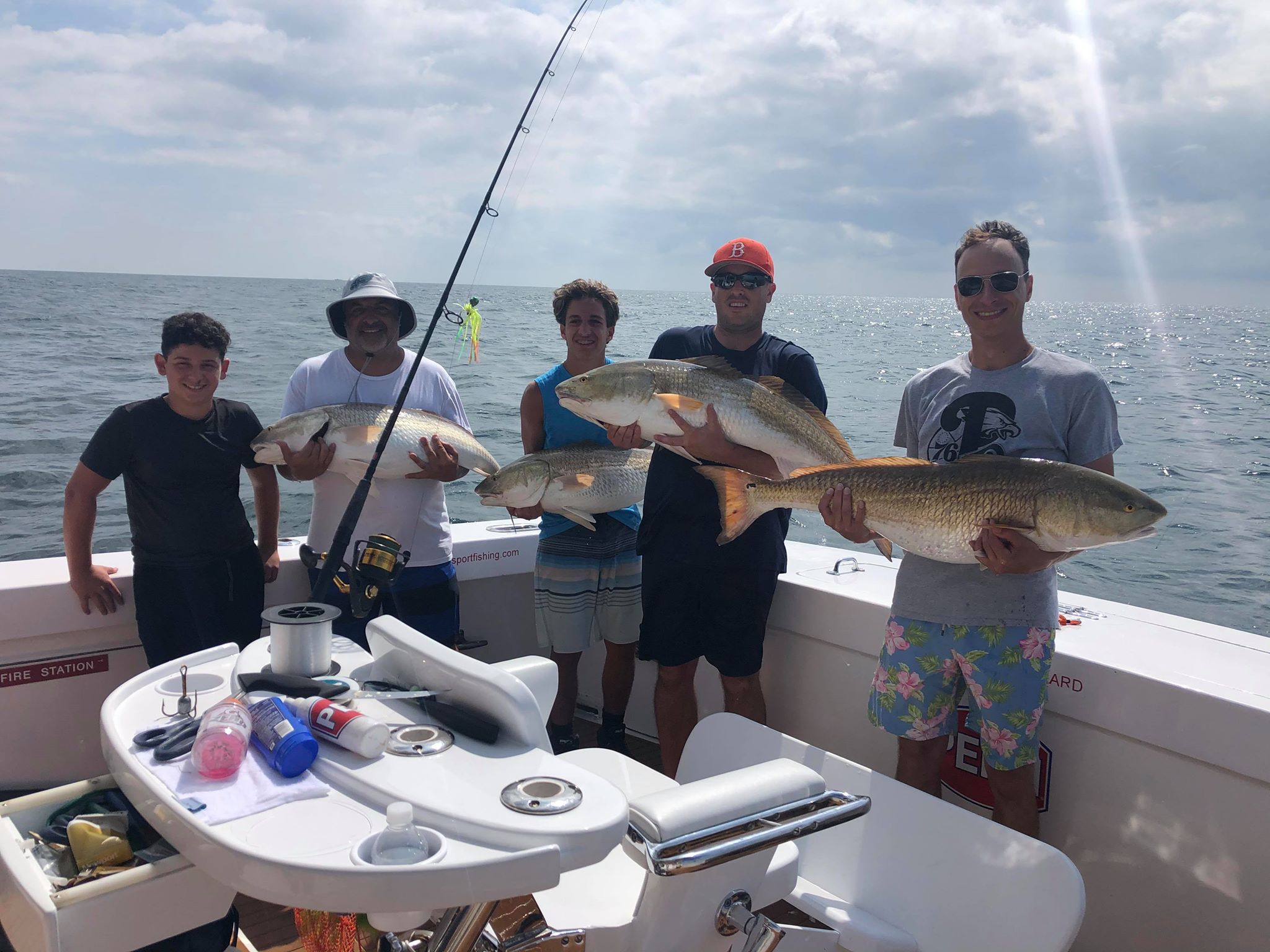 Fishing has been good in front of tropical storm Isaias. It looks like the storm will pass by us Monday night and Tuesday, things should settle down again by Wednesday.

There’s been some world class red drum fishing taking place in our backyard! ….. Huge schools of red drum have been surfacing in the lower Bay. As long as no one spooks them angers can sight cast. Many days everyone on the boat has been able to land and release a citation fish. 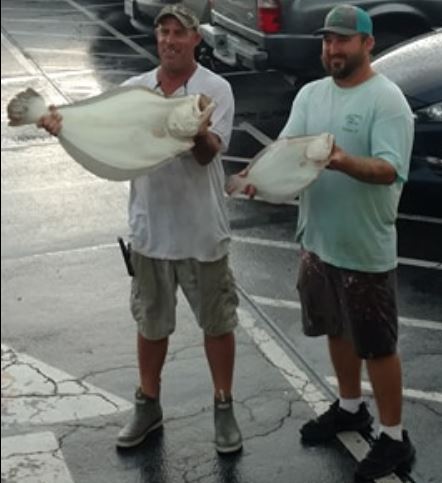 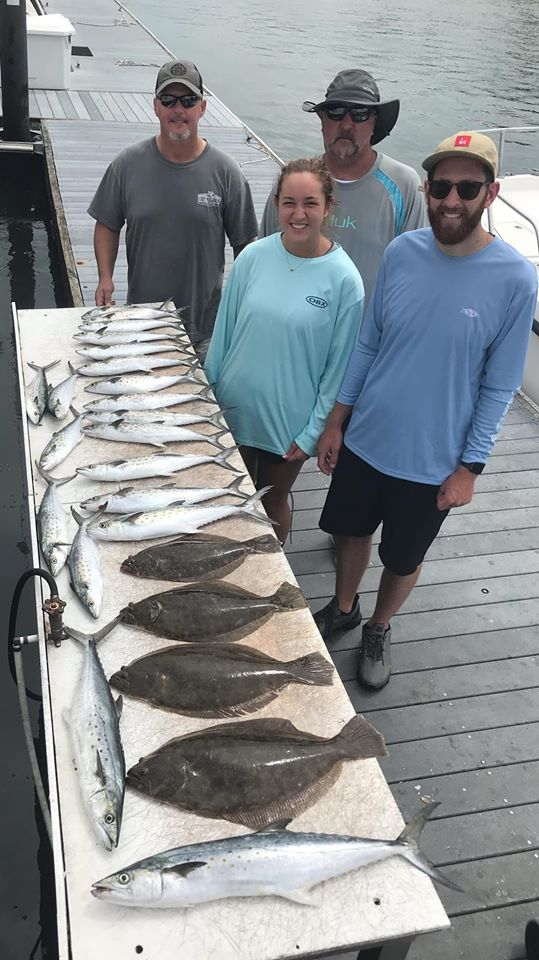 The large, doormat flounder started showing on scales last week. Fish in the 4-6 pounds range have been caught near the CBBT, the Cell and around wrecks. 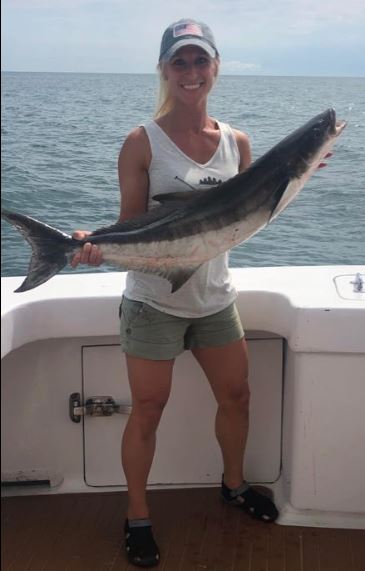 Cobia on the High Hopes!

Finicky cobia are throughout the bay. Sight casting is the most productive technic now. 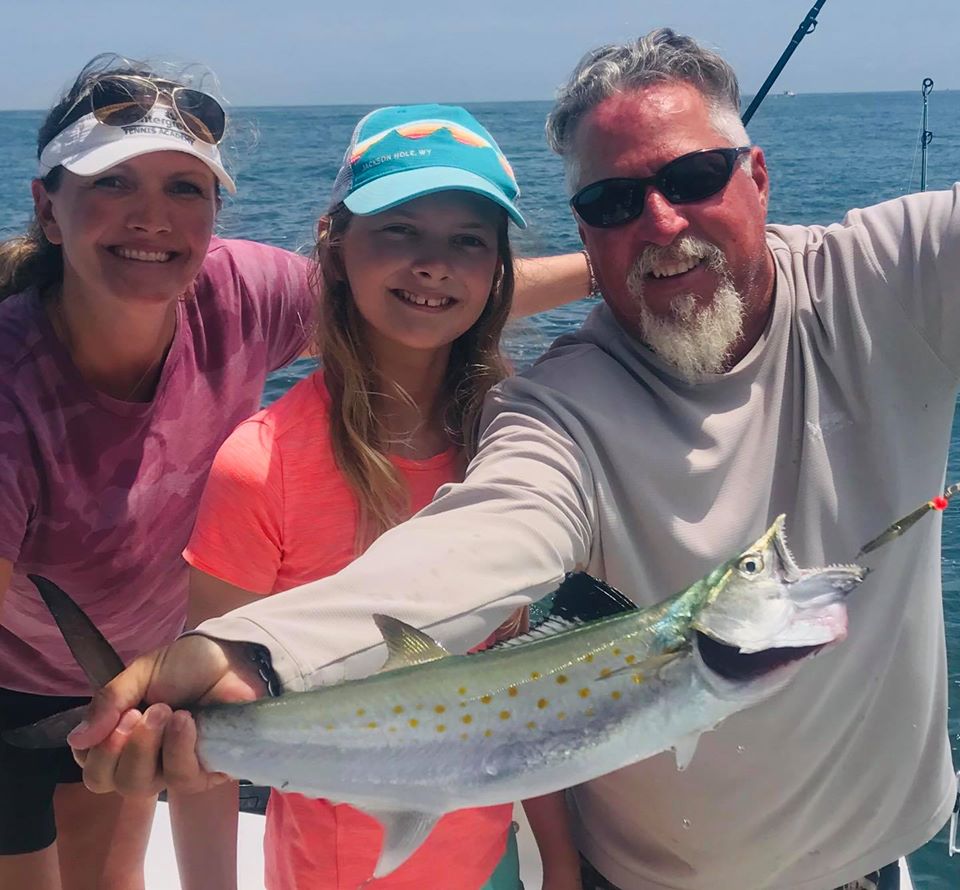 Good times with captain Todd on the Knot Wish’n!

Spanish mackerel schools are still thick and the fish are larger now. Anglers are trolling Drone and Clark spoons behind line sinkers or planers. The fish are scattered from Sandbridge to Cape Henry and in the bay all the way up to Reedville. Ribbonfish are feeding in the same areas and anglers are catching them on diving plugs. 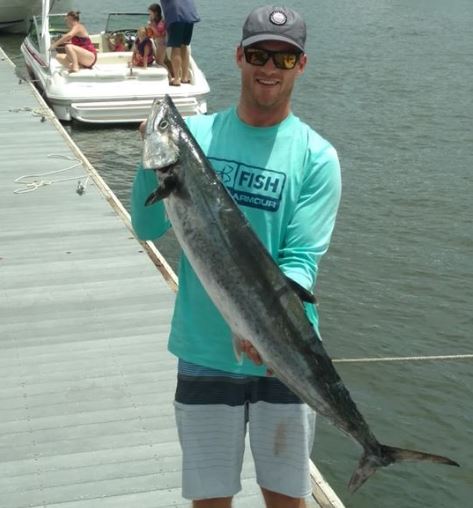 While not thick, there are some impressive king mackerel available in near shore ocean waters.

Spadefish are hanging around the CBBT, many ocean buoys and the Light Tower. Anglers are floating fresh clam morsels to them on small hooks. If they are not aggressively feeding, try putting some chum in the water.

Ocean structures are holding flounder, spadefish, and seabass. The deeper wrecks hold seabass, tilefish and grouper. Amberjack are around the towers. 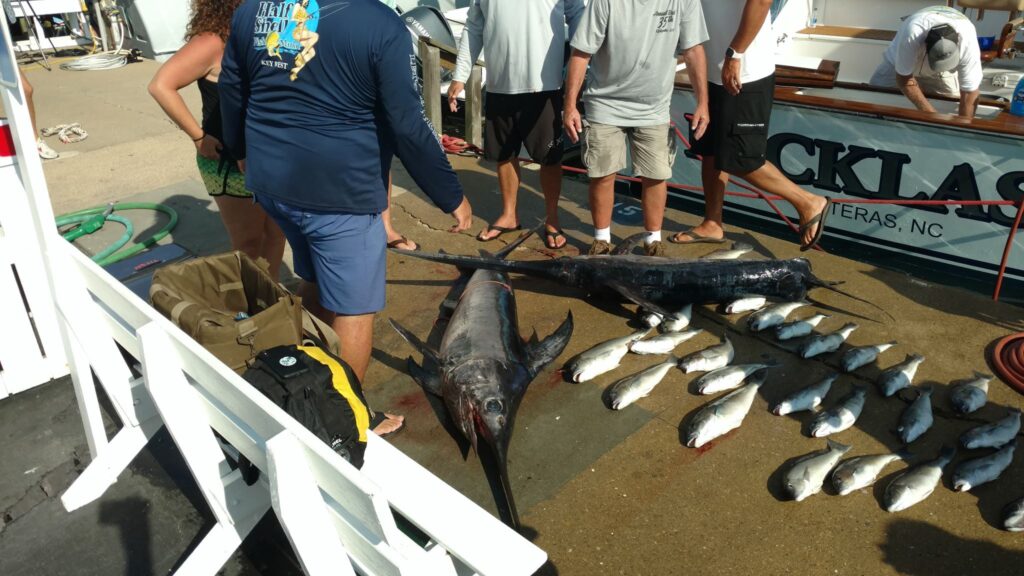 The charter boats are bringing in a few yellowfin tuna, mahi, swordfish and tilefish. White and blue marlin releases are on the rise.

Long Bay Pointe Marina and the Virginia Beach Fishing Center hosted the 2020 Virginia Beach Tuna Tournament over the weekend. Congratulations to the crew onboard the High Tyde, winners . Here’s the way they finished.

Who wants to be the next millionaire?

This week the tournament stage moves to Ocean City MD, for the 47th Annual White Marlin Open. As of Sunday evening 433 boats had registered to fish for a world record fishing purse of 6.7 million dollars. Anglers will target white and blue marlin, tuna, wahoo, dolphin and shark. Due to the weather forecast the tournament dates were extended by two days. Tropical storm Isaias is expected to pass by Ocean City on Tuesday. Each boat is permitted to fish any 3 days from Monday August 3 through Sunday August 9.
https://whitemarlinopen.com/