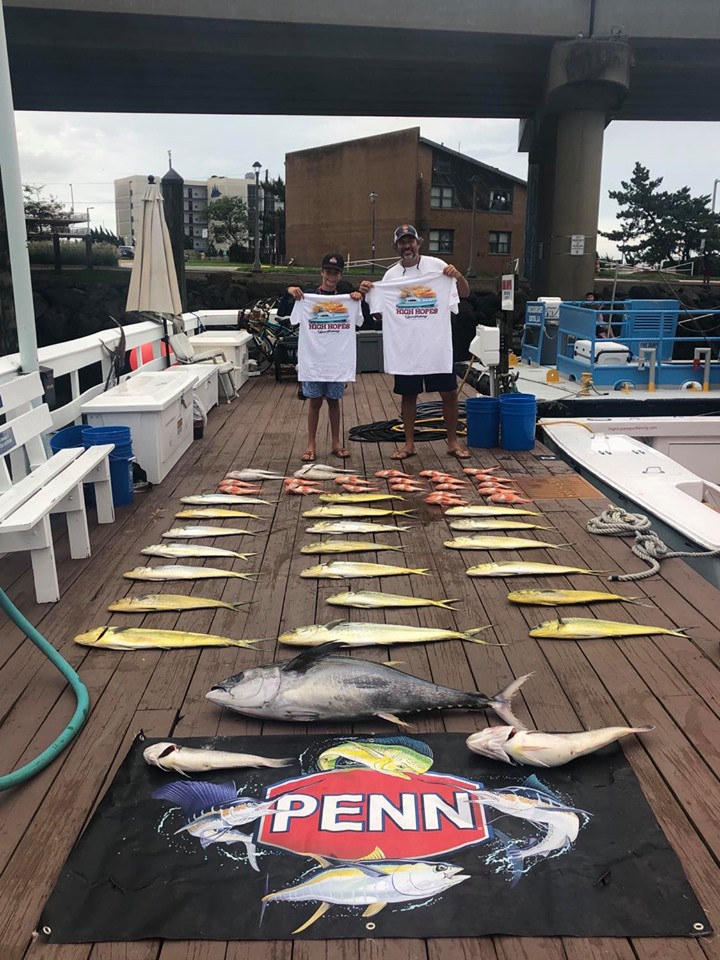 This is prime billfish season along the mid-atlantic coast. White and blue marlin, sailfish, spearfish and swordfish are available now. Captain David Wright on the High Hopes says dolphin numbers are on the rise as well, with some nice gaffers available. Tuna fishing is fair, last year this is when some really big yellowfin tuna were landed to our south, in Carolina waters. 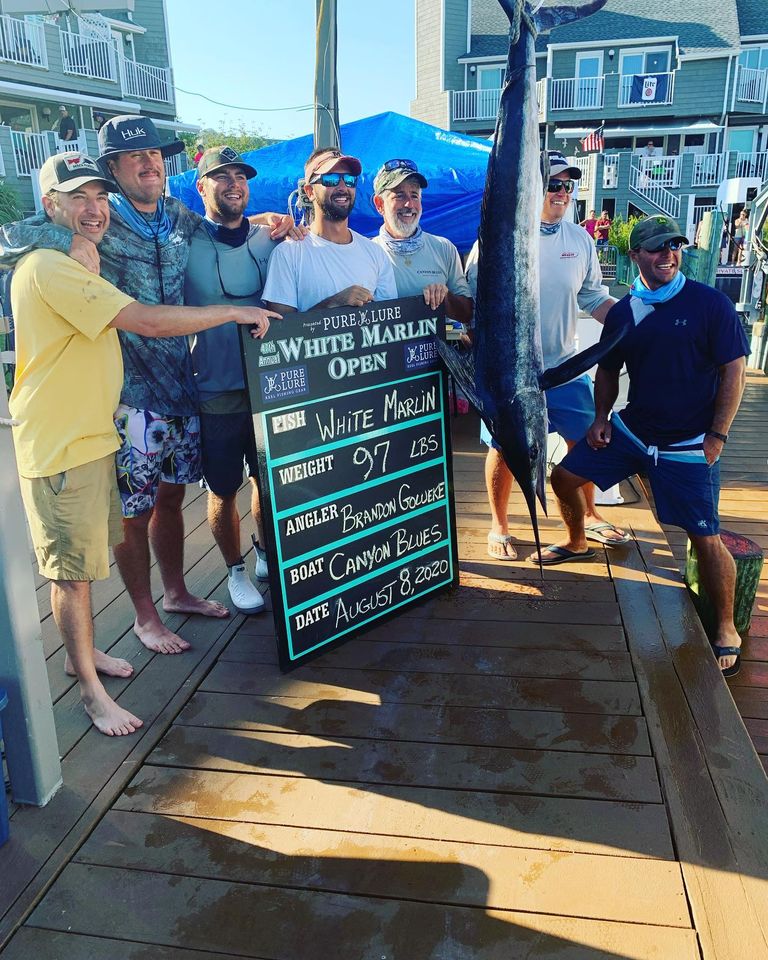 The top prize of over $1.6 million went to the “Canyon Blues” out of Ocean City, MD for the huge 97-pound white marlin caught by Brandon Golueke from Chester, MD on Saturday. That fish stands as the 3rd largest white marlin weighed in the 47-year White Marlin Open history. 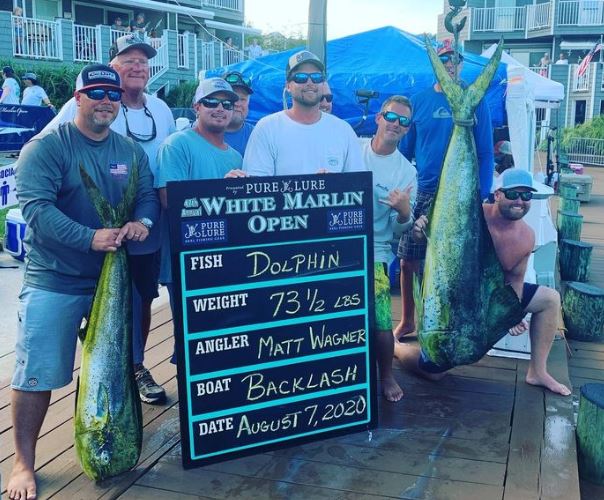 Congratulations to Captain Steve Richardson and crew on the Backlash, for winning the dolphin category with a record 73.5-pounder caught by Matt Wagner. A complete list of all tournament winners can be found on the tournament website at www.whitemarlinopen.com 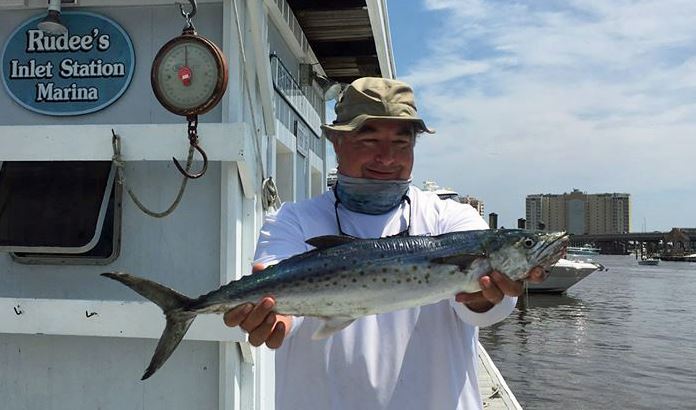 Inshore, spanish mackerel, blues and sharks are keeping charters busy. A gold Clark or Drone spoon seems to be working best for the mackerel. Mixed in with the spanish and blues are a large number of ribbonfish. And don’t be surprised to pick up a nice king. Several nice ones were landed close in this week. It’s always nice when the captain can get away from the helm and grab a rod, Dr Ken Neill did just that and checked in with his first ever spanish mackerel citation. 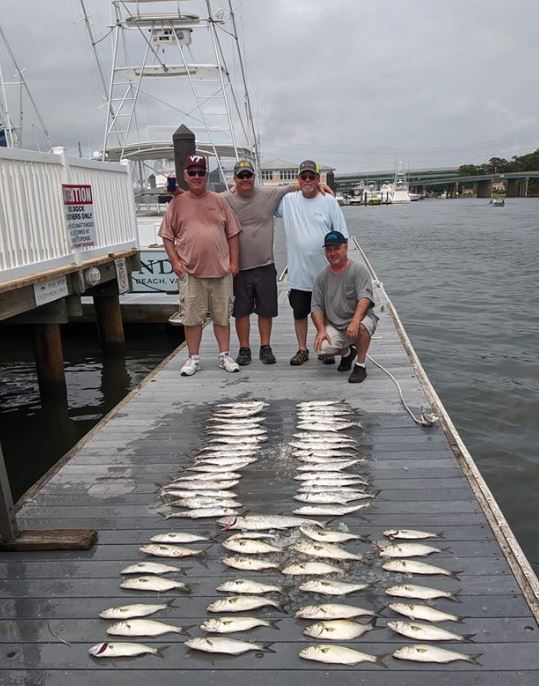 Captain Steve Wray and crew on the Ocean Pearl have been enjoying limits of blues and mackerel.

Our flounder season is officially on now. Limits of quality fish are being weighed. Jigging bucktails dressed with strip bait or a scented Gulp work well. But remember big fish like big bait. A live spot should do the trick. 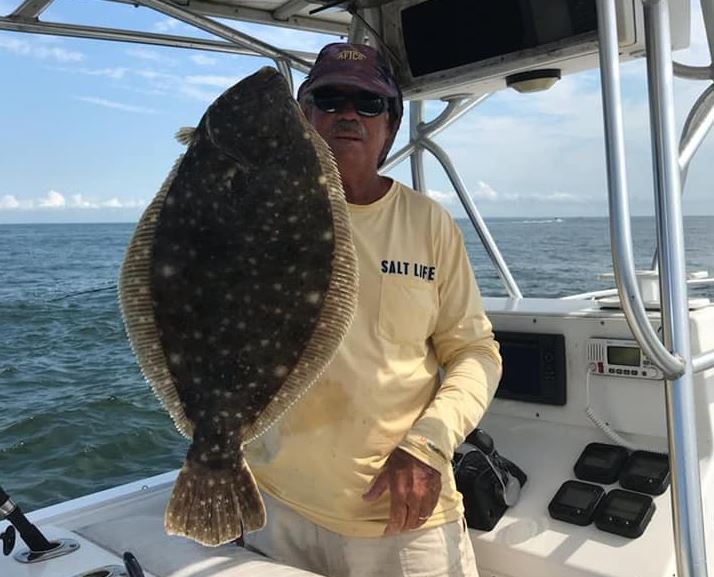 Cobia catches are being reported throughout the lower bay. Live eels, live spot or croaker are your best bait but they will hit artificial baits when spotted on the surface.

Red Drum are still available and should continue to be the rest of the summer.

There is good sized spot being caught in Chesapeake Bay tributaries now. Spot fishing peaks in August and September. 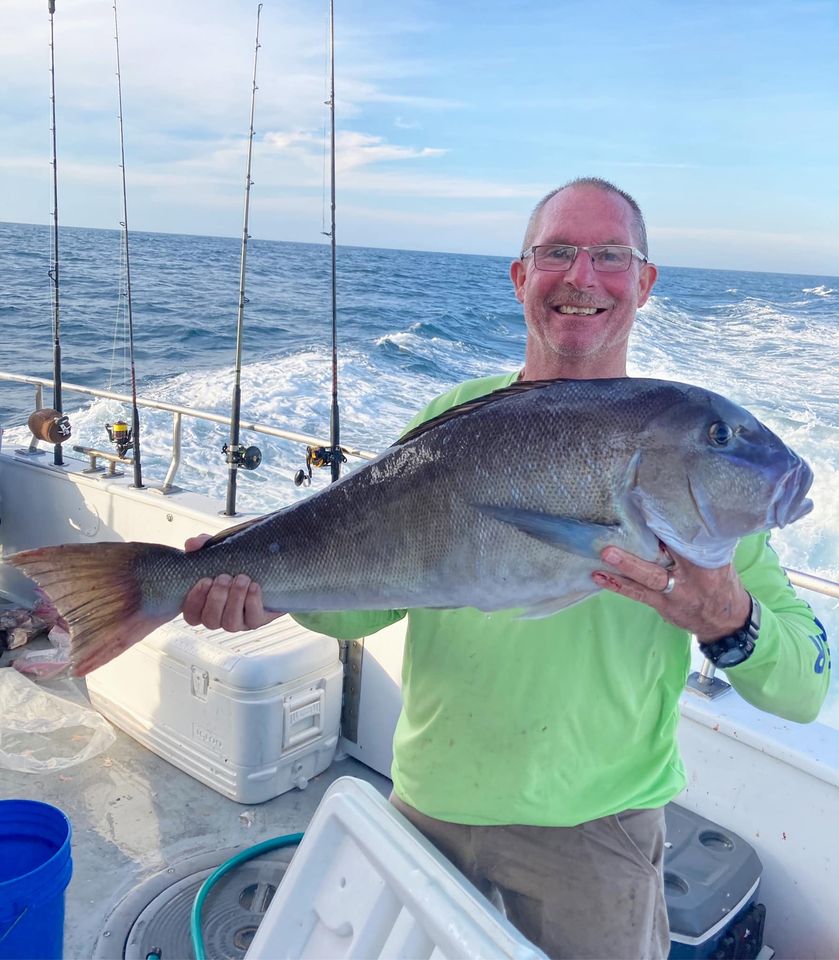 The sea bass bite remains good. Limit catches are not uncommon. Deep droppers are catching tilefish at the canyon. Rudee Tours, our head boat sponsor has 17 hour offshore trips scheduled for Aug 13, 20, 27, and Sep 3. They also run daily inshore ½ day, ¾ day, full day and night trips. Give them a call, 757-425-3400.