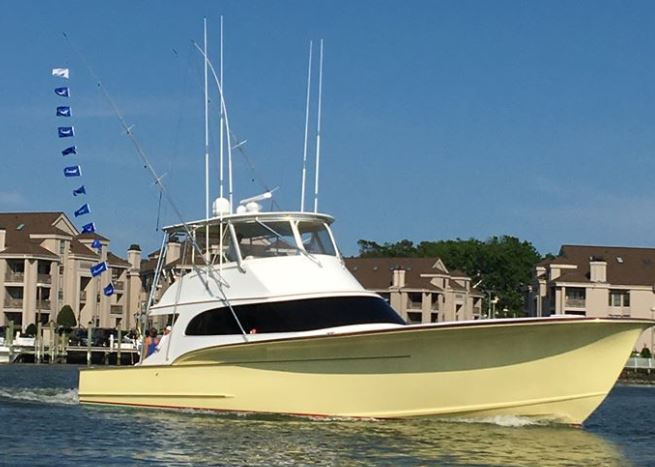 The offshore bluewater action is red hot! The yellowfin tuna, big eye tuna and marlin are hungry. Some really large bigeye tuna are in the mix. Cecil Hatfield fishing onboard the Showtime landed a 242 pounder. On Sunday the boat Rebel caught one blue marlin and eleven white marlin. It’s time to go guys! 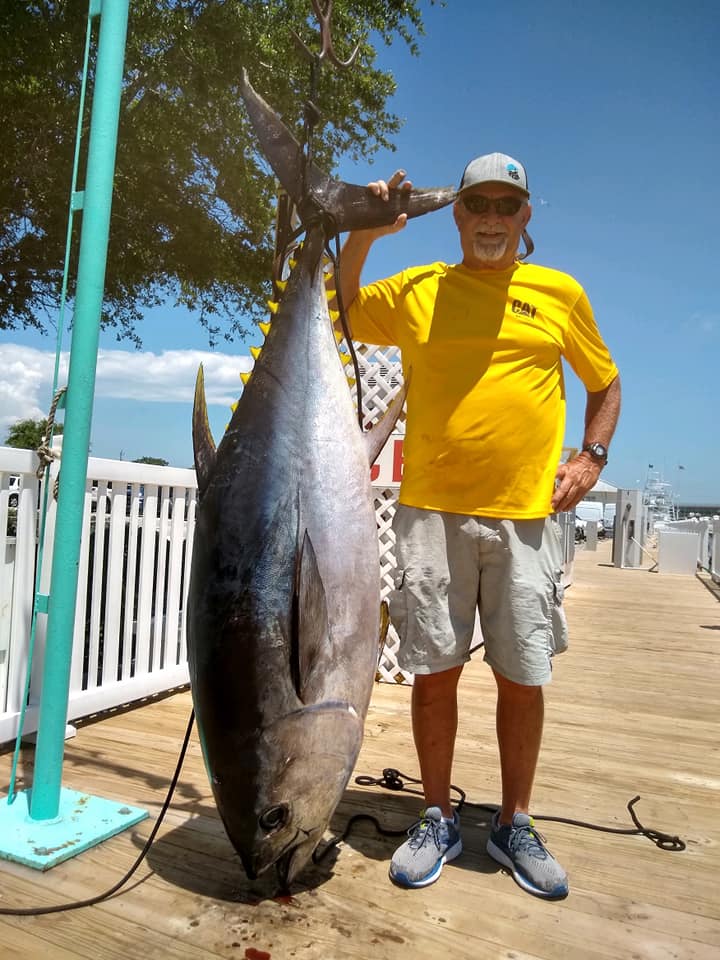 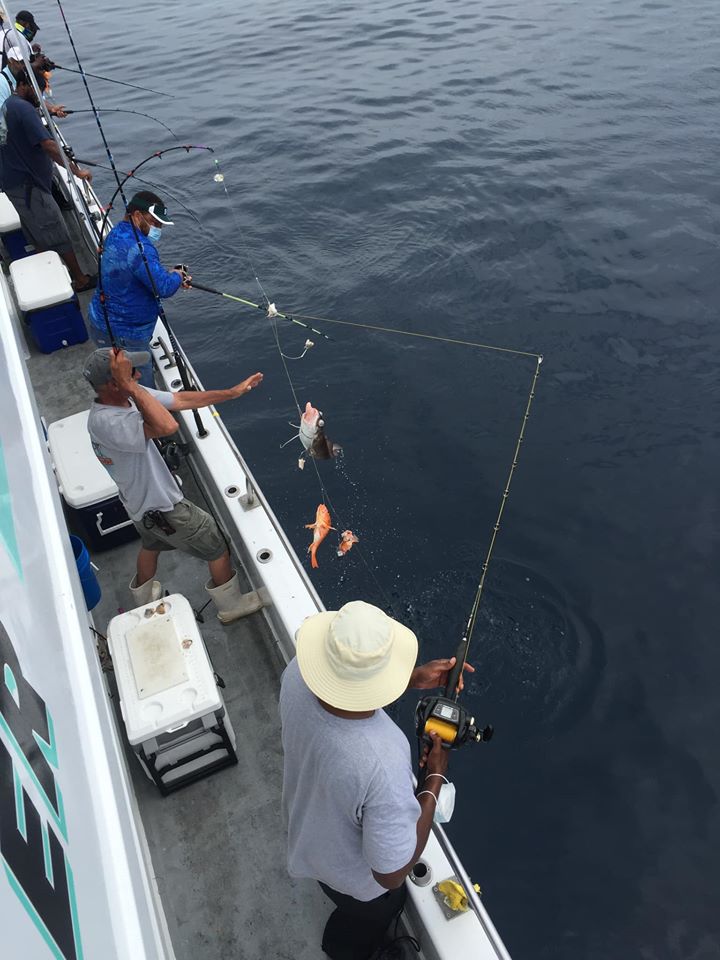 Spanish Action on the Ocean Pearl

Captain David Wright on the High Hopes says spanish mackerel fishing is peaking and should be very good for a few weeks. There are bluefish mixed in with the Spanish and Dr Ken Neill reports loads of ribbonfish in the same areas. Captain Steve Wray on the Ocean Pearl out of Long Bay Pointe Marina has been loading up with spanish mackerel on his morning and evening trips.

Captain Todd Beck from Knot Wish’n Guide Service out of Rudee Inlet says king mackerel have been seen jumping near the spanish schools. Shouldn’t be long before someone lays a 40 plus pound king on the deck.

Coastal wrecks, the Chesapeake Light Tower and coastal buoys are holding some really nice spadefish and triggerfish. Look for spadefish, triggerfish and sheepshead along the CBBT as well.

Big red drum and cobia also are available along the coast. Reds also are being taken around the mouth of the bay and along the shoals. A number of puppy drum have been landed near the Hampton Roads Bridge Tunnel.

The black drum are in Eastern Shore inlets and around the Chesapeake Bay Bridge-Tunnel islands. 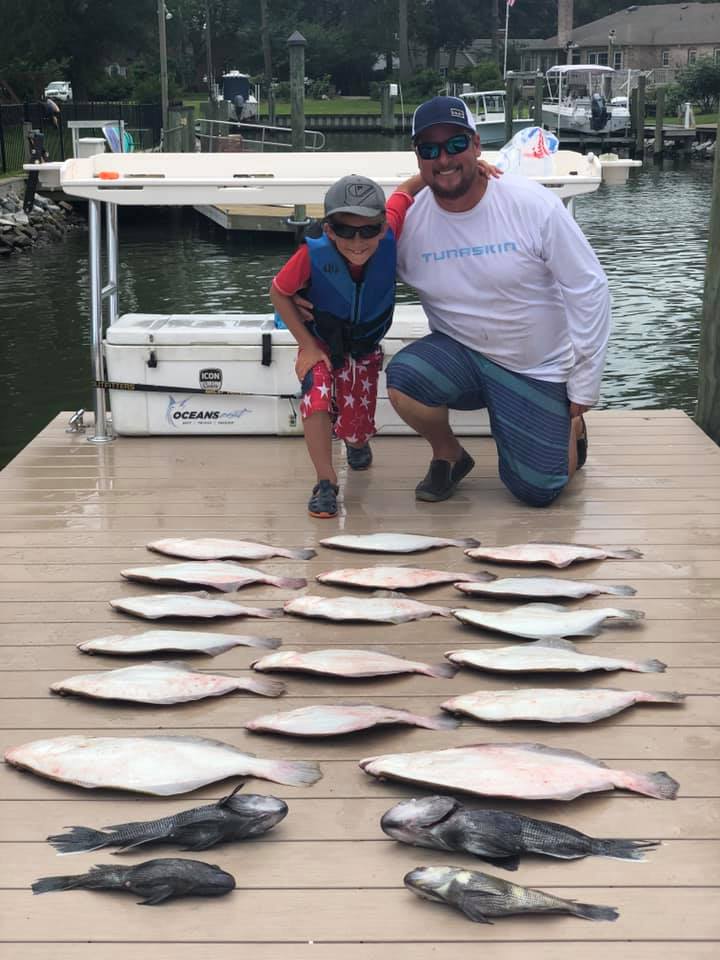 Flounder numbers are on the upswing, look for them inside our inlets, around inshore wrecks, along the CBBT, near the Concrete Ships, around the Back River, the Hampton Bar and Eastern Shore flats.

Cobia are being taken throughout the lower bay, most anglers are chumming and using bait, others sight-casting.

Speckled trout and puppy drum are in all three inlets and in the Elizabeth and York rivers. 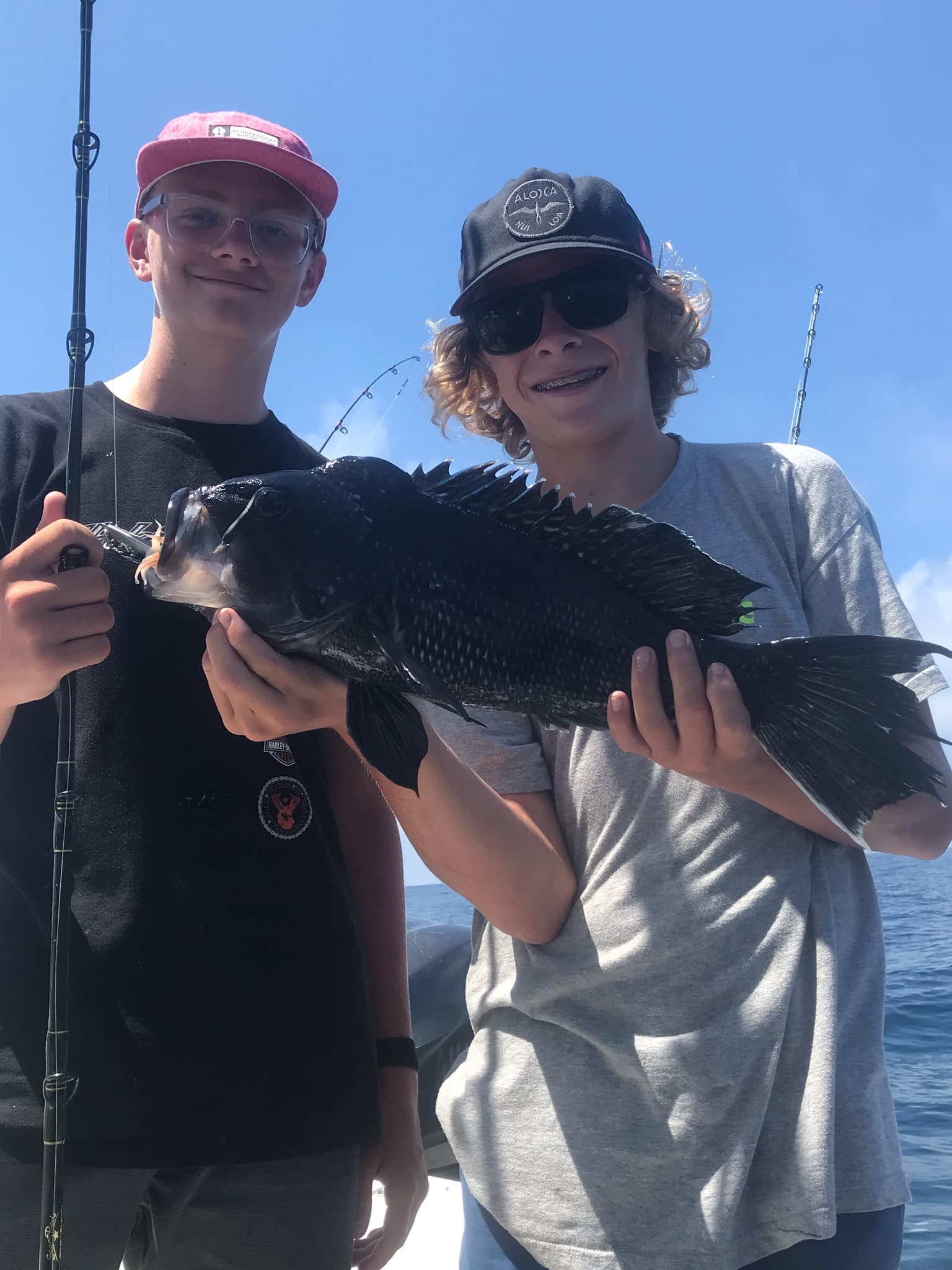 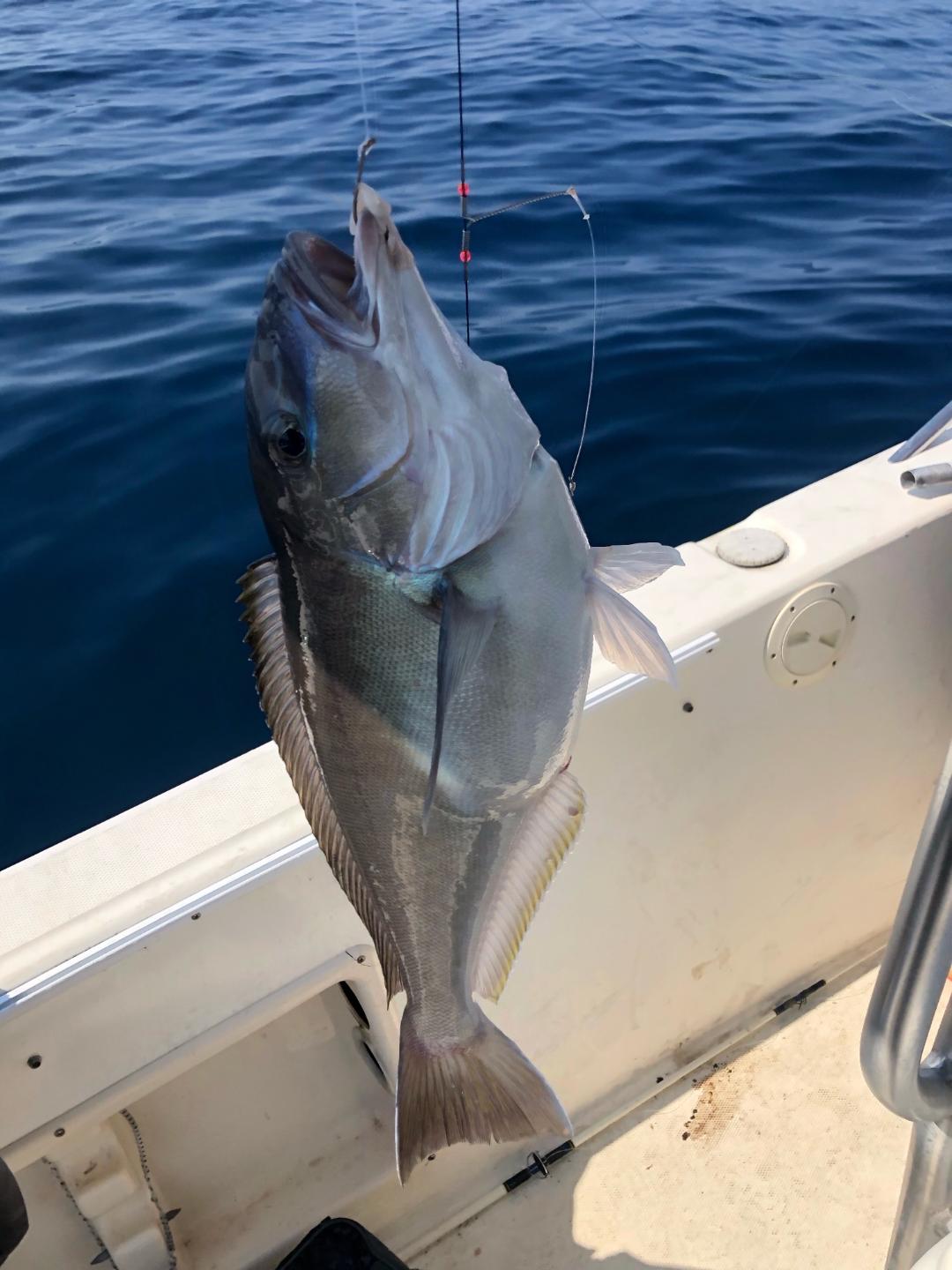 David Hayden and Crew on the tiles!

On July 3rd David Hayden, Nick Skamagos, John Fantasia, Gabriel Lopez fished the Canyon and found plenty of small mahi on the surface and blueline tilefish in 325-370 ft of water.

Carter Baum and his cousin Henry Baum got in on some sea bass action last week.

Thanks for the report guys! Send those reports and pictures to webmaster@vbsf.net