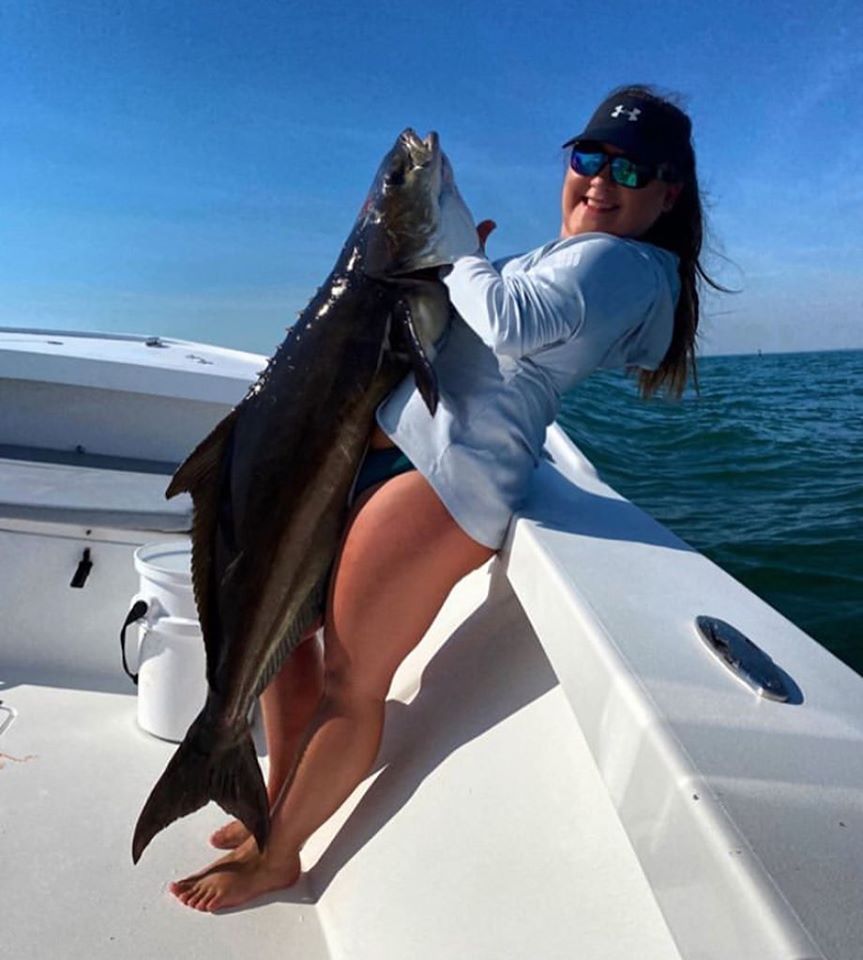 Cobia are plentiful throughout the bay. Hot spots include Latimer Shoals, Bluefish Rock and Windmill Bar. Be sure and check around each buoys you pass. Most fisherman are chumming but many fish are caught by sight casting. Remember captains or operators of vessels fishing for cobia must obtain a Recreational Cobia Permit from VMRC and report all cobia fishing activity. Permits can be obtained online here or at an MRC Licensing Agent. 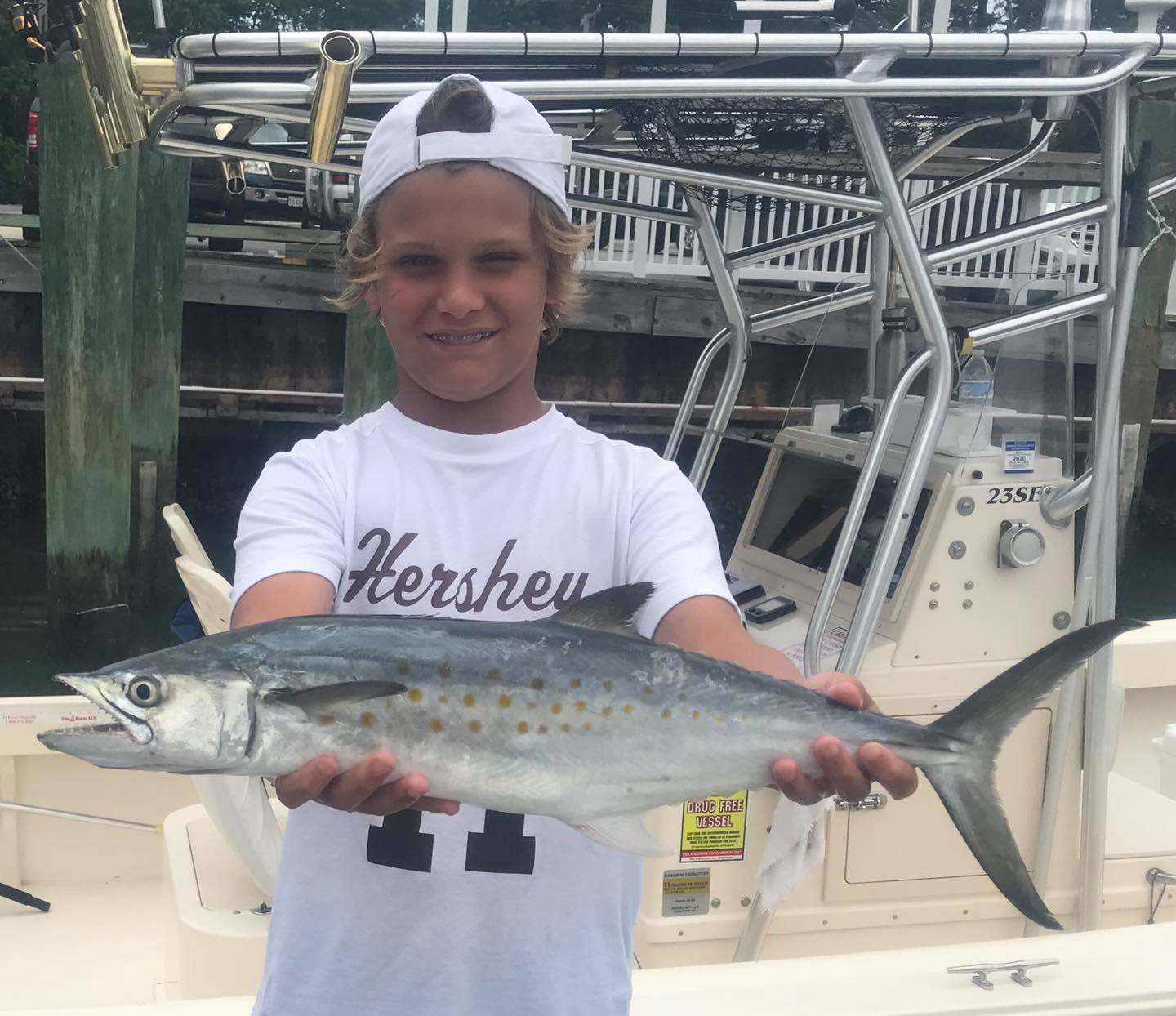 Anglers are having good success with spanish mackerel throughout the bay and along the oceanfront. The water temp along the oceanfront is 76.5 degrees now. Clark spoons and Drone spoons are what most anglers troll behind an in-line weight or planer board. Surface birds are another good method of presenting baits for the mackerel and bluefish. 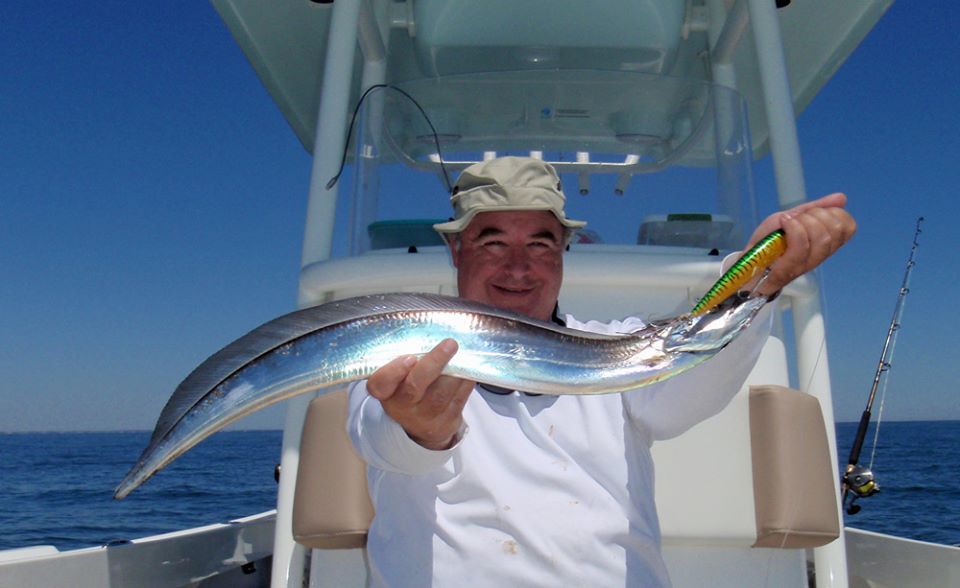 Ribbonfish are back. Last year those targeting spanish mackerel loaded up with them. At first, they were considered a throwback fish until some good recipes were posted online. Now they go in the cooler!     http://localsseafood.com/nc-seafood-guide/ribbonfish/ 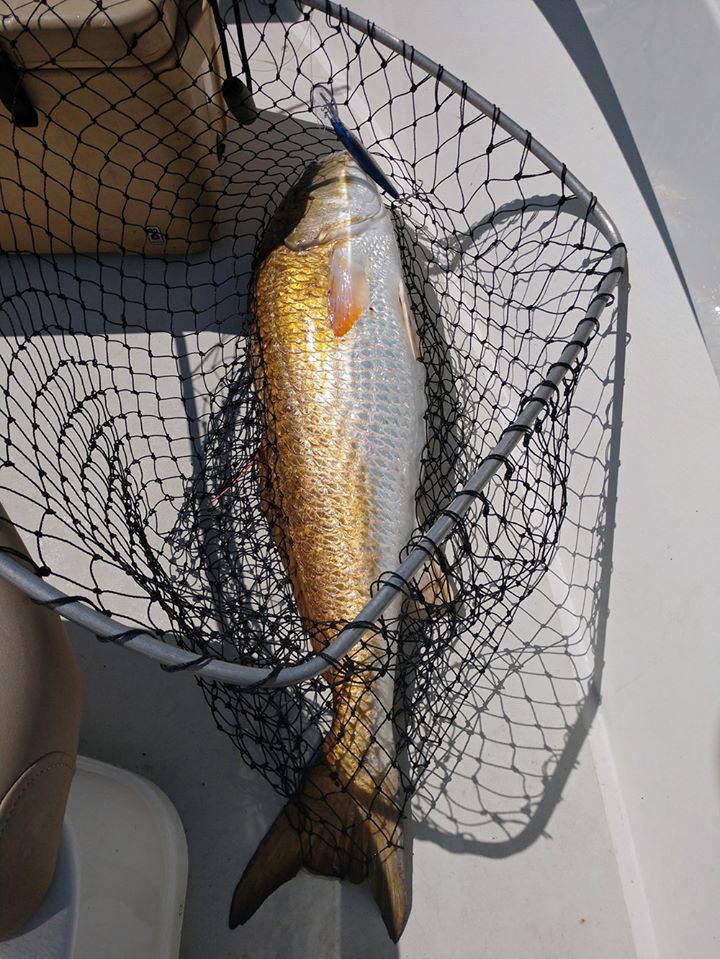 Big red drum are still available throughout the lower Bay. Latimer Shoal and the shallow water near the northern section of the CBBT are where most of the fish are caught, but schools can pop up anywhere around the the CBBT area. A popular angling technique for drum fishing is anchoring and chumming over the shoals.  Make sure you anchor on top of the shoal and position yourself so your baits drift back to the deeper waters.  Once in position try chumming crushed clams and fresh menhaden.  Use fish-finder rigs with a pyramid sinker, 6-8 oz on the slide.  Pyramids will help keep your baits in place through the moving current. You want to have moving water when fishing for drum. 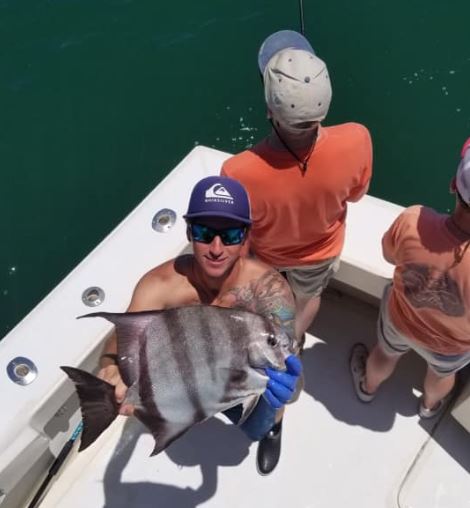 Catches of spadefish continue to occur at the Chesapeake Light Tower and have increased at the CBBT. The easiest times to catch spadefish are during slack tide or in calm seas when the fish can often be seen fining on the surface. The bait of choice is clam though squid will work when the fish are real aggressive. Cut the clam into long strips with a piece of the foot in each strip. Hook the bait through the tough foot area and let the rest hang free. 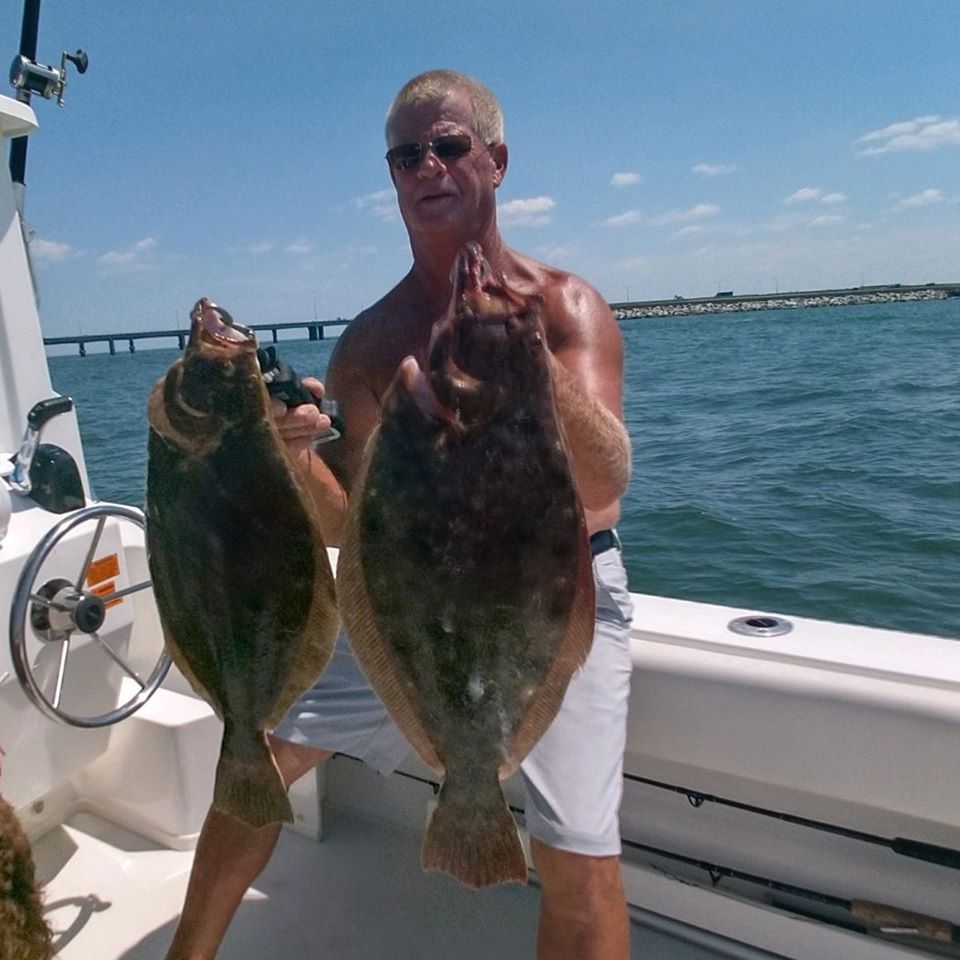 Flounder catches have increased around structure in the lower bay and there’s been reports of hit and miss croaker catches in the rivers. 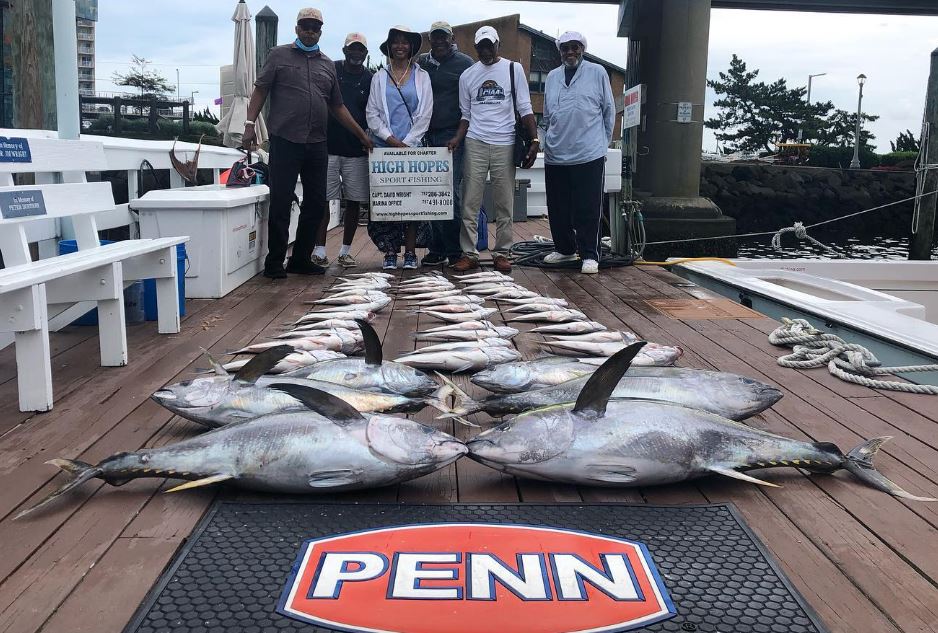 Virginia Beach’s offshore bluewater action is getting better by the day, it should peak in July and August. The Yellowfin Tuna bite has been great lately and some wahoo and dolphin are in the mix. A nice blue marlin was caught over the weekend. Blue marlin encounters will increase in July and peak, just in time for the Virginia Beach Billfish Tournament August 19-22. White marlin action usually continues into September.

Captain Jake Beck, Knot Wish’n guide service says the spanish mackerel and bluefish bite was a little inconsistent last week. Reports are, its picking up today. Captain Todd just sent us a text message and said he had 4 on right then. Red Drum and cobia are around. The cobia have been reluctant to eat lately. A few king mackerel were spotted breaching the surface.

Captain Nolan Agner, Aquaman Charters reports good spadefish numbers. Spanish fishing is fair. The cobia  are here and there. The drum popped up the last couple days. Offshore he said tuna fishing was fair to good.

Captain David Wright, High Hopes Charters is reporting a nice mix of blueline tilefish and yellowfin tuna on his offshore trips. He’s been doing some drops for swordfish. He had a broadbill swordfish attack one of his baits last trip, but it slipped the hook. Inshore his family fishing trips are in full swing. They are catching mostly spanish and ribbonfish.

Give a VBSF charter boat sponsor a call and get in on the action! Tell them we sent you!