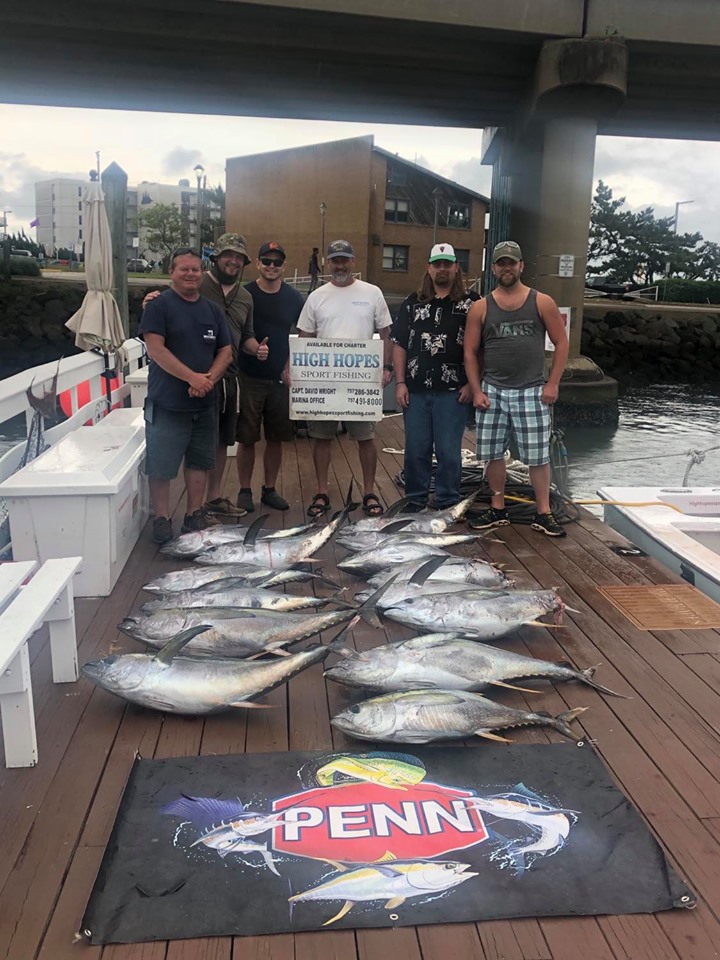 Last week started off with everyone stuck at the dock. But after the wind died down the good fishing continued. There’s a good variety of fishing to choose from this time of year.

Offshore, the tuna action is red hot! And the fish are close to home, near the 900 line. Most boats have their limit before 11 am. VBSF sponsor Captain David Wright on the High Hopes filled his box by 9:15 am. Most captains completed their day deep dropping for golden tilefish or swordfish. Hope the tuna bite stays good into August. The Virginia Beach Tuna Tournament runs July 29th – August 1st, 2020. Weigh stations for the VBTT are at the Virginia Beach Fishing Center and Long Bay Pointe Marina. 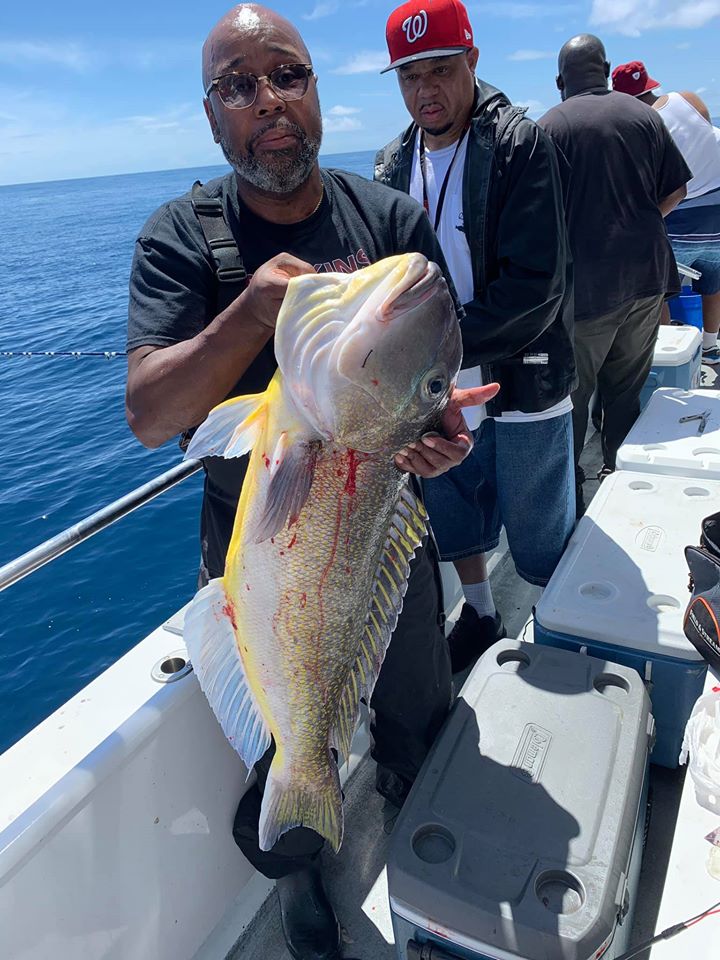 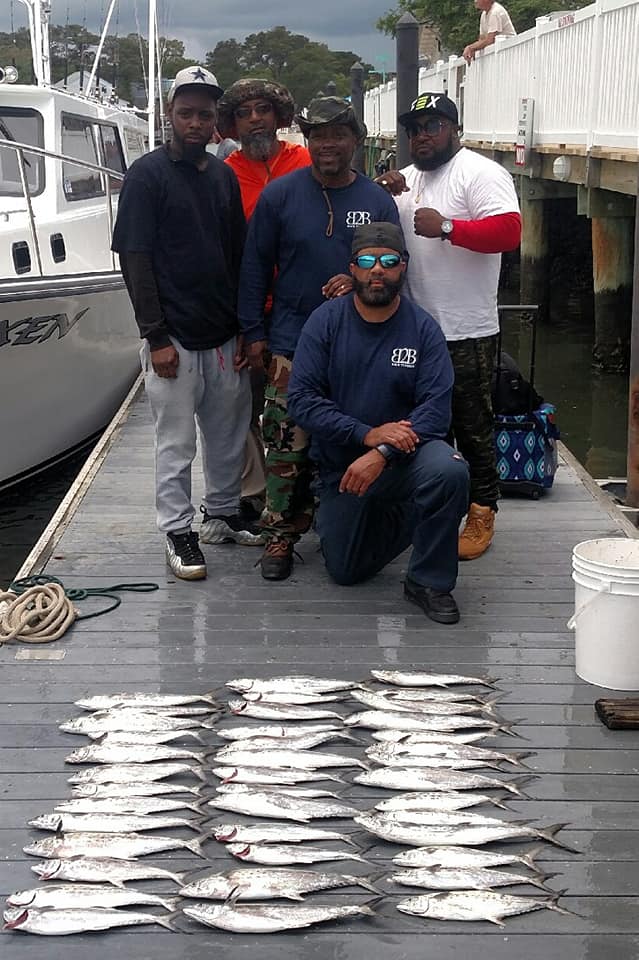 Good Spanish mackerel fishing continued along the oceanfront and in the lower bay. Most fish are being caught using Clark or Drone spoons tie directly to a 20-30 foot mono leader run behind a planer or in-line trolling sinker. Captain Beck from Knot Wish’n Charters said once the weather cleared the water was a little cooler and churned up, but they found some quality spanish mackerel. Captain Steve Wray, Ocean Pearl Charters out of Long Bay Pointe Marina put his crew on the spanish as well. Mackerel numbers should continue to increase in the coming days. 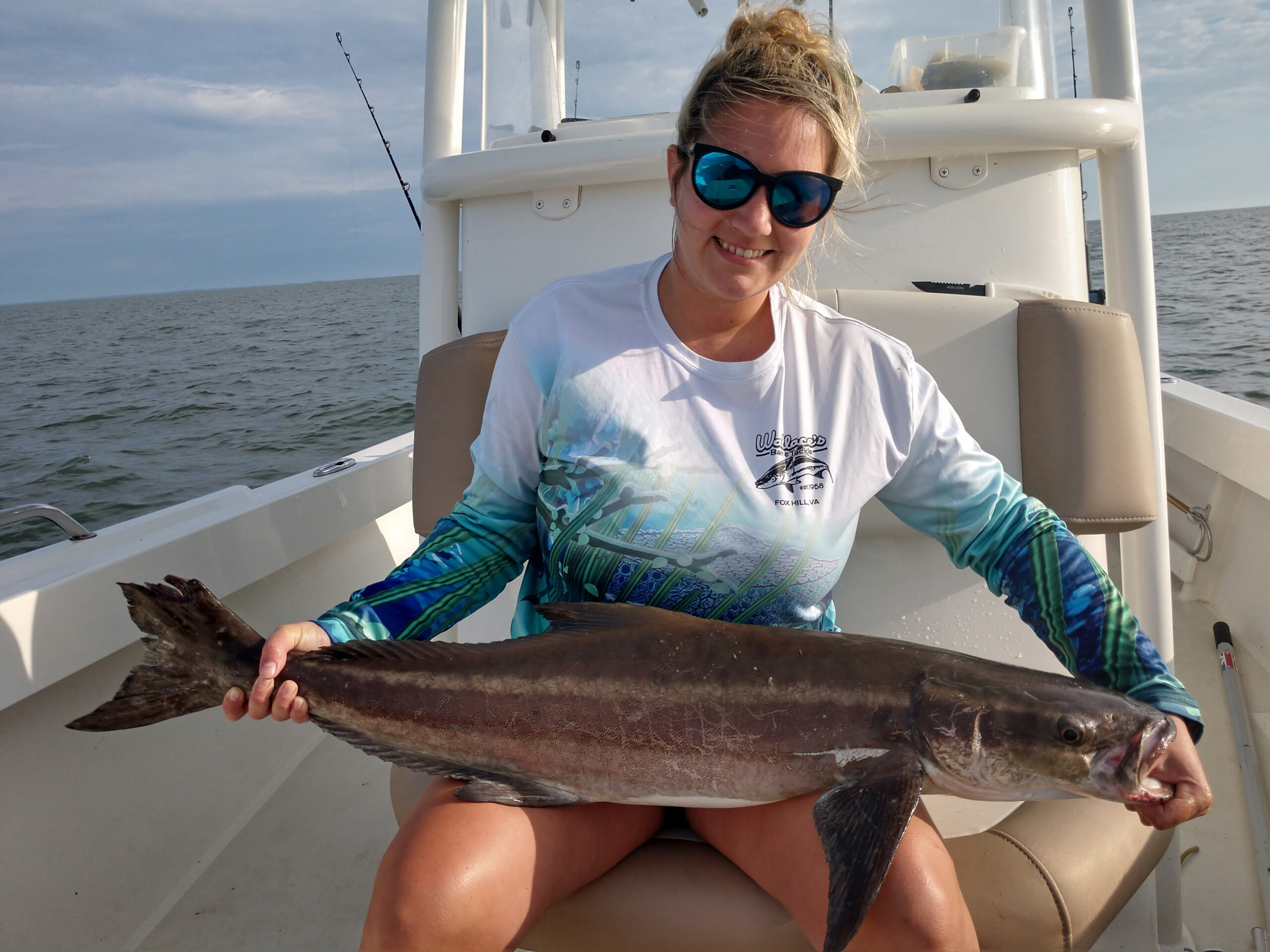 Cobia action is excellent. Most anglers are fishing live bait in chum slicks. But always have a rod ready to sight cast. Last Friday Dr. Ken Neill and co-worker Meghan Wells tagged and released 3 cobia before the sharks moved in. 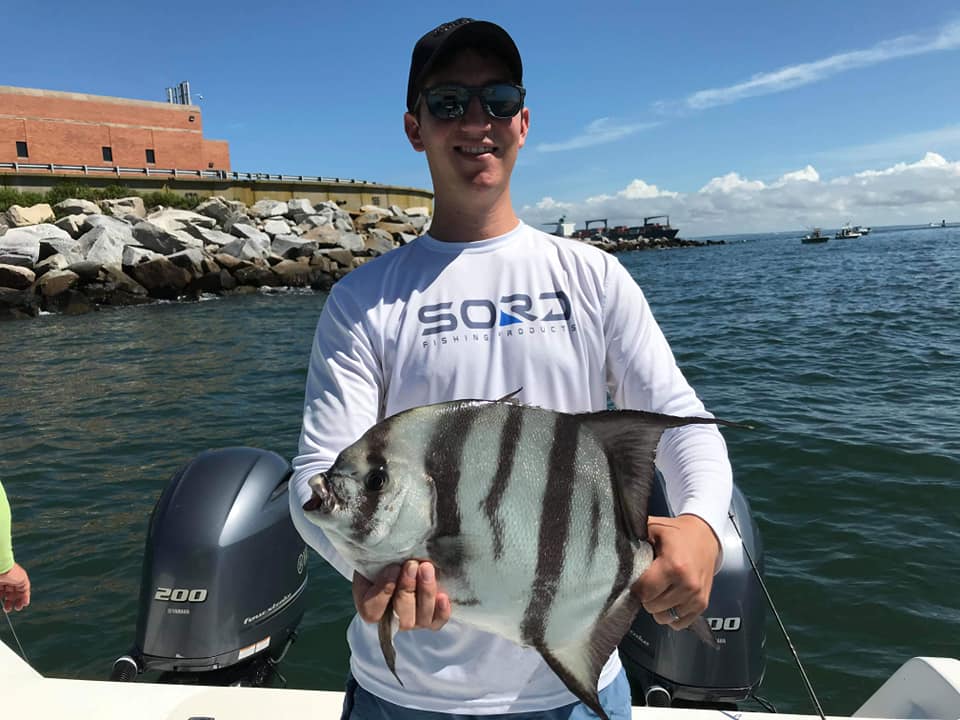 Spadefish are around buoys, pylons of the CBBT and the Chesapeake Light Tower. Anglers fishing with Aquaman Charters did well last week and Captain Craig Paige, Paige II Charters got in on the action.

Flounder catches are on the rise. Look for them along the CBBT, around inshore wrecks and artificial reefs throughout the lower bay and along the coast. Connie Barbour at Long Bay Pointe Bait and Tackle says some flounder have been landed inside local inlets.

The newest species to target are big amberjacks, they are at the towers. Coastal wrecks are holding bluefish, amberjacks and triggerfish.

VBSF would like to send prayers to the family of Captain Bill Jenkins who lost his life during a charter this week while trying to save an entangled sea turtle. Bill was running a charter fishing trip Thursday when he noticed a sea turtle tangled in some sort of rope a couple of miles off Virginia Beach. He decided to jump in to free the creature. He began to struggle, members of his charter jumped in to help, as another called 911 for help. God bless he and his family.