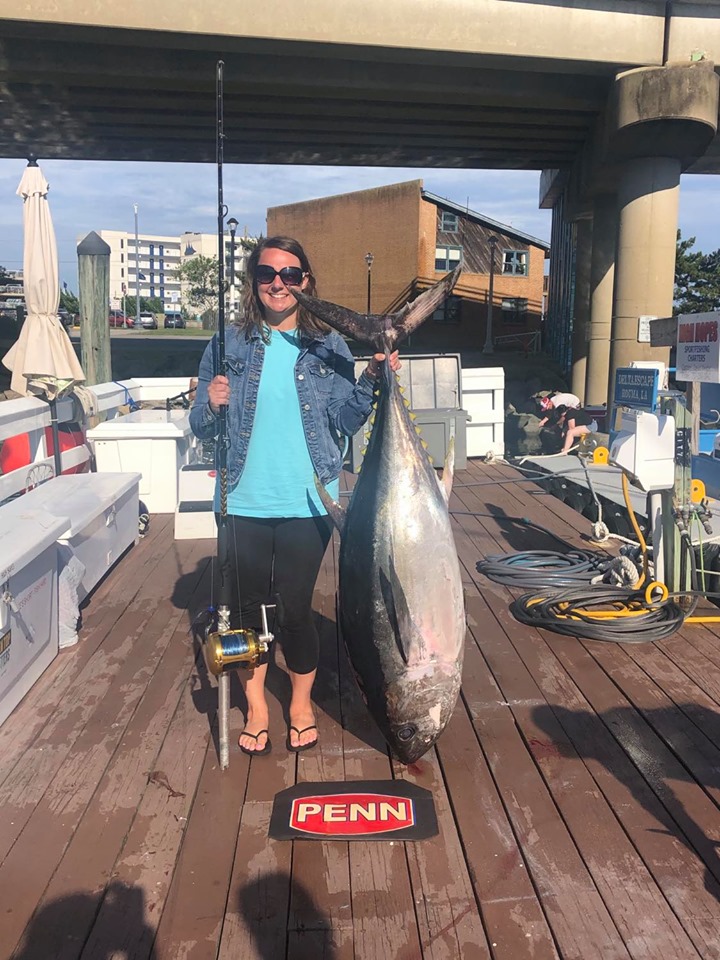 There are plenty of options for Virginia saltwater anglers now!

Captain Jake Beck from Knot Wish’n charters says …. “Summer is here, water temps are cool in the morning and warm to 75 in the afternoon. The spanish bite is In full effect and lots cobia and red drum are migrating north.” 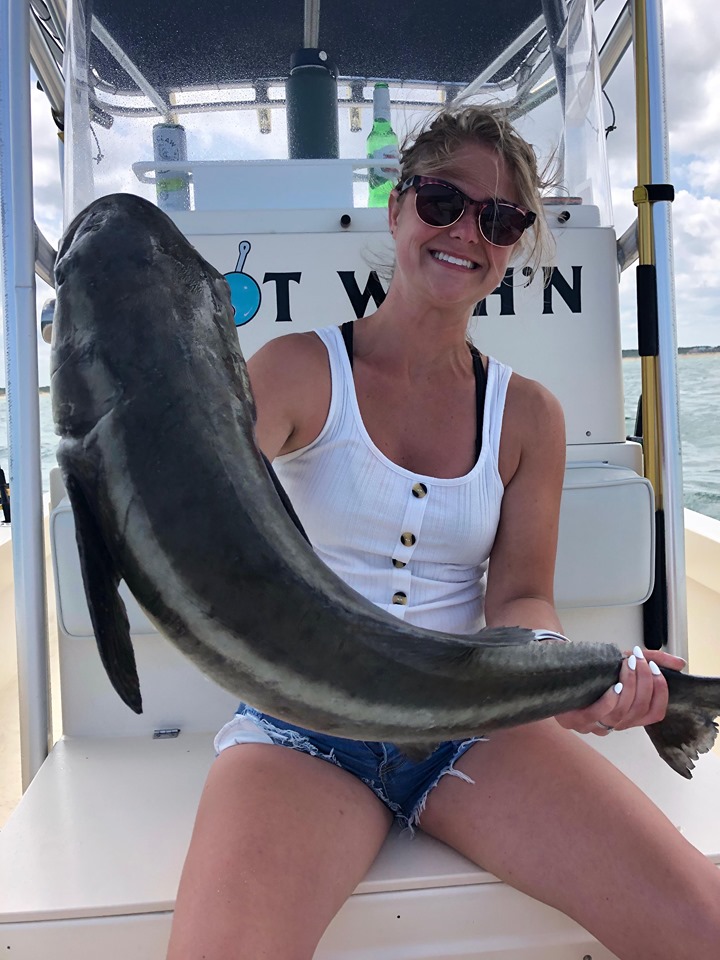 Both cobia and drum are available throughout the lower bay. The cobia action is outstanding. They are being caught from the Chesapeake Bay Bridge Tunnel to Windmill Point. Catches are also coming from the oceanfront just offshore. Anglers are chumming and sight casting, sight casting seems to be how most fish are encountered. Anglers fishing the bottom with cut bait are picking up the trophy red drum. The area around the Bridge Tunnel Islands and the Eastern Shore shoals are hot spots. 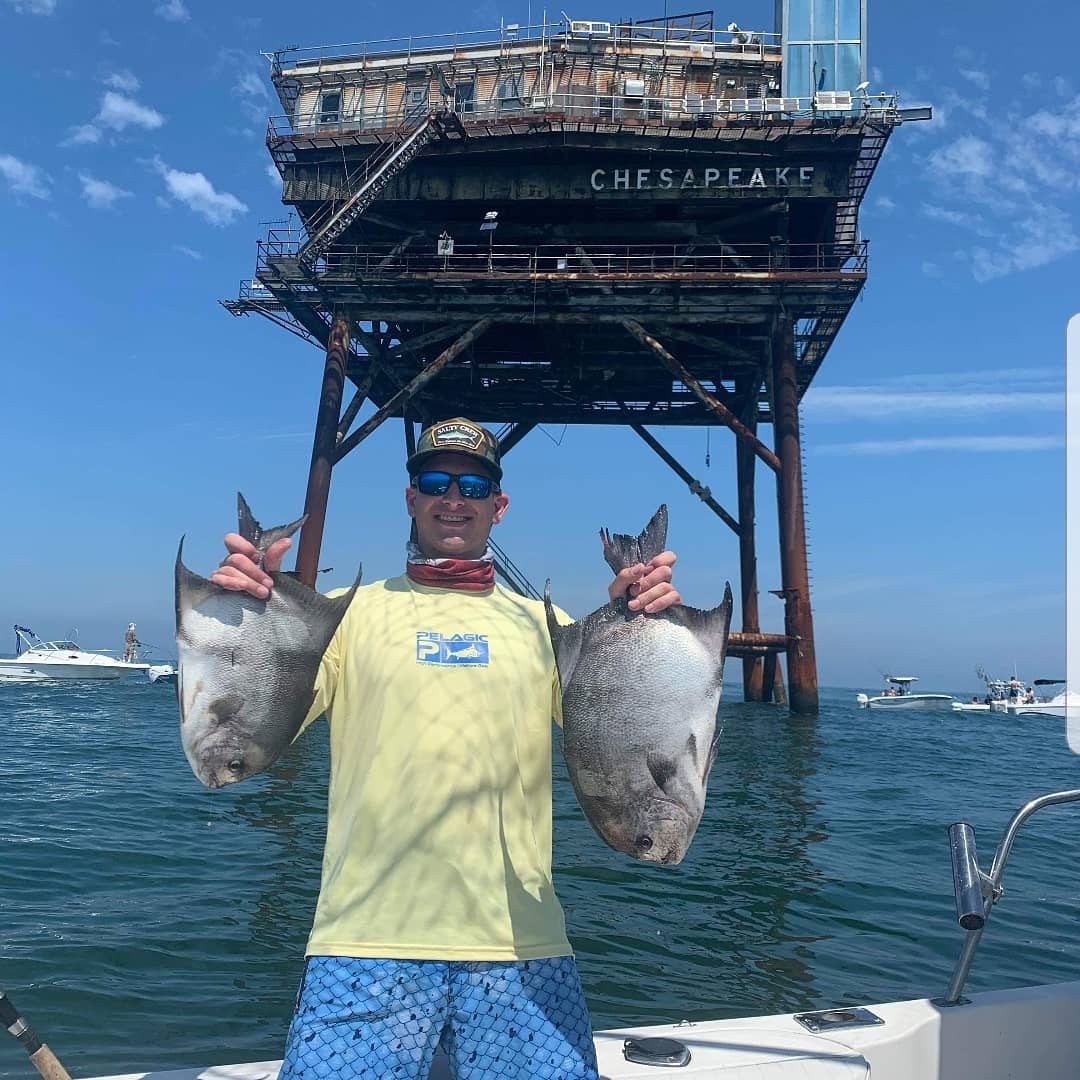 Matthew Kuehn at the tower

The spadefish and sheepshead are on structure now. Most of the big spades are coming from the Chesapeake Light Tower. The sheepshead are hanging around bridge pilings. Look for both these fish to thicken up at the Bay Bridge Tunnel and The Cell. 8 pounds is the minimum size for a state trophy recognition citation spade fish.

Flounder action is picking up inside the bay. Large flounder are showing up near the bridge tunnel. There have been some catches coming from inside Rudee and Lynnhaven Inlets as well. 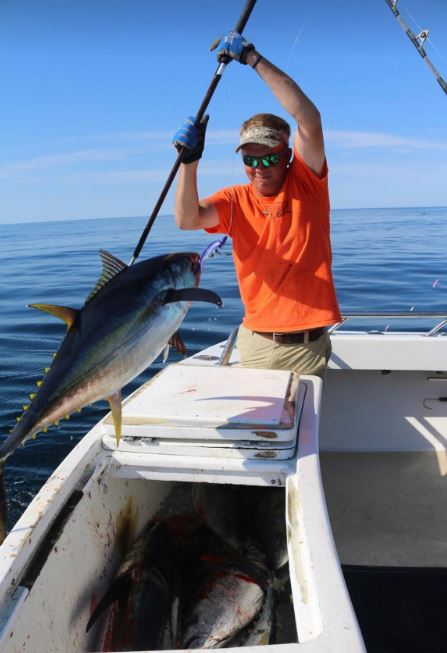 Virginia’s offshore tuna season is picking up. Yellowfin and bigeye tuna catches are showing up on local docks. Captain David Wright and crew on the High Hopes landed a really nice 121 big eye tuna Saturday. To the south in Carolina, boats have found schools of yellow fin and big eye tuna mixed, busting the surface. There have also been some good tuna catches reported to our north by boats fishing from Ocean City, MD. So now Virginia captains will have to decide which way to run each morning. Look for dolphin catches to pick up anytime.

The surf is providing pompano, bluefish, and sea mullet. There have been some large sharks landed in the Nags Head and Hatteras surf. There are still some big drum around Hatteras.

Offshore boats have been limiting early on tuna with a lots of big eye tuna in the mix.

Inshore boats are catching blues and large spanish mackerel to 6 pounds trolling. Sheepshead and puppy drum are available in the sound and near bridges. 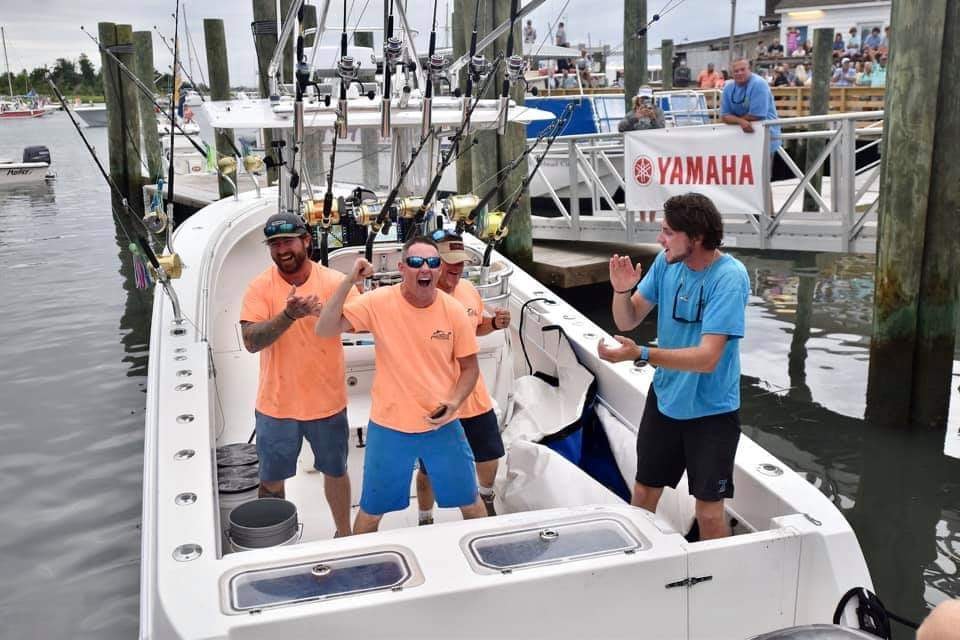 A big congratulations to Pelagic Hunter II on being the second outboard boat to ever win the 62nd annual Big Rock Blue Marlin Tournament. Their 495.2-pound marlin topped the leaderboard.

Behind the Scenes: view from the bridge of happy fishing folks cranking them in aboard the Rudee Angler on this week’s offshore trip