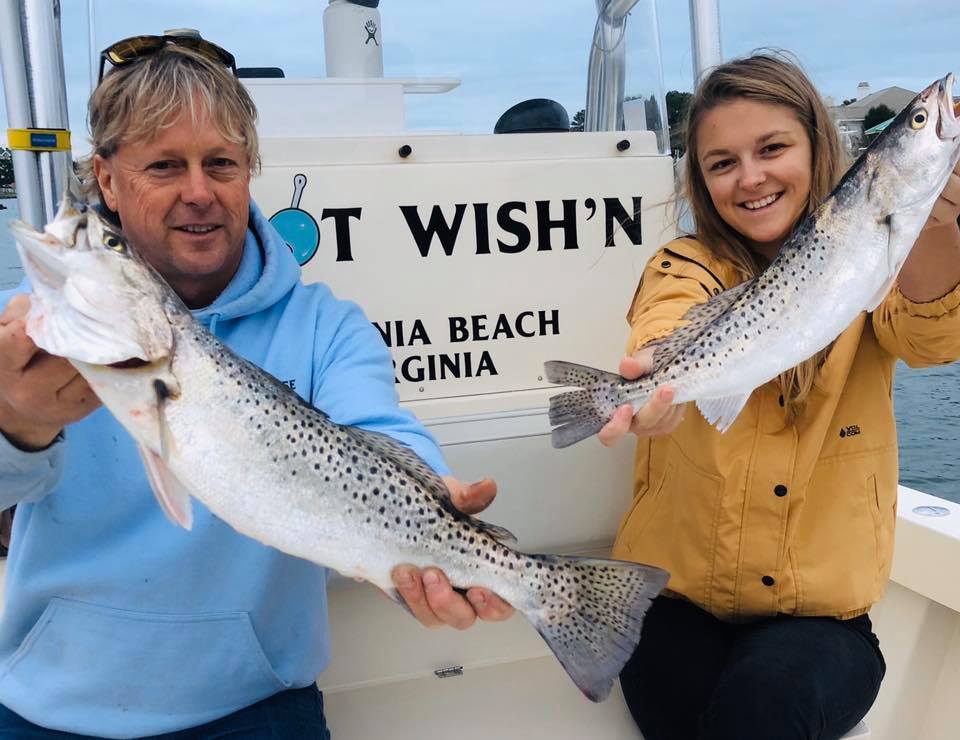 Speckled trout fishing has been super. Anglers are having success inside all the local inlets and on tidal rivers near the bay. Fishing on the Eastern Shore bay-side has been especially good. The trout season should be peeking.

There are plenty of school-sized striped bass available especially around bridges and docks with lights. Anglers are casting light tackle such as swim baits and bucktails.

Tautog catches at the CBBT should be on the rise. The bay water temperature is now in the low 60’s. Tautog action should continue as water temps drop into the upper 50’s. Ocean wrecks often hold larger fish. Crabs are always your best bait. 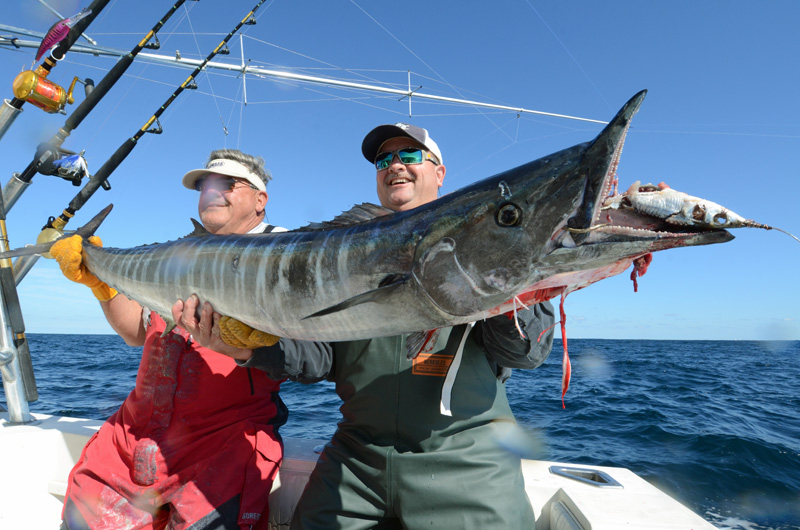 Thanks to a couple of warm water eddies that spun off the gulfstream Virginia has enjoyed some outstanding late season bluewater action. Lots yellowfin tuna, some albacore tuna, dolphin and a few billfish. But the headliner has to be the large number of wahoo. Very large wahoo, with several fish topping the 100 pound mark. The State Record sets at 122 lbs 1 oz, caught in 2012 by Susan Nelson. 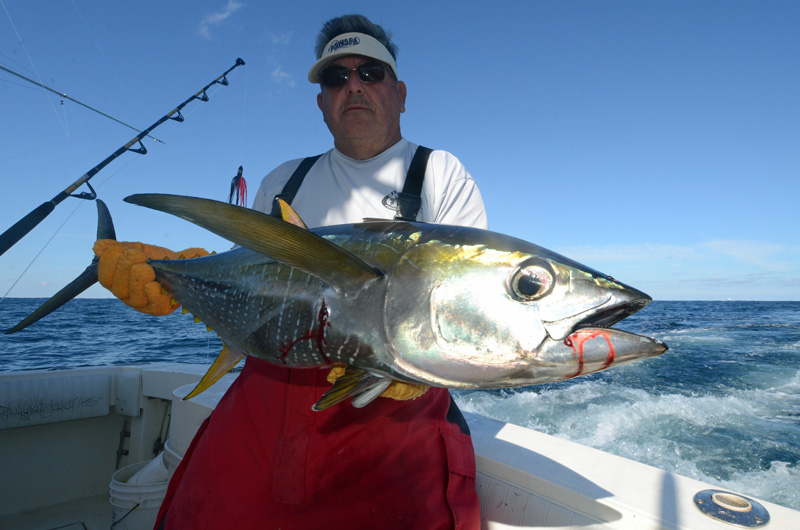 Inshore wrecks are holding plenty of sea bass and some tautog and flounder.

Stripers are inside the inlet around bridges. There has been some good action near the bridges on the west side of Manteo.

Speckled trout catches in the sound near marshy grass shorelines and near oyster beds has been very good.

The offshore fleet has been targeting the same warm eddies as the Virginia boats. Boats are returning with tuna, dolphin, wahoo and with a few marlin release flags flying.

Permanent link to this article: https://vbsf.net/2019/11/09/big-wahoo-lots-of-specks-look-for-taugs/