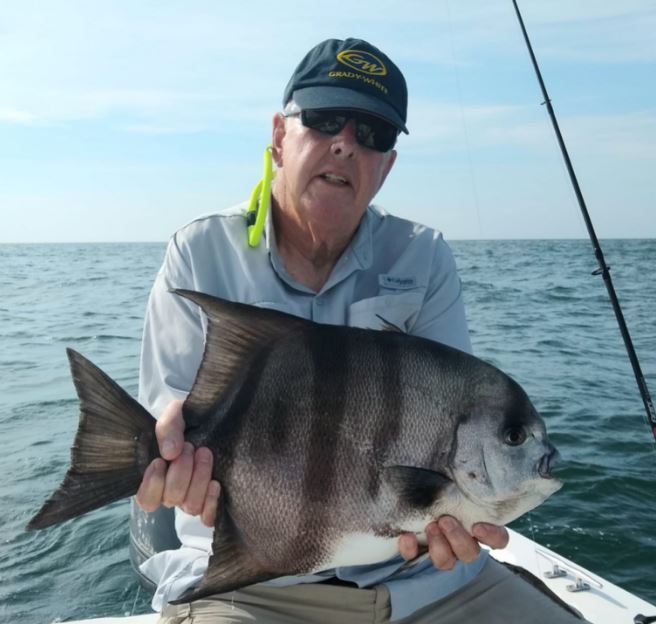 Water temp along the oceanfront and in the lower Bay jumped to 75 degrees this week. With it came a nice spanish mackerel bite.

Spanish are along the oceanfront and spanish and spadefish are at the Chesapeake Light tower. Captain Todd and Jake Beck, Knot Wish’n Charters kept their guest happy with some nice Spanish and Captain Craig Paige on Page II Charters has been catching a lot of spadefish.

Red drum and cobia are scattered in the lower bay. The cobia capture season doesn’t start until June 15th, but catch and release is fine now and you can earn a release citation for cobia 50 inches or greater. Dr. Ken Neill and Stan Simmerman did some chumming this week and released four and missed a few more.

Sheepshead are being caught around the Chesapeake Bay-Bridge Tunnel.

Flounder, puppy drum and small spot and croaker are in the inlets.

Anglers fishing live bait at night under the Lessner Bridge are catching stripers. 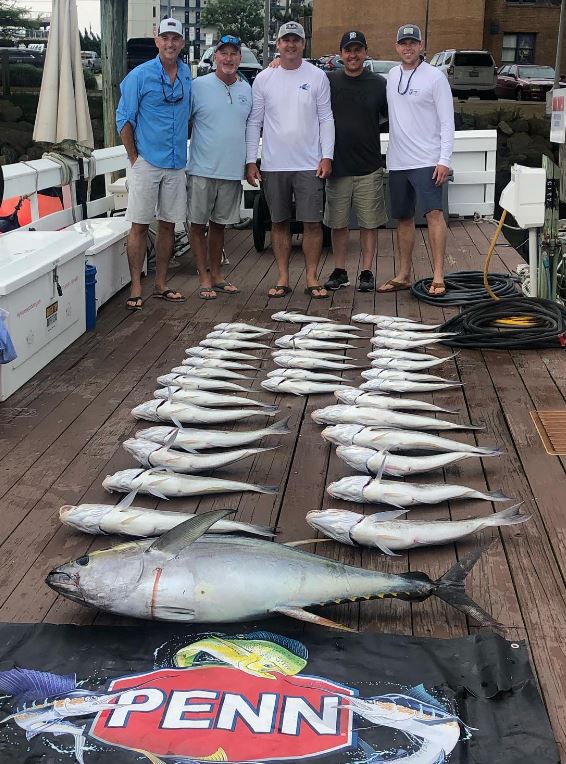 Big eye, yellowfin and bluefin tuna made a good showing off Virginia Beach this week. I received one report of a nice bite 15 miles east of Norfolk canyon. A few mahi were also landed. Boats departing Oregon Inlet are also returning with lots of tuna, so the bite is pretty wide spread. Above, Captain David Wright on the High Hopes picked up a nice big eye and some tilefish. Aquaman Charters has been catching tuna and tilefish on their offshore trips. 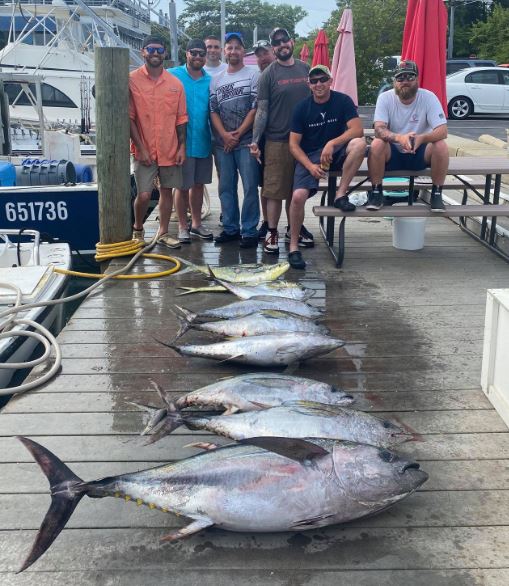 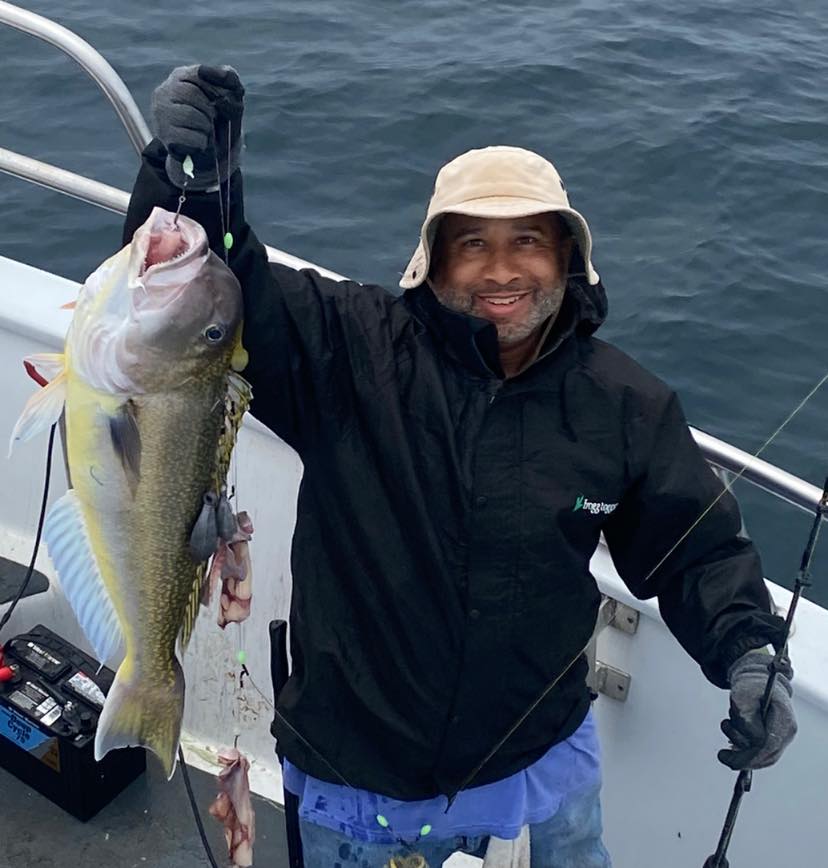 Rudee Tours is running up to 70 mile, 17-hour offshore trips in search of tilefish, black sea bass, blackbelly rosefish, and more. They run a variety of shorter trips inshore and offshore.

Permanent link to this article: https://vbsf.net/2021/06/12/mid-june-virginia-beach-fishing-report/