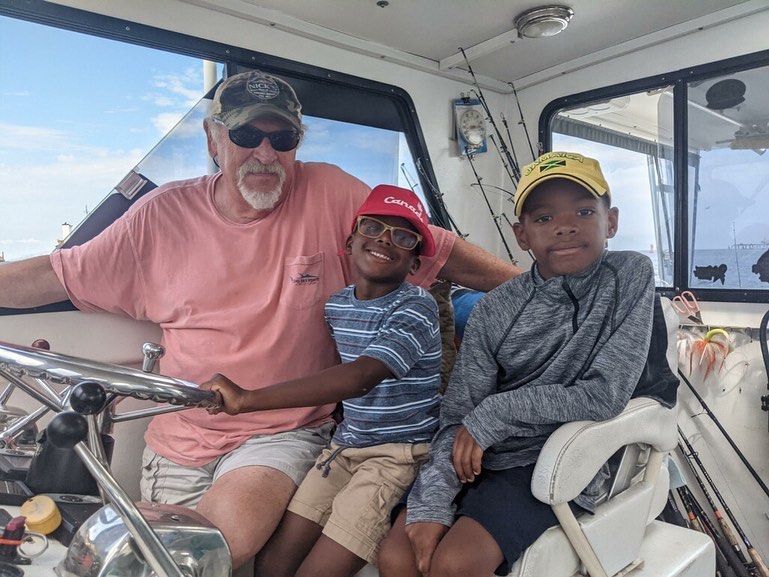 Summer is winding down. Parents and kids have a couple more weeks to enjoy the water before school begins. The vacationing crowds will start to thin out, but not the fish. Good opportunities continue for local anglers. 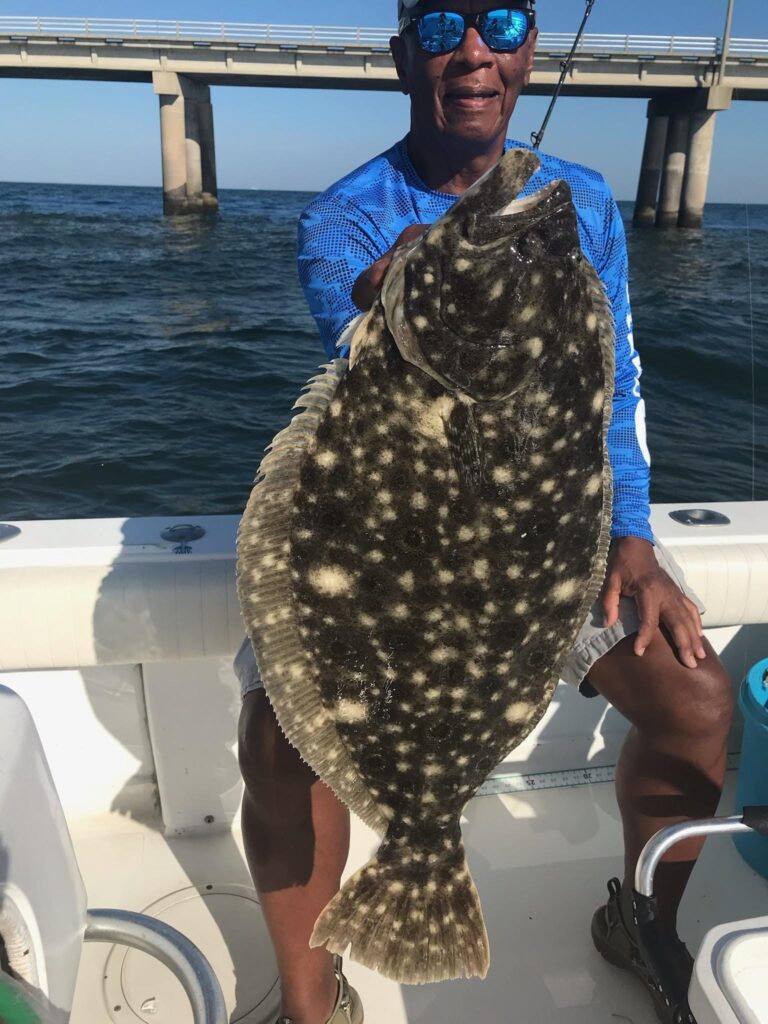 Flounder did not disappoint this week and their numbers and size should get better through September. The CBBT, the Cell, artificial reefs and ocean wrecks are holding fish. Bucktails and strip baits work well, but live spot is best for larger flounder. Pictured is a nice flatfish caught onboard the Paige II with Captain Craig Paige. Craig is one of the best flounder guides in Tidewater.

Spanish mackerel are still available along the oceanfront and in the Bay. Trolling with a Drone or Clark spoon behind an in-line sinker or diving planer works well. Using a surface bird in front of a spoon will attract bites. Anglers trolling larger diving plugs are picking up some monster size ribbon fish in the same areas.

Look for nice king mackerel to show up anytime. They are most likely feeding on the large number of ribbonfish.

Cobia fishing is peaking. Late August through September is best. This is when some of the largest fish seem to be weighed. Many charters are reporting limits. Sight casting with live eels is the most effective method. 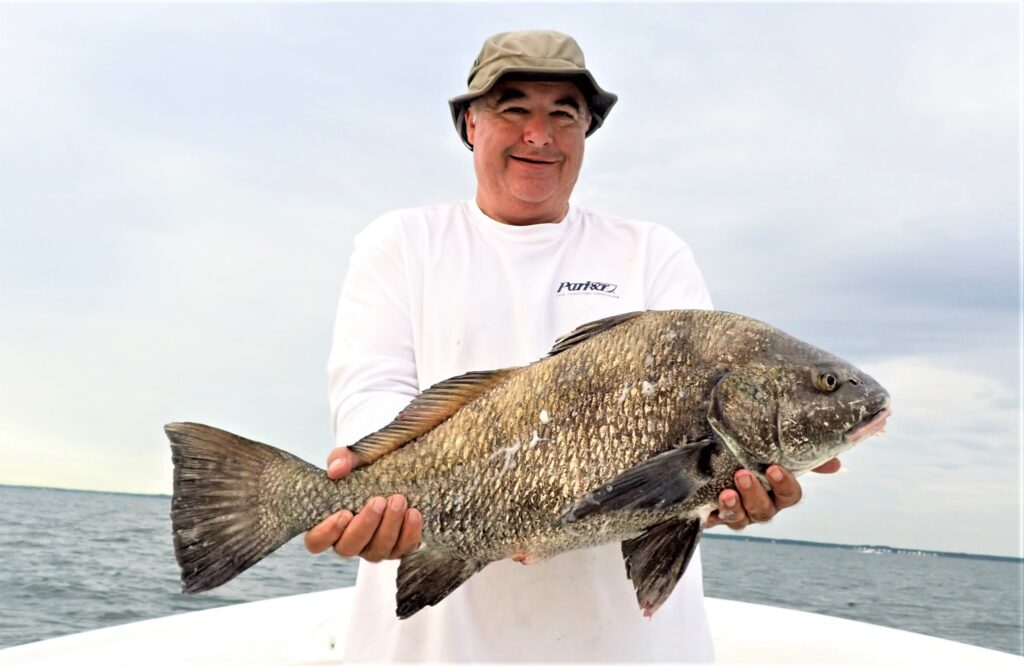 Red drum are still around but catches of large fish seems to have temporarily slowed. Black drum are being caught in the same areas as the reds. Dr Ken picked a nice little black drum on his last outing.

Spadefish, sheepshead and a few triggerfish are hanging around the CBBT pilings and islands.

Schools of large yellow belly spot will start showing up in local waters soon. They provide great action for families with young anglers. When they are biting you can catch them two at a time as soon as your bait hits bottom. Bloodworms seem to work best but bloodworm flavored fishbites will do the job as well.

The speckled trout bite has picked up slightly in bayside creeks along the Eastern Shore. 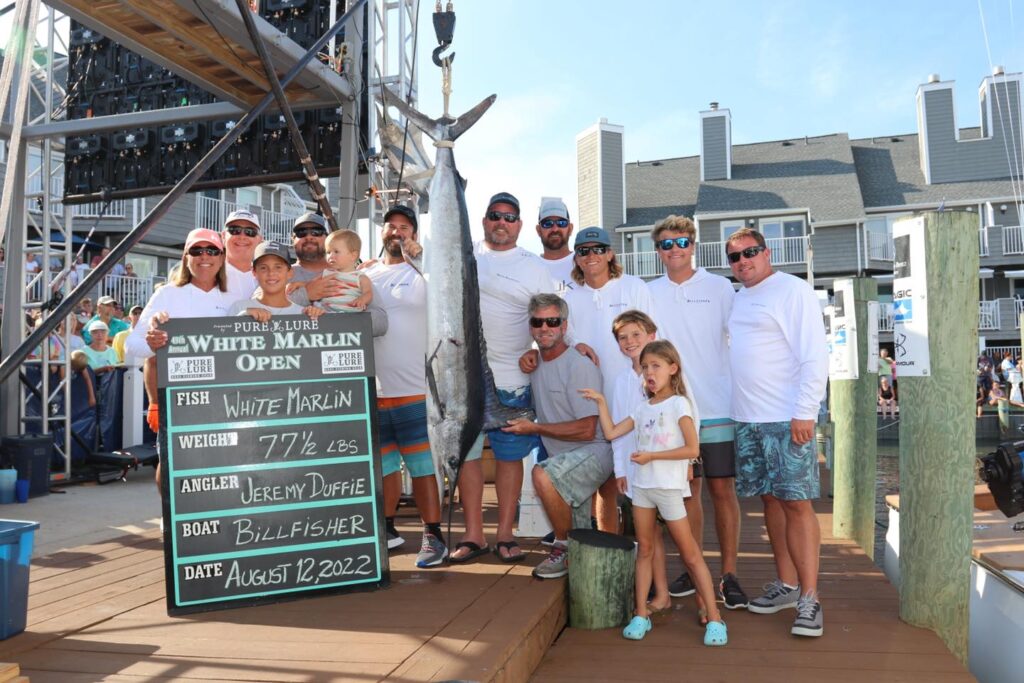 We have a winner!

Offshore fishing is good. Anglers are catching tuna, wahoo, dolphin and blue and white marlin. Congratulations to angler Jeremy Duffie and crew of the boat “Billfisher for their 77.5 pound white marlin caught in the Ocean City White Marlin Open. While not a world record fish, the winning payout was!  The Billfisher crew took home over $4.5 Million.

The 19th Annual Virginia Beach Billfish Tournament is taking place August 24-27. You can follow the action at  https://vbbt.com/

Until next week, remember to book a VBSF sponsor and send us your pictures for our next report.