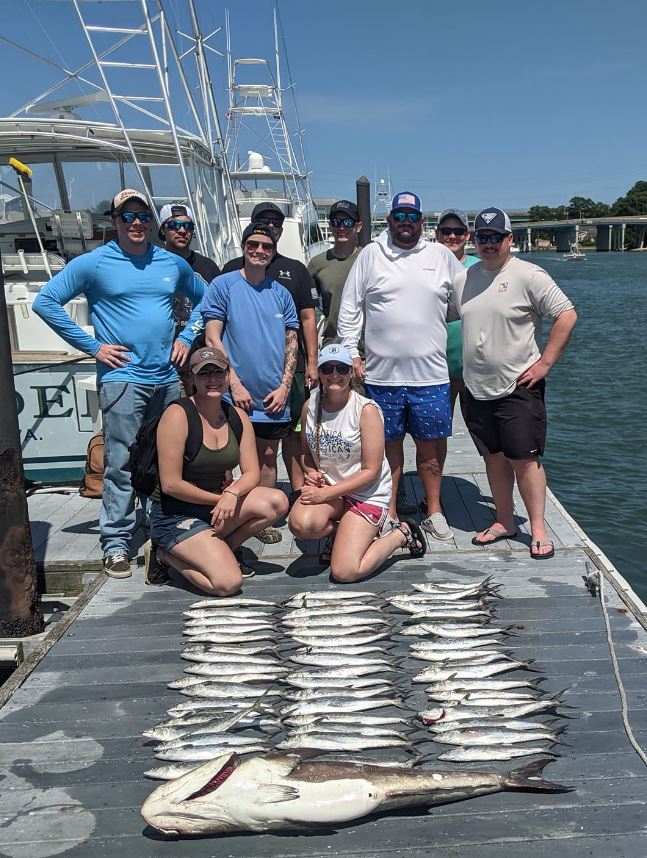 Beautiful day on the water for Ocean Pearl Charters, and the fish decided to cooperate as well. The Spanish were no problem. Visibility was perfect. They saw 15 cobias, 13 didn’t want to bite, but 2 did. 1 was a short and 1 was a beautiful 48 incher.

The Cobia bite in the bay remains strong. Most are being caught in chum slicks on live eels. Sighted on the surface cobia will hit just about anything you put in front of them. Live eels, spot, menhaden, mullet, large spoons, white buck tails, plastic eels, swimming plugs or cut bait. Keep a lookout for them around buoys and other structure, like the islands and pilings of the CBBT. 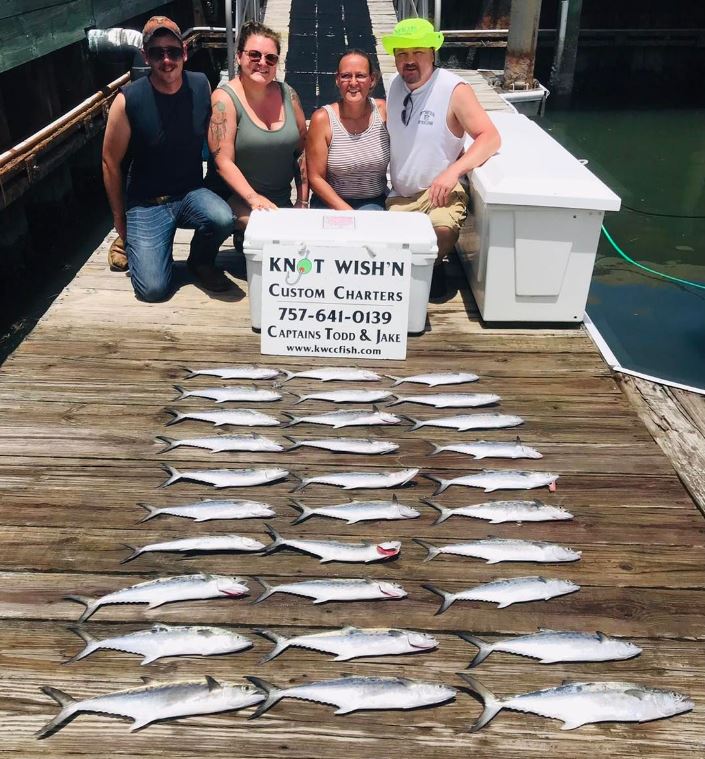 A nice class of spanish mackerel are available along the ocean front, near the CBBT and as far north as the York Spit area. Taylor blues are mixed in. Charter boats are trolling small Drone or Clark spoons behind small planers. With so many large mackerel around the Virginia State record of 9 pounds, 13 ounces could be in jeopardy!

Many are returning with both spanish and spadefish. Look for spades around the Chesapeake Light Tower, ocean and bay buoys and the pilings and rock islands of the CBBT. Spades fall to fresh clam. Float a small piece on a small hook in front of them. Once sighted many anglers like chumming the fish up behind the boat. 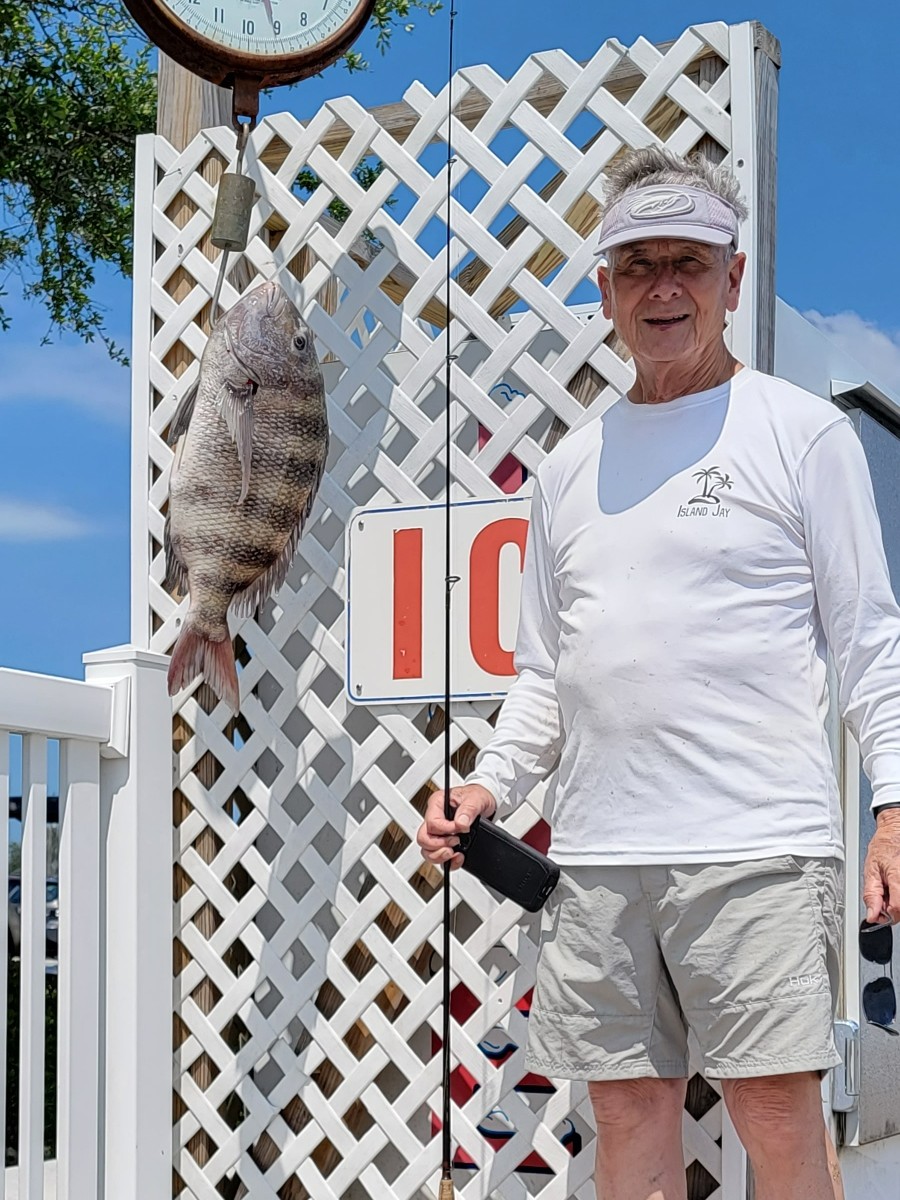 Sheepshead are hanging around structure. They feed on barnacles and crabs that live on the columns.  On May 30, 2022, Randy Morton fishing the Chesapeake Bay Bridge Tunnel landed a 4.14-kilogram (9-pound, 2-ounce) sheepshead. Randy can potentially set the IGFA Men’s 4-kg (8 lb) Line Class World Record for the species. This large sheepshead fell for a fiddler crab on a jighead and was landed after a short fight. Randy took it to Long Bay Pointe Bait and Tackle for an official weight on a certified scale. This record is currently pending and under review. Congratulation Randy!

A number of anglers found large schools of red drum this week. Anglers are having success sight casting and bottom fishing. 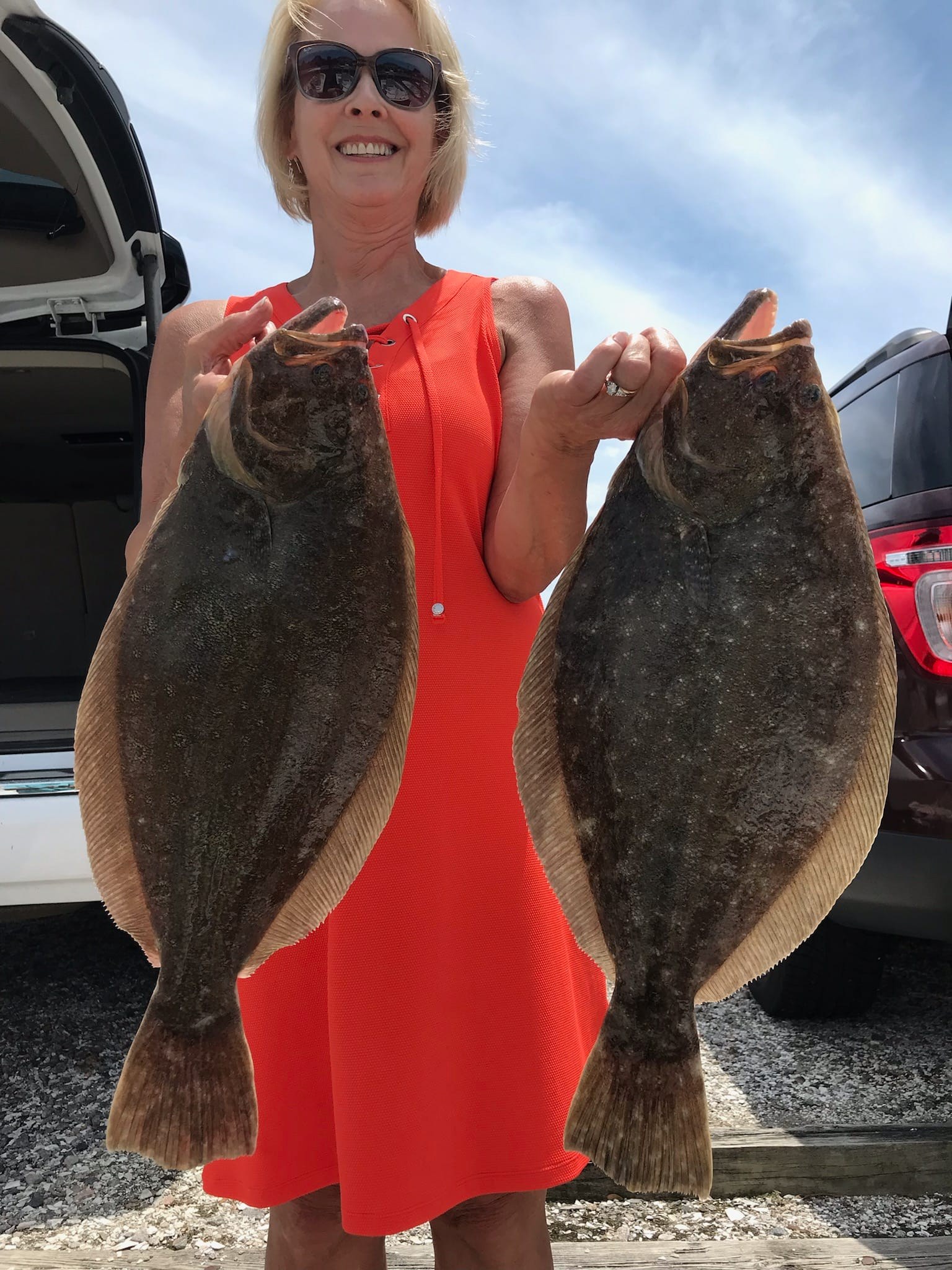 Flounder catches are on the increase. Some of the larger fish are being caught jigging bucktails tagged with strip baits or Gulps near the CBBT.

Look for seabass on offshore ocean wrecks and reefs. Tilefish are also available in the same areas.  There should be plenty of amberjacks around the towers and on offshore structure. 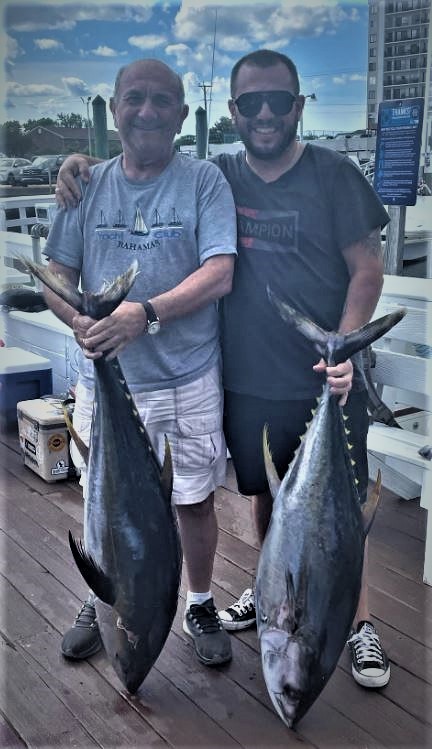 Keith Newman brought his father n law out for a day of offshore fishing on the High Hopes. They pulled the hook on a swordfish, caught a few bottom fish in addition to three pretty yellowfin tuna!