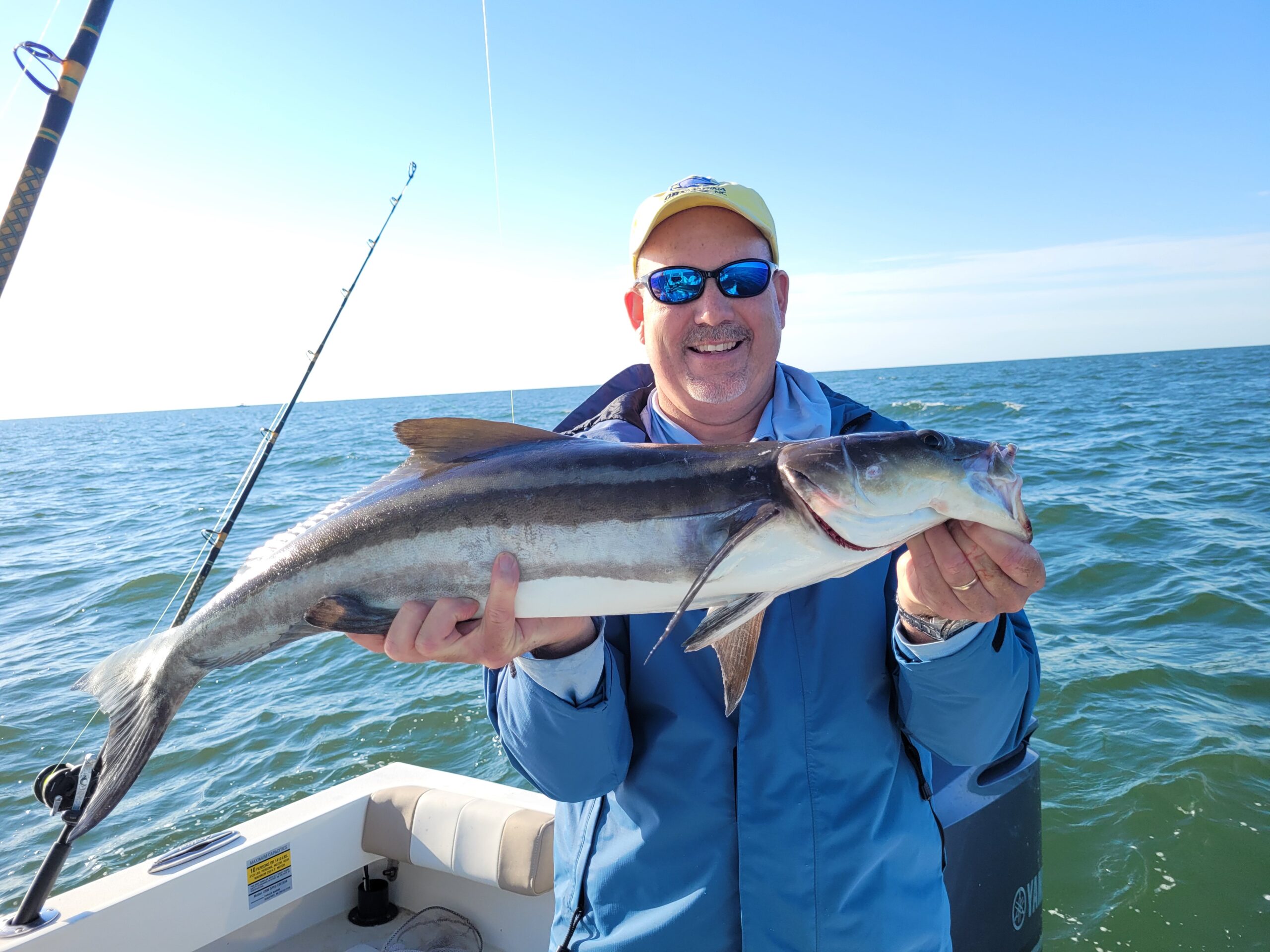 This week water temperatures rose to 72-73 degrees in the Bay and warm water extends all the way out to the Norfolk Canyon. There’s some 75-degree water along the beach at Sandbridge.

Cobia action remains good along the oceanfront and inside the Bay. They should be available for the rest of the summer. Watch for fish on the surface. Chumming is effective, create a chum slick and use live eels, live spot or croaker for bait. The fishery is all catch and release until June 15th. 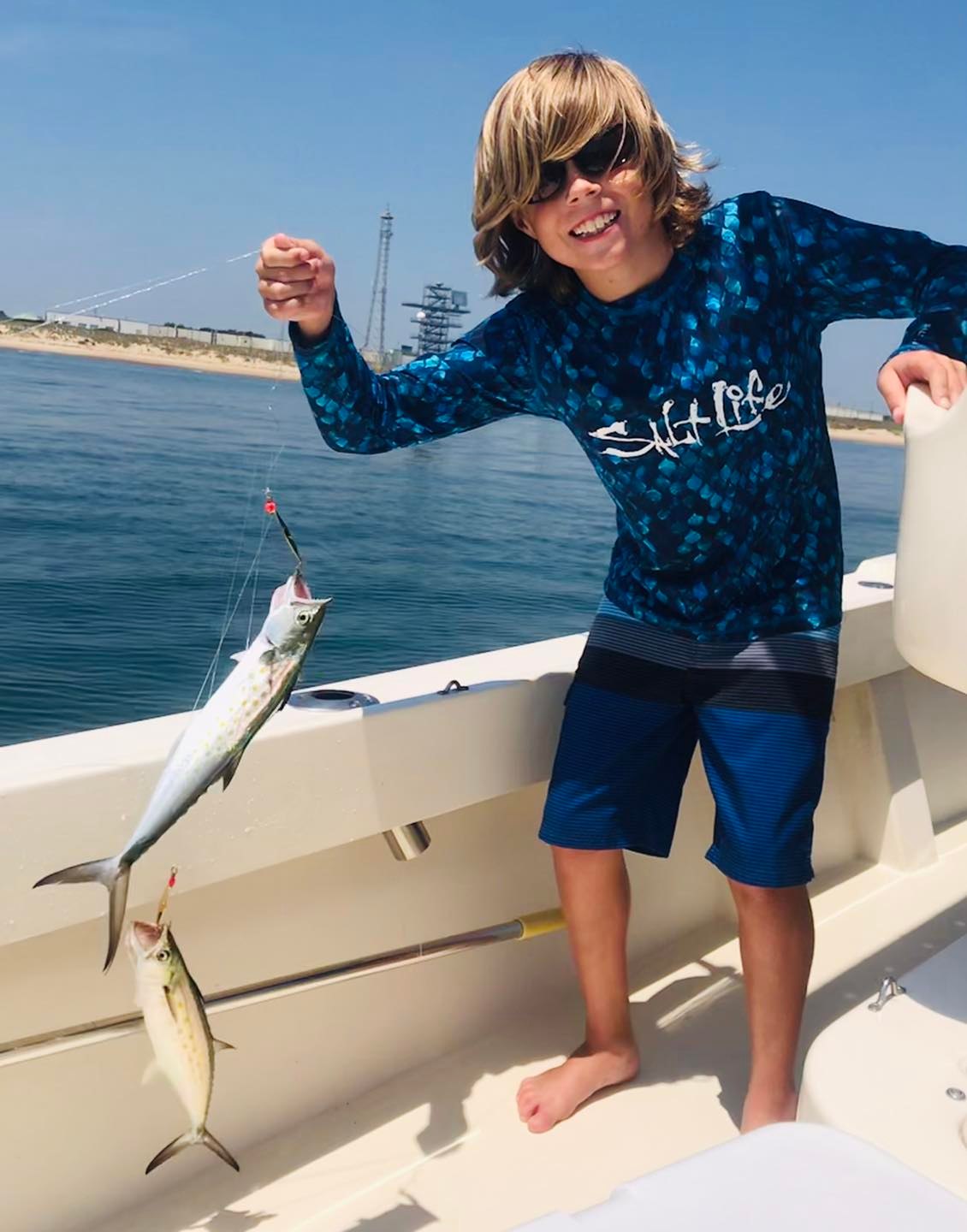 Spanish mackerel are available to trollers from Sandbridge to Cape Henry. A large class of fish has arrived  along the oceanfront and some smaller ones were caught in the tidal rips inside the bay. Captains are trolling small spoons like the 00 Drone or a 00 or 01 Clark behind a small plainer. Spanish mackerel average between 1 and 3 pounds but the Virginia state record is 9 pounds, 13 ounces. VBSF sponsors, Knot Wisn’n, Ocean Pearl, Paige II, AquaMan and High Hopes will be targeting spanish over the next few weeks. 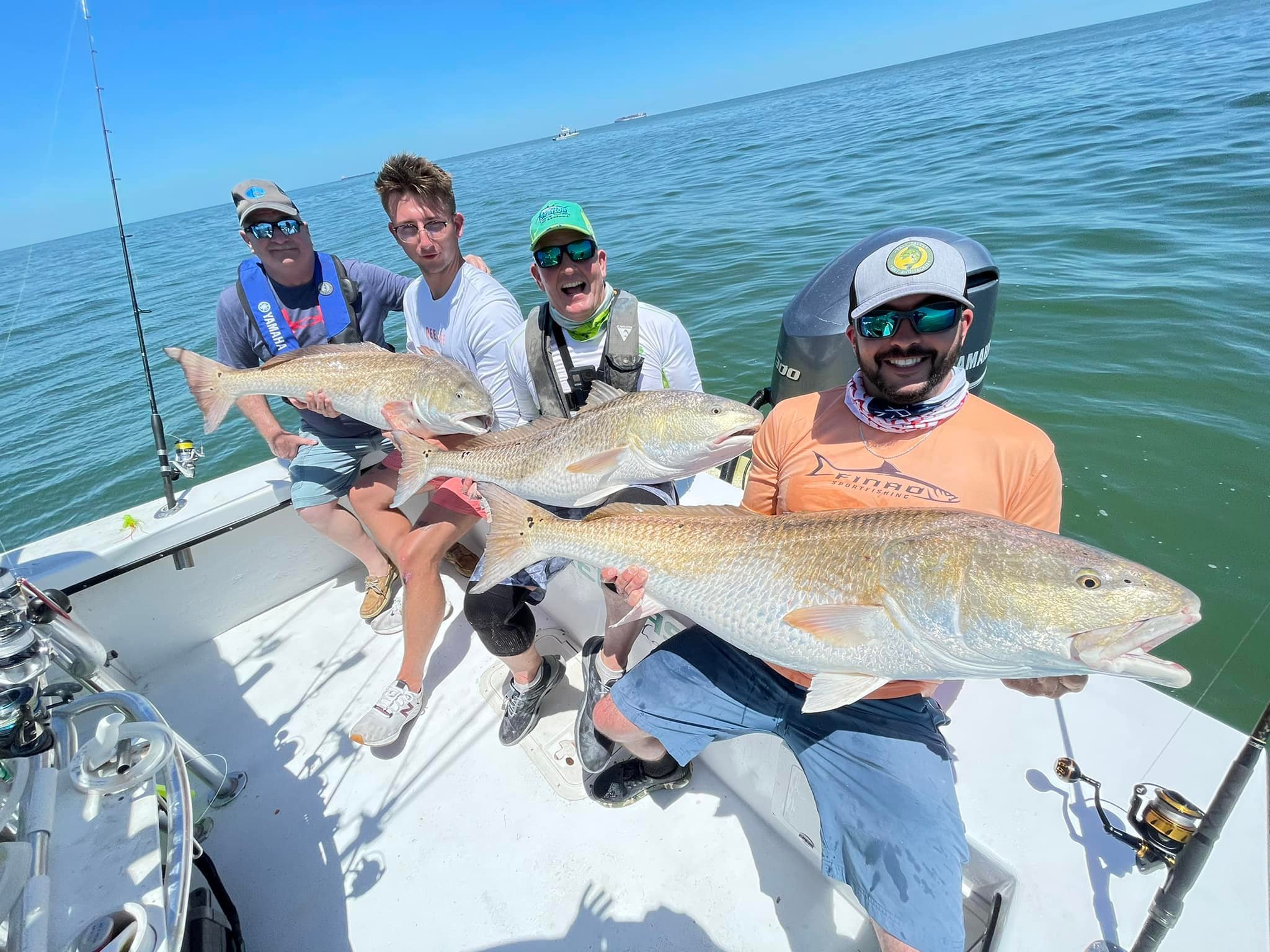 Red drum schools have been popping up along the oceanfront and around the shoals at the mouth of the bay. Some captains reported catching and releasing dozens last week, it’s just a matter of finding a large school.  Remember, approach schools slowly, so not to spook them.

Sheepshead are around the pilings of the CBBT.

The spadefish bite turned on this week. Look for spades around buoys, the pylons of the CBBT and at the Chesapeake Light tower. They tend to draw a crowd; divers, snorkelers and anglers, so pack some patience.

Anglers are picking up a few flounder and speckled trout inside Lynnhaven, Little Creek and Rudee Inlets. Specks are also being caught in the Elizabeth River. Look for small stripers inside Rudee Inlet. 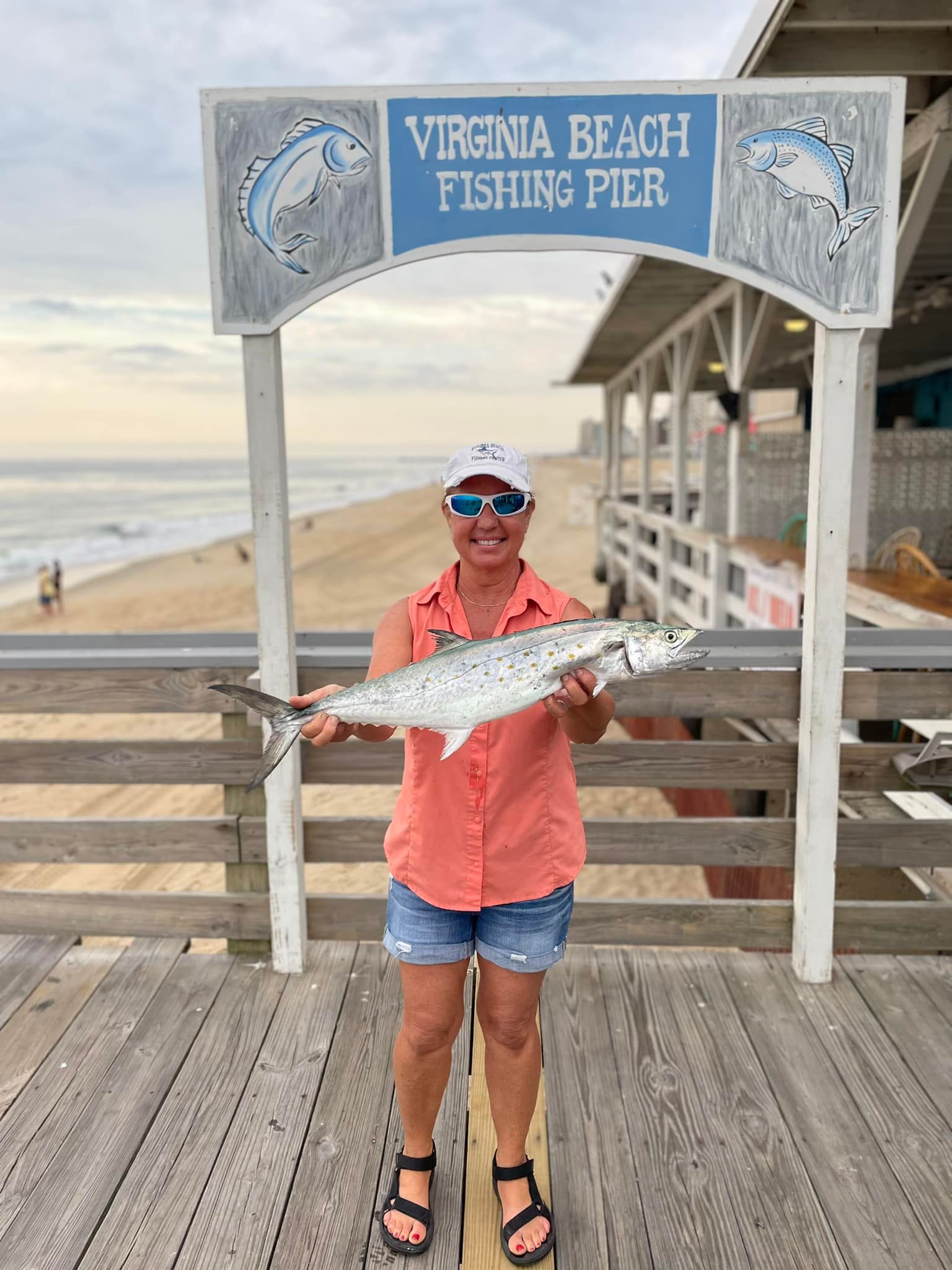 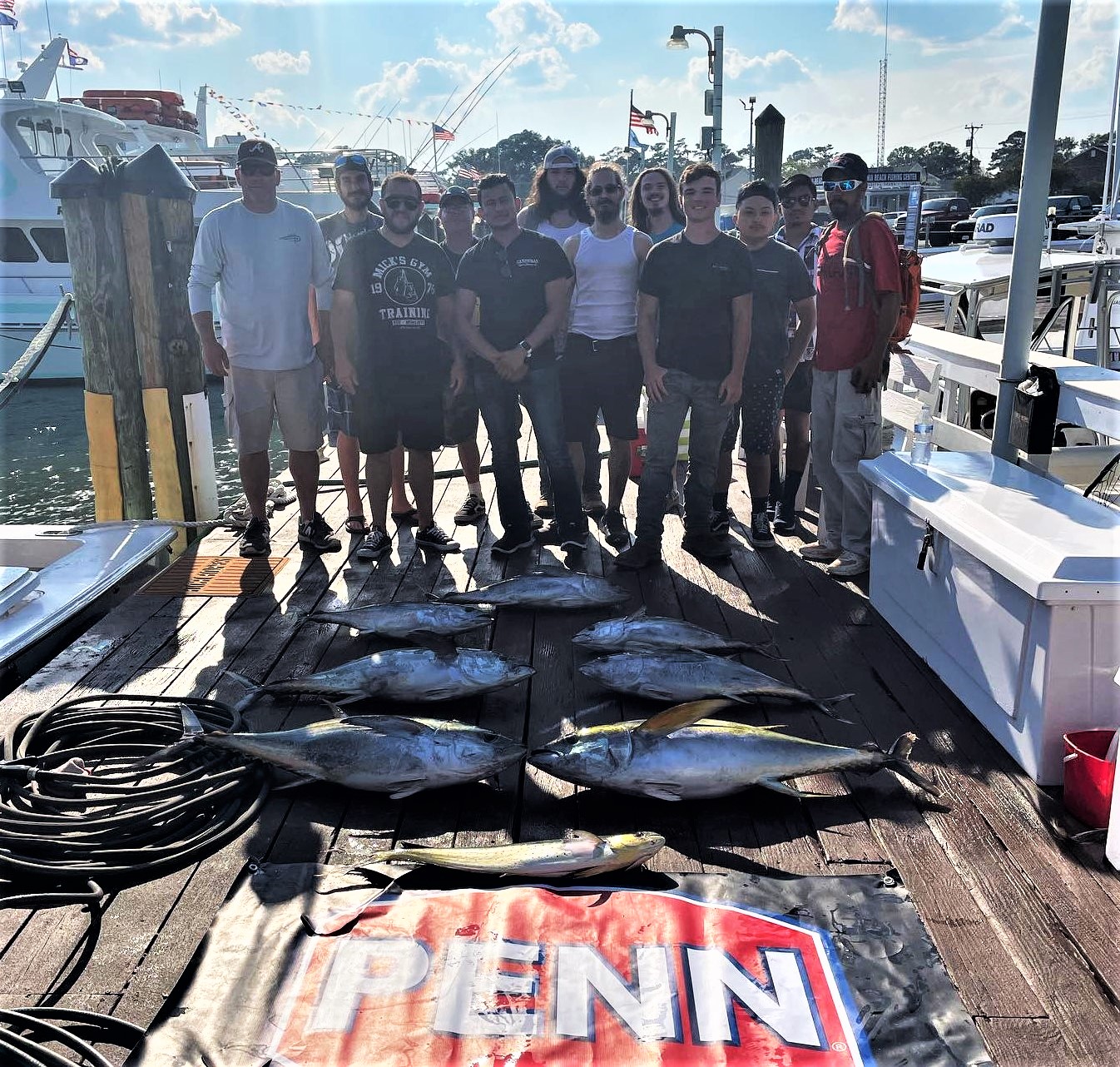 Virginia’s offshore, summer-time bluewater action is kicking in. Over the past week yellow fin tuna were caught, look for gaffer-sized dolphin numbers to increase. Captain David Wright on the High Hopes had a good offshore trip last week.

Be sure to book your VBSF charter boat sponsor and then send us your photos for our next report.

The VBSF crew will be out of town to take in the sights and sounds of the Big Rock Marlin Tournament down in Carolina.