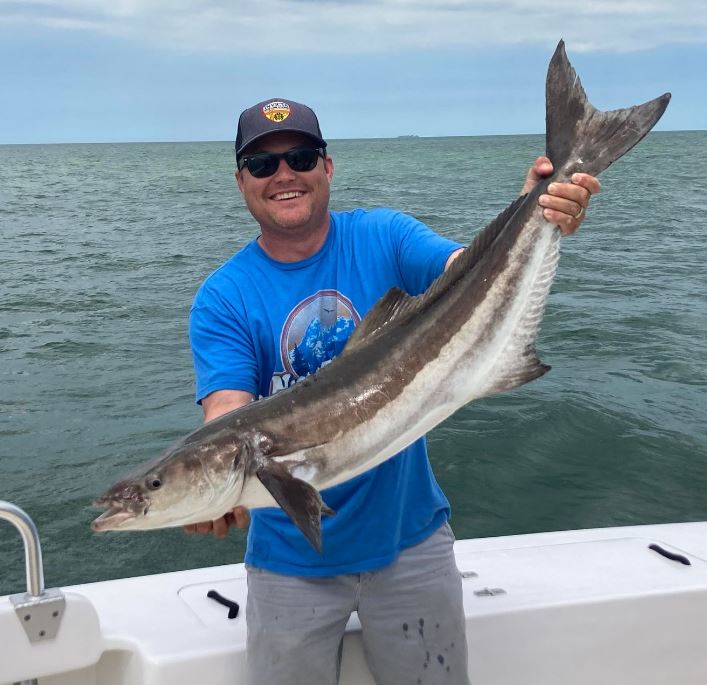 Water temperatures hit the magic 70 degree mark and lots of cobia arrived along the oceanfront and in the lower bay. Our cobia capture season opens June 15th, until then anglers are releasing them. Cobia will hit just about anything you throw in front of them, live eels, spot, menhaden, mullet, large spoons, white buck tails, plastic eels, swimming plugs or cut bait. They hang around buoys and other structure, such as the islands and pylons of the CBBT. AquaMan Charters On The Red Drum

The red drum bite really took off. Schools of fish were encountered along the oceanfront and in the lower bay. When encountering schooling fish on the surface, you should approach slowly and not spook them.

Another hot spot for 25 to 50 pound feeding red drum will be near Latimer shoals. Trolling spoons or bucktails over and around the shallows or by anchoring nearby and fishing fresh cut spot, menhaden or blue crabs are the best methods.

We have enjoyed an outstanding black drum season. Continue looking for them along the shallow channel ledge running from Fisherman’s Island to Cape Charles. Good spots are Kiptopeake, the Cabbage Patch and the Concrete Ships.

Sheepshead numbers are increasing and fish will be available through September. The best baits are fiddler crabs, sand fleas or clams. The average size sheepshead is 3 to 8 pounds. Some larger ones were caught this week.

Spadefish have arrived on the buoys, look for them at the light tower and around the CBBT as well. 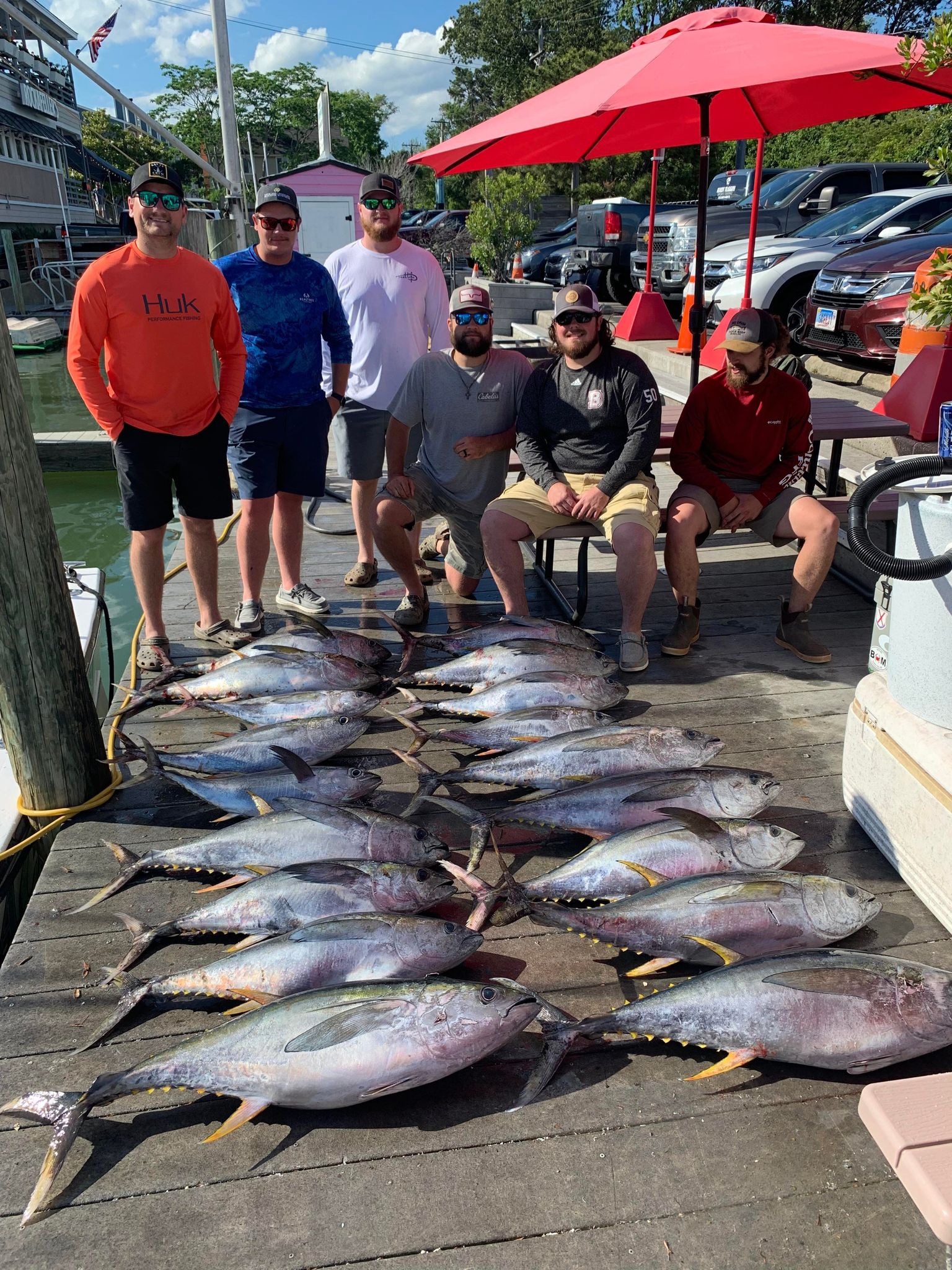 Offshore anglers are enjoying a great tuna bite. Hope the bite continues until the Virginia Beach Tuna Tournament June 22nd – 25th. Boats running out of Oregon inlet have been finding large gaffer dolphin, and billfish numbers are on the rise. 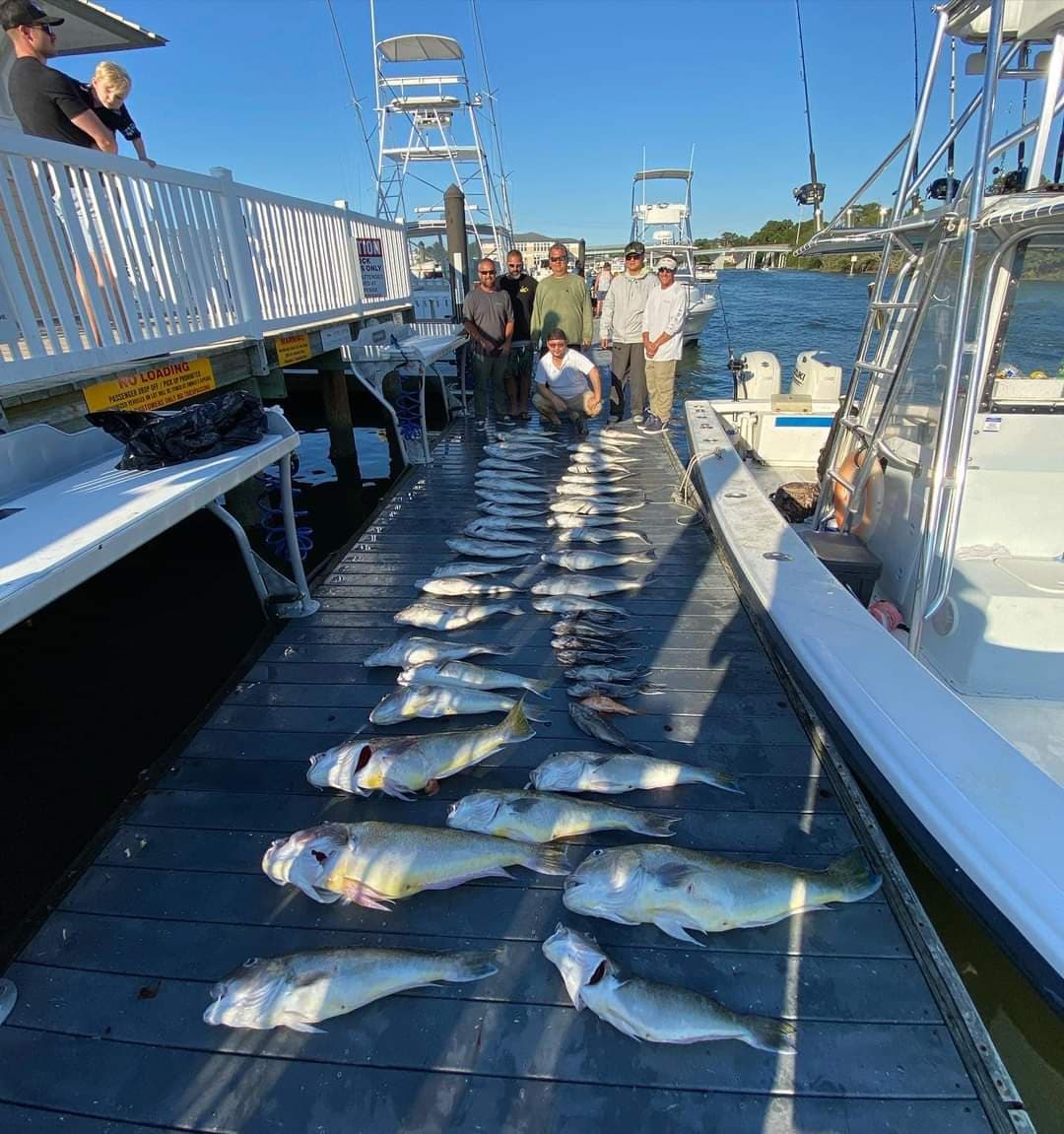 Tilefish On The Dock At Long Bay Pointe Marina

Sea Bass fisherman are reporting limits of Jumbo’s in short order! Further offshore at the canyons deep-droppers are finding plenty of tilefish and a few snowy grouper along with other bottom dwellers.

If you want to get in on the action, give a VBSF charter boat sponsor a call. Then send us your picture for our next report!

Permanent link to this article: https://vbsf.net/2022/05/31/great-fishing-off-virginia-beach/