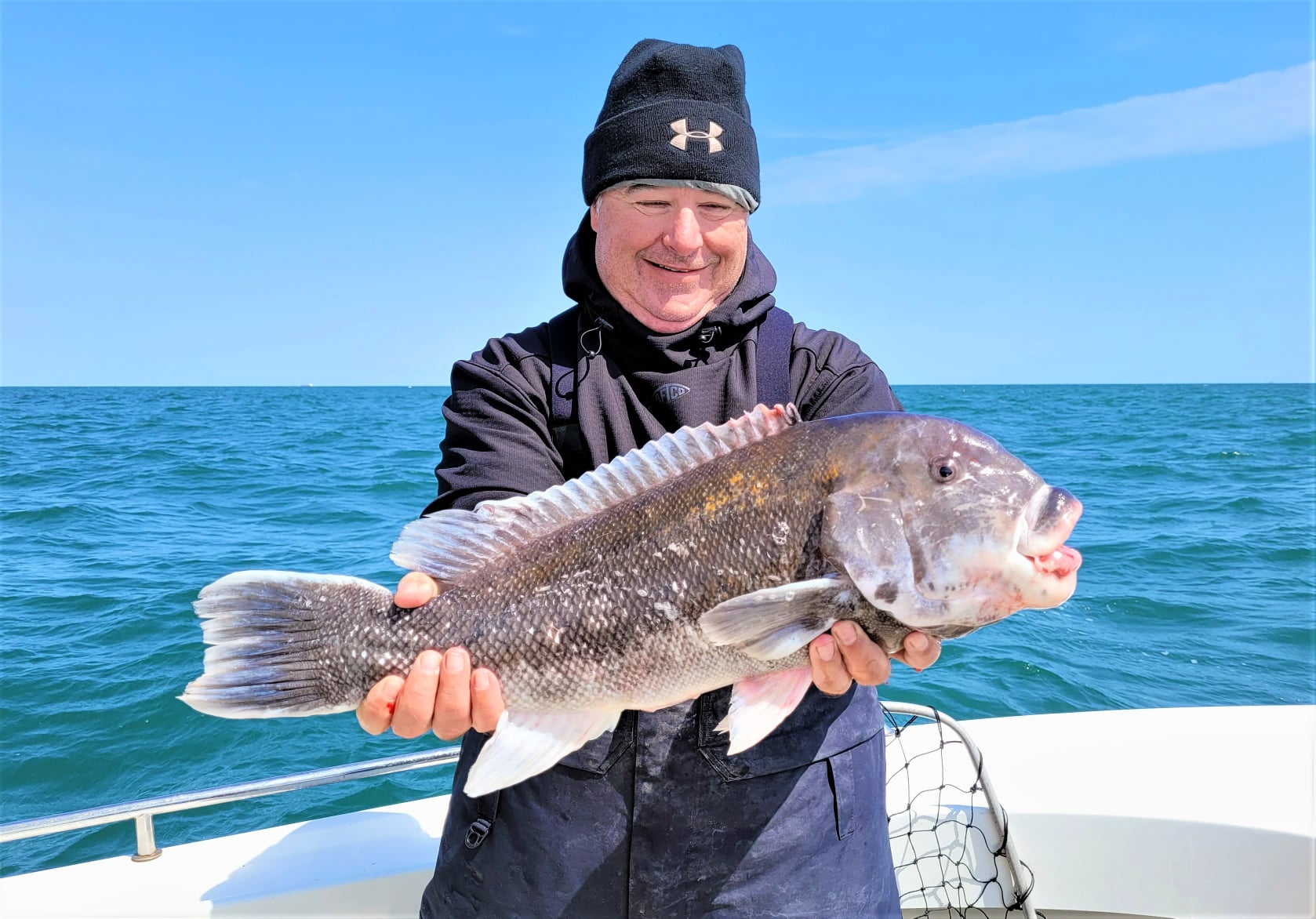 Water temperatures have risen to 60 degrees in the Bay. The air temperature will be in the 80’s Wednesday, then drop into the 60’s and 70’s for the rest of the week. Winds are forecast to be 10 to 15 mph all week.

Tautog action continues to be good, especially on ocean wrecks. Catches along the CBBT and on Bay structure are improving. Drew Aladj weighed a 13 lb. 4 oz. tautog and John DeGruttola a 10 lb. 5 oz. with Long Bay Pointe last week. There are only a few days left in the Virginia season, it closes May 15th.

Red and black drum arrived on the Virginia shoals a couple of weeks ago and there are more on the way. Jeffrey Windsor registered a 51 in. black drum release and Collin Lewis a 50 in. red drum release at Long Bay Pointe Bait and Tackle recently.

Schools of drum and now cobia are starting to migrate together along North Carolina’s Outer Banks heading for the Chesapeake Bay. The first Cobia of the season was landed off the OBX last week. 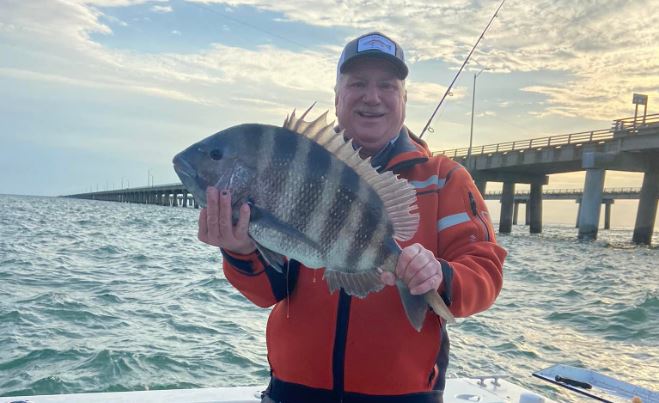 Sheepshead fishing is off to a great start. Fish to 10 pounds have already been caught in the bay.

It’s time for bluefish to become plentiful along the oceanfront. Later this month as water temperatures start pushing 70 degrees look for spanish mackerel to start mixing with the blues. 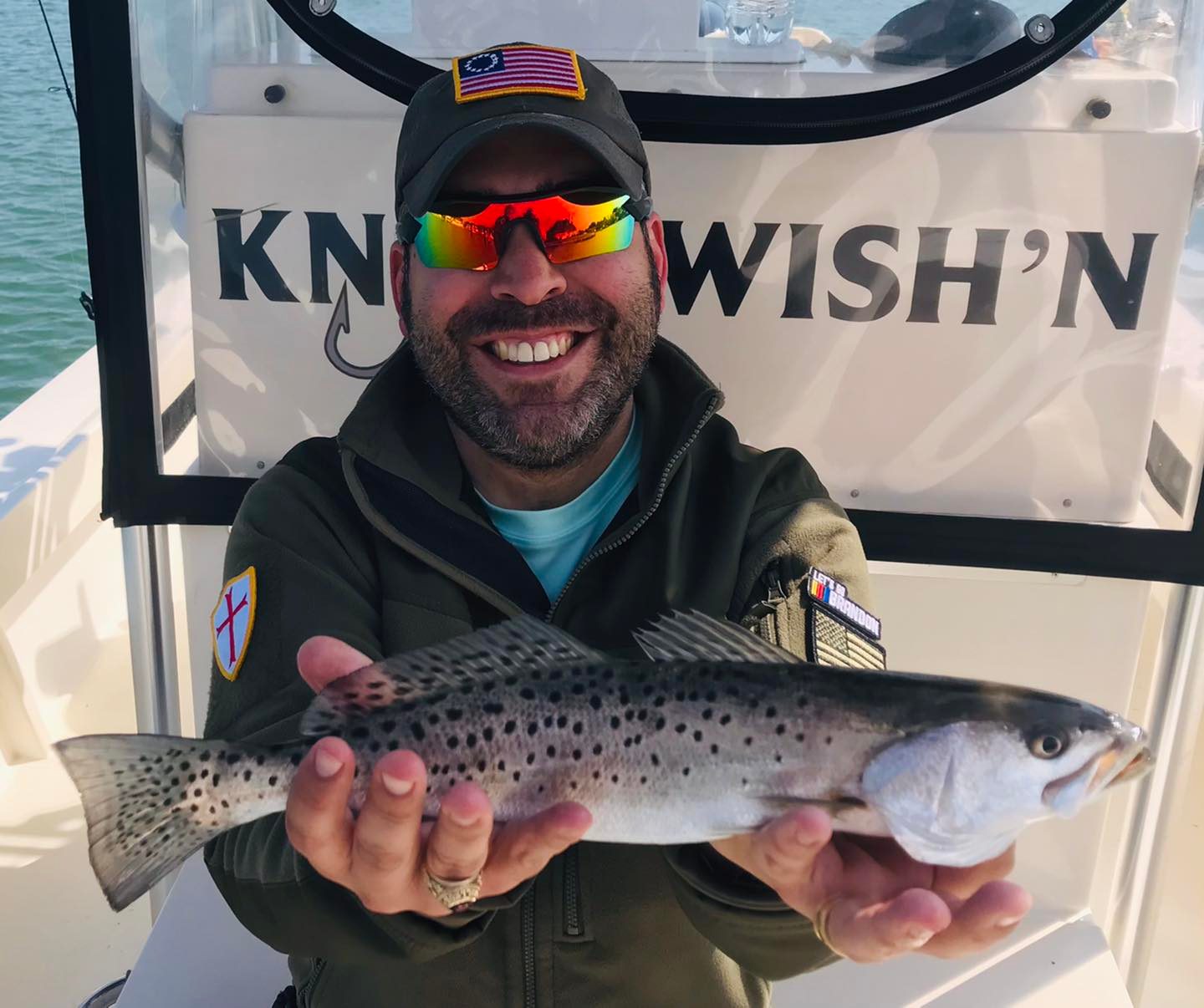 This is when nice speckled trout usually show up in local inlets. Anglers fishing the rivers have been catching lots of puppy drum and a few trout and stripers.

Flounder catches continue improving as our water temps warm, especially around Wachapreague and Chincoteague on the Eastern Shore. Flounder are also showing up in our local inlets and along the CBBT.

The Virginia Beach pier has been catching some spot, roundheads, gray trout and small blues.

Virginia offshore anglers are looking forward to the opening of the sea bass and tile fish season. Tuna catches are good to fair off Carolina.