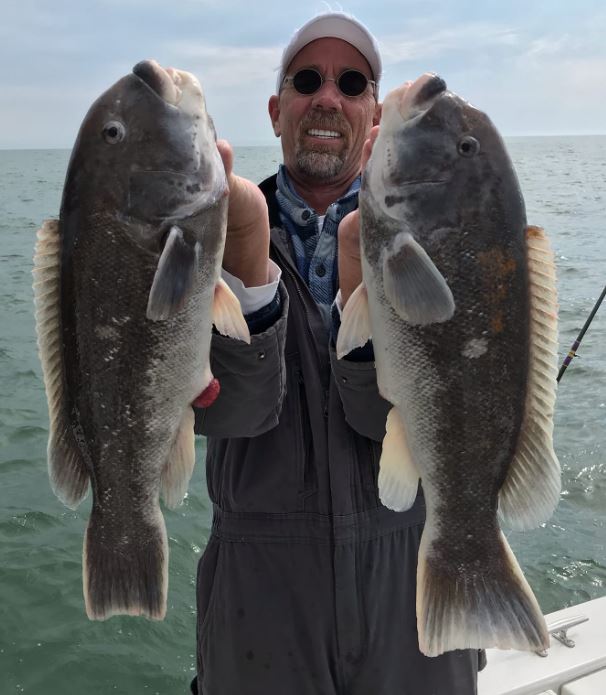 Fishing conditions are improving daily. Early this week air temperatures will reach the 80’s before cooling off again Friday. The Bay and coastal inshore water temperature is 53 to 54 degrees.

Tautog fishing remains good to excellent. Look for them around underwater obstructions like wrecks, reefs, rocks and the pylons of the Chesapeake Bay Bridge Tunnel. Tautog like fresh crab. Captain Craig Paige, Paige II Charters got in on the tog action last week. 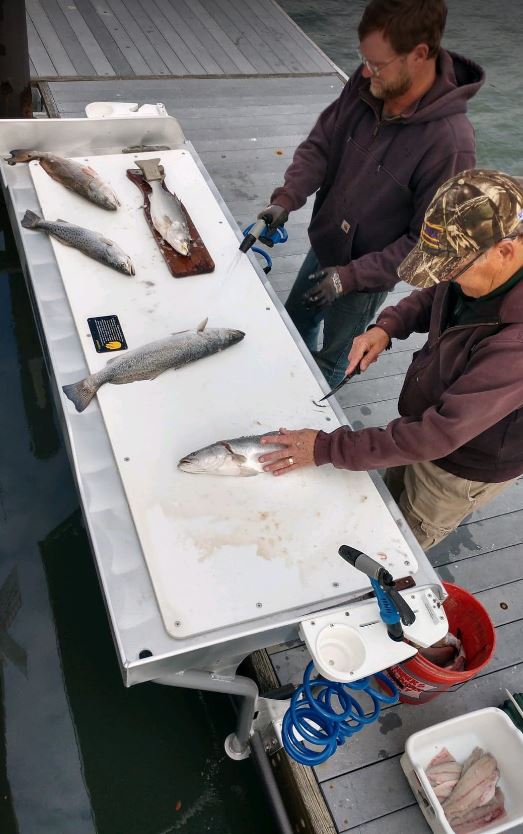 Puppy drum are still available in all three local inlets, Lynnhaven, Rudee, Little Creek and in the Elizabeth River.  Connie at Long Bay Pointe Bait and Tackle says  the speckled trout bite is picking inside Lynnhaven.  Soft plastics and top waters are working.  Most hookups are coming from the shallows. Long Bay Pointe Bait and Tackle filled out a citation form for Steve Jarvis for a 26″ Speckled Trout Release .

Large red drum have arrived on the shoals between Fisherman’s and Smith Islands. The most popular angling technique for them is anchoring on top of the shoal and positioning yourself so your baits drift back to  deeper water. Chumming helps draw the fish in. Blue crabs are the best bait.

Black Drum are showing up along the shallow channel ledge running from Fisherman’s Island to north of Cape Charles. Look for boats anchored close together near Kiptopeake, the Cabbage Patch and the Concrete Ships.

There’s been some nice early season flounder action on the Eastern Shore of Virginia. The best catches are coming from Wachapreague, Oyster and Chincoteague. The minimum size limit is 16 1/2 inches, with a limit of 4 per person.