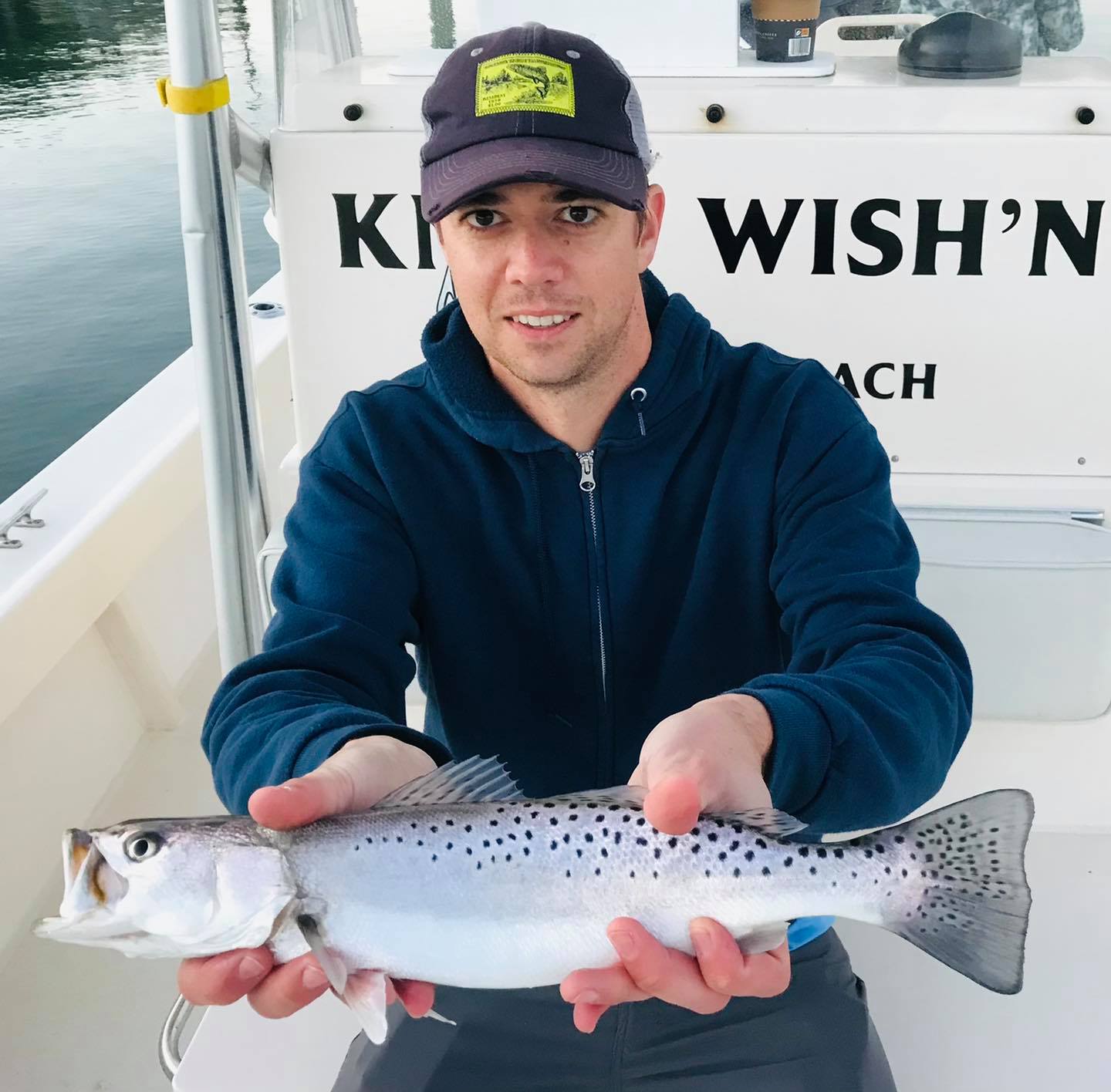 Rockfish season is open for slot sized fish. The best catches are coming from around structure, especially at night under lights. Trollers are using umbrella rigs, tandem rigs, swim shads and stretch baits mostly in the rivers. 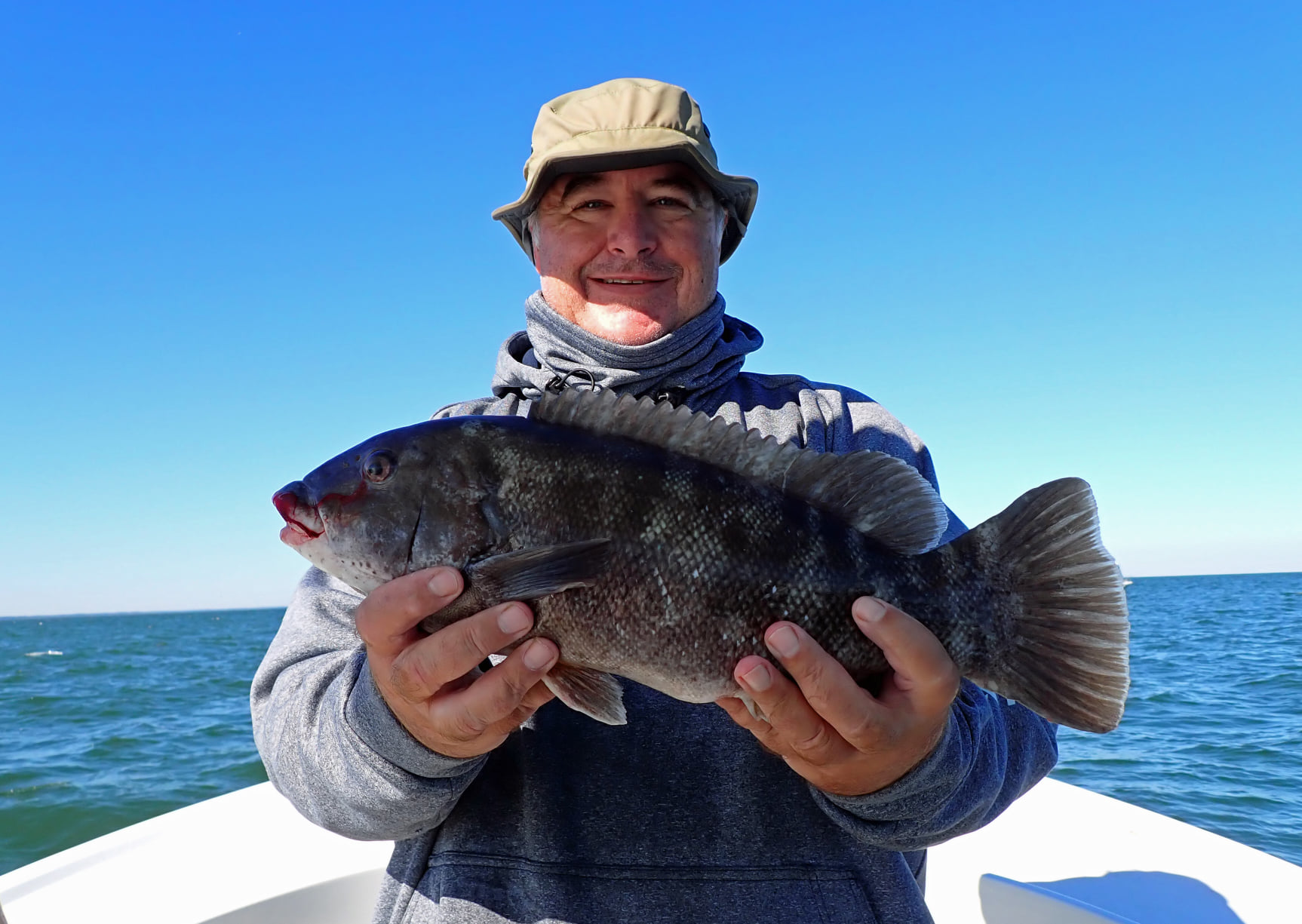 Tautog are available and hungry. They’ll be available through the winter. The islands of the Chesapeake Bay Bridge Tunnel and wrecks like the Cape Henry are productive areas. Dr Ken Neill reported a few nice ones caught on the Healthy Grin.

Seabass fishing on ocean wrecks is great right now. Anglers are also catching flounder and triggerfish while targeting the seabass. Rudee Tours is running 9-hour trips on Wednesdays and Saturdays. They usually sell out prior to departure so it’s wise to book in advance. 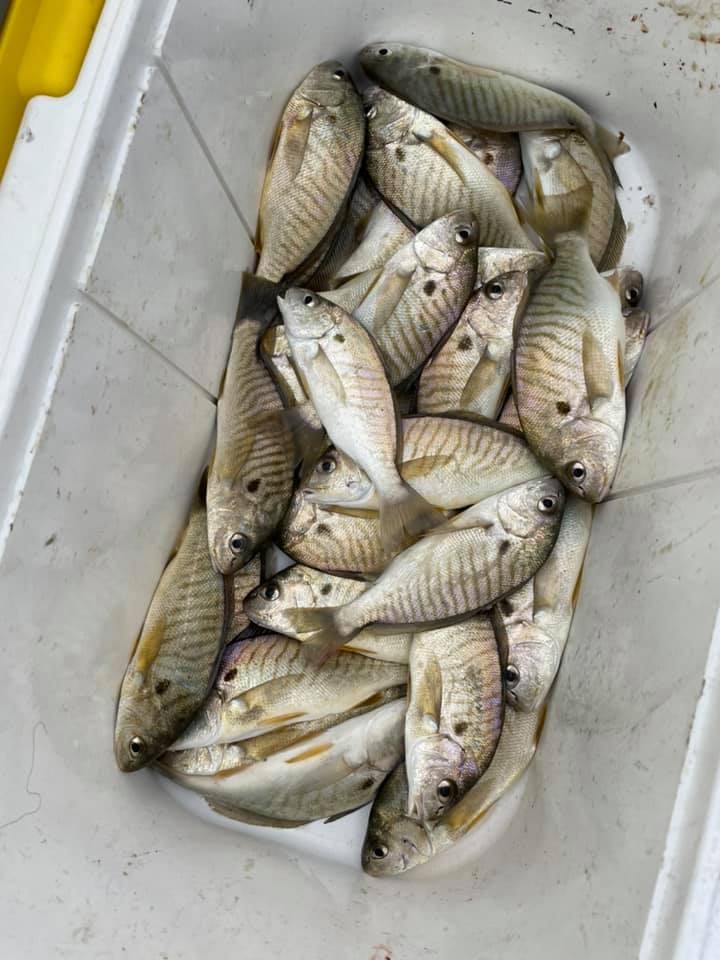 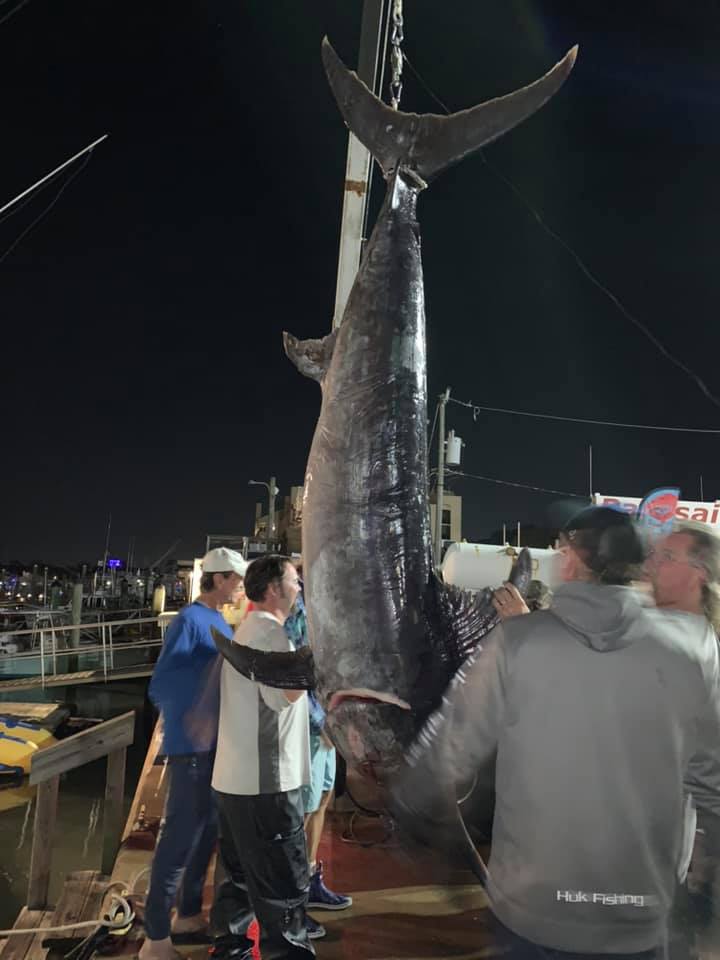 Offshore anglers are successfully targeting swordfish. Bluewater trollers are picking up tuna, a few mahi and some nice wahoo.