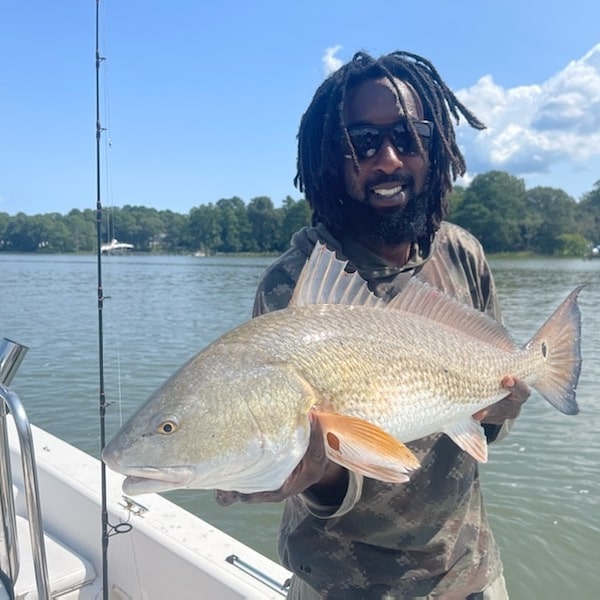 Puppy drum, speckled trout, rockfish and spot are in the local inlets. 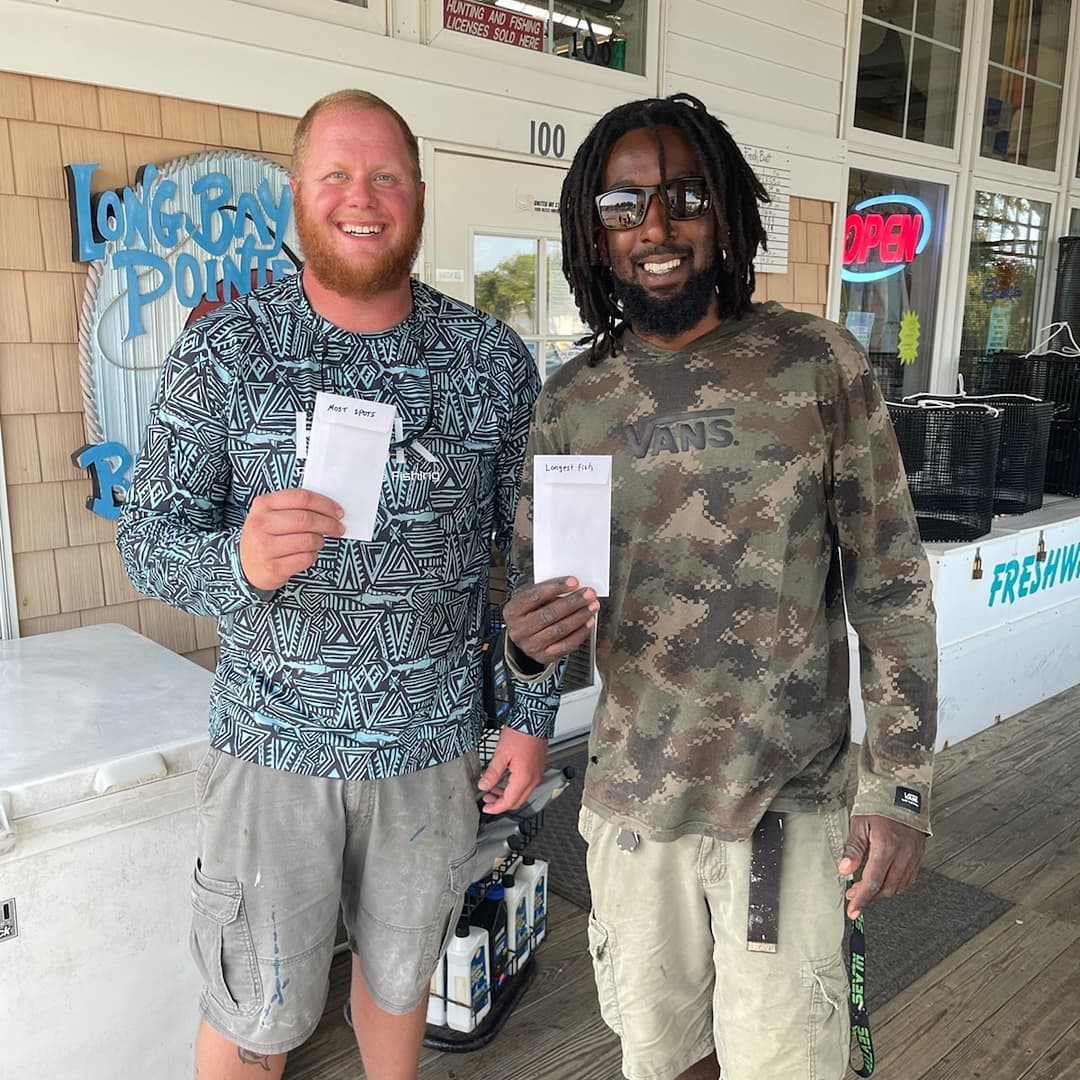 Recently Shawn Sawyer and his buddy Jason won the Lynnhaven Puppy Drum Round Up tournament. They caught over 60 redfish and lost some big ones. Their longest fish was 30 inches.

Anglers are encountering large red drum in the Bay schooling on the surface.

Bay cobia are starting to move toward the mouth of the Bay as they prepare to exit. Look for them near the surface, often time swimming under a school of rays. Capture season closes September 15th. 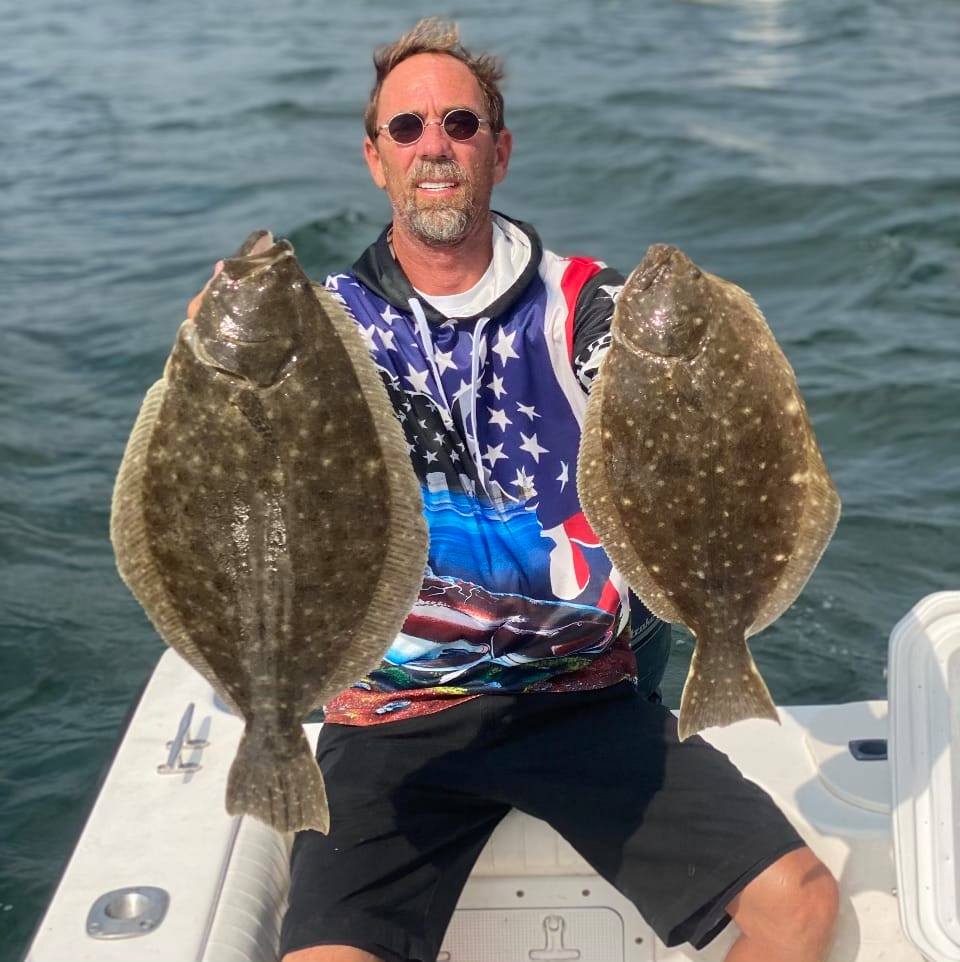 Nice keeper flounders have been caught recently. Captain Craig Paige on the Paige II has been putting his guest on some nice flatties.

Spot are widespread, from the Rappahannock River to the oceanfront. Some yellow bellies are up to 14 inches long. 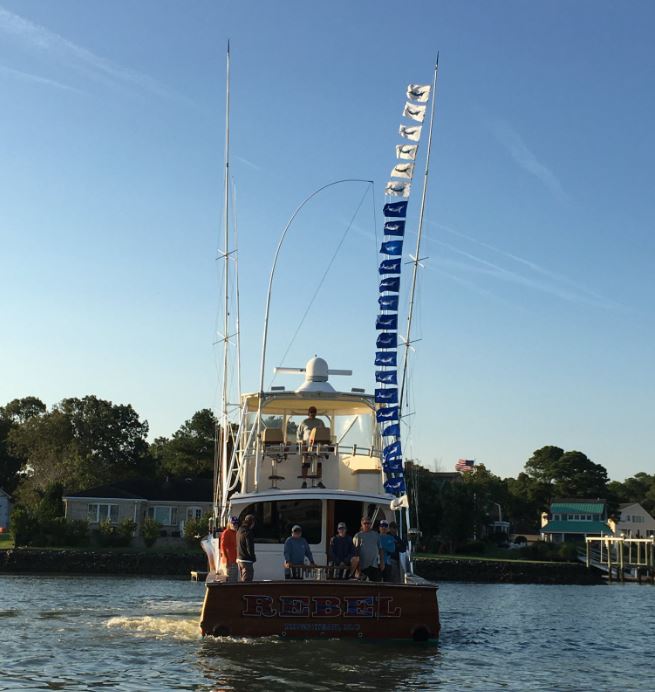 The marlin bite has been outstanding. Charters have also been catching yellow fin tuna and mahi.

On Saturdays the Rudee Tours headboats are targeting black sea bass, triggerfish, flounder and bluefish on their Full-Day Fishing Trips and tilefish on their 17-Hour Deep Drop Trips.