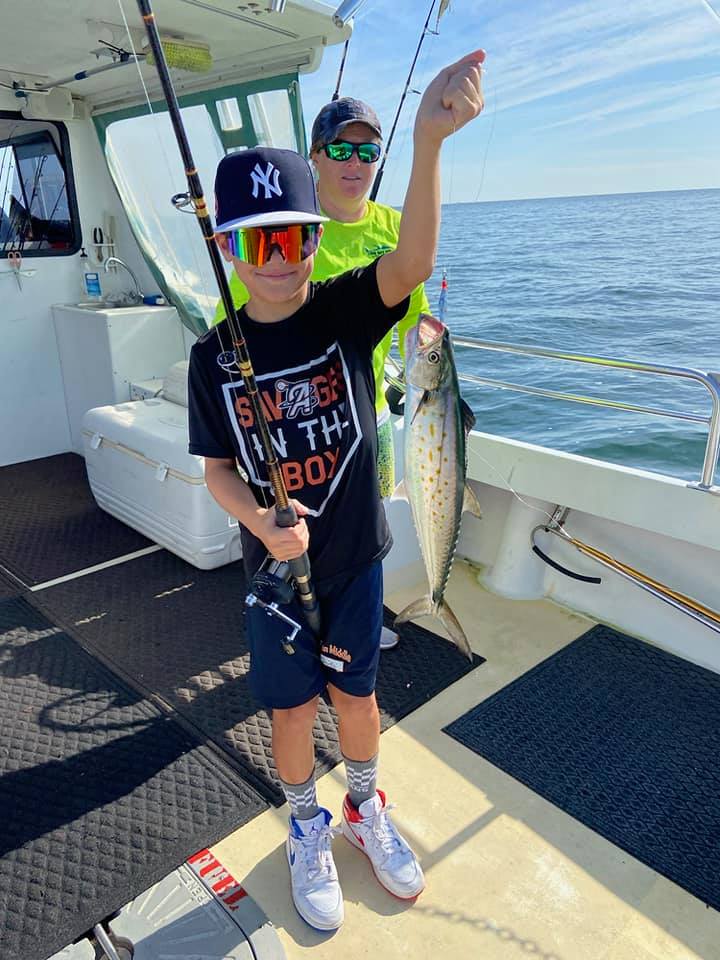 Nice Spanish on the Ocean Pearl

Summer is winding down; the kids are back in school and the college football season is here. Anglers are looking forward to cooler temps and lots of migrating fish. We’ll be posting our fishing report twice a month, from now until March, most likely on the 1st and 15th.

Good sheepshead fishing is continuing around the pilings of the CBBT. Long Bay Pointe recently weighted a number of nice fish. Matthew Green had a 12 lb. 1 oz., Tom Turley a 10 lb. 4 oz. and Robert Perez a 10 lb. 12 oz.

The puppy drum bite has been excellent inside many of the inlets and rivers. There’s been a few nice flounder caught. Luke Rhoades weighted a 8 lb. 8 oz. flounder.

Good catches of croaker, bluefish and sea mullet are being had in the bay. The Cell area has been good. Spot action should pick up in the rivers. The big yellow belly run should occur before long. 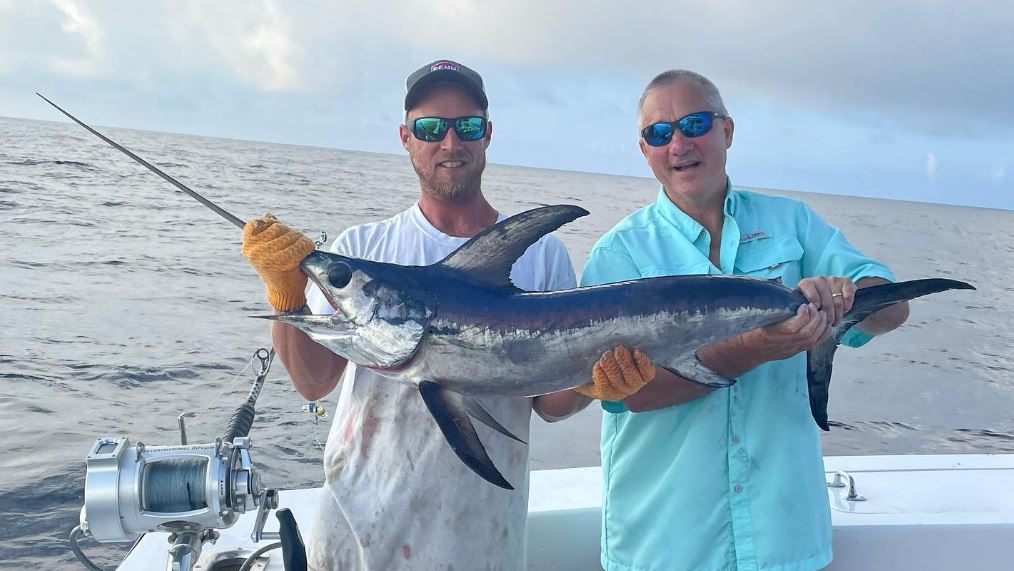 Swordfish on the High Hopes