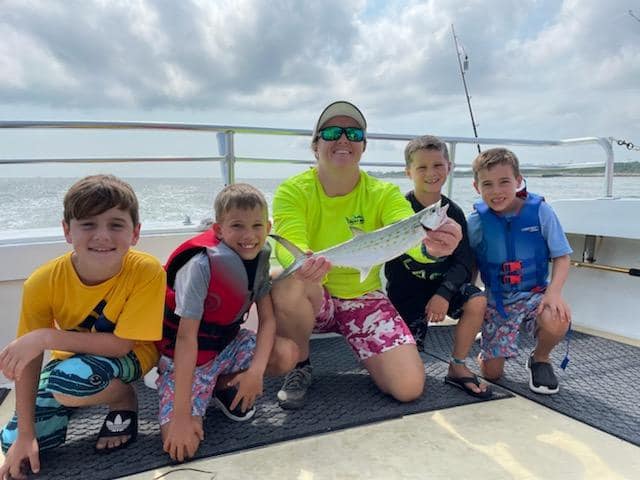 This is peek fishing season in Virginia! ….. There’s a nice class of spanish mackerel available along the oceanfront, near the CBBT and as far north as the York Spit area. Charter boats are trolling small Drone or Clark spoons behind small planers.  Ocean Pearls Charters has been loading up on their morning and afternoon trips. Kaiden Hall weighed in a 4 lb. 6 oz. spanish mackerel at Long Bay Pointe Bait and Tackle. 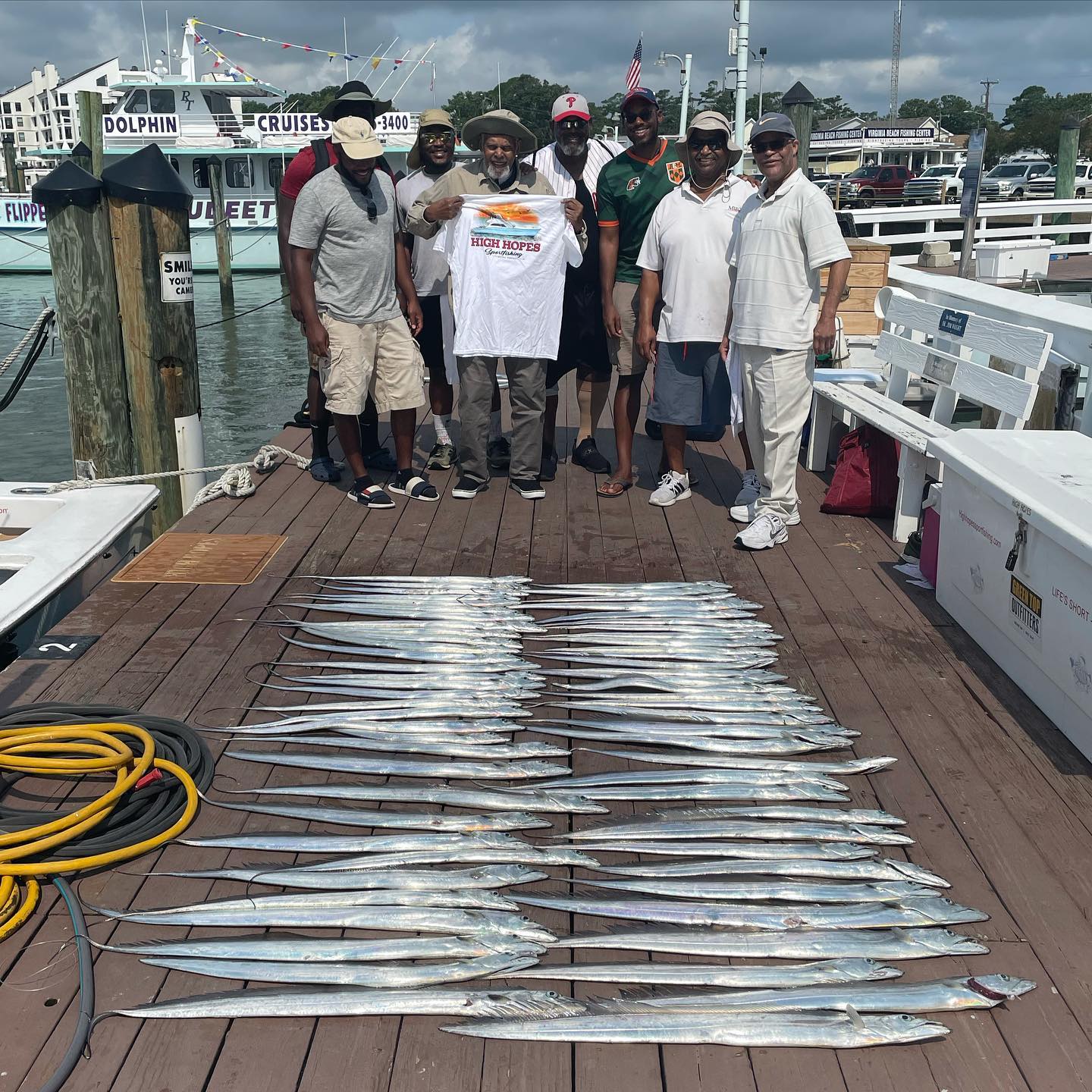 Mr. Mark Taylor set this trip up on the High Hopes with Captain Wright for their father’s 85th birthday.

Dr Ken Neill said that the ribbonfish are plentiful and spanish mackerel are jumping all over. Taylor blues are mixed in with them. Captain Todd Beck, Knot Wisn’n Guide Service said they’ve had encounters with some big king mackerel but none have come tight. 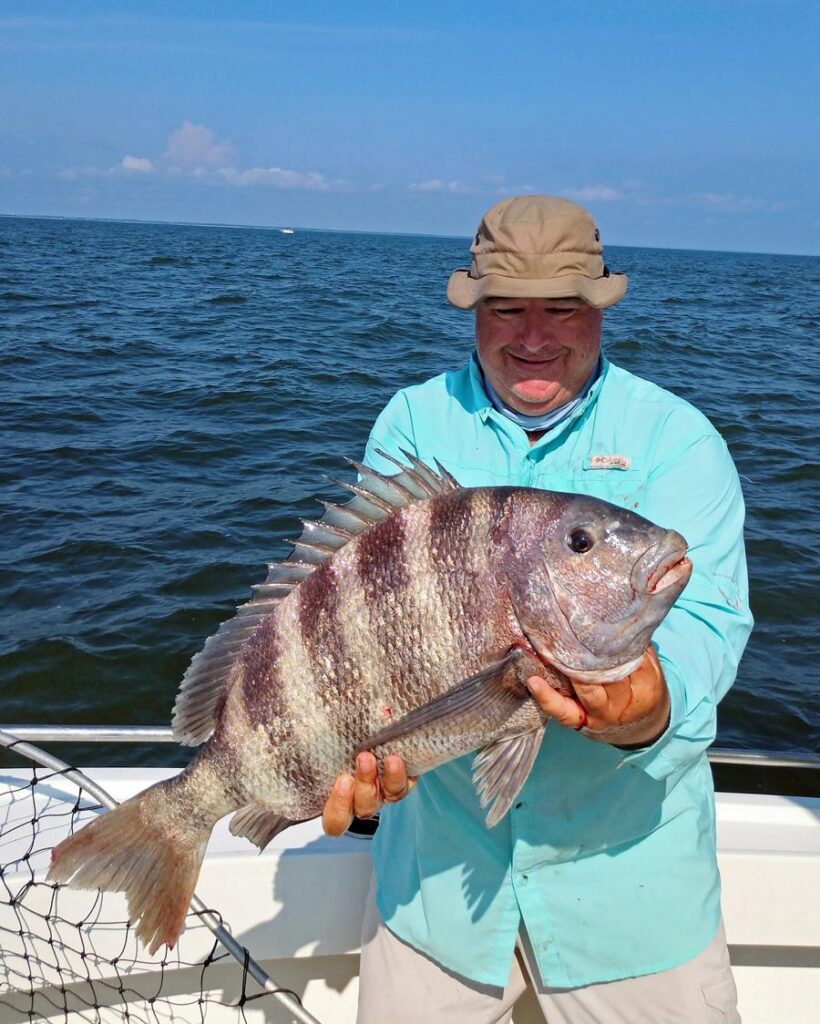 Many are returning with spadefish limits. Look for spades around structures … like the Chesapeake Light Tower, ocean and bay buoys and the pilings of the CBBT. Spades fall to fresh clam. Slack tide is best when fishing the CBBT. Float a small piece on a small hook in front of them. Once sighted many anglers like chumming the fish up behind the boat. Some nice sheepshead are being caught along with the spades at the CBBT.

The Cobia bite in the bay remains strong. Most are being caught in chum slicks on live eels. Sighted on the surface cobia will hit just about anything you put in front of them. Live eels, spot, menhaden, mullet, large spoons, white buck tails, plastic eels, swimming plugs or cut bait. Keep a lookout for them around buoys and other structure, like the islands and pilings of the CBBT.

A number of anglers found large schools of red drum this week. Anglers are having success sight casting and bottom fishing. Long Bay Pointe Bait and Tackle has recorded a slew of release citations the past 2 weeks. 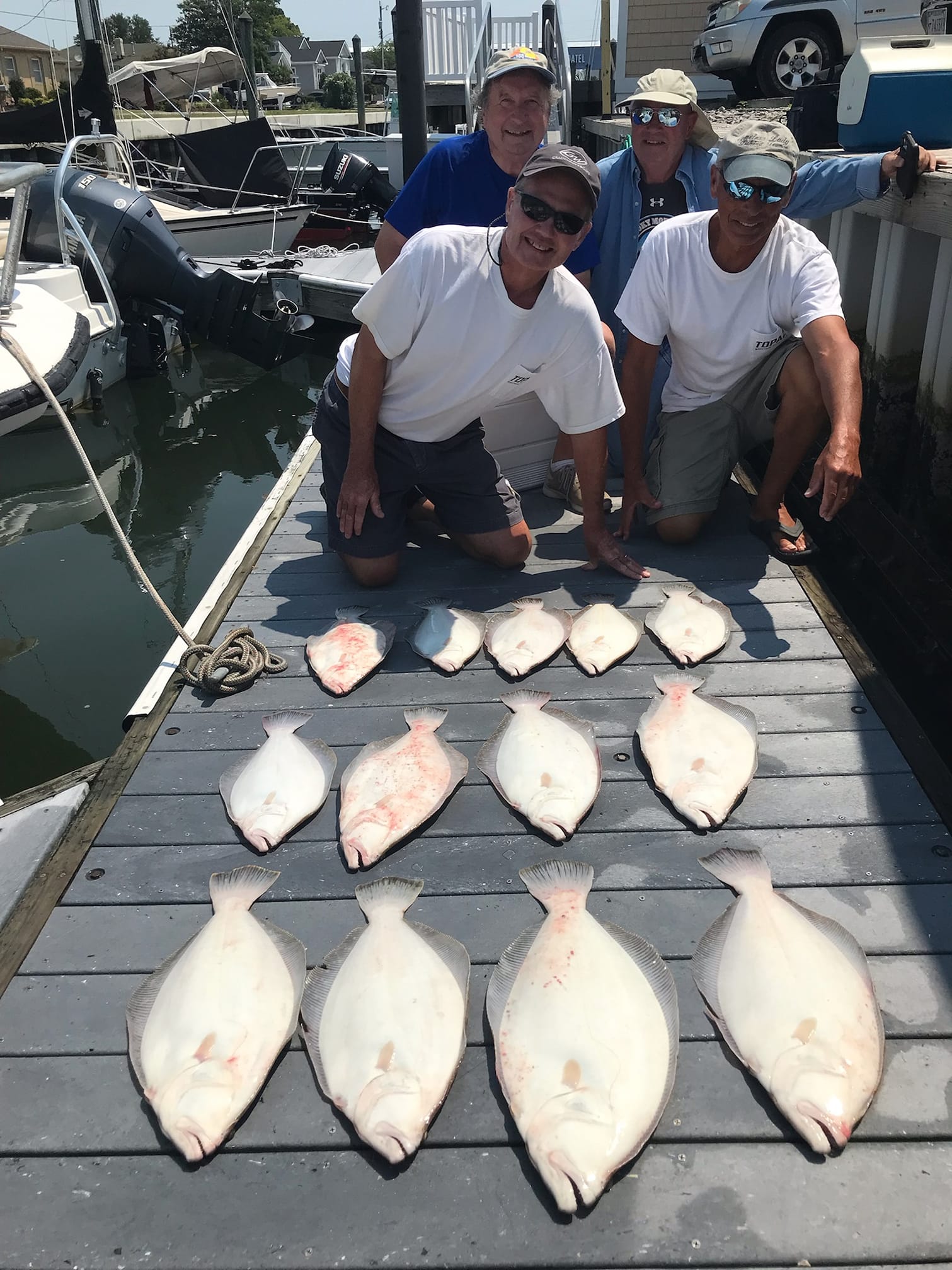 Flounder catches are on the increase. Some of the larger fish are being caught jigging bucktails tagged with strip baits or Gulps near the CBBT. Captain Craig Paige, Paige II Charters has been keeping his guest on the flounder. 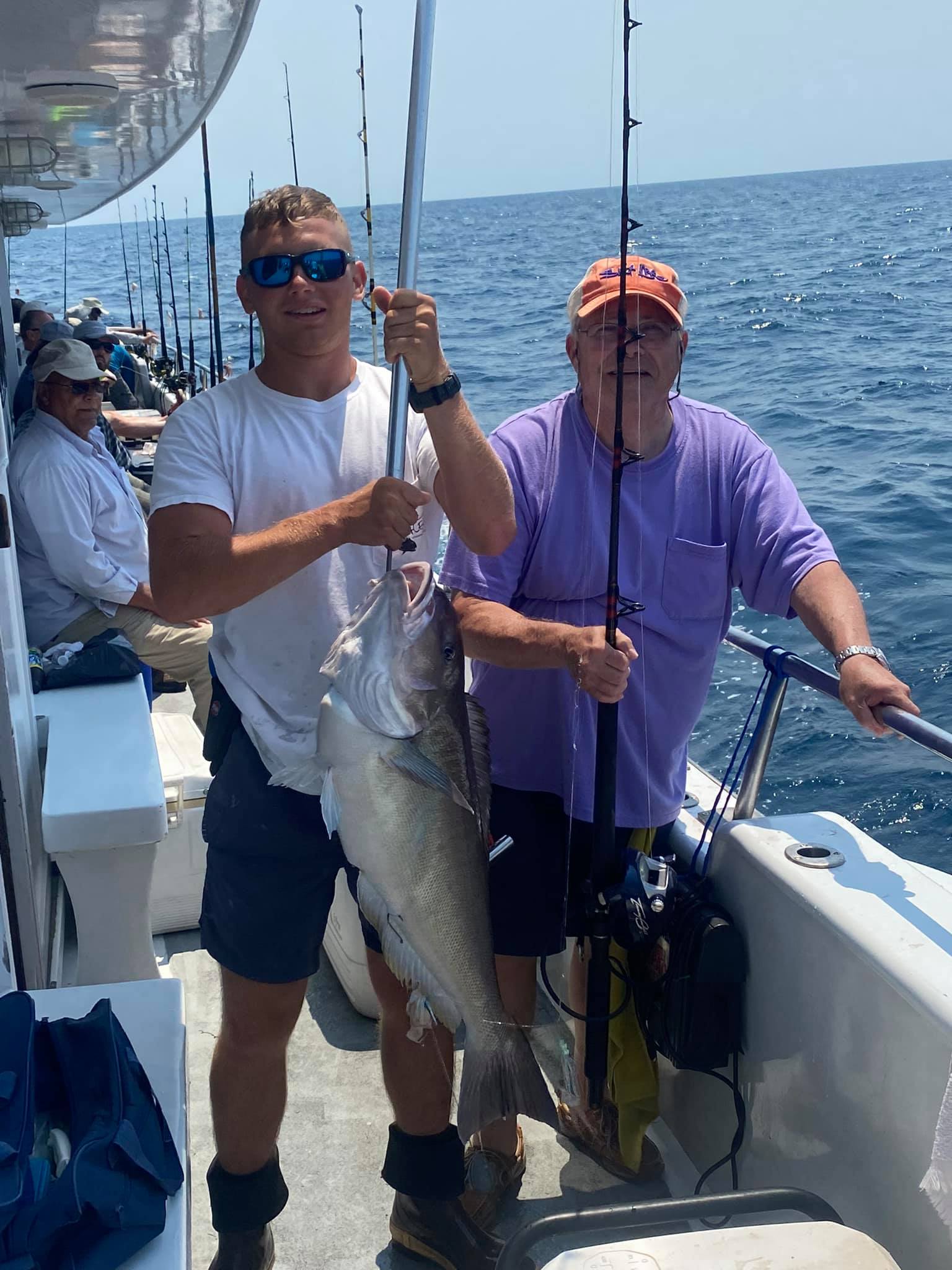 Look for seabass on offshore ocean wrecks and reefs. Tilefish are also available in the same areas. There should be plenty of amberjacks around the towers and on offshore structure. The Rudee Tours head boat has a number of 12 and 17 hour trips planned for July and August.

Offshore bluewater anglers are catching plenty of dolphin and tuna. Add to that a few big eye tuna, wahoo and swordfish. Our marlin bite is increasing. Offshore fishing is really good right now!