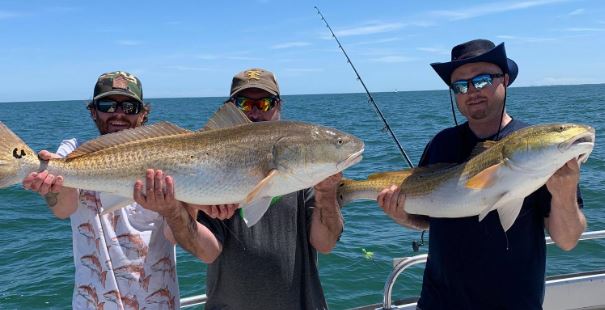 The Chesapeake Bay’s world class big red drum season is heating up on the Eastern Shore shallows. The fish are increasing daily in both size and numbers. Captain Todd Beck of Knot Wish’n Charters says, “schools are also scattered along the oceanfront.”  While anchored for reds on shoals, peeler crabs or blue crabs are the best bait. When schools are spotted on the surface, lures and large bucktails will get their attention. The capture slot limit is between 18 and 26 inches. The limit is 3 fish per person per day.  Virginia Trophy Citations are only issued for released fish 46 inches or greater.

Black drum are feeding in the same areas. Black’s love fresh clam fished on the bottom. 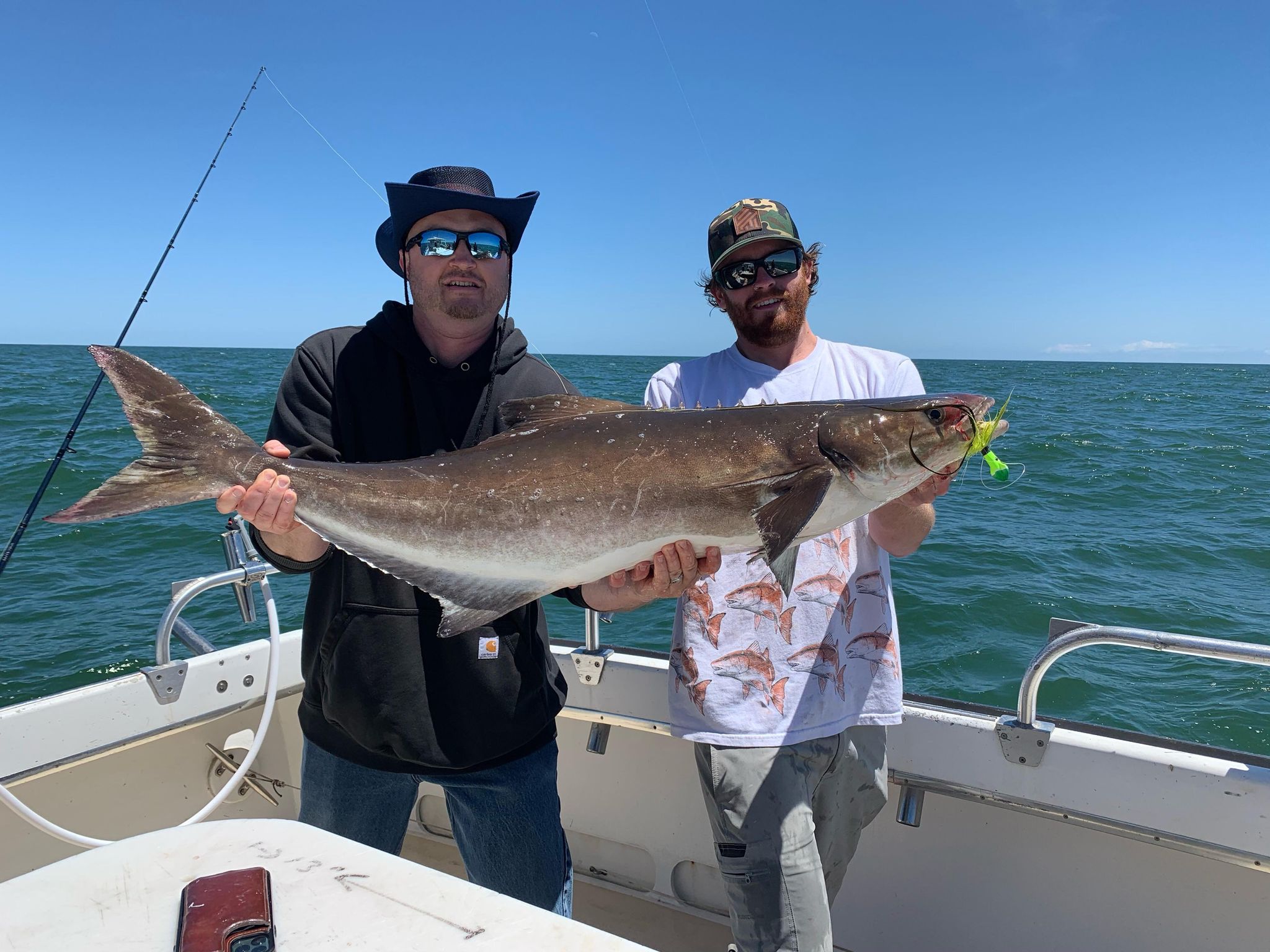 Yes, a bunch of cobia have been caught and released already. The capture season doesn’t begin until June 15 though … and runs through Sept 15. The possession limit will be 1 per person, 2 per vessel; whichever is more restrictive. The minimum size limit is 40 inches total length, and one per vessel greater than 50 inches. Capture citation weight is 55 pounds and release citations are 50 inches or greater. The state record is 109 pounds, caught in 2006 by Joseph F. Berberich.  Don’t forget to get a cobia permit from VMRC.

The water temp is 67 degrees along the oceanfront and both spanish mackerel and bluefish are showing. There have also been some reports coming from inside the bay as well. As the water temps continue to rise the bite will become more consistent. 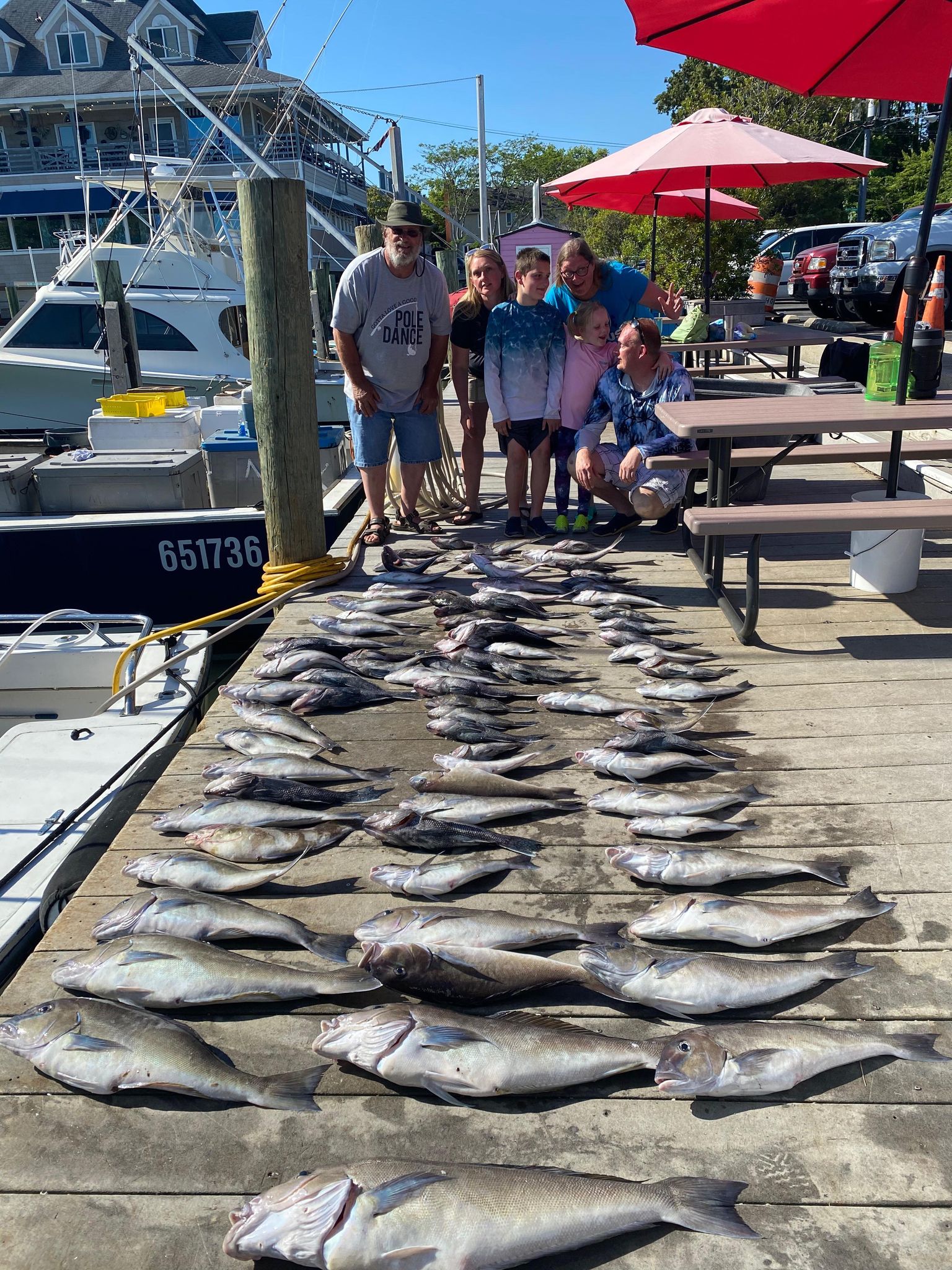 Captain Nolan Anger from Aquaman Charters  says, “offshore, deep dropping for tilefish is excellent and loads of seabass are being caught on inshore ocean wrecks.” Seabass season closes on May 31st but reopens again June 16th and remains open through December 31, 2021.

Permanent link to this article: https://vbsf.net/2021/05/22/late-may-virginia-beach-chesapeake-bay-fishing-report/