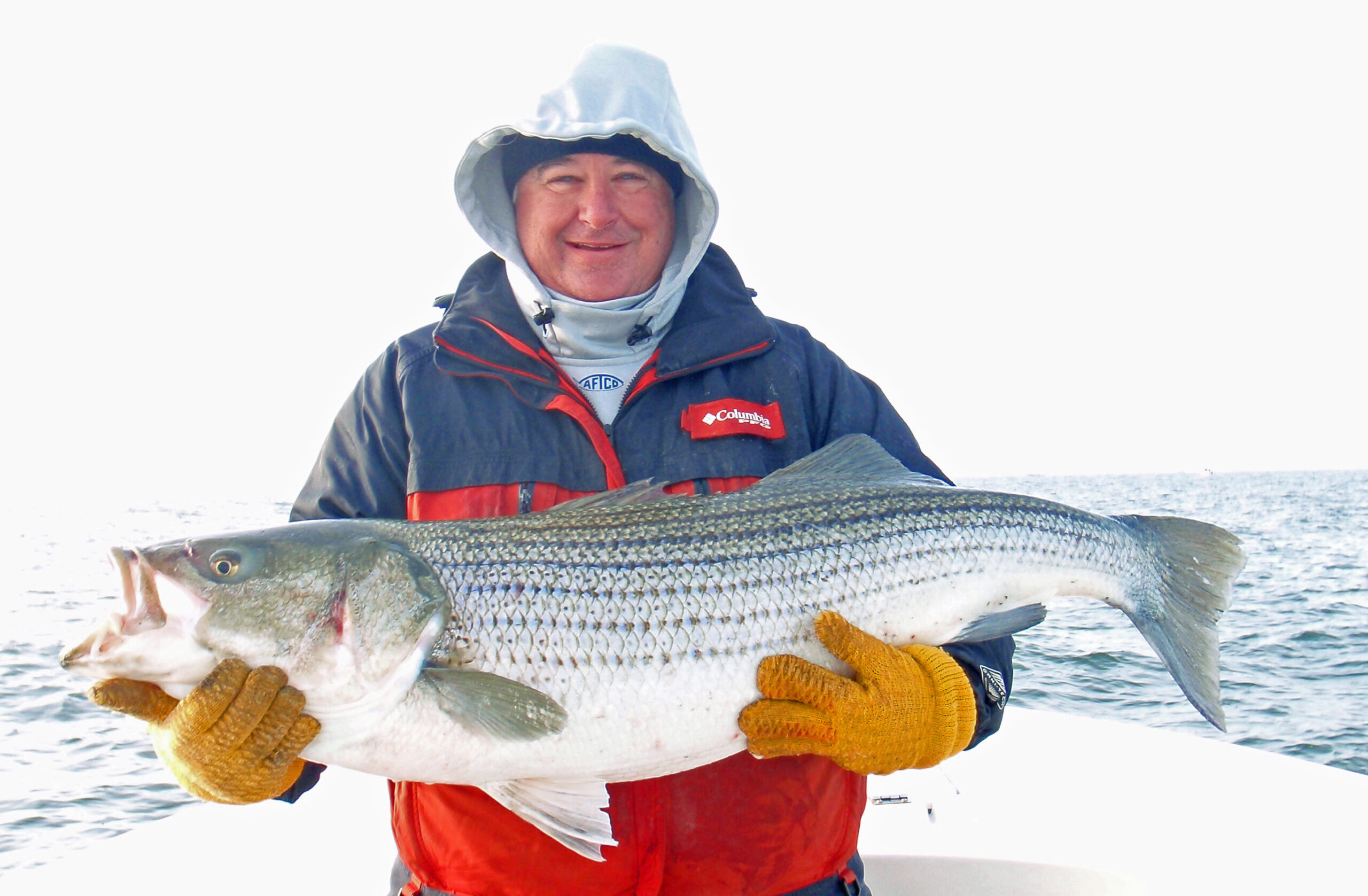 Large rockfish are moving out of bay tributaries into the Bay. Look for them on the eastern side, near Plantation Light and along Cape Charles. Anglers are drifting or slow trolling eels. Mann’s Stretch 25 lures and tandem rigs are also effective. A number of healthy, fat, 45-to-50-inch fish were caught during the recent Rock Fish Shootout tournament. The crew on “Mystic Lady” took 1st, 2nd and 3rd place in the Shootout. They walked away with $42,785.80. Congratulations.

Slot-sized stripers in the 20-inch minimum, 36-inch maximum range are available by casting along the bridge pilings and around the artificial islands of the CBBT….  and in most rivers. 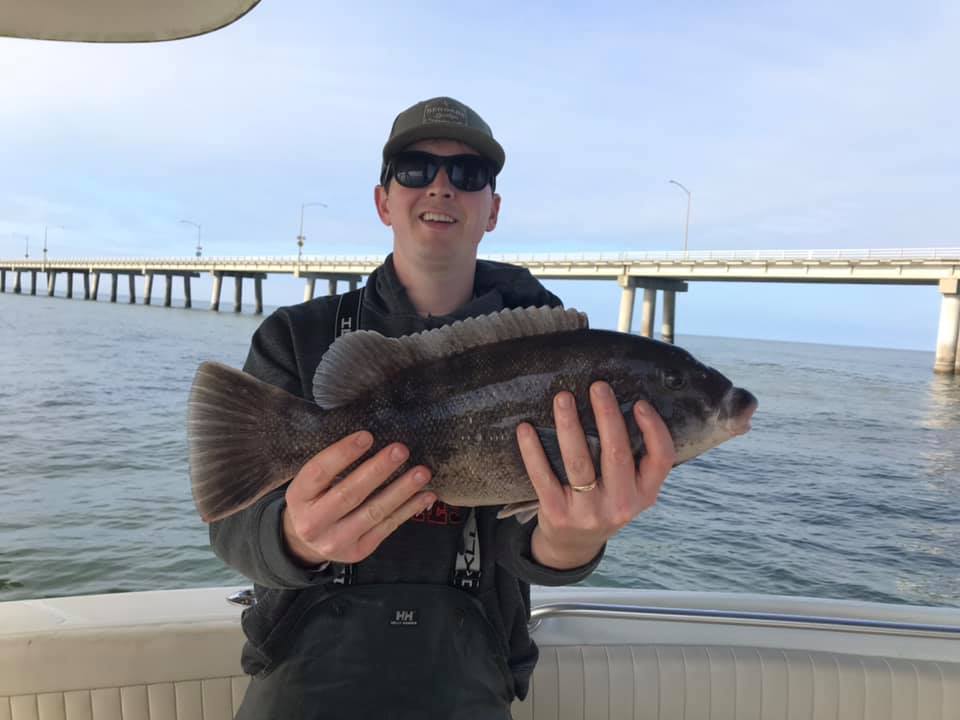 Tautogs are available on structure. The bay water temperature is at 51 degrees. Once it drops below 50 the ocean wrecks will probably produce best. Fiddler crabs and quartered blue crabs are the preferred baits. The Tautog season is open throughout the winter. 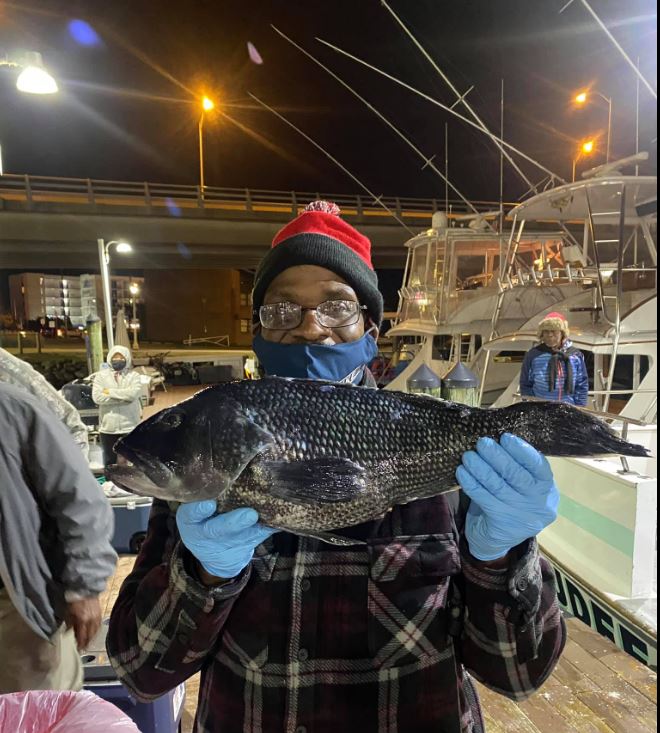 Sea Bass on the headboats

The Rudee Head Boats are catching lots of large seabass on the ocean wrecks. The season for the seabass closes December 31st. Some big bluefish could show near the same structures.

This time of the year captains are on the lookout for bluefin tuna rolling. Some really large ones in the 600-to-900-pound range have been off the Morehead City North Carolina coast for several weeks. Unfortunately, the bluefin capture season was closed by NOAA on December 14th.

When boats make it out to deep drop they are finding good numbers of tilefish and sea bass. 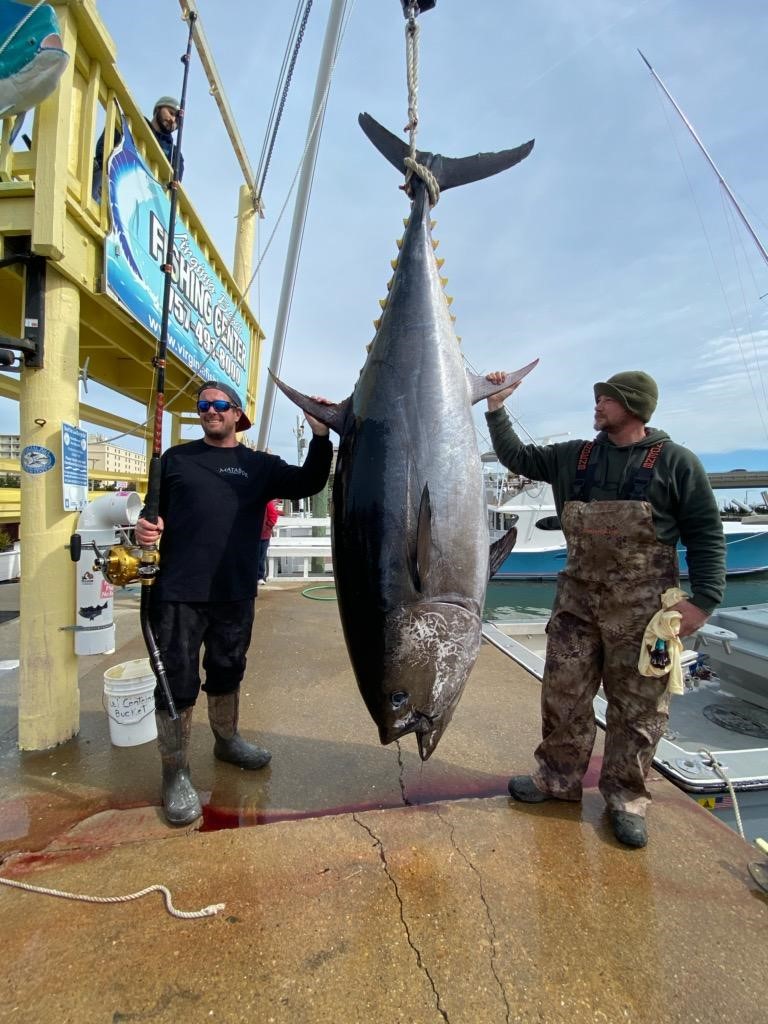 Permanent link to this article: https://vbsf.net/2020/12/20/virginia-beach-christmas-week-fishing-report/