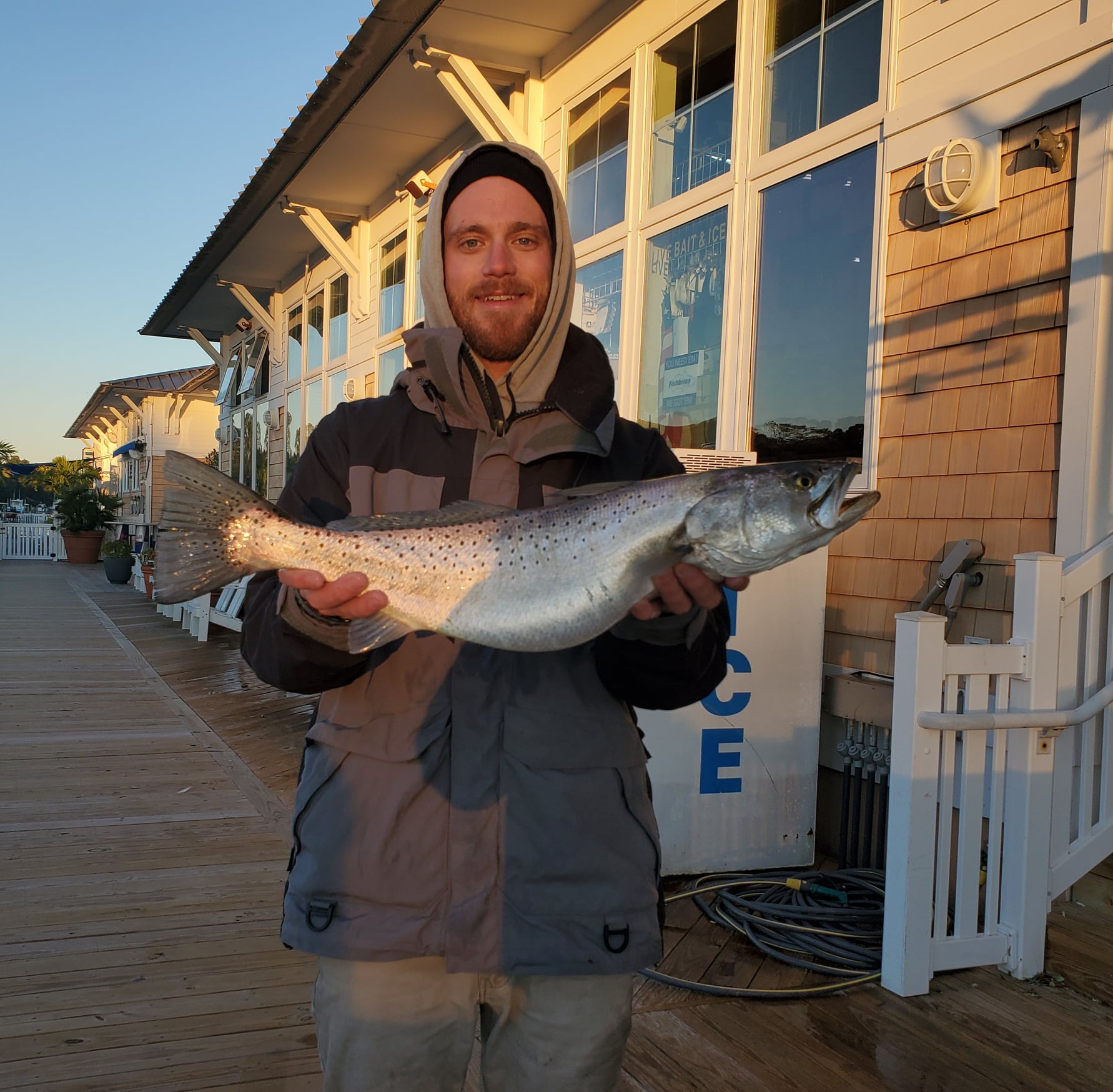 Virginia’s fall speckled trout season is in full swing. Long Bay Pointe Bait and Tackle has been weighing in some nice 5 to 6 pounders. The specks are holding in all the usual hot spots. Look for them inside Rudee Inlet, Lynnhaven Inlet, Little Creek Inlet, in eastern shore bayside creeks, on the Poquoson Flats and in the York and Elizabeth Rivers. They are feeding on shrimp and minnows near marshes. Shrimp hooked under a popping cork, jigs, plugs and topwater baits are all productive.

Puppy drum are in the same areas and hitting the same baits. A few large red drum are still hanging around in the lower Bay. Anglers fishing Sandbridge, near the wildlife refuge are landing them in the surf.

Sheepshead, tautog and flounder are available inside the Bay.

Lots of school-sized striped bass are available around lighted bridged and piers.

Offshore trollers are picking up some nice tuna and a few wahoo. Many are successfully targeting swordfish and tilefish. 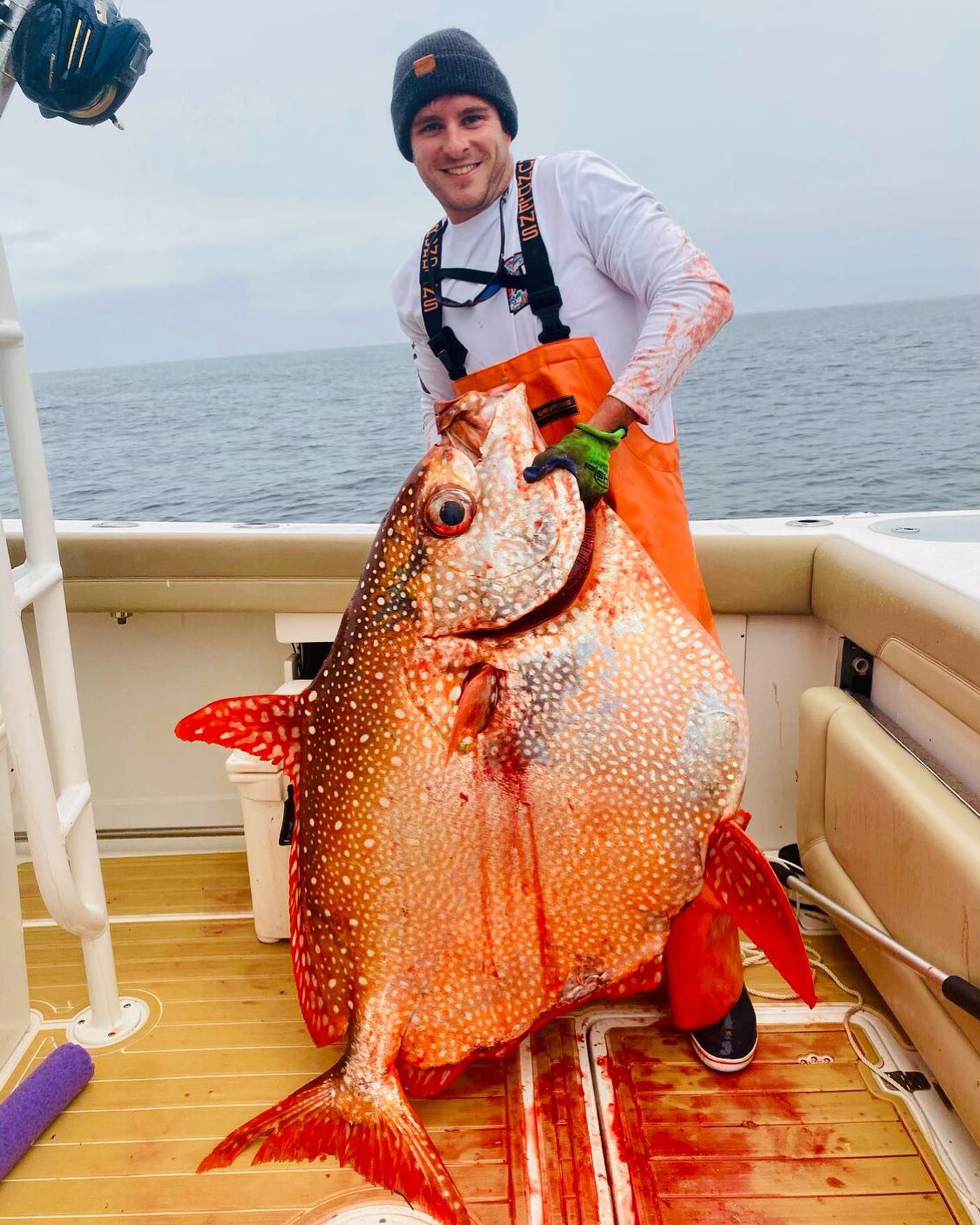 Congrats to the crew of the Relentless for catching a rear Opah Fish. This is one of the first opah caught recreationally in our area.

The Rudee Head Boats are now focusing their effort on offshore trips. Their full-day and 12 hour trips have been loading up!  Anglers are catching limits of black sea bass with many citation fish in the mix. Also big bluefish, triggerfish and 10 to 12 flounder each trip. 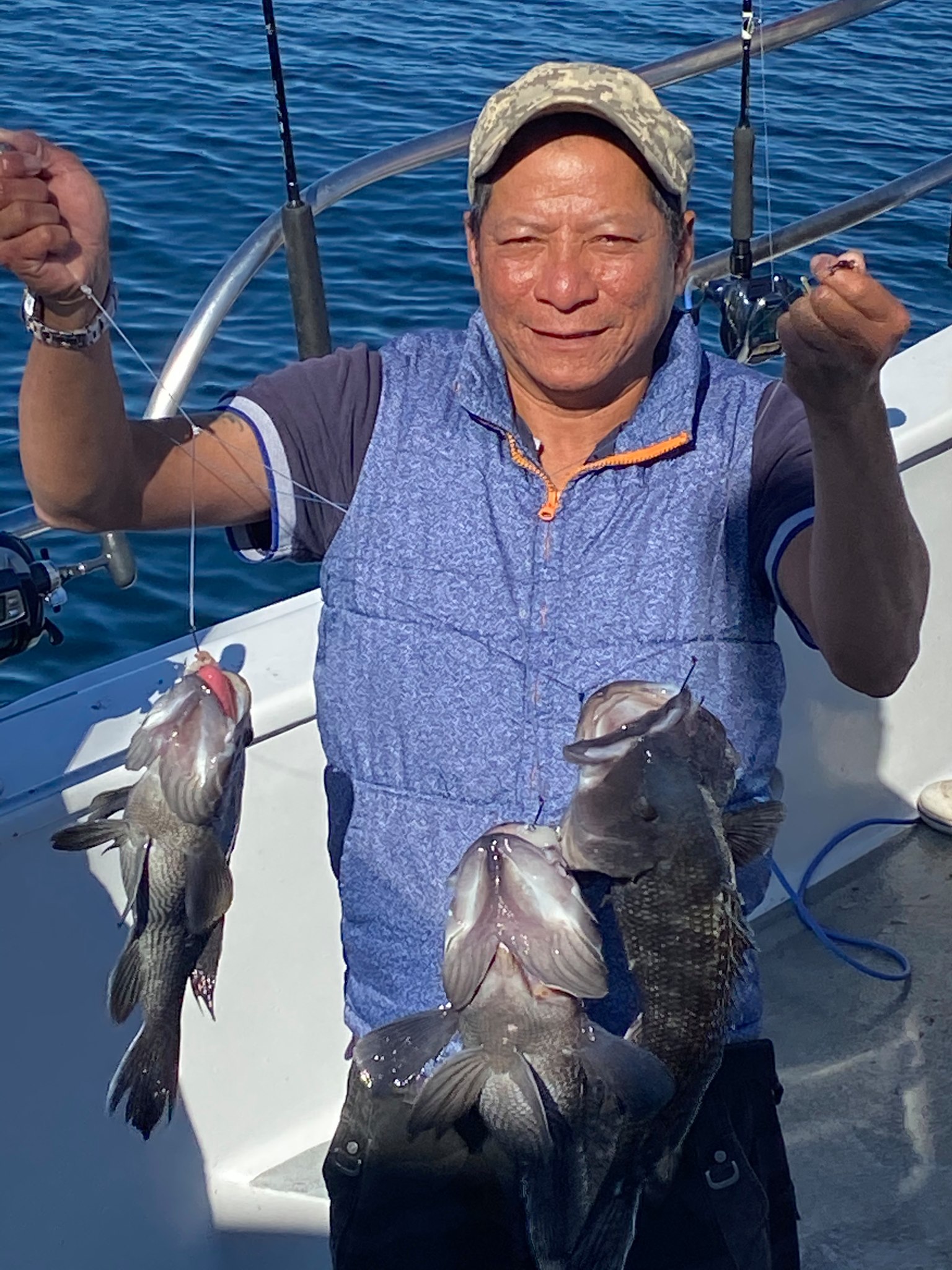 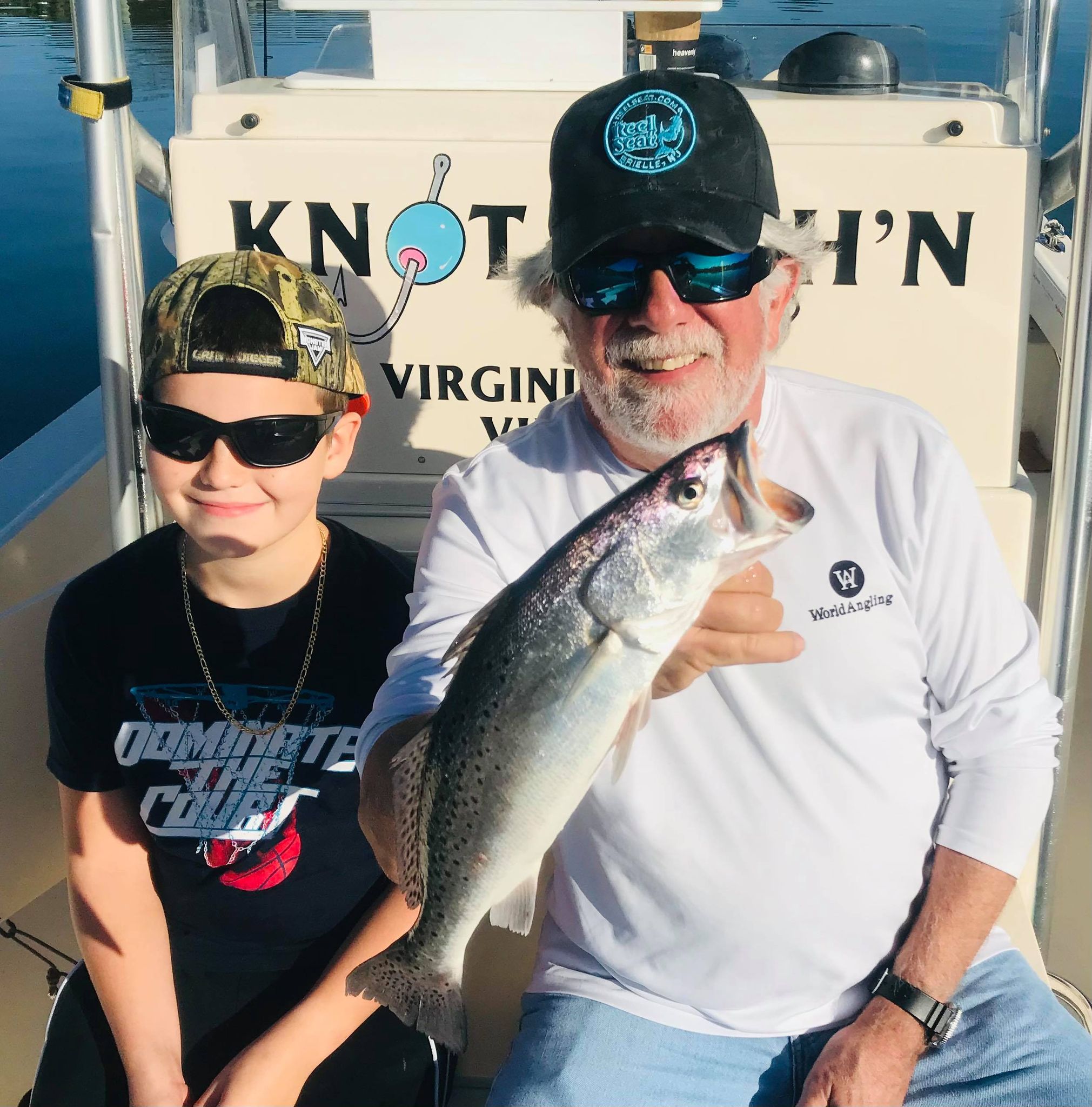 Captains Todd and Jake Beck with Knot Wishn Guide Service are finding plenty of trout inside Rudee Inlet. Lots of short fish, with a number of keepers mixed in. 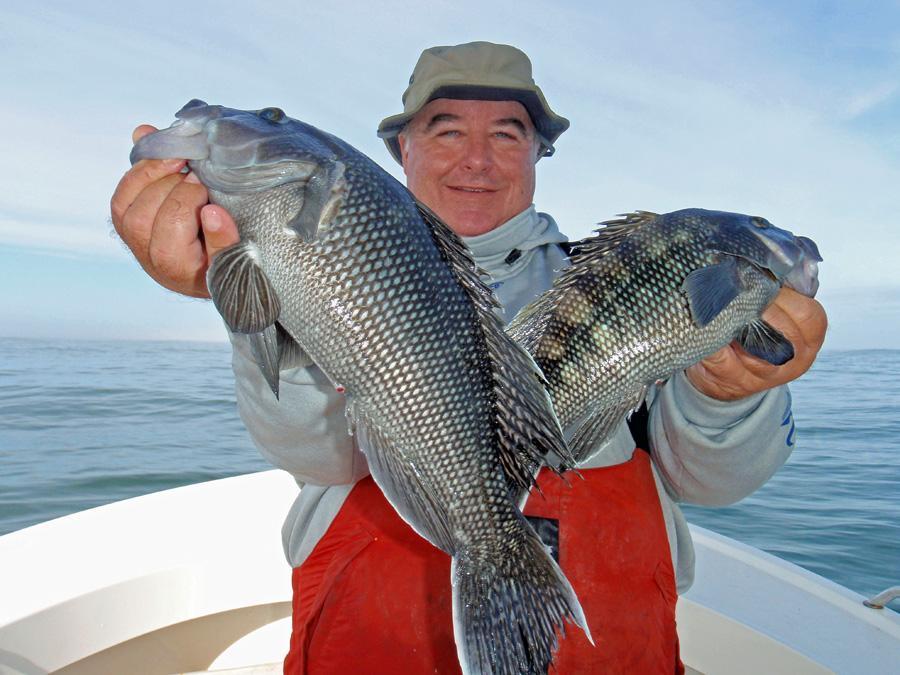 Dr Ken Neill fished the Triangle Reef. While jigging for sea bass he caught a half-dozen big black drum, a bunch of small bluefish and a handful of nice triggerfish. He kept a limit of big sea bass. He finished the weekend on the artificial reefs inside the bay where he caught little sea bass, more small bluefish, pufferfish, pigfish and a good number of tautog that he tagged and released.

Captain David Wright on the High Hopes is focusing on half-day trips now.