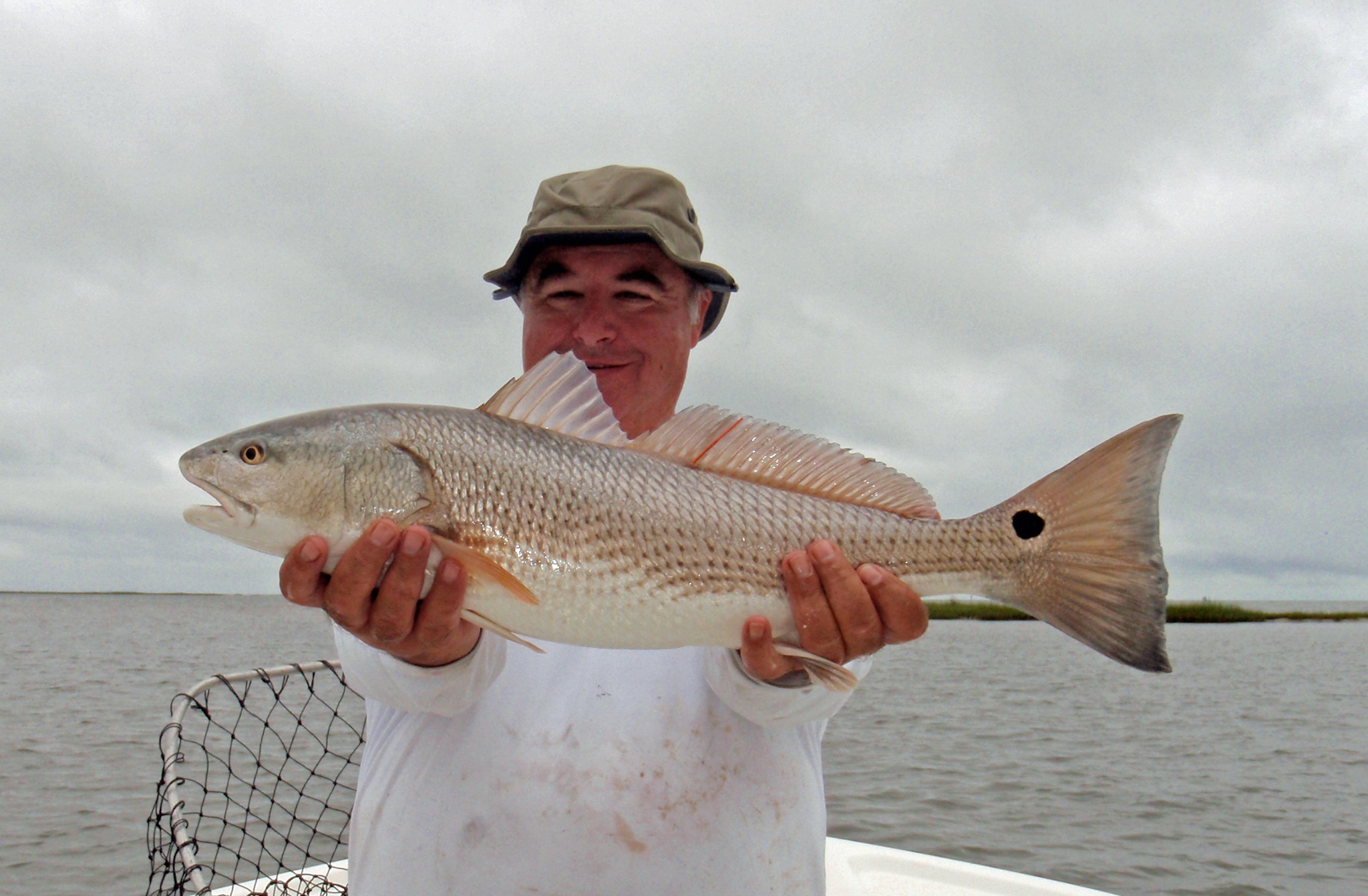 Red drum are starting to migrate out of the Bay, look for schools on the surface. As they depart surf anglers will be able to get in on the action as well. Frank Marble said the first large drum, 47 inches, was landed on the Little Island Pier in Sandbridge a couple of days ago. Look for some nice fish to be landed in the Sandbridge surf.

Cobia reports are scattered around the lower Bay. Captain Todd Beck with Knot Wish’n charters said the cobia bite should get very good along the oceanfront as they begin exiting the Bay. The cobia season closes September 30. 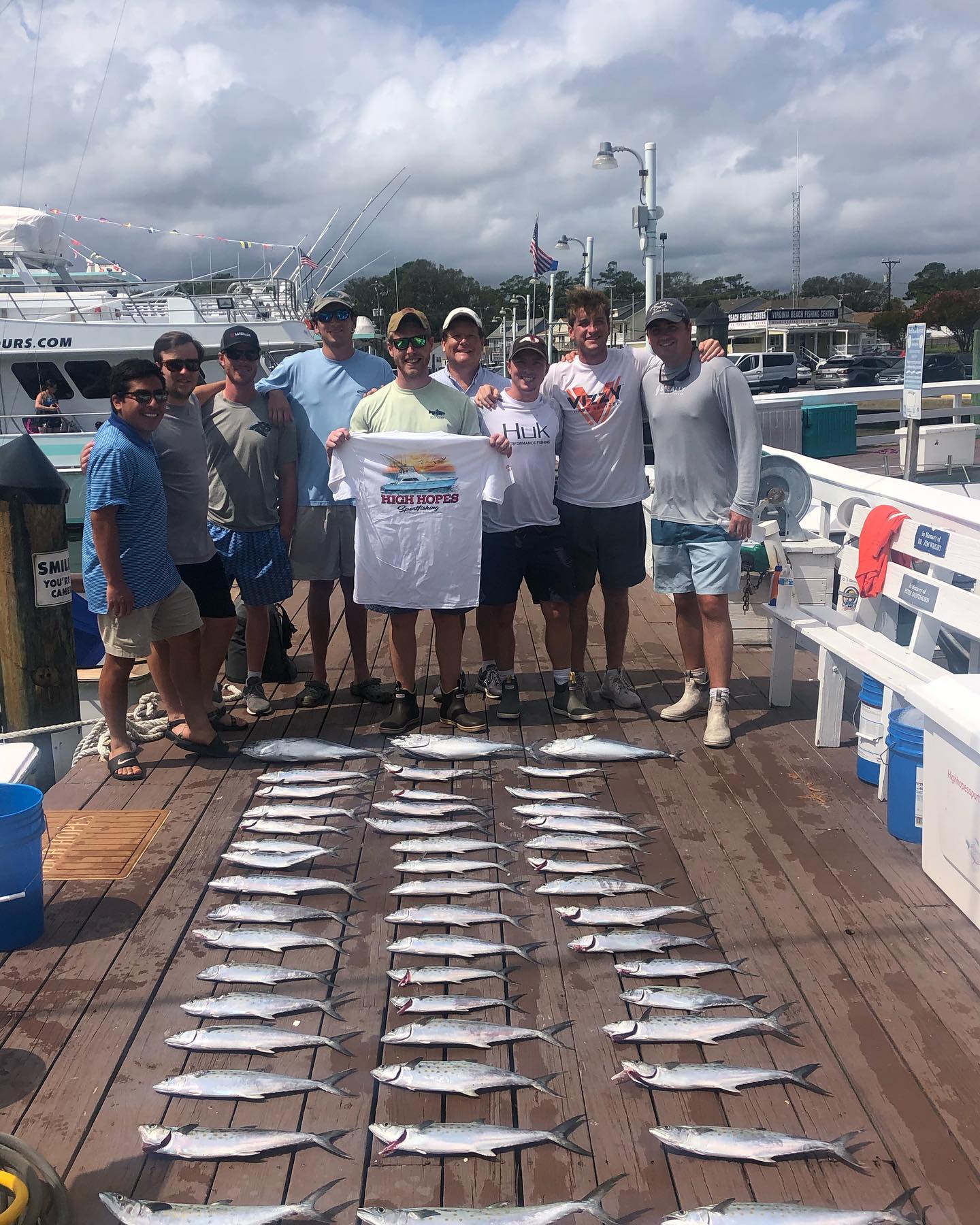 Anglers trolling are still finding spanish mackerel scattered in the lower bay and along the oceanfront. There are some albacore fixed in now. Captain David Wright on the High Hopes had a nice catch of Spanish last week. 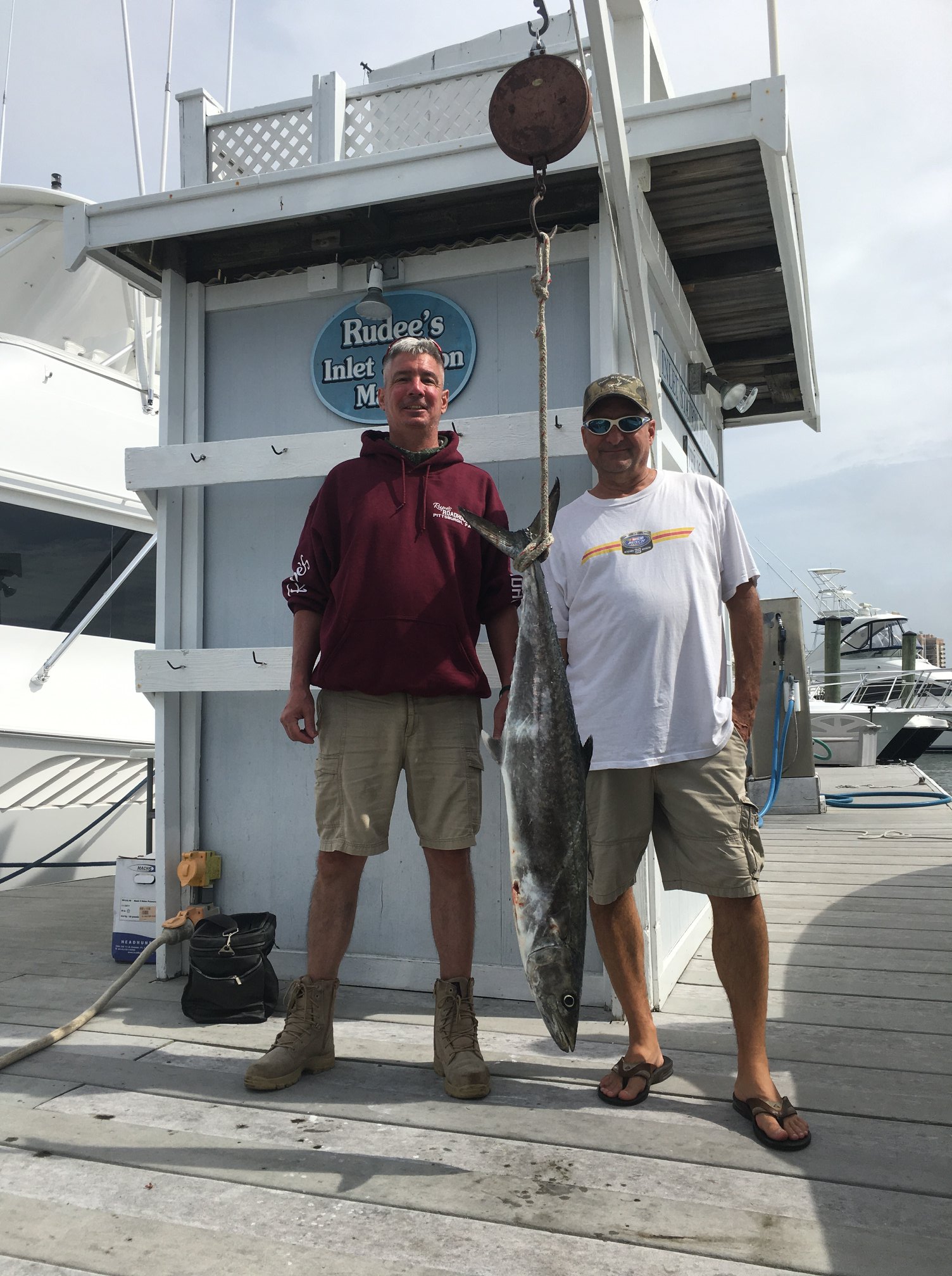 Boats working off the oceanfront are picking up a few “smoker” king mackerel. The Flatline (Aquaman Charters) picked us the nice king pictured above.

Now is usually when we see some of the largest flounder of the year caught. They are biting inside the Bay and around ocean structure. The largest fish are usually caught on a live Spot. Speaking of spot, it’s time for a run of large yellow belly spot.

Speckled trout and puppy drum are feeding in Bay tributaries and area inlets. Connie at Long Bay Pointe Bait and Tackle said the speckled trout fishing has turned on inside Lynnhaven Inlet. Dr Ken Neill has been catching shrimp off his dock at night and fishing them on the flats near Seaford Va. He’s had good luck using artificial lures and peeler crabs but said a live shrimp was tops, can’t keep them in the water long without a hookup. 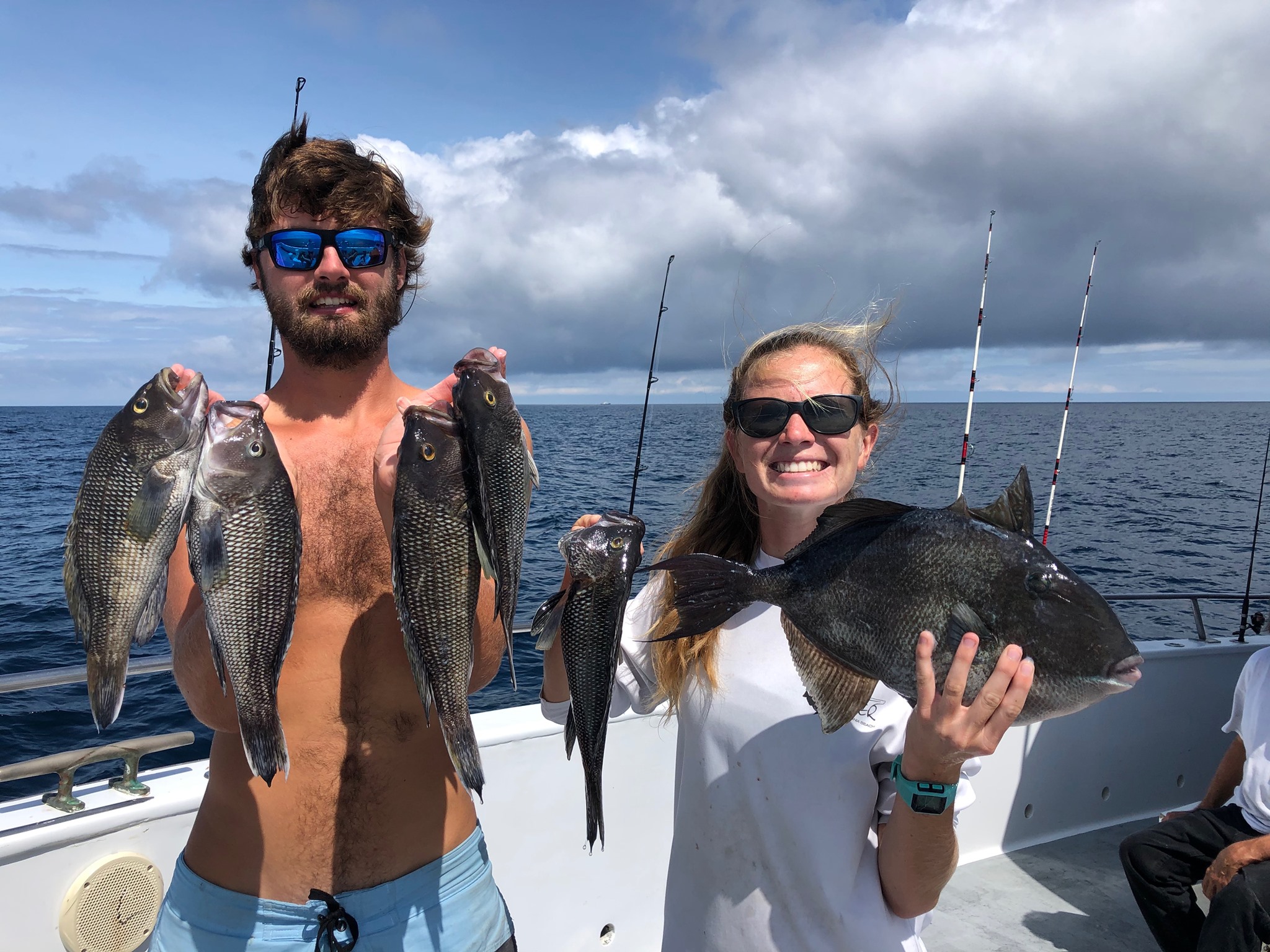 Rudee Tours, the Rudee Inlet head boats have had great success with their new fall scheduled. They are getting nice catches of black sea bass, triggerfish, spadefish, amberjacks, and flounder. 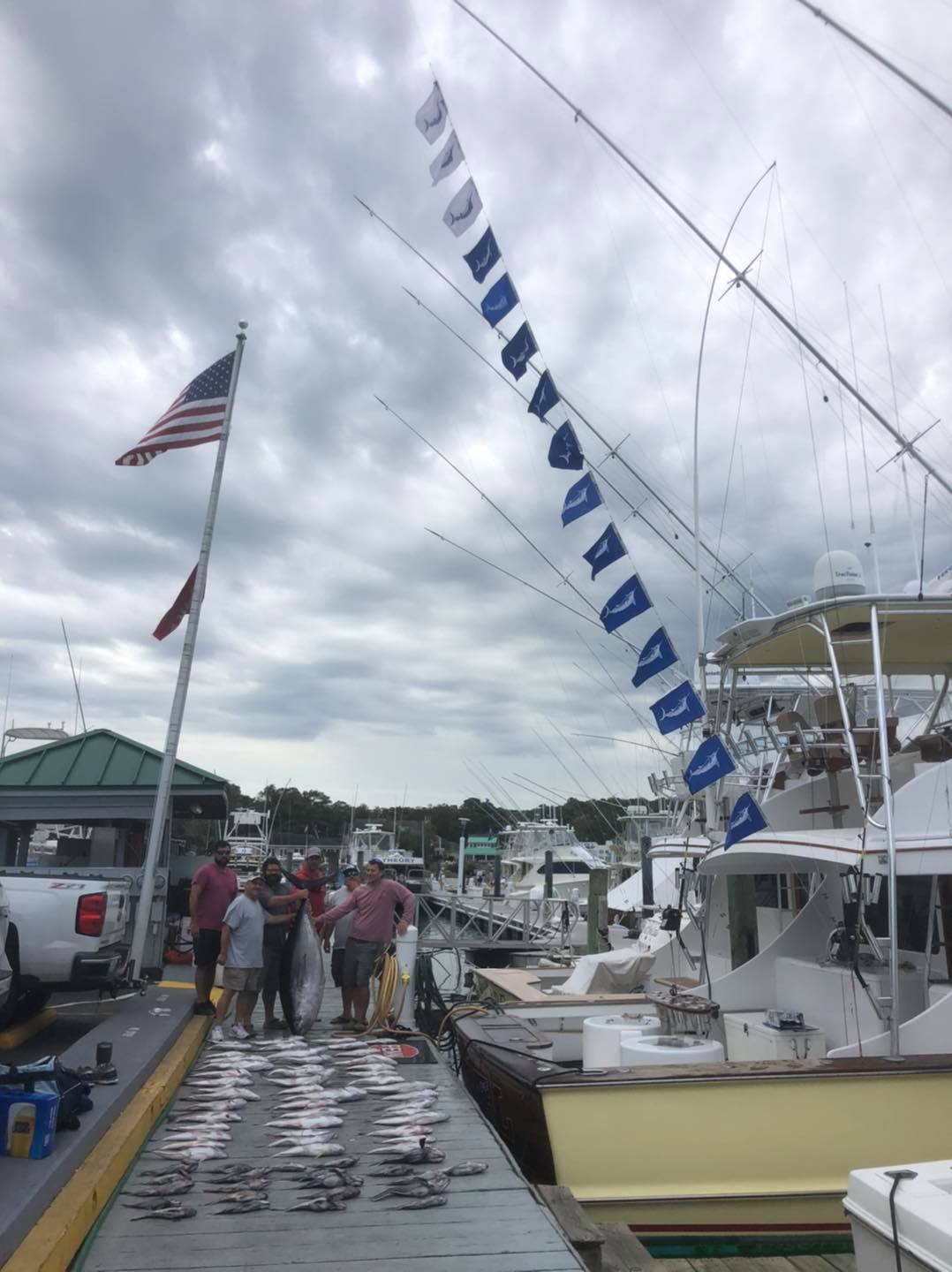 When the weather permits, offshore boats are enjoying some great billfish action. The Rebel recently caught 3 blue marlin and 12 white marlin and found time for a limit of tilefish. Look for the wahoo bite to pick up over the next few weeks.