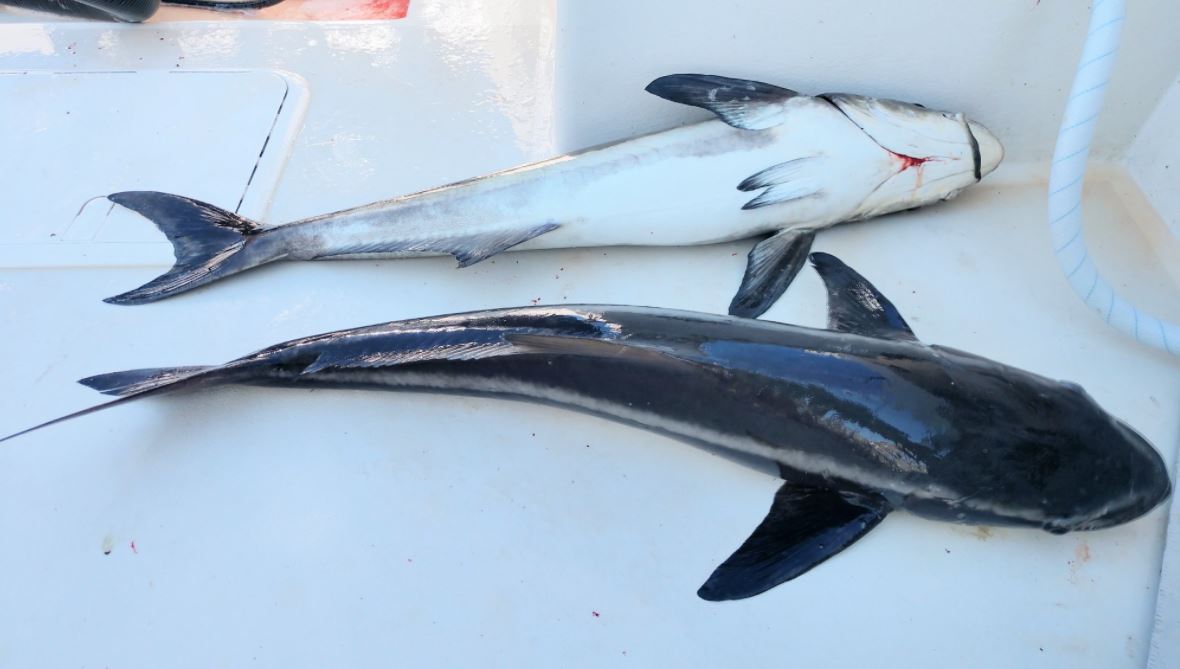 Cobia two at a time on the Healthy Grin

Starting in September, throughout the fall and winter our fishing report will be posted every other week. Be sure and check back often though because we will post breaking news and trophy fish reports as soon as they come in. Our next report will be September 14th.

Cobia are on the move as they start to head south. Dr Ken Neill has been catching them two at a time while trolling the oceanfront. A purple Rapallo has been his favored trolling lure.

Red drum are still roaming about the lower Bay and around the shoals of the Eastern Shore barrier islands. Look for them near the islands of the CBBT. Next month a northerly blow will jump start some good surf fishing action. Big bull reds will show in the surf lines along Sandbridge and the Wildlife Preserve. 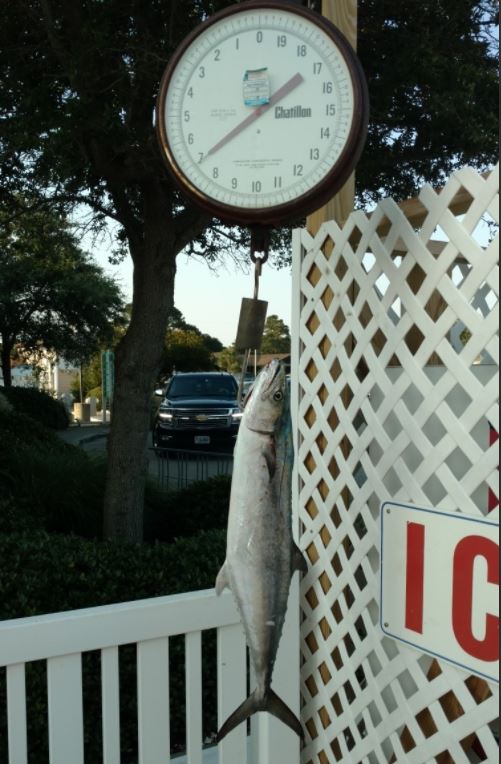 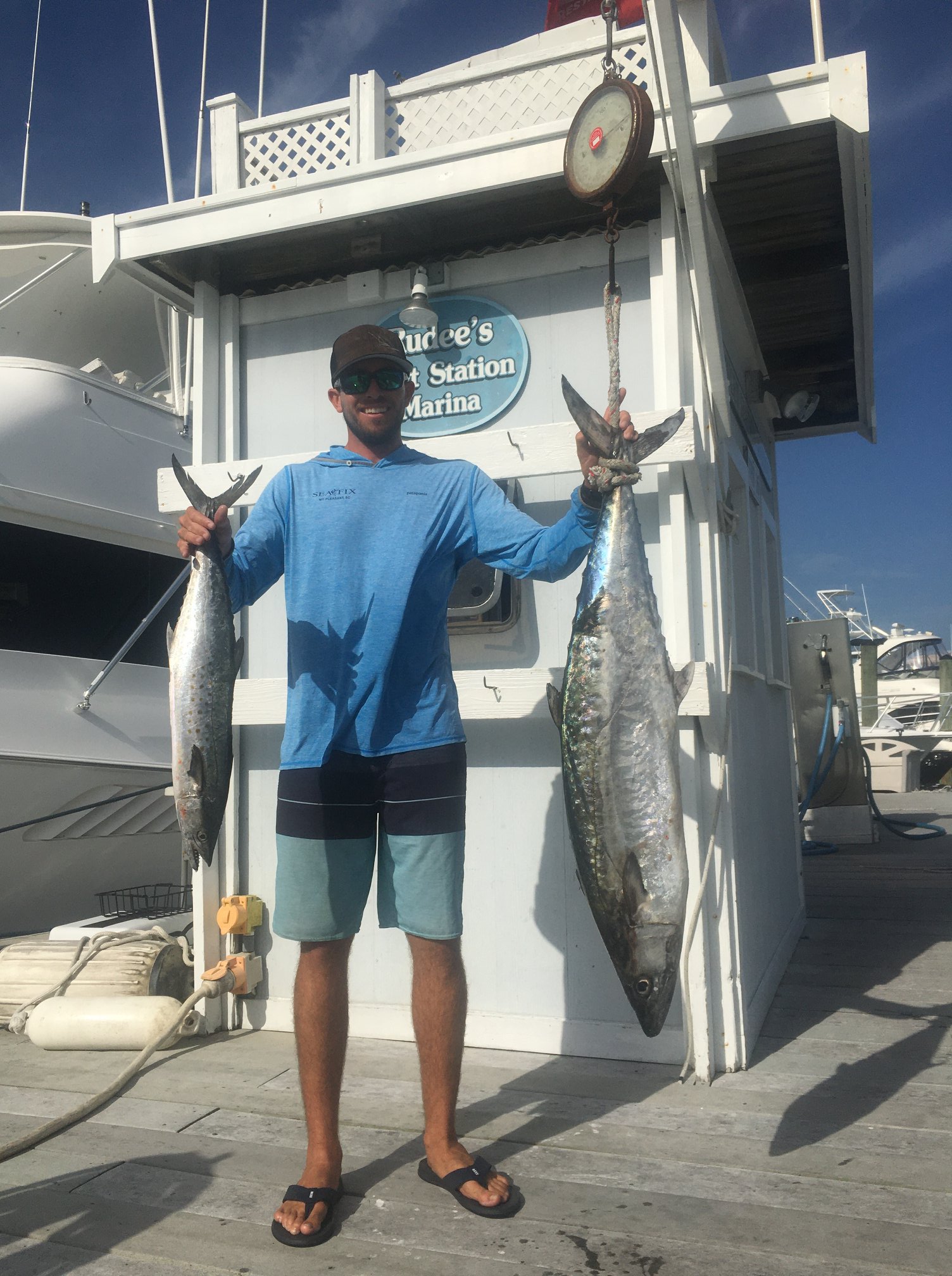 September is typically peak king mackerel season off Virginia Beach. A number of smoker kings have already been landed and they crashed both live and trolled baits. Frank Riganto land this really nice smoker!

Flounder catches are improving. Look for them around the CBBT pilons, near the rocks that cover the tunnels and around coastal reefs and wrecks. Many are caught around the jetties at Rudee and Little Creek inlets.

As the summer give way to more temperate breezes and cooler days, folks of all ages anticipate the big run of the tastiest panfish on the Eastern seaboard, Norfolk spot. Schools of exceptionally large yellowbellies will provide non-stop bottom fishing at its finest. 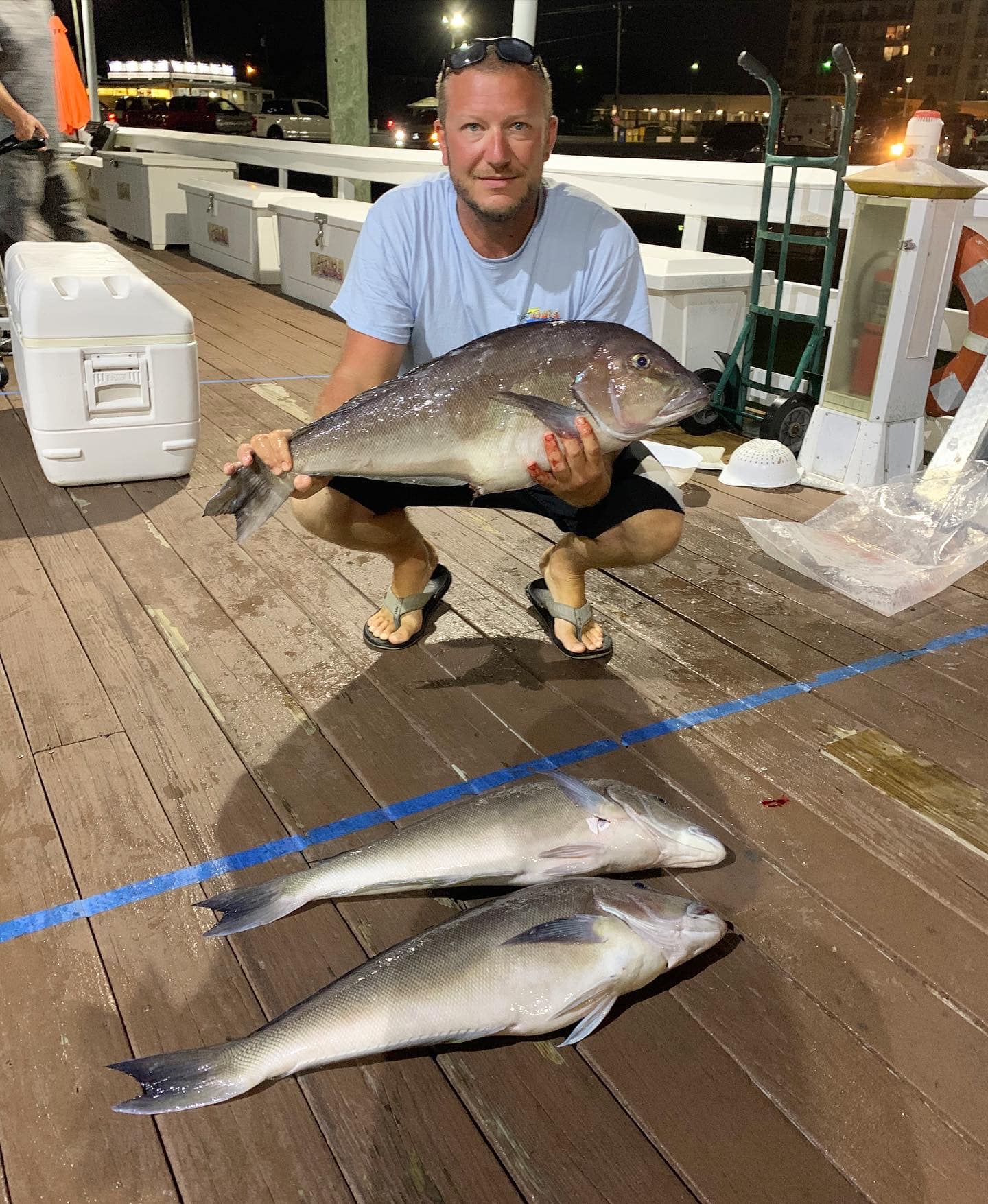 Offshore anglers are finding plenty of dolphin. The white marlin bite has been consistent with a few blue marlin and sailfish mixed in. The boats deep dropping are catching mostly tilefish and seabass. 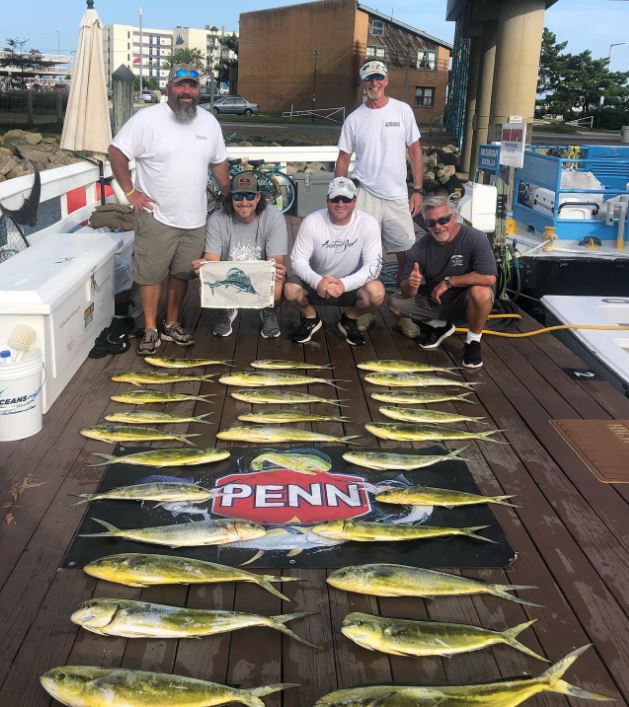 David Wright, captain of the High Hopes put his crew on dolphin this week ….. then top off the trip with a sailfish release.