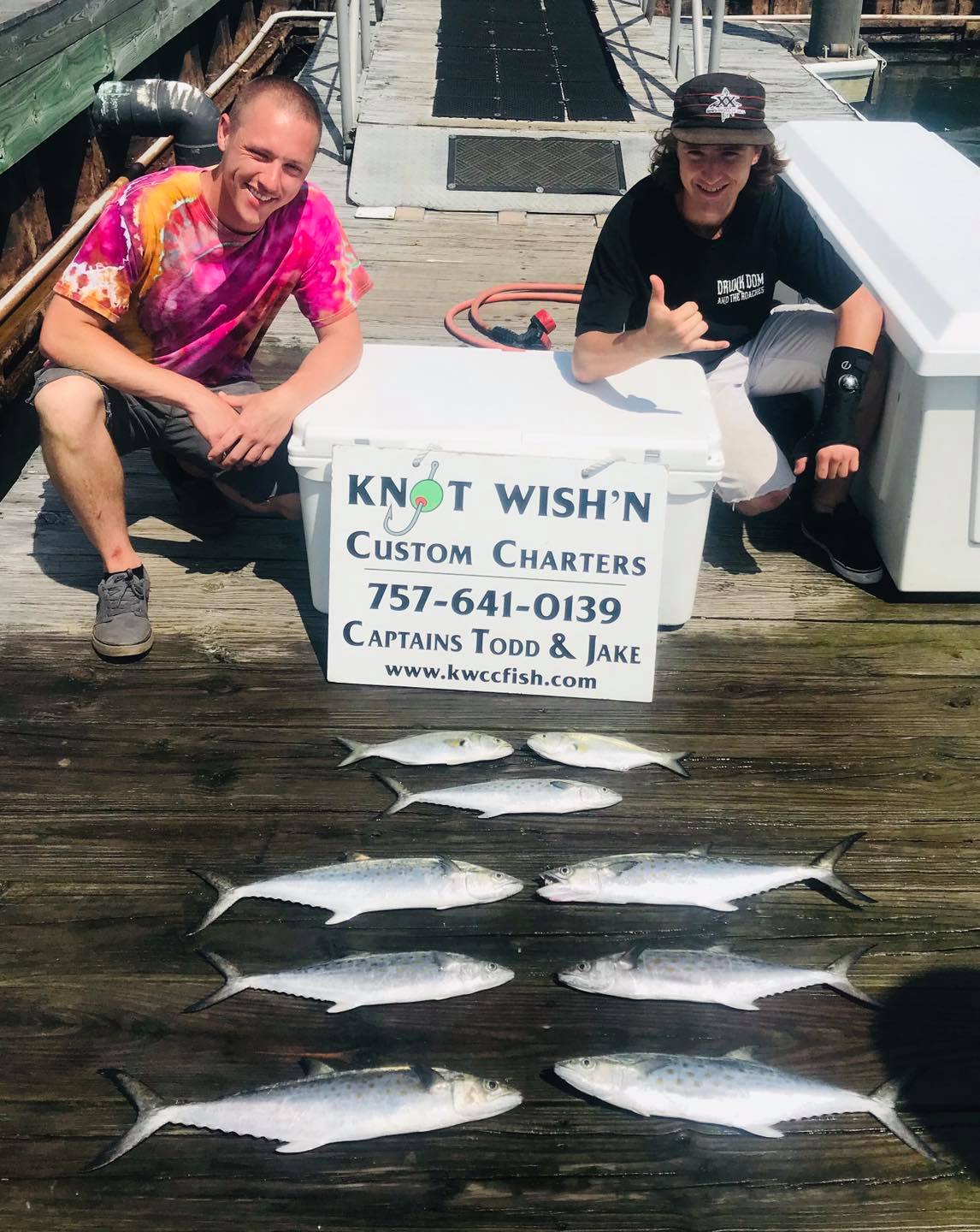 Spanish mackerel and ribbonfish continue to keep anglers busy. Look for them along the oceanfront and near tide-rips in the Bay from Cape Henry to the mouth of the Potomac River. The spanish mackerel seem especially attracted to gold spoons paired with a #1 or #2 diving planer. Connie at Long Bay Pointe Bait and Tackle weighed some really large one’s last week, up to 5.5 lbs. He  said larger fish were caught using live bait on king mackerel rigs. 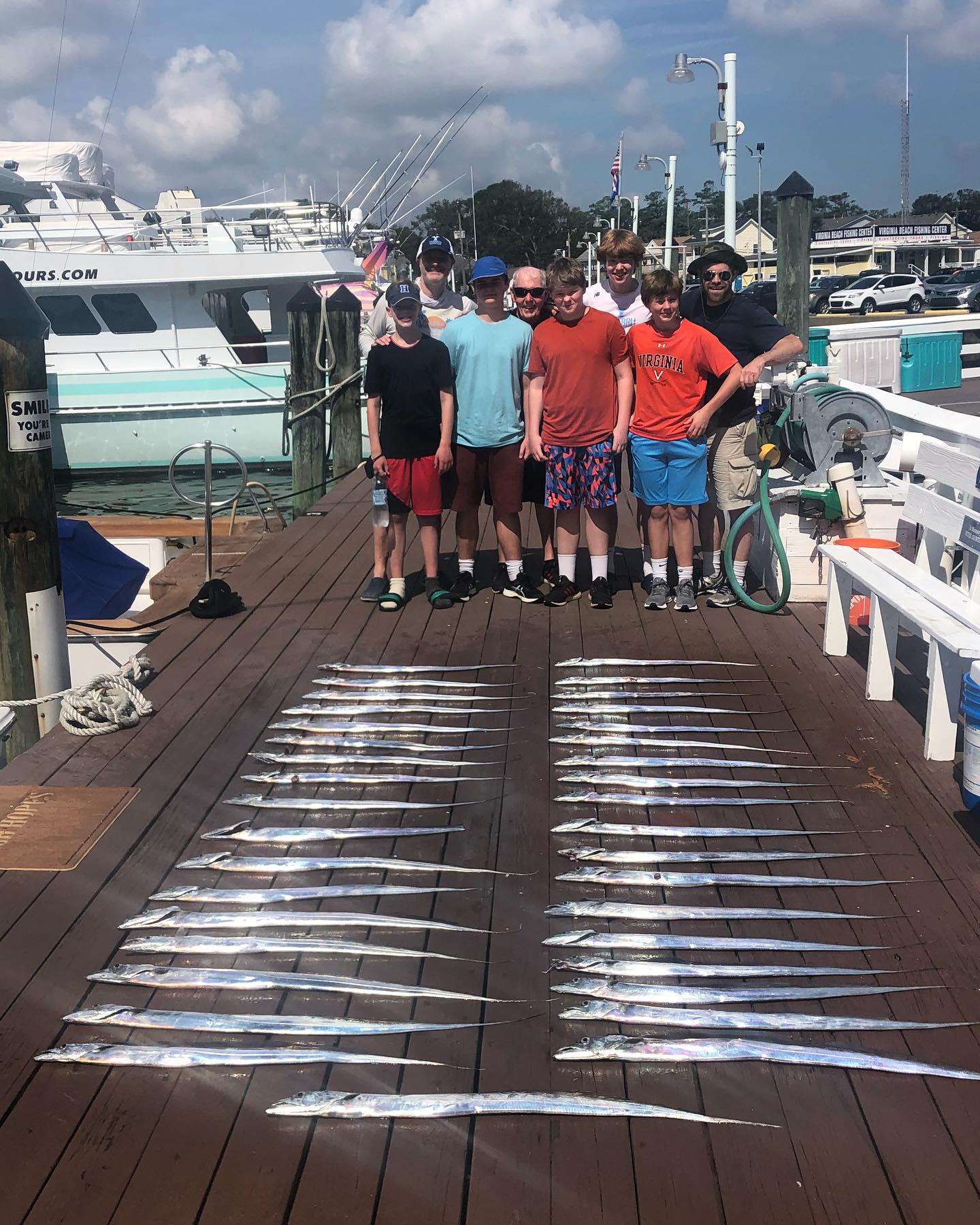 September is Virginia’s peak king mackerel season. Smoker kings have already been landed and they are crashing both live and trolled baits. 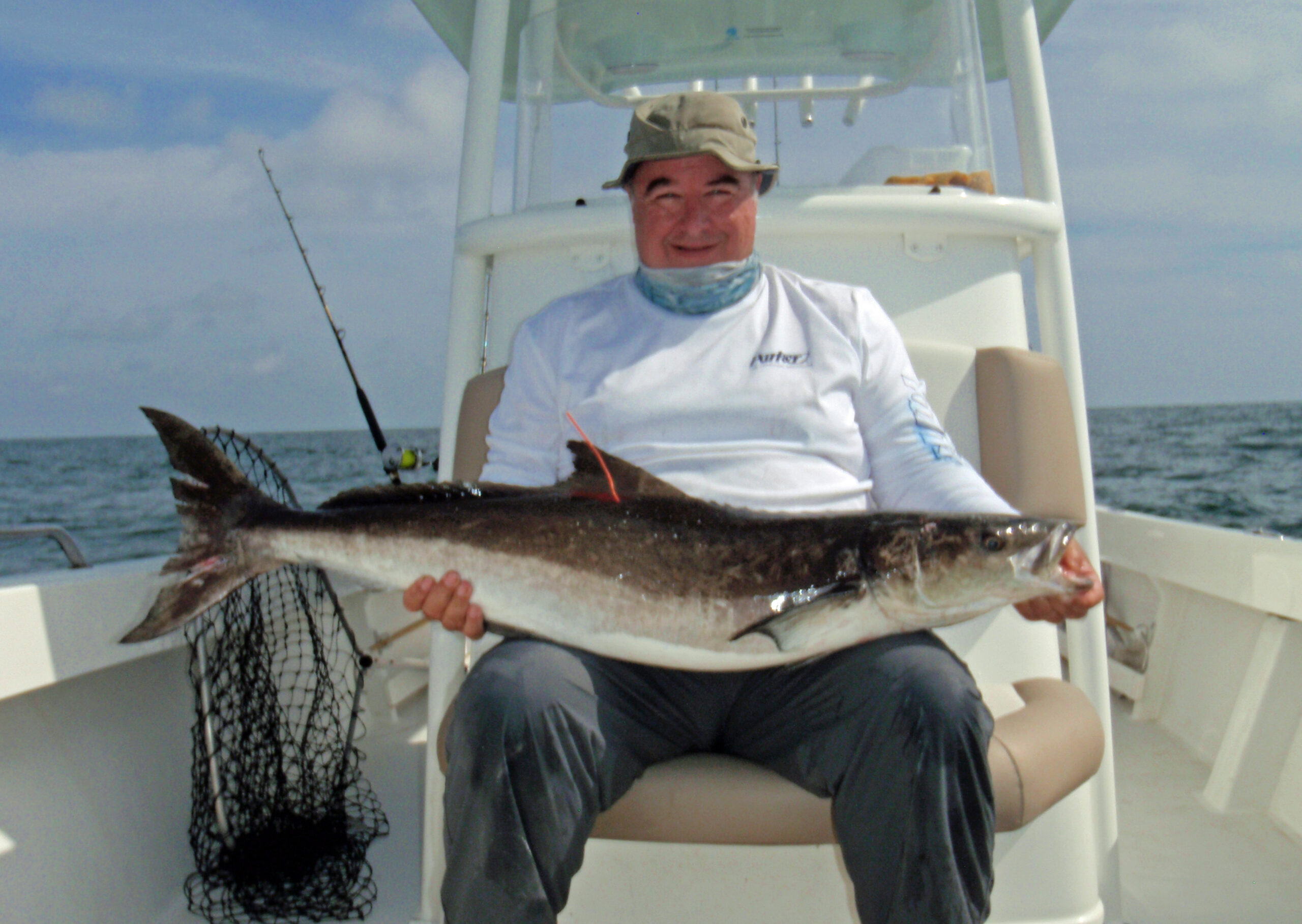 Bay anglers are still enjoying a fantastic cobia bite, they are on the move now. As they prepare to head south there should be outstanding top water action available.

Big red drum are still roaming about the lower Bay and around the shoals of the barrier islands. It is time for reds to begin showing more around the artificial islands of the CBBT. Fresh cut bait and live bait work well for this area. Big bull reds can debut in the surf lines along Sandbridge and the Wildlife Preserve at any time. A northerly blow will jump start some good drum surf fishing action.

Flounder did not disappoint this week and their numbers and size should get better through September. The CBBT, the Cell, artificial reefs and ocean wrecks are holding fish. Bucktails and strip baits work well, but live spot is best for larger flounder.

We are seeing increased catches of large speckled trout. This trend should continue into September. 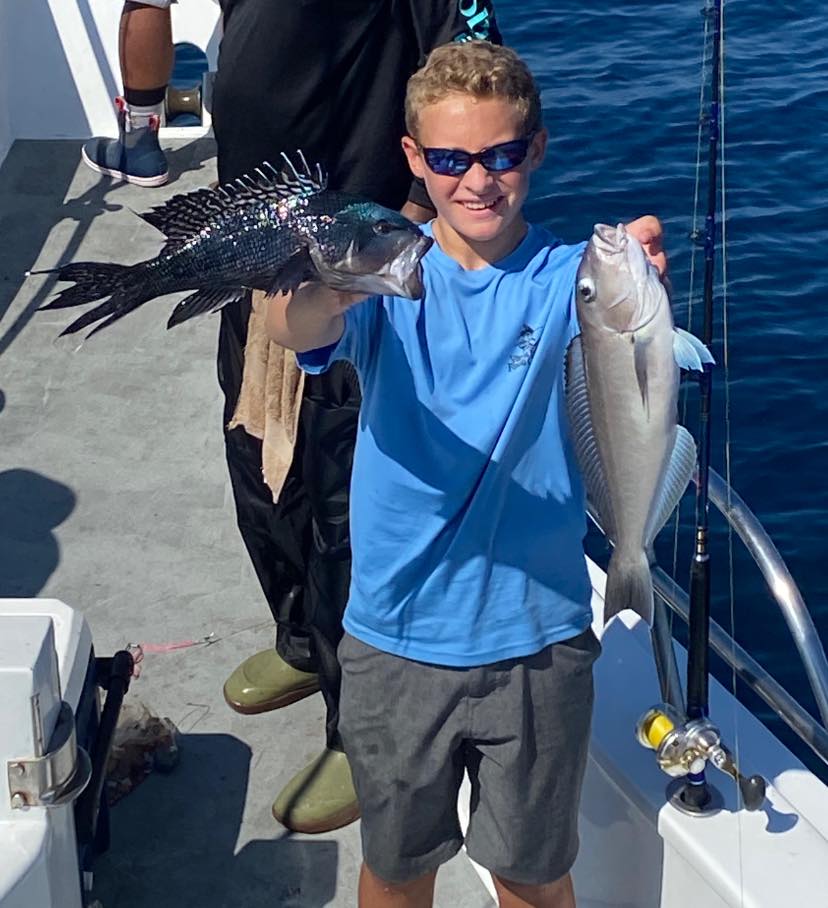 Ocean deep droppers are finding plenty of Seabass. Along with the seabass are golden and blueline tilefish. The Rudee Inlet headboat has 17 hour deep dropping trips planned for Aug 27 and Sep 3. 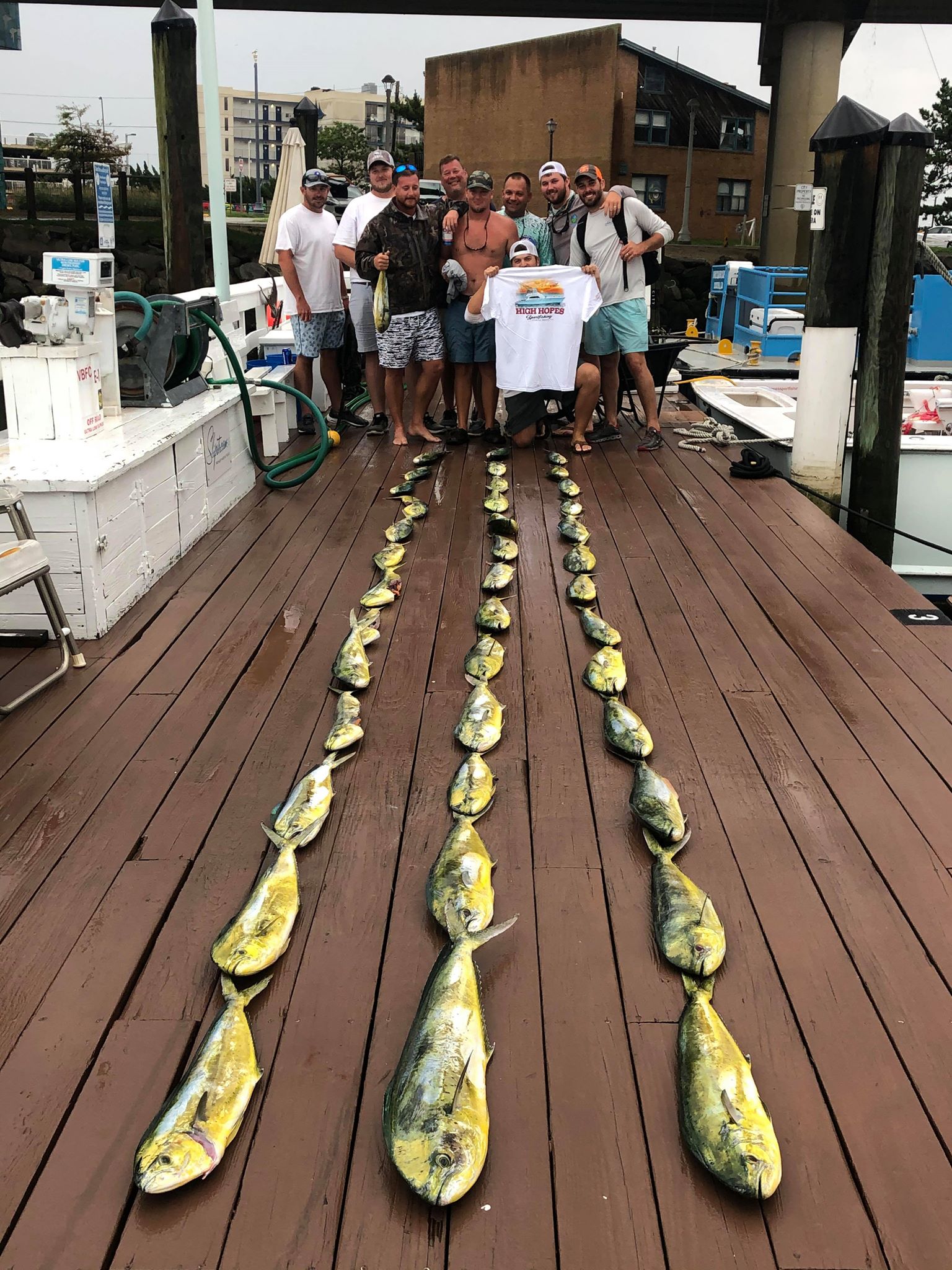 Boat load of Mahi Mahi on the High Hopes

The white marlin bite is excellent and it’s not even September yet. Charters are also picking up blue marlin, wahoo, dolphin and tuna.