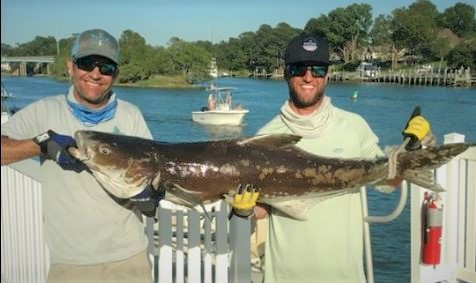 In the bay look for red drum near breakers along the northern portion of the CBBT and close to Fisherman’s Island. Black drum should be available around the islands of the CBBT.

Sheepshead are feeding on the CBBT pilings. Look for schools of spadefish around structure, buoys, towers and the CBBT. 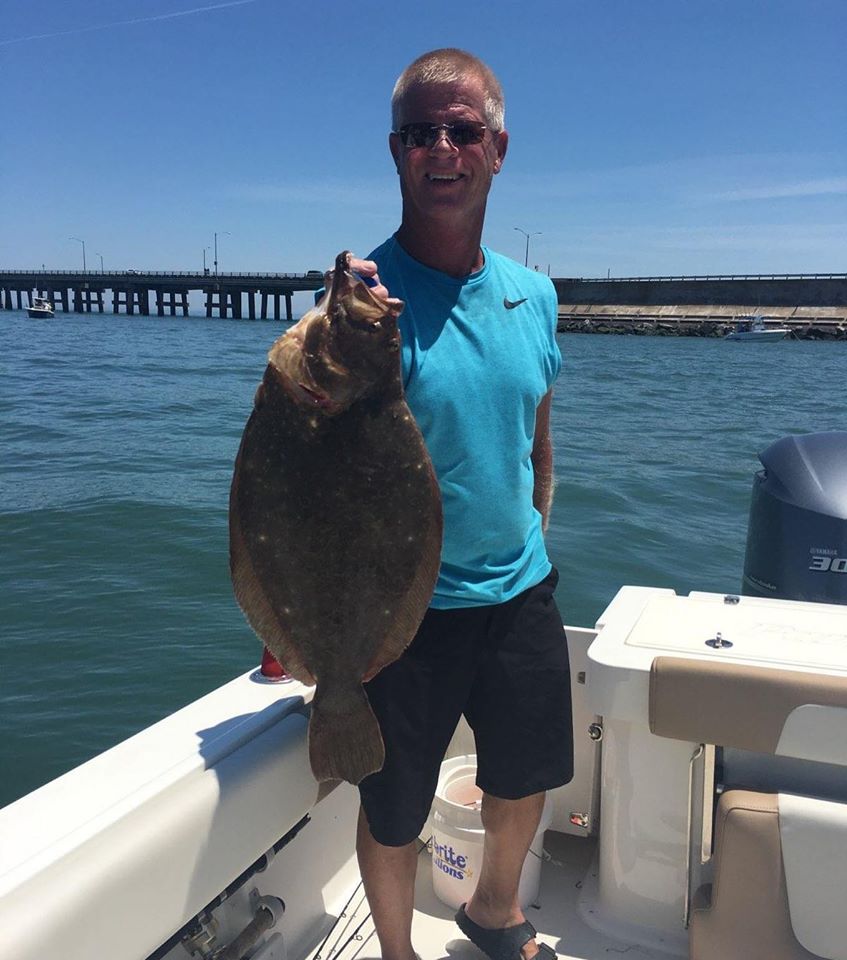 Flounder are starting to bite along the CBBT and inside all three southside inlets.

Speckled trout action has slowed. The best locations to try are on the Poquoson Flats, in Eastern Shore bayside inlets, in all three southside inlets and along the beach.

Deep-droppers can expect tilefish, grouper, red-bellied rosefish and other species. The headboats at Rudee Tours have been catching a variety of bottom dwellers on their deep drop trips. 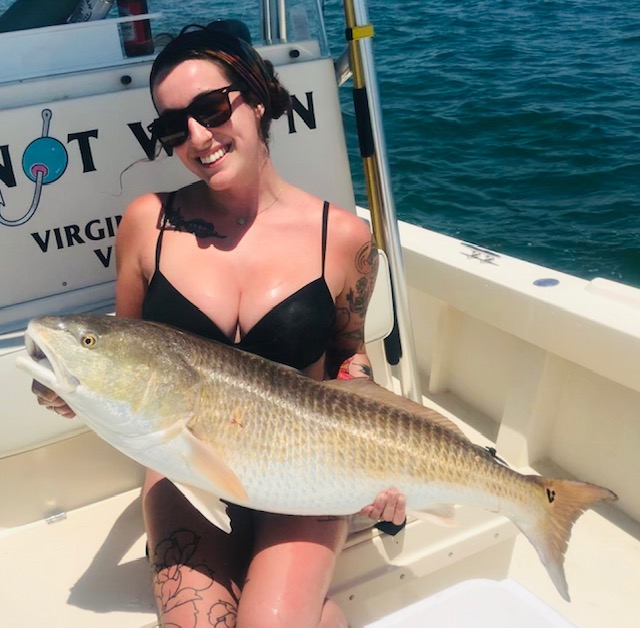 Captain Todd and Jake Beck at Knot Wish’n Charters caught quality spanish mackerel and expect numbers to increase with rising water temperatures. They picked up bull red drum while trolling and by sight casting. They encountered cobia moving north along the oceanfront.

Captain David Wright on the High Hopes has been picking up nice spanish mackerel on his inshore charters. He will be running offshore charters very soon. 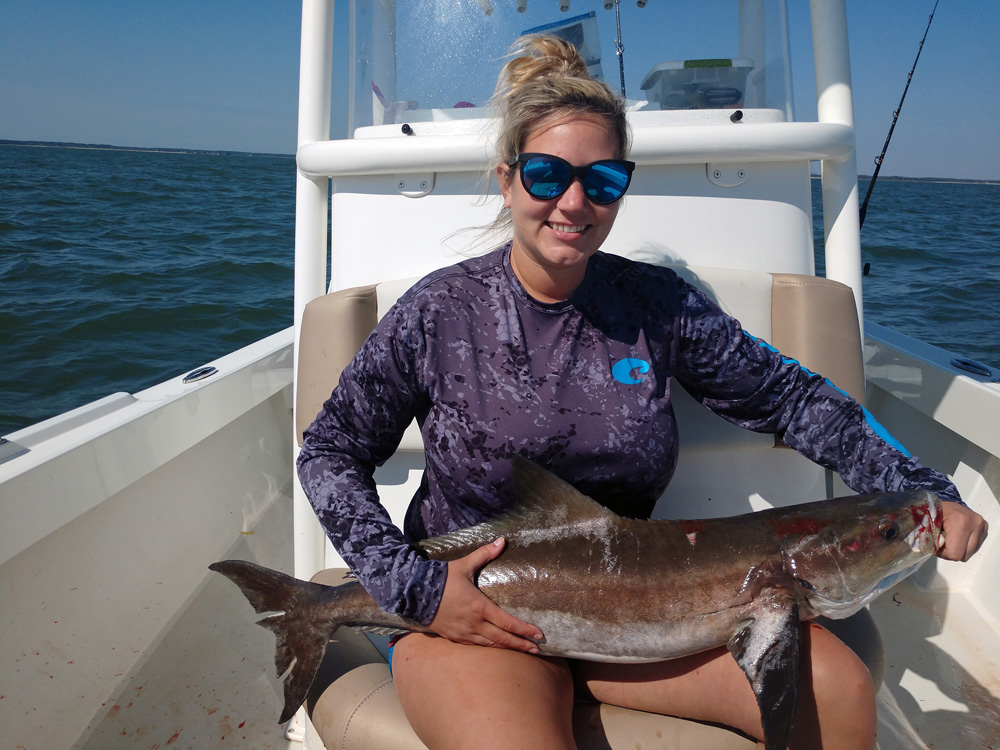 Dr Ken Neill has been targeting cobia mostly. On his last trip he caught six chumming. 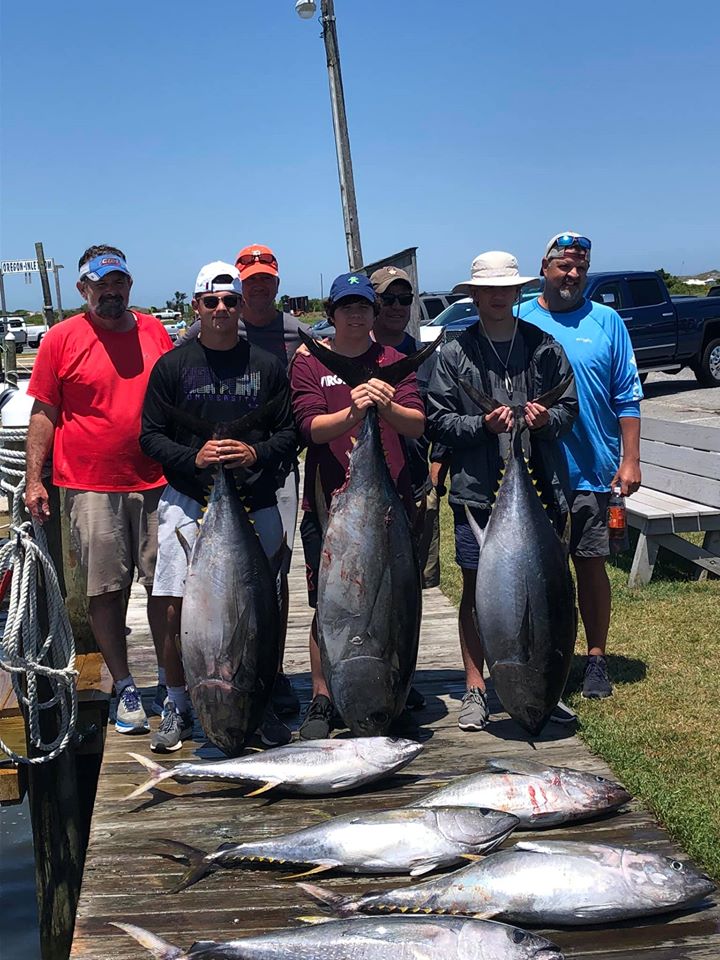 Offshore, tuna fishing has been red hot. This week a bunch of big eye tuna showed up. Dolphin numbers are good and billfish have been hooked and released. A lot of OBX boats are fishing in the Big Rock Marlin Tournament this coming week.

Closer to the beach, cobia, red drum, spanish mackerel and bluefish have been plentiful.

Speckled trout catches along the beach and in the sounds have been excellent. Puppy drum and striped bass have also been available.

Send your reports and pictures to webmaster@vbsf.net