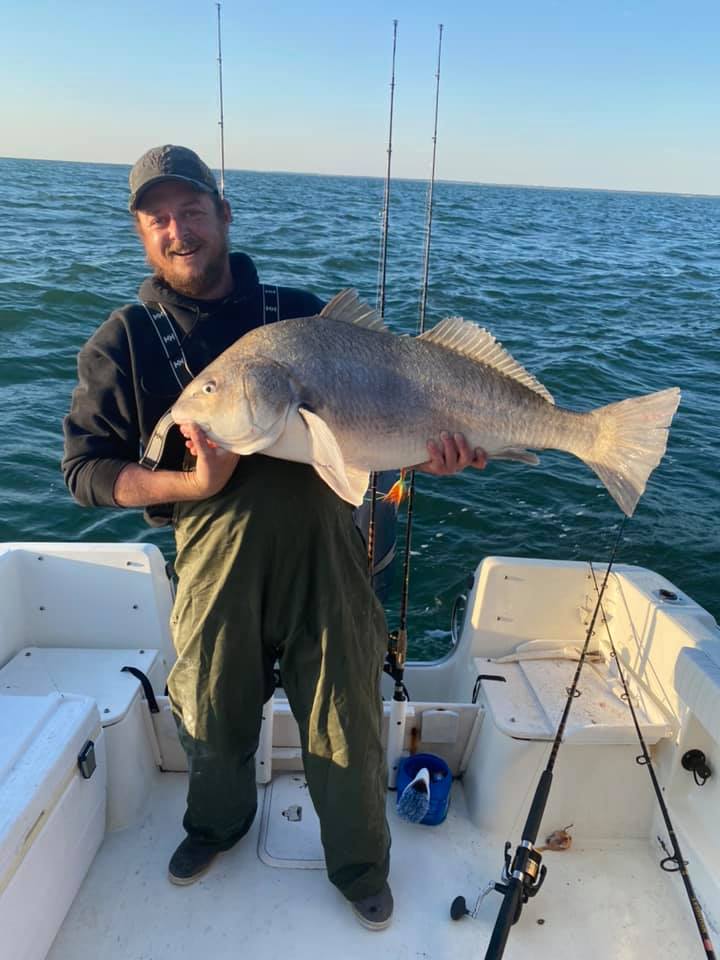 Big red and black drum are available in their usual locations. For the next several weeks the lower Chesapeake Bay will be home to some of the best big drum fishing found anywhere in the world. Look for red drum to be on the shoals and breakwaters surrounding the southern tip of the Eastern Shore. Look for them near the islands of the CBBT. Night fishing has been excellent, but now anglers are starting to see reds on the surface and sight cast to them during daylight. The best black drum location is along the shallow channel ledge running from Fisherman’s Island to near Kiptopeake, the Cabbage Patch and the Concrete Ships.

Long Bay Pointe Bait and Tackle reported stripers and bluefish up in Long Creek. Connie Barbour says some of the bluefish caught near the Lesnrer bridge measured up to 30 inches. Stripers are now available in most Bay tributaries. The Bay’s spring striped bass season runs May 16 through June 15. The minimum size limit is 20 inches, maximum size limit is 28 inches. The possession limit is 1 per person.

Captain Todd Beck from Knot Wish’n Charters says the trout bite in local inlets has slowed in both consistency and size. The water temp along the oceanfront was 65 degrees on Saturday and once it hits 70 the bluefish and spanish bite will really turn on.  Captain Nolan Agner, Aquaman Charters said his crew caught some big red drum along the oceanfront and their first few blues and spanish of the season. Last summers spanish mackerel fishing was outstanding. The fish were large, hopefully we’ll see another great season like last.

A couple of Rudee boats made the very long run down to the Point off Oregon Inlet NC and were rewarded with some nice yellowfin tuna.

Cobia season in Virginia opens June 1 and a few fish have already been caught and released in Virginia waters. This past weekend large schools were just outside Oregon Inlet, NC. Anglers were finding them from the inlet to Jennette’s pier. Most of these schools will enter the Bay in the coming days. 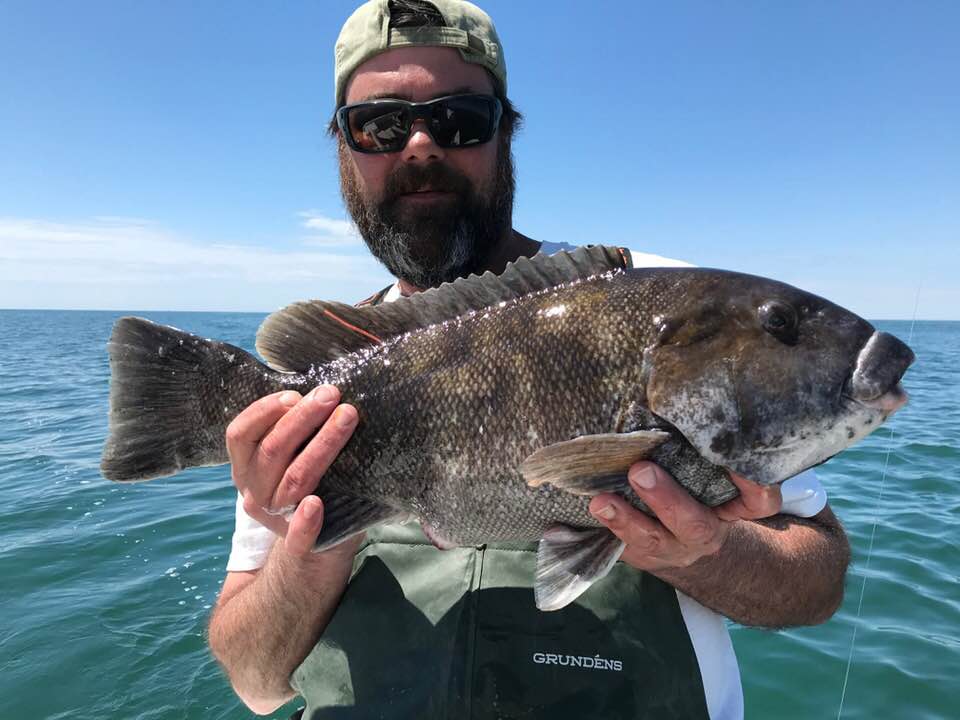 Some quality sized Tautogs to 10 to 12 pounds were caught before the season closed.

Inshore on the Peninsula side anglers have been finding specks and pups in the flats. Anglers reported some decent spot. Some black drum have been landed on the James River fishing pier.

Some great cobia fishing took place over the weekend near Oregon inlet. Anglers were finding schools of two dozen or more swimming together. A few cobia were landed in the surf as well. 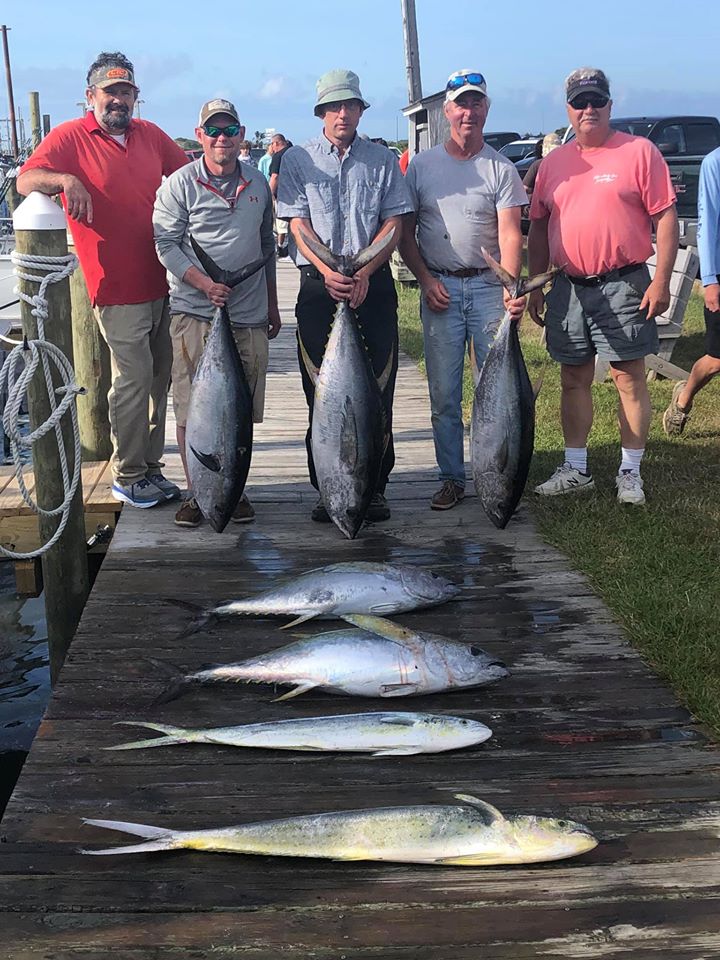 The offshore tuna bite had been on fire but slowed a little over the weekend. There are scattered dolphin and wahoos in the mix. Some nice gaffer mahi were caught off Ocracoke and Atlantic Beach NC. Those fish are moving north, the best is yet to come.

Send us your fishing reports and pictures!