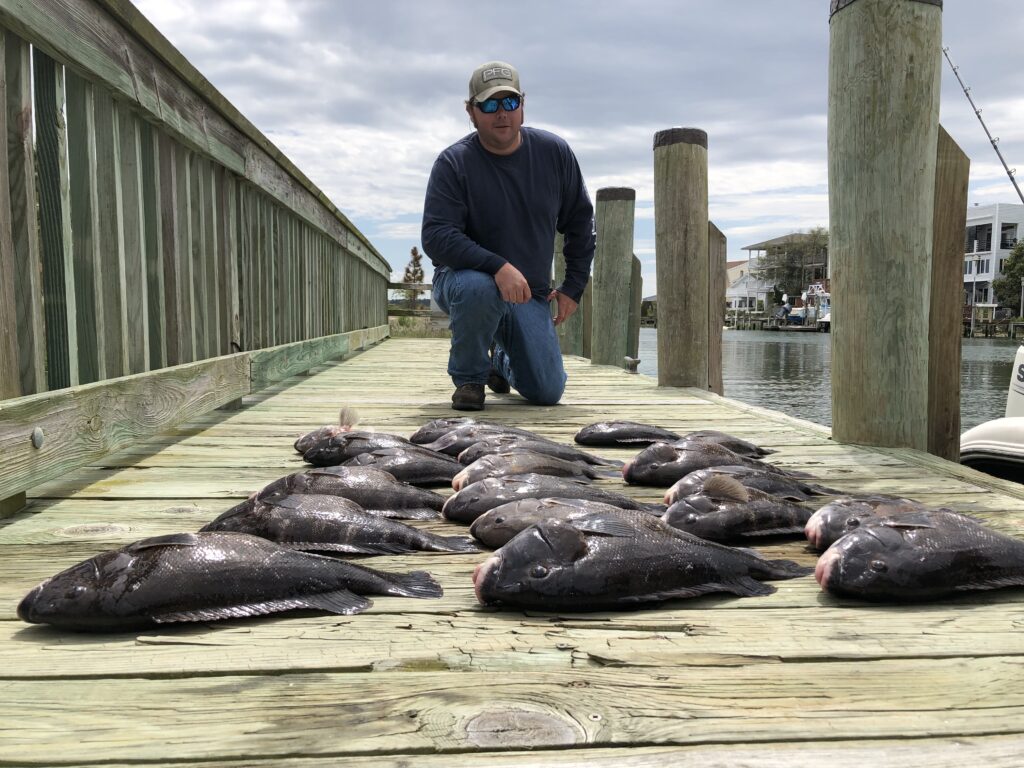 Tautog action was red hot along the Chesapeake Bay Bridge Tunnel this week!! There are only a few more days left in the season, it closes May 15th. Fresh blue crabs, quartered, will be your best bait.

Red drum are on the Virginia shoals near Fisherman’s Island and there are more on the way. Schools of drum ….. and “the first cobia sightings” of the season were reported off Hatteras, NC last week. Many of these fish will enter the Chesapeake Bay soon, where they will hang around all summer.

Black drum have moved into the inlets on Virginia’s eastern shore seaside. They should also be available along the shallow channel ledge running from Fisherman’s Island to near Kiptopeake, the Cabbage Patch and the Concrete Ships. Black drum love fresh clam.

Some nice speckled trout have been caught in the surf down to Oregon Inlet NC. Some nice fish are coming from inside local Virginia inlets and rivers as well.

Bluefish are feeding in the Virginia, North Carolina surf. They are being caught off the Virginia Beach Fishing Pier. The pier has also seen catches of spot and roundheads. Spanish mackerel can’t be far behind! Boats fishing out of Hatteras are catching lots of spanish now.

Flounder catches should improve, especially around Wachapreague and Chincoteague on the Eastern Shore. A few flounder are showing up in our local inlets (Rudee, Lynnhaven, Little Creek) and along the CBBT.

Sheepshead should be in the bay by now, but I haven’t received any reports or seen pictures yet. Remember to send us those reports and pictures! 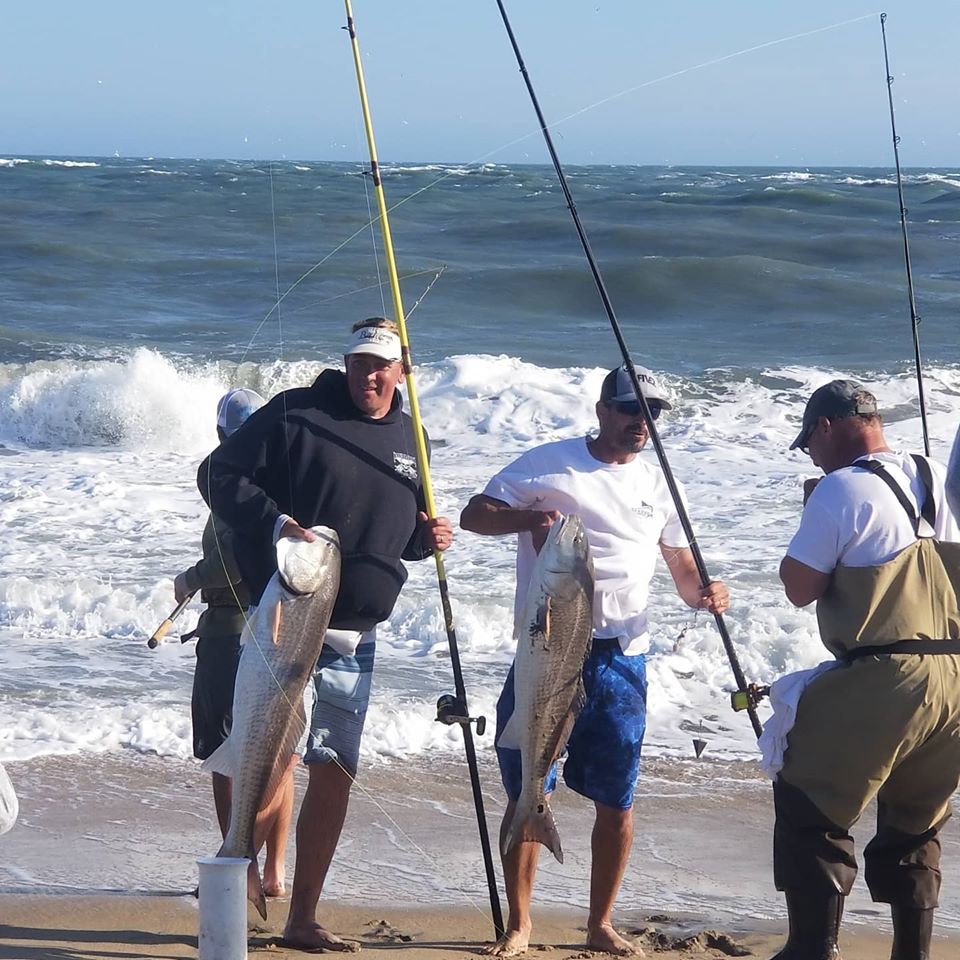 Offshore fishing has been good with boats catching lots of yellowfin tuna. Gaffer dolphin catches are increasing. There’s been some really big ones caught off the Crystal coast. Those guys are headed north. One blue marlin we know of was caught this week.