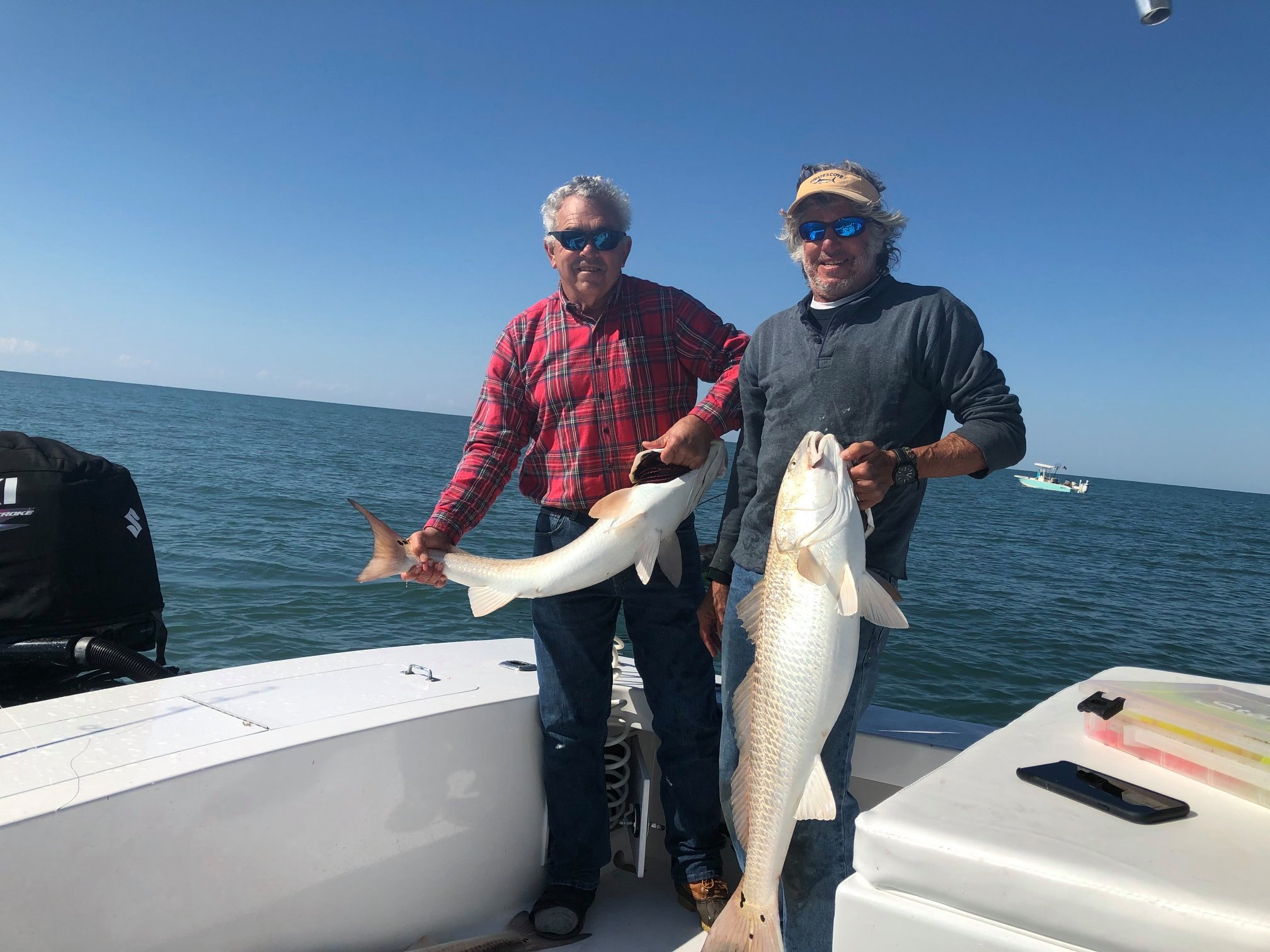 Large schools of drum were encountered off Cape Point near Buxton NC this week. Captain Rom Whitaker says the town of Buxton itself is a ghost town these days. Dare County is only allowing residents in right now. He hasn’t run a charter since March 8th, needless to say that’s financially devastating for these guys.

Captain Jeff Ross on Obsession ran a private trip and got in on the Cape Point action, catching 30 citation reds. These fish are headed for their summer home in the Chesapeake Bay …… A few have already arrived, Dr Ken Neill has been catching them on the shoals near Fishermans Island for two weeks.

Oddly I haven’t seen many black drum reports, surly they are in their usual spots by now. If you’ve caught them send us a picture and report. 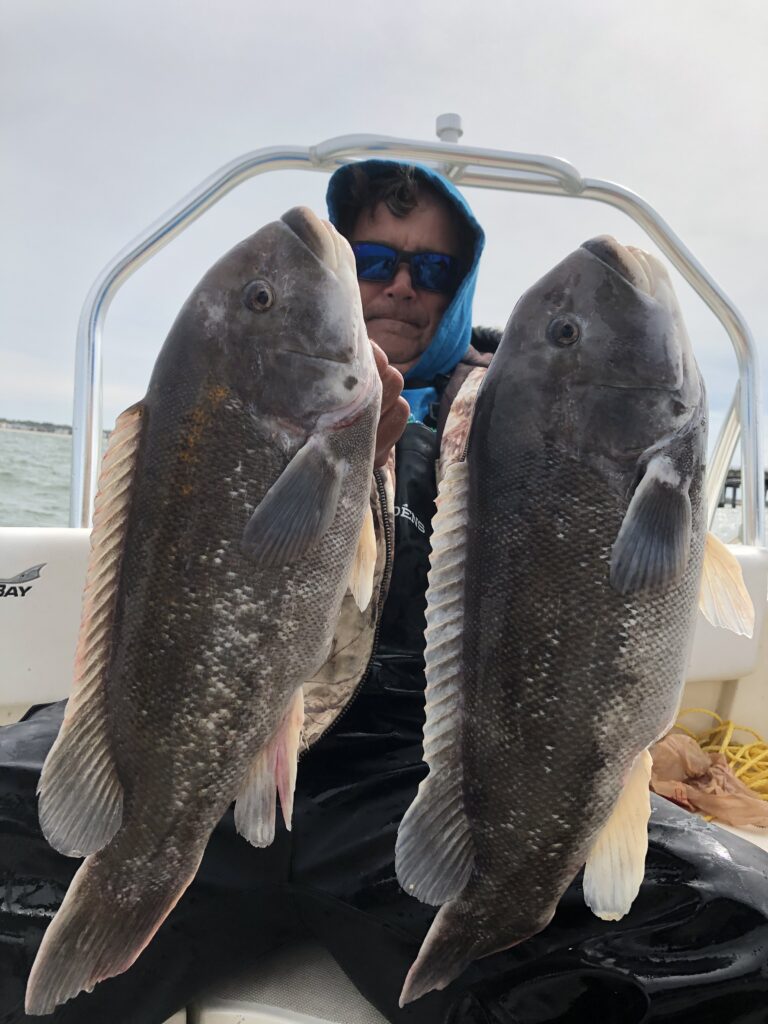 Tautog catches at the CBBT, on near-shore wrecks and artificial reefs has been outstanding. These tasty fish can’t resist a hook baited with fresh crab.

The Virginia Beach Pier reports catches of skates, sand perch, spot and croakers. Most are using bloodworms for bait. Best time to fish is: 8am to 11 am – 2 PM to 8:00 PM. 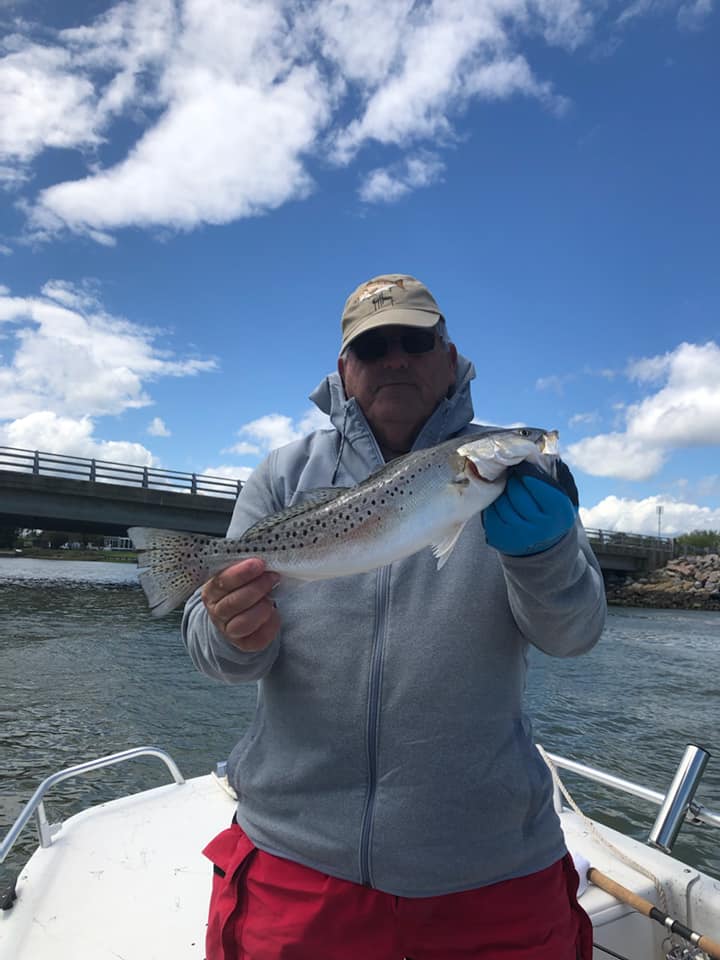 Speckled trout reports continue to come in and puppy drum are available in their usual locations. Stan and Johnny via the PSWSFA Facebook page reported good speck action recently. Fishing both the outgoing and incoming tide they landed 18 fish between 15 and 20 1/2″. They also had probably another 20 bumps and lost several fish at the boat before they could net them. Most were released for another day.

Flounder are showing up in many of the barrier island backwaters along the sea side of the Virginia eastern shore.

NC sound fisherman have been catching plenty of trout and puppy drum and a few stripers.

Offshore Tuna action to our south has been fantastic all winter. A few Rudee Inlet captains have made the long run to get in on it. Lately boats departing Oregon Inlet have been picking up quick limits of yellowfin tuna. One boat reported 40 in just a few hours of fishing.

Be sure and send us your pictures and reports. Send them to webmaster@vbsf.net

Permanent link to this article: https://vbsf.net/2020/04/20/virginia-beach-fishing-rundown/