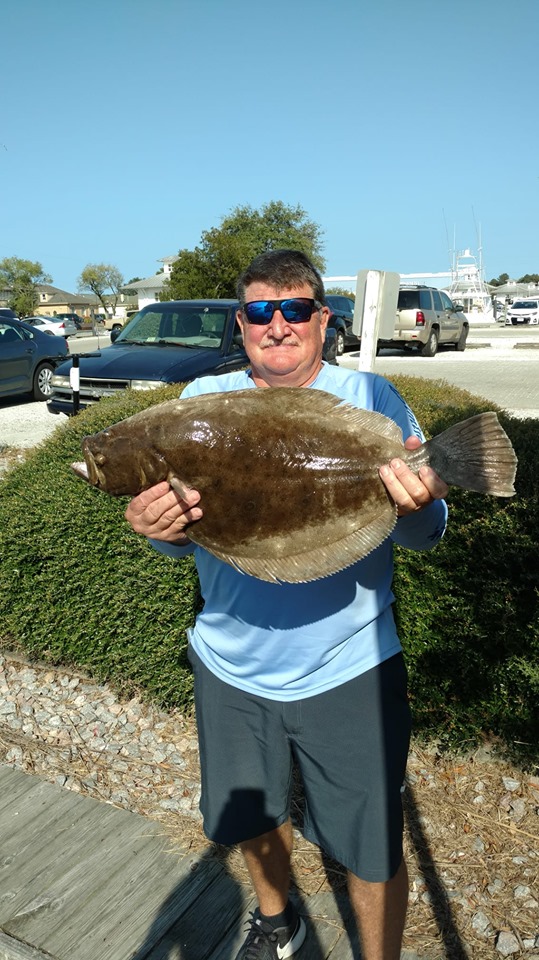 With strong northerly winds it looks like a small craft advisory will be in effect for several days. Hopefully early next week anglers will be able to return to their favorite fishing spots.

The family favorite, large yellowbelly spot have been plentiful lately. Pier anglers fishing Ocean View and Virginia Beach have loaded up. Along with the spot are some trout, puppy drum, croaker, bluefish and flounder. Good numbers of spot are also inside Lynnhaven Inlet. Croaker are available near Ocean View and the Little Creek jetties.

Speckled trout catches along the lower bay shoreline and in creeks have been good. Anglers are using numerous lures as well as live shrimp under popping corks. Puppy drum are biting in many of the same areas. 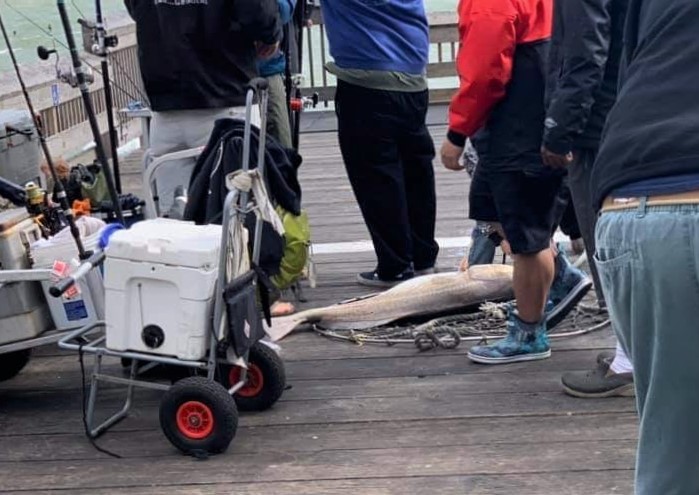 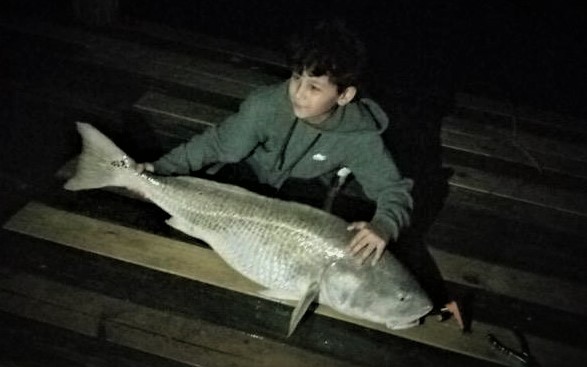 Large red drum are schooling near the mouth of the bay and along the oceanfront as they get ready to leave the area. Surfcasters and pier anglers in Sandbridge are waiting on the migration to occur. Red drum love to feed in the surf zone when water conditions are rough.

Flounder catches have been steady. They are being caught inside all three southside inlets and around coastal wrecks.

There are still a few spanish mackerel and bluefish around, but their numbers are dwelling. King mackerel should be available for a few more weeks. 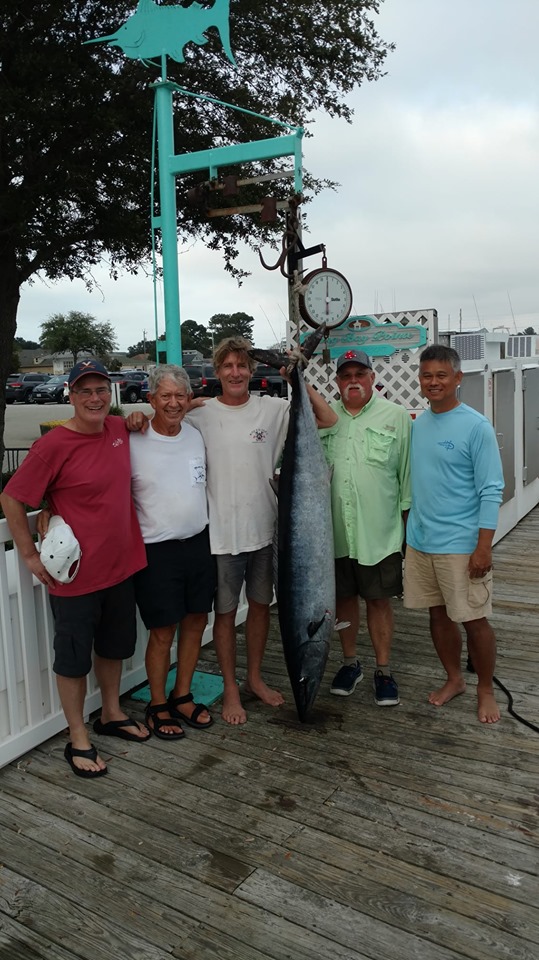 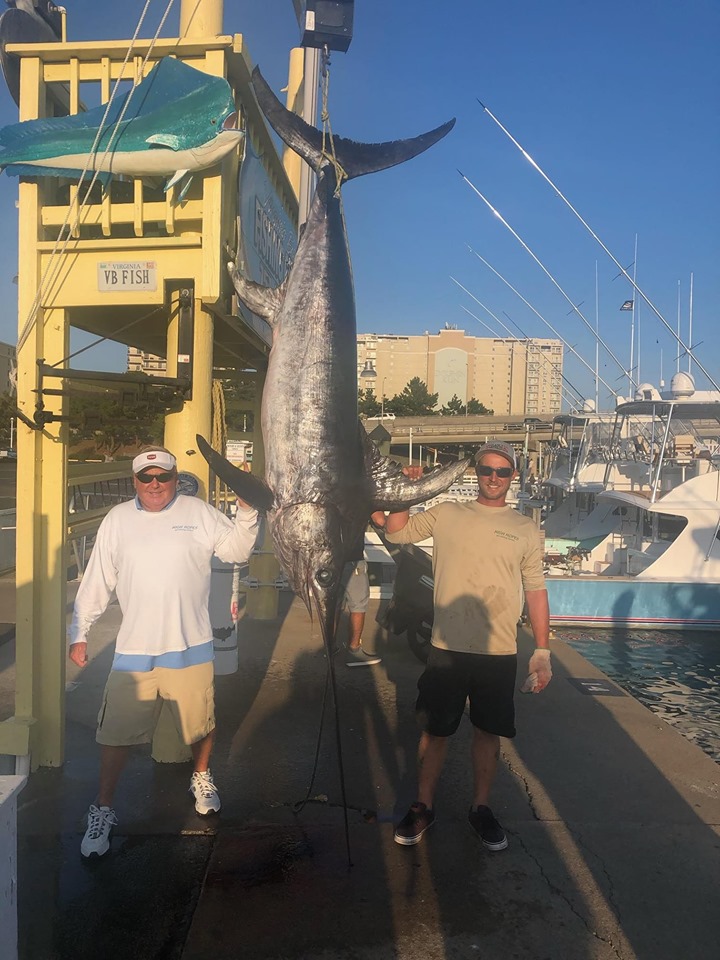 Bluewater action was good before the weather kicked up. When boats return, they should find yellowfin tuna, dolphin, billfish, swordfish and large wahoo. Deep-droppers should continue to catching golden tilefish, blueline tilefish and sea bass.

Speckled trout are starting to work their way out of the sound and into the surf.

Anglers fishing the sound from Wanchese to Oregon Inlet are catching limits of speckled trout. Bluefish are holding in deeper channels around the inlet. Puppy drum are in groups on the flats.

Sheepshead are along the Oregon Inlet Bridge pilings.

Nearshore fishing has been solid for anglers casting jigs to spanish mackerel, bluefish, and false albacore just off the beach. 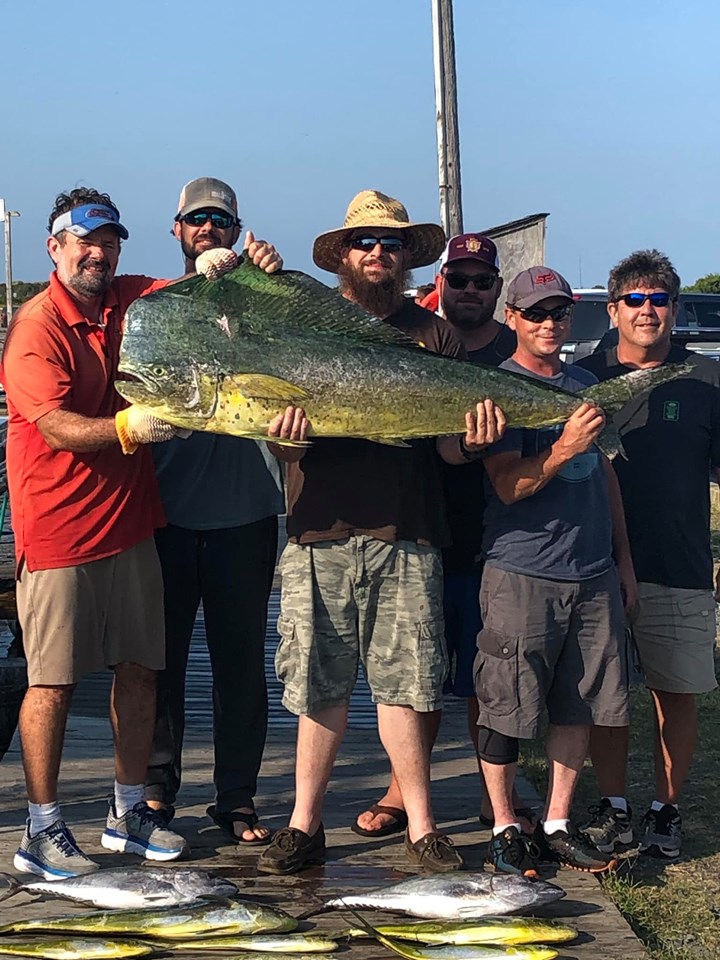 52 pounder!! On the Sea Breeze

King mackerel are scattered inshore. Offshore anglers are finding dolphin catches to be hit and miss. A good day followed by a slow one. Citation-sized yellowfin and blackfin tuna are showing up, and the yellowfin bite is anticipated to get better over the next month or two. A few large bigeye tunas were landed this past week. White and blue marlin releases are happening almost daily. Wahoo numbers have been good, with many fish in the 40 lb. range. Swordfish are being caught by anglers fishing deep.