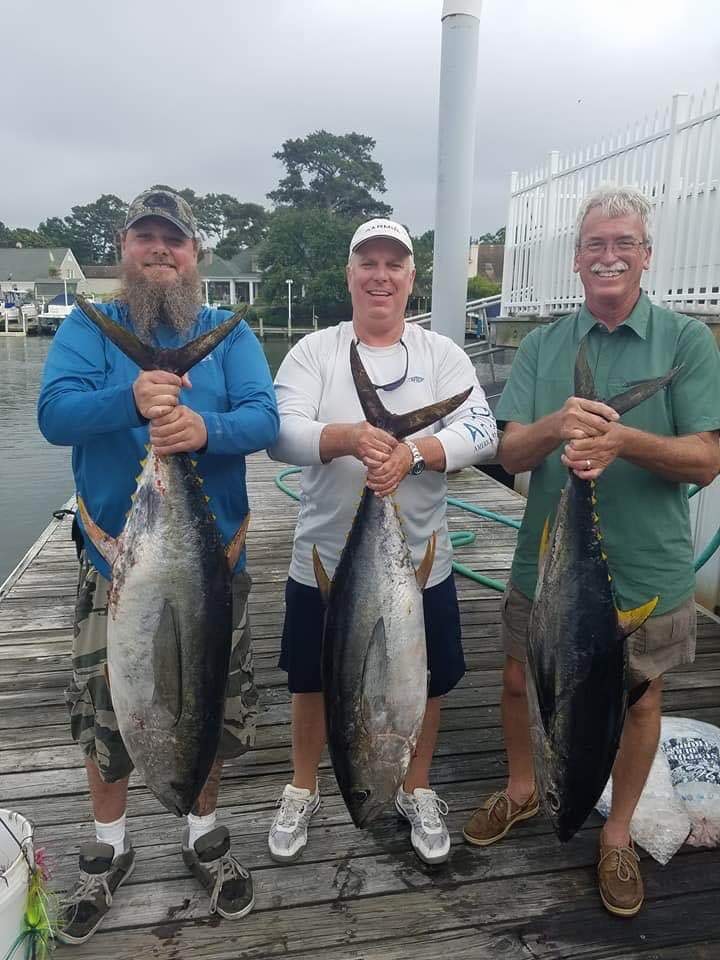 Fall is a time of transition. Our summertime visitors leave (both fish and people). The waters are less crowded and fish are very active. It is my favorite time of the year to fish.

Offshore, September is the time we have epic marlin catches. Boats come in with riggers full of release flags. It just has not happened this year. Billfish are being caught but in the 1 or 2 or 3 rate, not in the 10s, 20s, or even 30s we’ve had in some past Septembers. What we are having are good catches of tuna, dolphin and wahoo. Yellowfin and skipjack tuna are the most common catch but decent numbers of bigeye and even longfin tuna are being caught. A 71 pound 11 ounce longfin was weighed in that if approved will replace the long-standing Virginia record 68-pound albacore caught by Irv Fenton, Jr while fishing on Brent Meadors’ boat, Breike. Fall is the best time to catch swordfish but that fishery has been good all season. Boats dropping around 200 fathoms during the daytime have had consistent success on swordfish along with a bigeye tuna by-catch. Some are using electric reels to do this but you don’t need to. They make things easier but disqualify you from any record or trophy fish citation awards. Nighttime drifting is also producing swordfish and this resulted in a new state-record this year with a 466-pound swordfish caught on the Rebel. 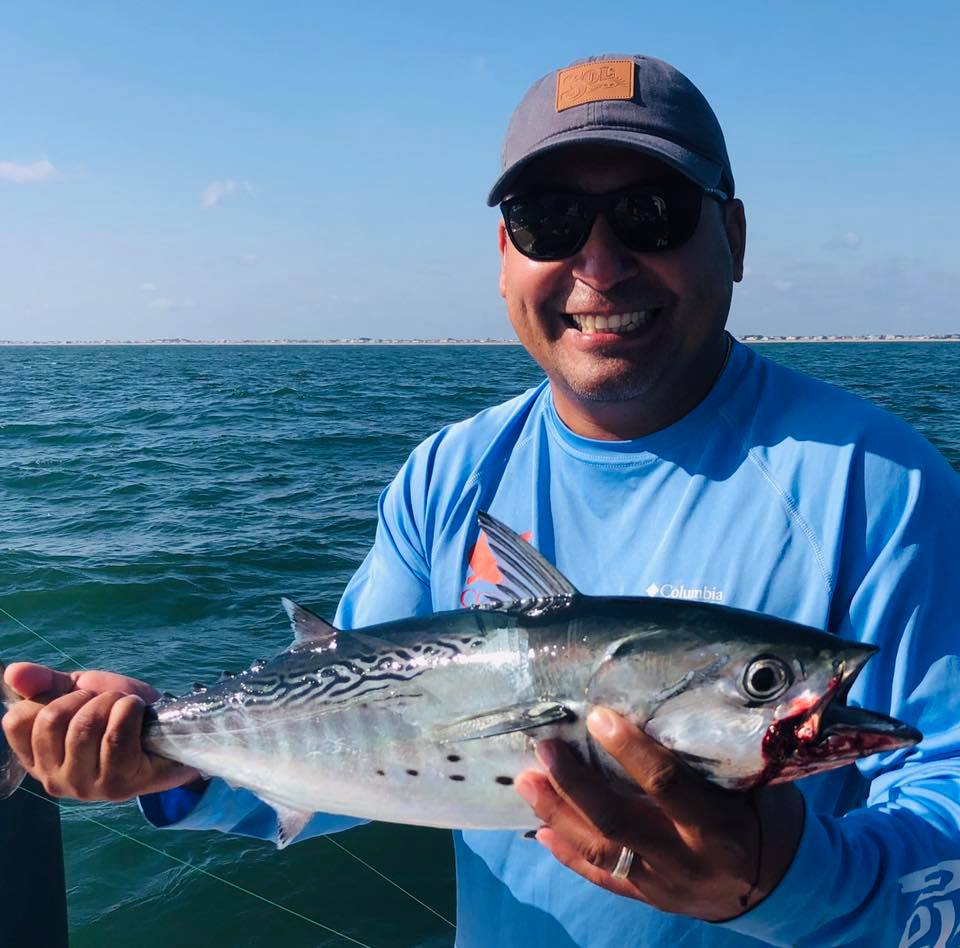 Closer to shore, the wrecks are holding sea bass, triggerfish, and flounder. King mackerel and false albacore can be caught trolling spoons over and around wrecks. The Tower Reef area has been good for this. There are still some spadefish hanging around but they will be leaving as we progress into October. 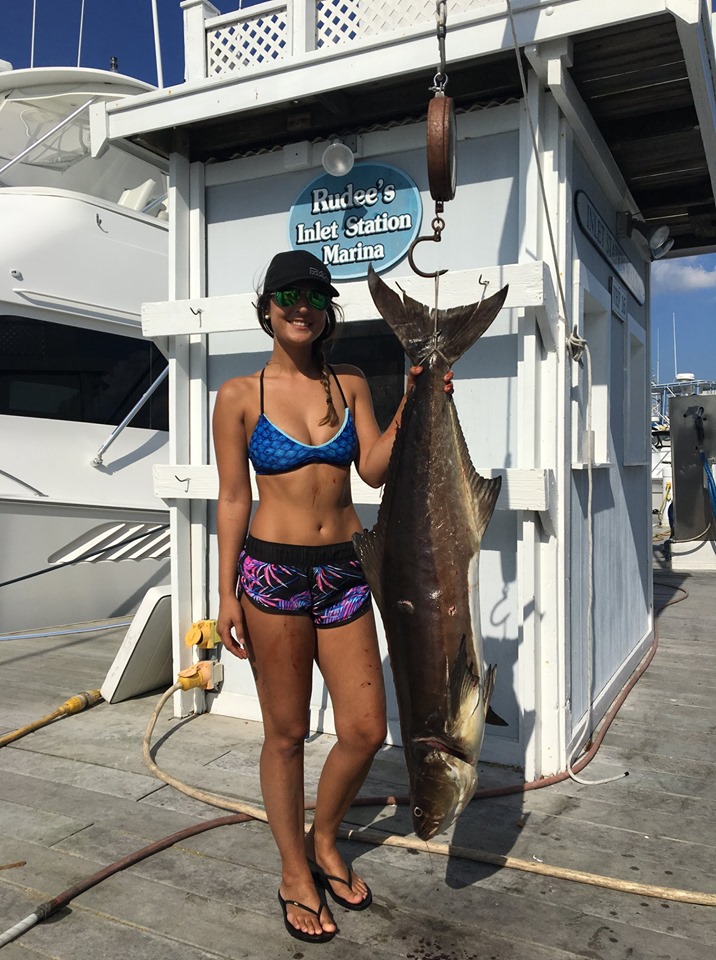 Cobia are still being caught along the oceanfront and in the lower bay. September 30 is the last day of this fishery for both recreational and commercial anglers. Recreational anglers make sure that you file your cobia reports. VMRC needs a good count and you must do so if you want a cobia permit in 2020. 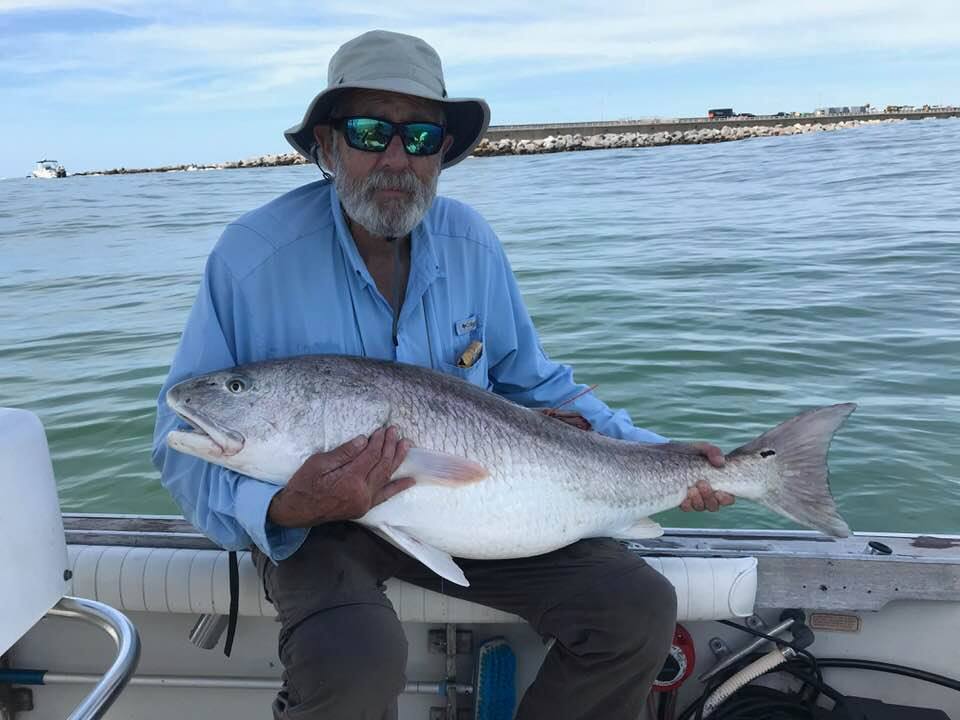 Schools of big red drum are being encountered by anglers looking for cobia. Big red drum are also being caught near the islands of the CBBT. Puppy drum have made a good showing this year and can be caught up on the flats. Most are under the keeper slot size. Speckled trout fishing is very good in both numbers of fish and the size being caught. This fishery is very weather dependent. If we can avoid any major winter kill this year, our speckled trout population looks very good. Tautog, sheepshead and triggerfish are being caught at the CBBT. As we move later into October, the sheepshead catch will diminish as the tautog catch increases. Spot are being caught in decent numbers. They are making one of their better showings in the past several years. 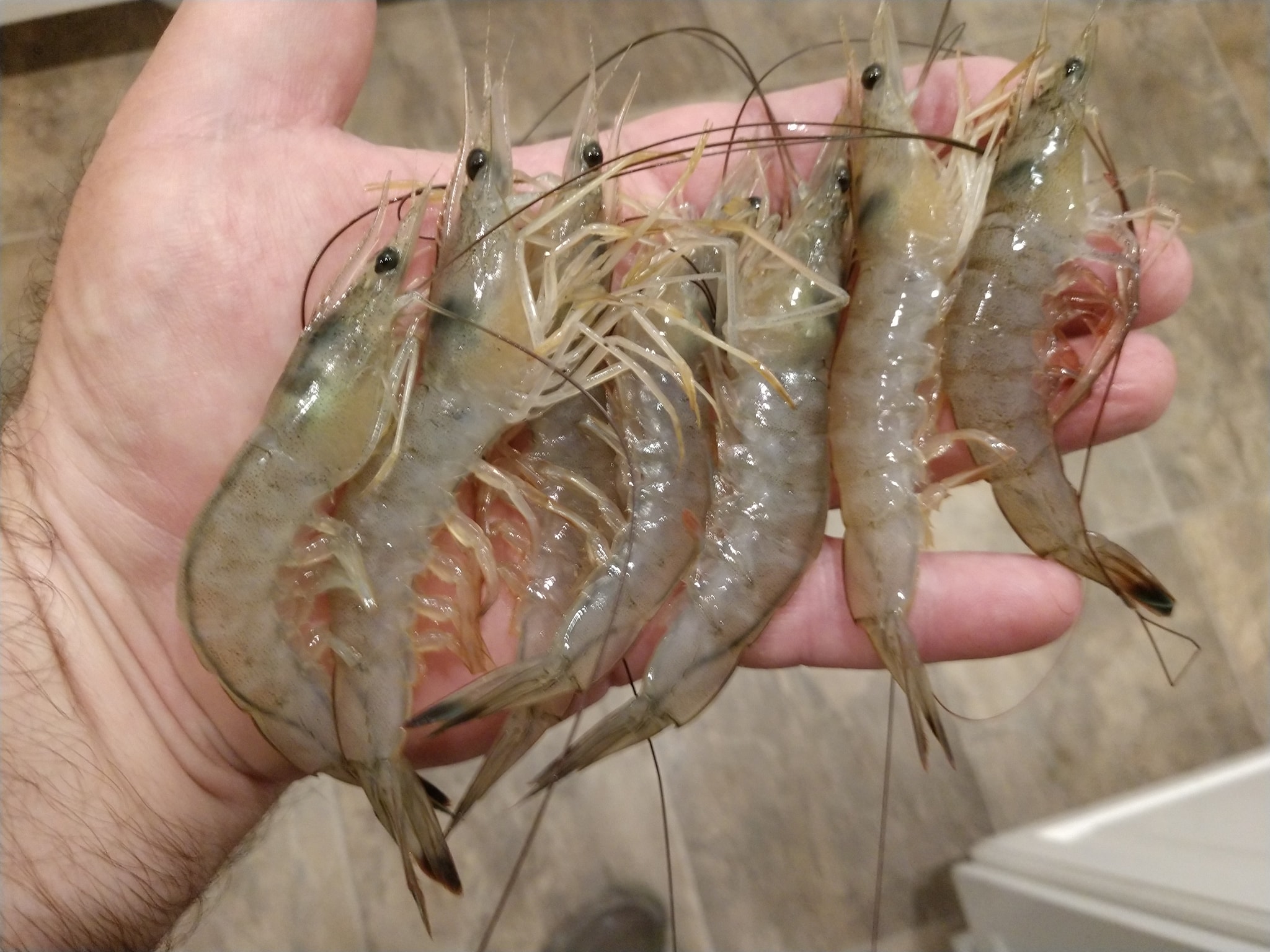 There is a lot of interest in shrimp. We have always had some shrimp. The last few years, there have been eating-size shrimp here in very good numbers. They are being caught up in the creeks, rivers, inlets, and in the shallows on both sides of the bay. Fall is the prime time to catch these tasty critters. Recreationally so far, it is an unregulated species. It is time to get your cast net out and go catch some. Commercially, there is a very small trial fishery along the oceanfront south of Rudee Inlet. This will be the second year of the experimental fishery. Last fall was very successful with a very close monitoring of by-catch.

The striped bass season opens on October 4 in the bay. The coastal season is already open. Virginia continues to move ahead of and beyond anticipated ASMFC action on this overfished species. The springtime trophy fishery was closed. The fall season bag limit has been reduced from 2 to 1 fish per angler in the bay. It has been 1-fish for some time along the coast. A new maximum size limit of 36 inches applies to both the bay and coastal fisheries. The minimum sizes have not changed: 20 inches in the bay, 28 inches in the coastal fishery.

Permanent link to this article: https://vbsf.net/2019/09/26/waters-less-crowded-fish-very-active/