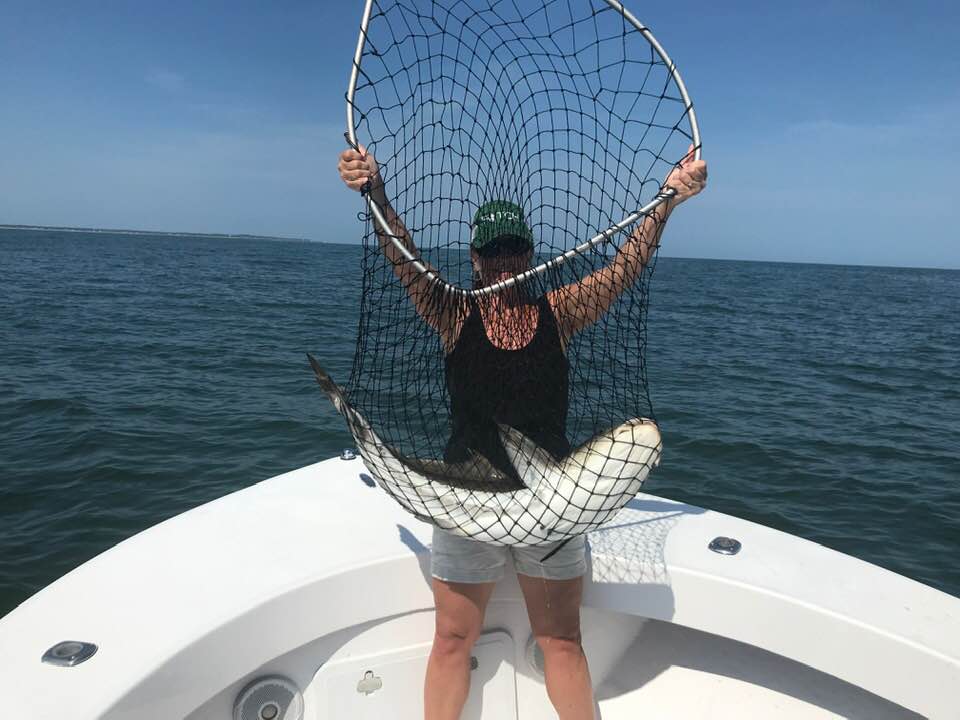 Hurricane Dorian has passed and local anglers are back at it! …. The cobia bite in the bay and along the oceanfront remains very good. Sight casting is most effective and live eels are the best bait. These fish should start exiting the bay and move south soon. But some should be available into October.

Cobia anglers are spotting schools of red drum. Dr Ken Neill did some trolling along the oceanfront September 7th. He saw lots of bait balls, plenty of cobia and a school of red drum. There were schools of spanish mackerel cutting bait. He managed to catch a couple of cobia and a nice king mackerel. He was using plugs.

Spanish Mackerel are still available throughout the lower bay and along the oceanfront.

Sheepshead catches around the CBBT were on the rise this week. Flounder reports were down. 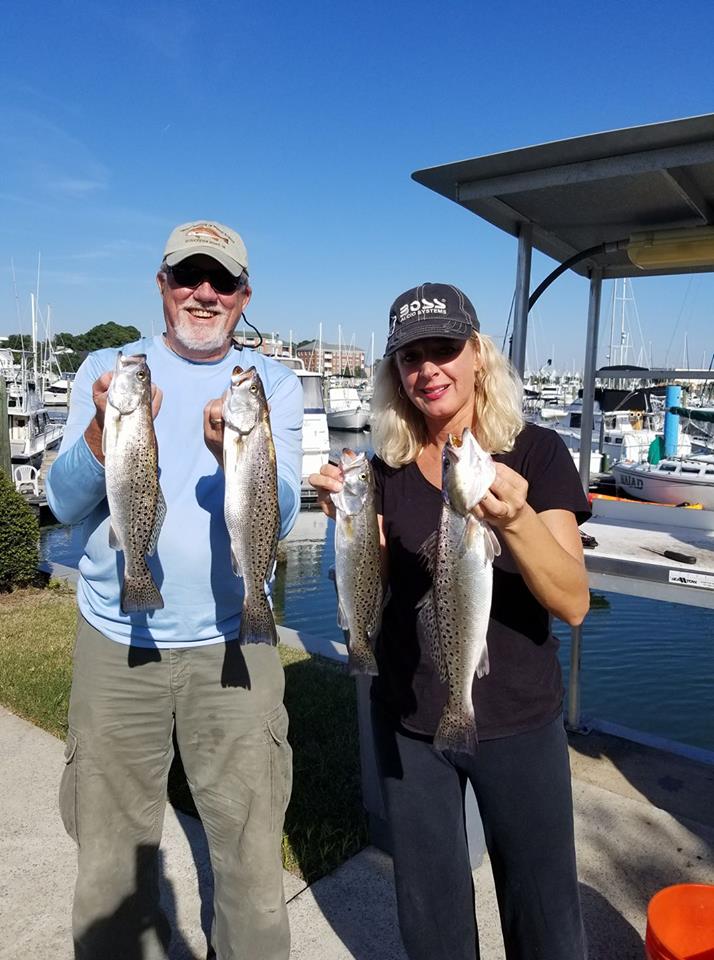 The speckled trout bite is picking up. This weekend the Chesapeake Bay Foundation, the Virginia Beach Anglers Club and the Lynnhaven River Now organization are partnering on a tournament in the Lynnhaven and Lafayette Rivers, to highlight the importance of oyster restoration to healthy fisheries. There should be some trout hanging around the oyster bars. And Long Bay Pointe Bait and Tackle reports a lot of small puppy drum inside Lynnhaven.

Spot are being caught, but the big yellow belly run hasn’t occurred yet.

The Virginia Beach Fishing pier this week reported some spots, a few puppy drum , a few spanish and some blues. 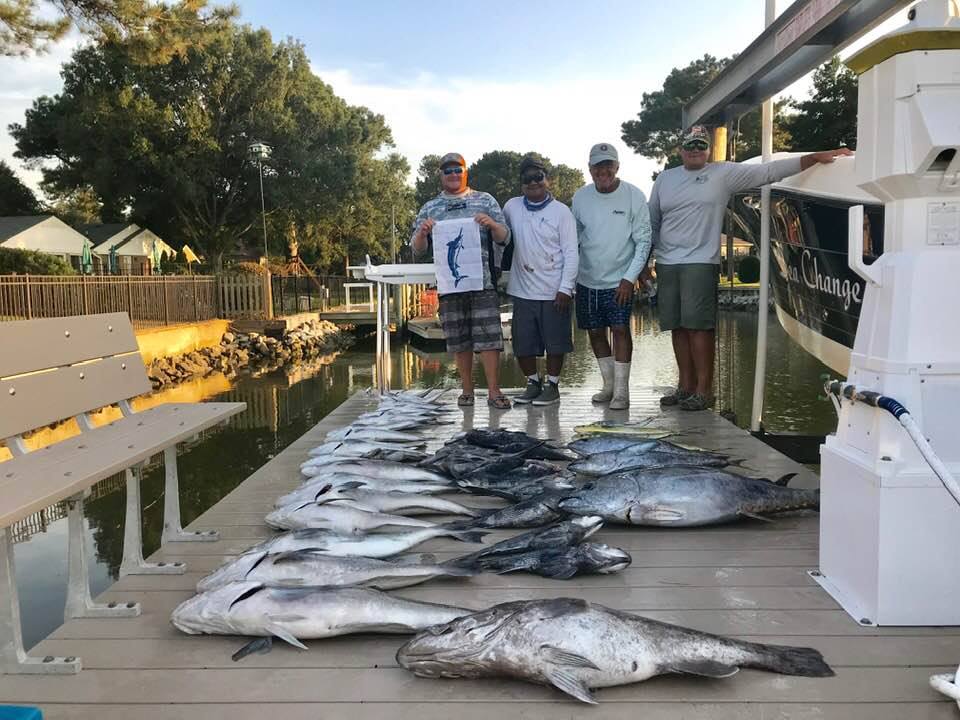 Bluewater anglers are releasing a good number of white and blue marlin. They are also finding hungry wahoo, mahi and tuna. Bottom bouncers are catching tilefish.

There has been some bluefish north of Buxton. Bluefish and trout have been plentiful at Oregon Inlet. Trout fishing has been good on all beaches.

Permanent link to this article: https://vbsf.net/2019/09/13/cobia-spanish-drum-still-available/