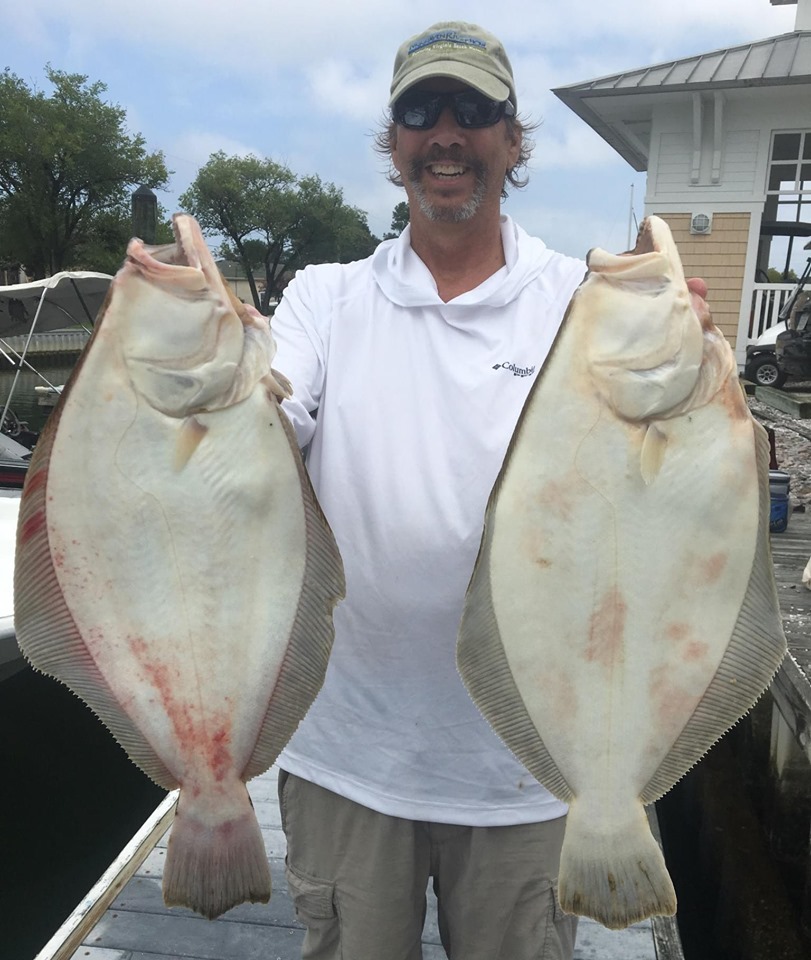 Some nice flounder limits were had this week. Jigged buck tails are producing … but drifting with live bait  entices the larger fish. The hot spots are along the Chesapeake Bay Bridge Tunnel and near the Cell. There are some keeper inside local inlets as well. Captain Craig Paige, Paige II Charters landed some nice ones on his last trip. (above)

Spanish mackerel catch numbers slowed a bit this week. But there’s still some nice ones around. It’s been a great season, with many fish in the four to five pound range. 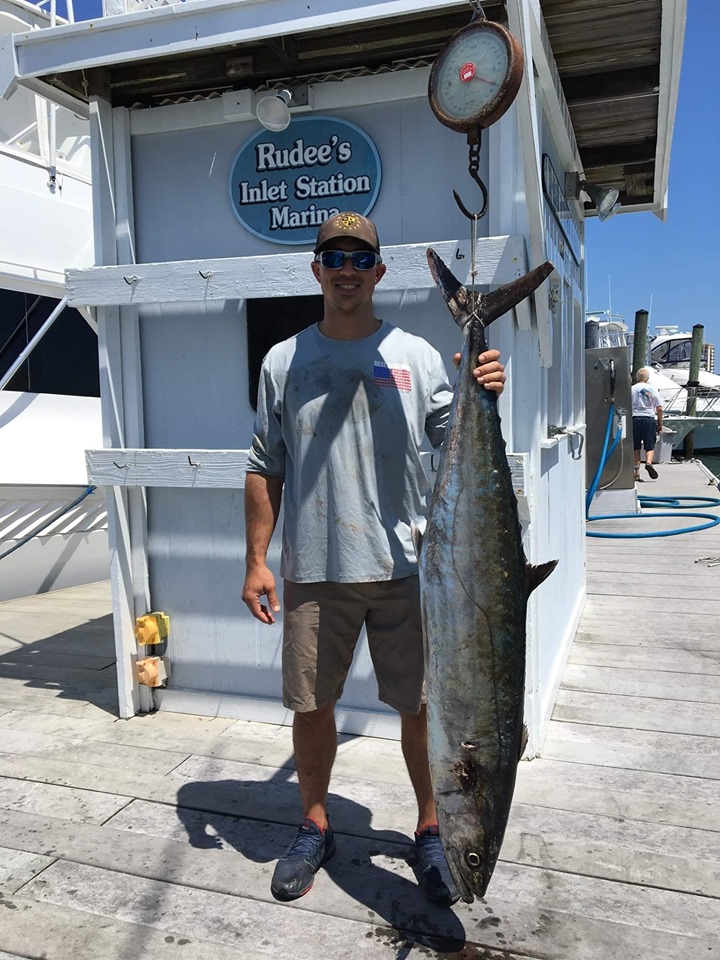 King Mackerel are making a nice showing along the coast. Kings to fifty pounds have been weighed lately. 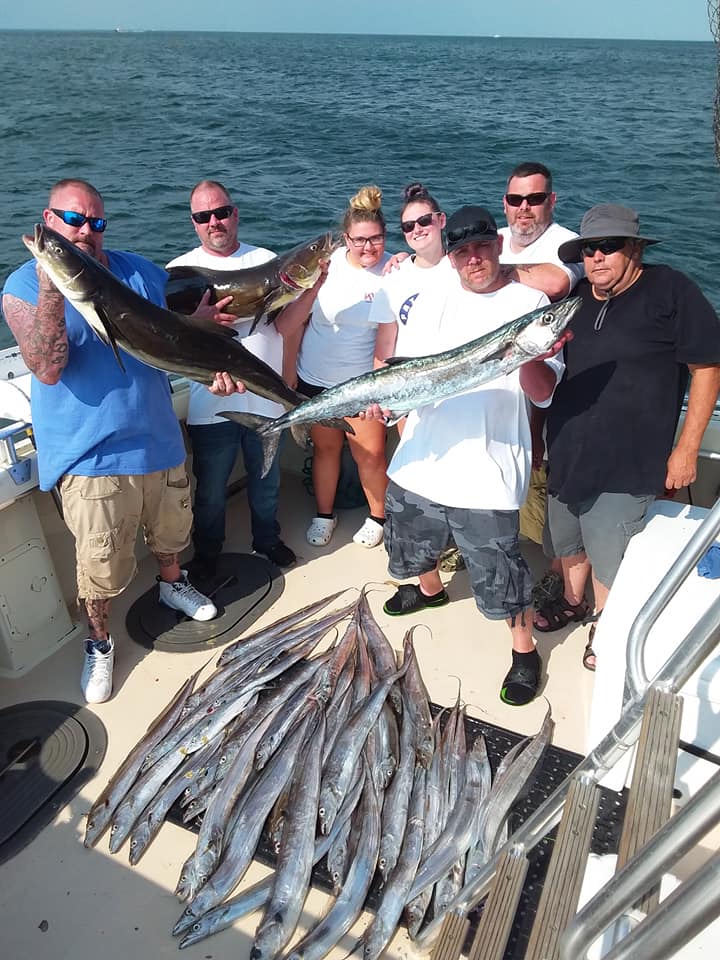 The cobia bite is still red hot and should remain so into September.  And large schools of red drum continue cruising in the lower bay. 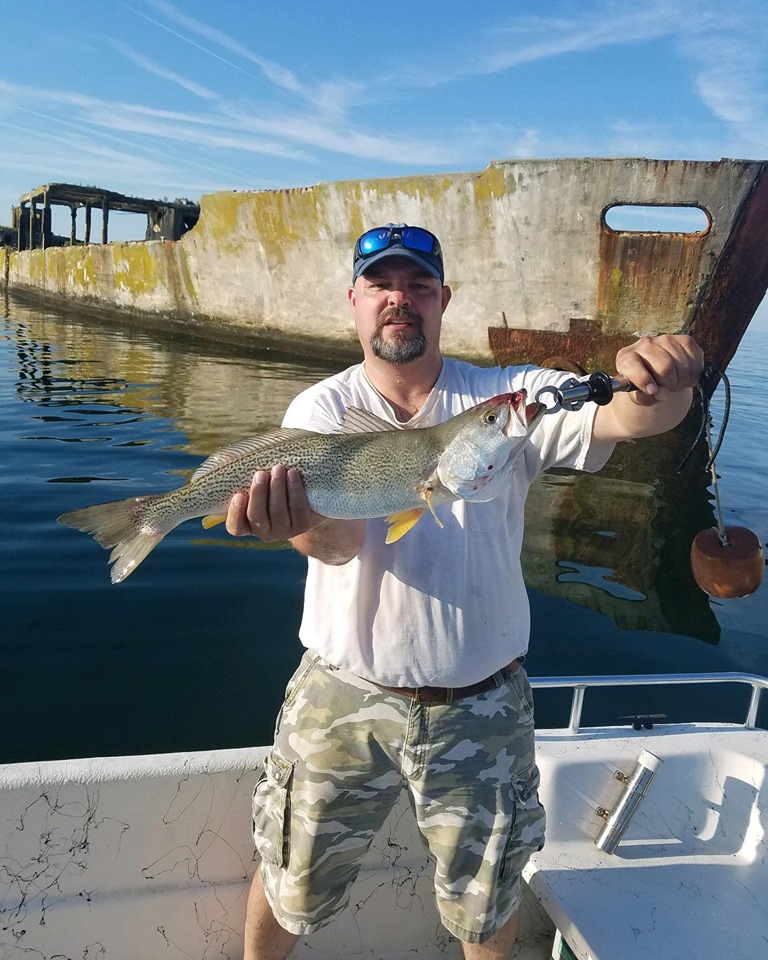 We are getting closer to our yellow belly spot run. It usually occurs the end of August or during the first part of September. They love blood worms.

Speckled trout are in inlets and on grass flats. Topwater action will pick up in September. Eastern Shore actions has been good recently. 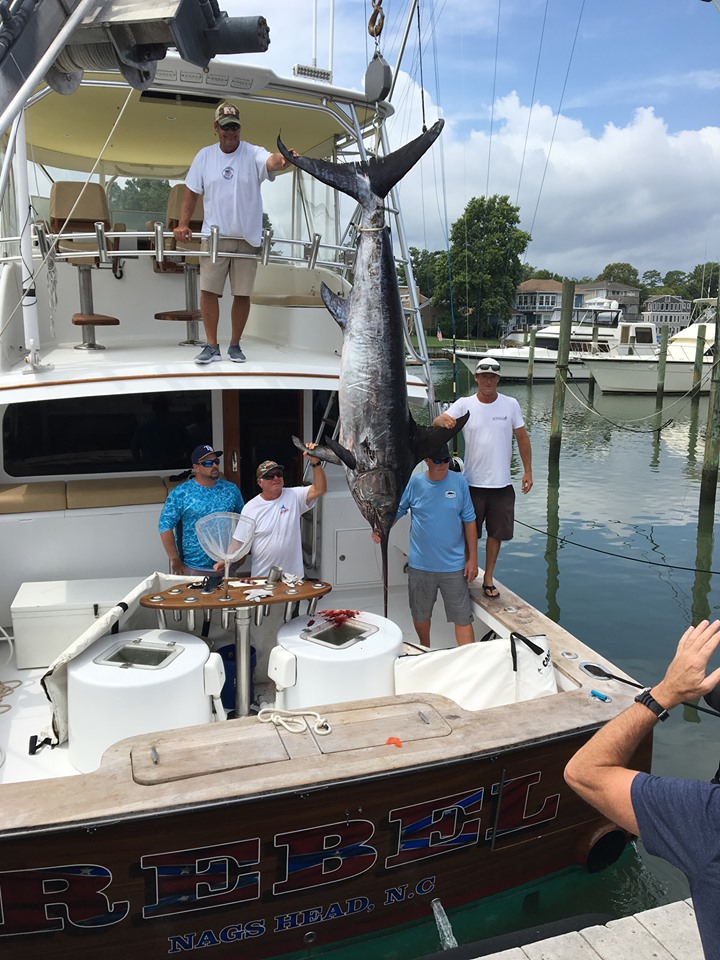 Deep dropping for tilefish is productive, a fifty five pound blueline was caught earlier this week. The Rudee Angler headboat makes regular tips. Give them a call to get in on the action.

Surf fishing overall is slow. A few sea mullet and croakers north of Avon and some spanish and pompano south of the point.

Anglers on the Little Bridge on the Nags Head/Manteo causeway are catching small puppy drum, flounder, trout and croakers.

Permanent link to this article: https://vbsf.net/2019/08/17/good-late-summer-fishing-action-in-virginia/