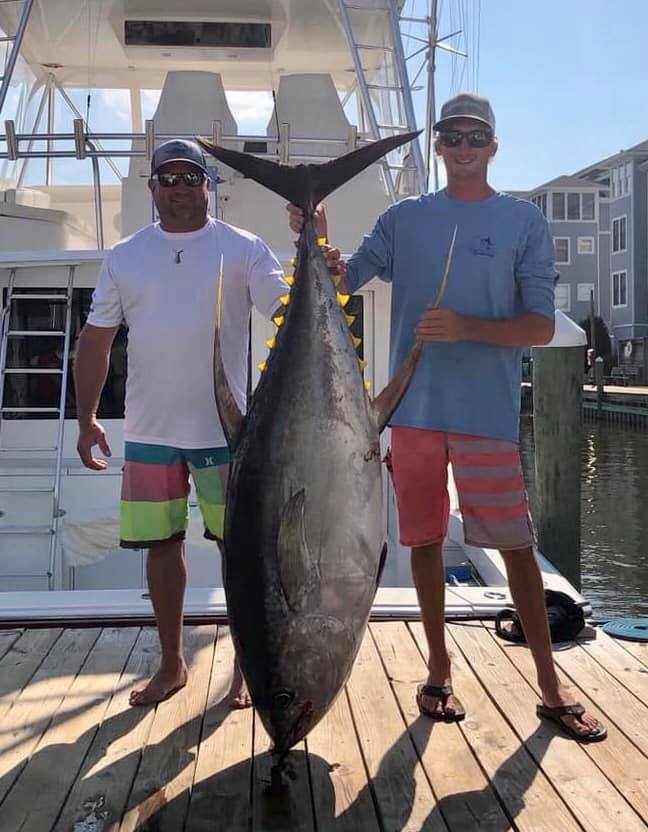 This is prime billfish season along the mid-atlantic coast. White and blue marlin, sailfish, spearfish and swordfish are all available now. Dolphin and tuna fishing is excellent many days ….. It’s exciting to see a few BIG yellowfin tuna being caught this year. One recently topped the scales at 188 pounds. Most have been caught in Carolina waters. Generally yellowfin that size are caught on the west coast. Its nice to see some showing up here.

The Ocean City White Marlin Open Tournament was held last week and Virginia Beach was well represented. The VB boat Chasin’ Tail, skippered by Captain Butch Davis took second place with a 74 pound white marlin. His angler was Nate Walker also from Virginia Beach. Team Backlash and Captain Steve Richardson finished third with a 73.5-pound white marlin. The fish was caught by Michael Wagner and worth $1.5 million in prize money. Congratulations to all. 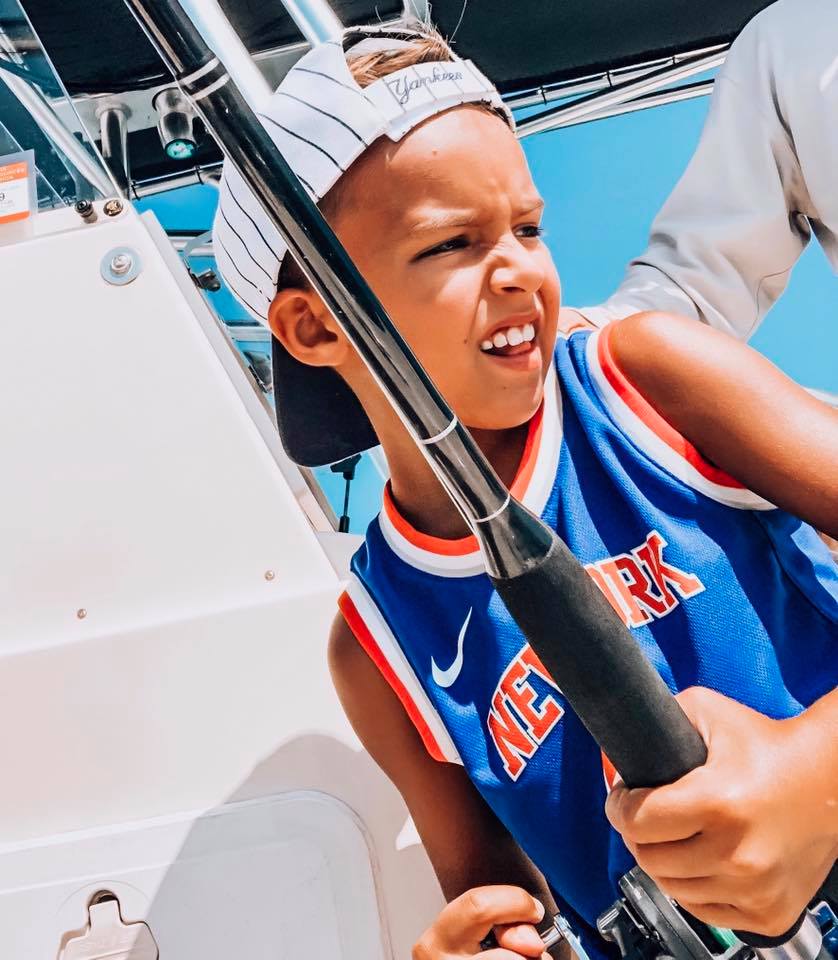 Inshore, spanish mackerel and blues are keeping charters busy. A gold Clark or Drone spoon seems to be working best. Mixed in with the spanish and blues are an unusually large number of ribbonfish. And don’t be surprised to pick up a nice king. Several nice one were landed close in this week.

Our flounder season is officially on now. Limits of quality fish are being weighed. Jigging bucktails dressed with strip bait or a scented Gulp work well. But remember big fish like big bait. A live spot should do the trick. 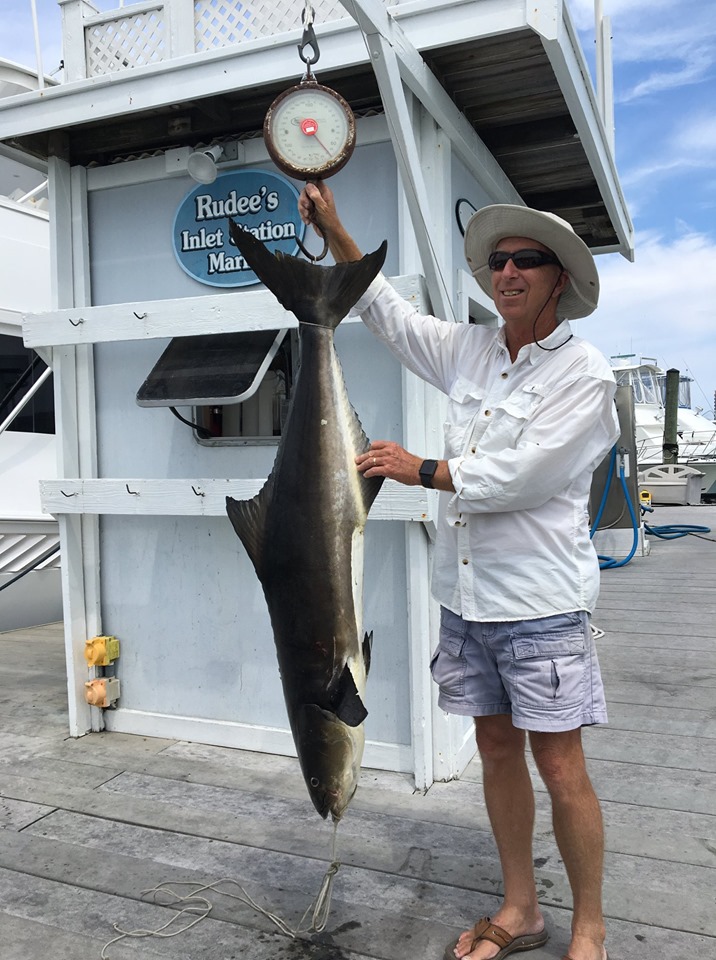 Cobia catches are being reported throughout the lower bay. Some really large ones have been landed recently, a few approaching 80 pounds. Live eels, live croaker are your best bait but they will hit artificial baits when spotted on the surface.

Red Drum are still available and should continue to be the rest of the summer. 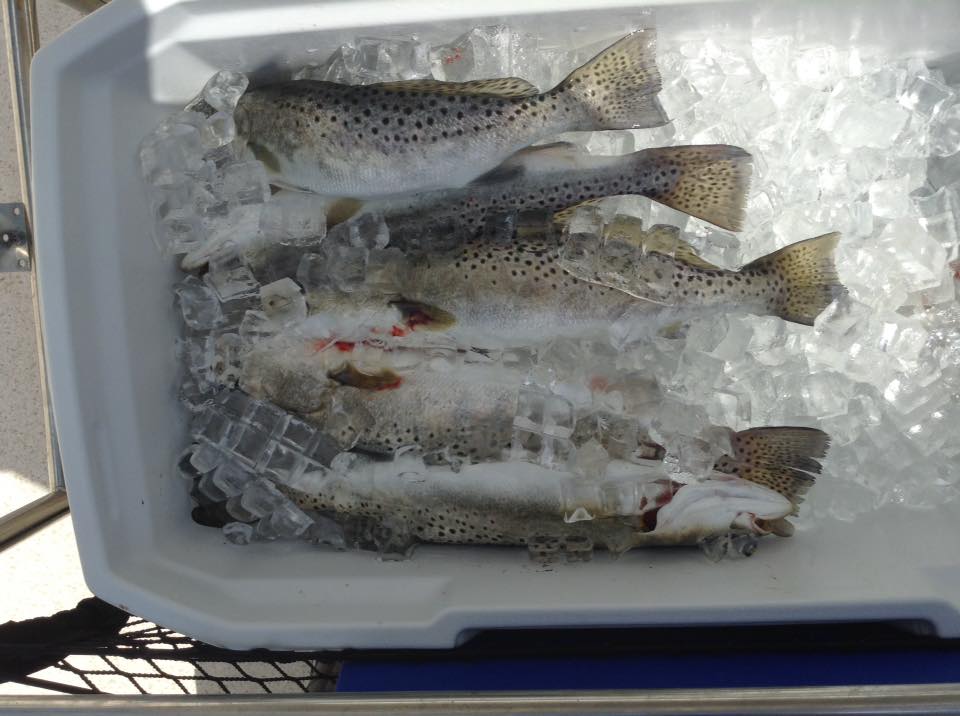 Kevin Williams caught these on the Eastern Shore

There are good numbers of spot being caught in Chesapeake Bay tributaries. Spot fishing peaks in August and September. 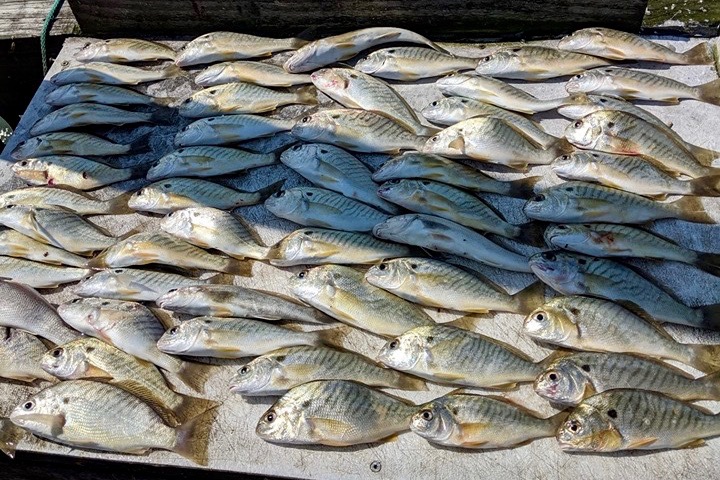 Surf anglers on the northern beaches are catching flounder, sea mullet and spot. On Hatteras Island the catch has consisted of pompano, bluefish, spanish, croakers and sea robin.

The near shore boats are picking up spanish, ribbonfish, bluefish and yes a few dolphin.

The offshore fleet is catching limits of dolphin. There are plenty of yellowfin around and a few wahoo.  Billfish are being caught and released daily. Amberjack are around towers and on structure.

Permanent link to this article: https://vbsf.net/2019/08/11/its-time-to-head-offshore-in-virginia/