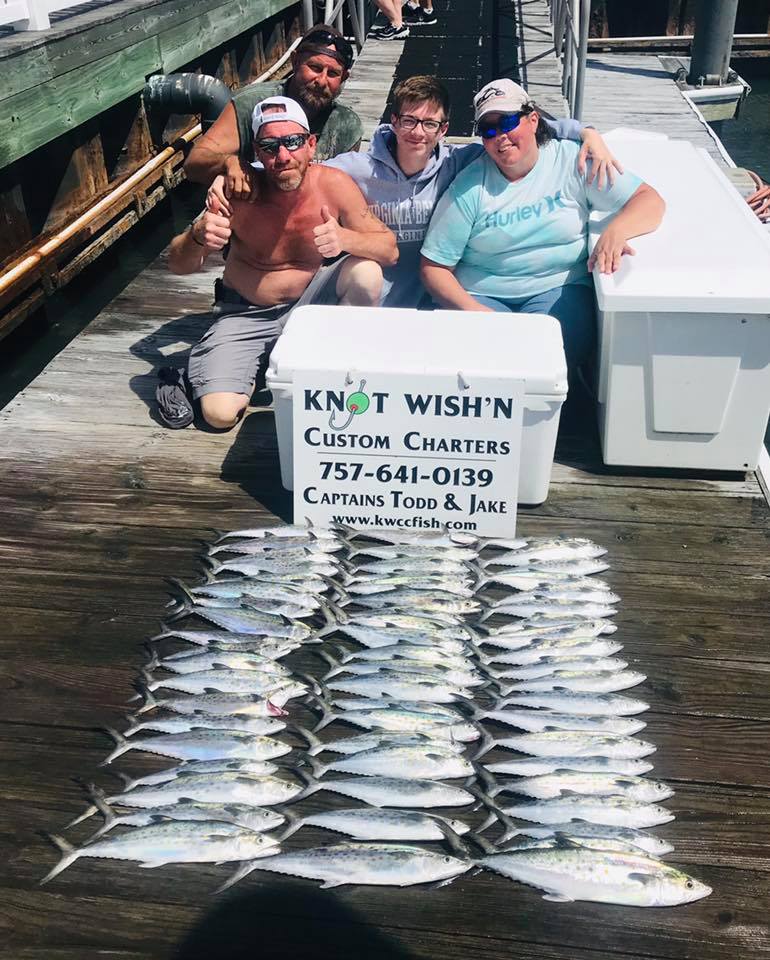 Some of the best spanish mackerel action in years continues along the beach. Many fish are topping 3 pounds and some 4. Bluefish are mixed in with the spanish.

Spadefish are around buoys, the pylons of the CBBT and the Chesapeake Light Tower. Also hanging around the pylons are hungry sheepshead.

Big red drum are plentiful throughout the lower Bay. Anglers are having success sight casting and bottom fishing. Most catches are coming from the shoals on the north side of the bay and around the islands of the CBBT.

Cobia action remains red hot. Most anglers are fishing live bait in chum slicks. But you never know when they’ll pop up on the surface, so always have a rod ready to sight cast.

Flounder catches are picking up. Captain Craig Paige, Paige II Charters had six keeprs up to 23 inches on his last trip . Look for them along the CBBT, around inshore wrecks and artificial reefs throughout the lower bay and along the coast.

Pier and surf anglers are finding bluefish, flounder, croaker and sea mullet … small spot are starting to show up in better numbers.

Coastal wrecks are holding bluefish and triggerfish. Big AJ’s (amberjacks) should be arriving as well. 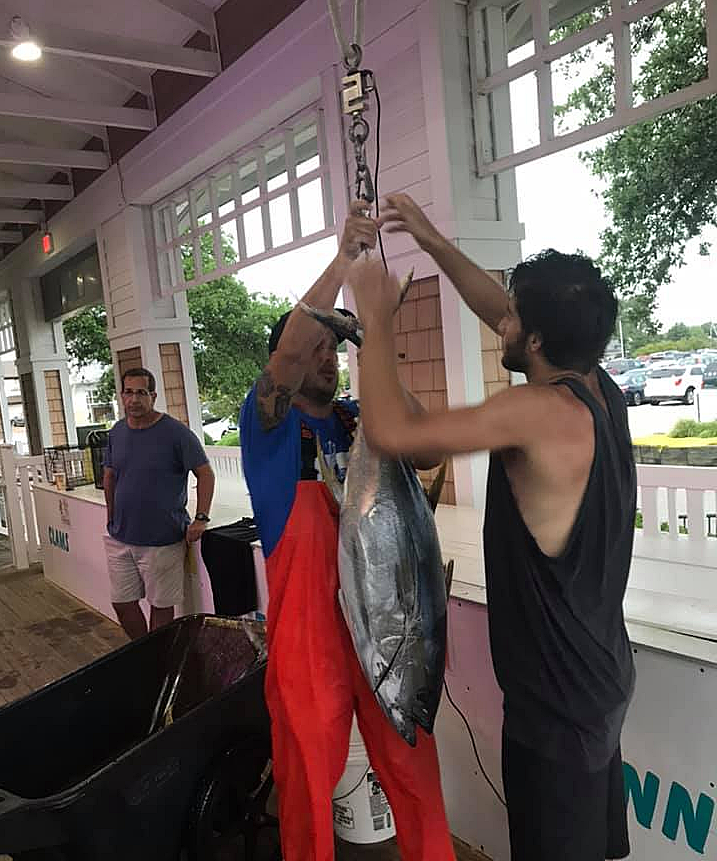 Offshore, the yellowfin tuna action is excellent … which is great news for the Virginia Beach Tuna Tournament.  This week a couple of boats caught tuna limits. Dolphin fishing is also excellent, lots of large gaffers! Mixed in are some blue and white marlin, bigeye tuna and a few wahoo.

The Big Rock Blue Marlin Tournament based in Morehead City NC was held last week. Boats fishing the tournament fished between loran coordinates, North 40275 and South 39200. The northern boundary is a little southeast of Hatteras Inlet. Fourteen blues were weighed in; they ranged from 429 to 914 pounds. The winning boat was Top Dog, owned by the Dickerson family from Olney, MD. They took home $793,187.00.