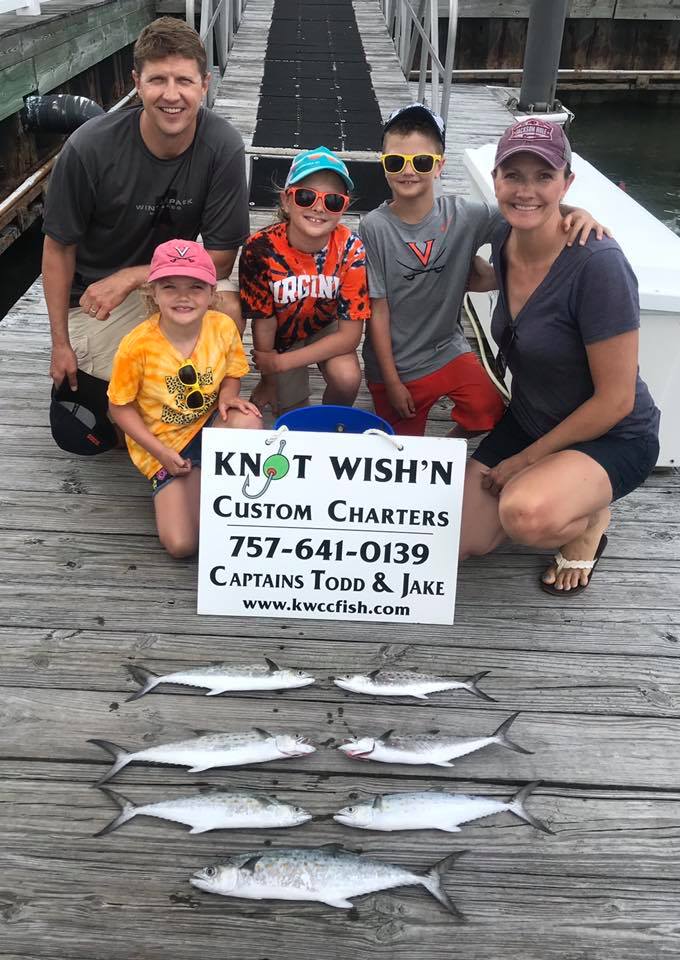 Lots of spanish mackerel along the ocean front!

Spanish mackerel action is the best in memory! …. A large class of fish has shown up along the oceanfront and in tidal rips inside the bay. Captains are trolling small spoons like the 00 Drone or a 00 or 01 Clark behind a small plainer. Taylor blues are swimming with the mackerel and together are keeping anglers busy. Spanish mackerel average between 1 and 3 pounds but the Virginia state record is 9 pounds, 13 ounces. If you can find some live menhaden try trolling one on a carolina king mackerel rig, near schools of spanish and you might break a record.

Cobia are still entering the bay and  some have made there way up as far as Bluefish Rock. They should stay for the rest of the summer. Always watch for fish on the surface …. but chumming has becoming more effective recently. Create a chum slick and use live eels, live spot or croaker for bait.

There are plenty of spadefish around buoys, the pylons of the CBBT and at the Chesapeake Light tower. The bait of choice is clam, though squid will work when the fish are aggressive.

There are plenty of red drum available in the lower bay. Look for them on eastern shore shoals and around the islands on the CBBT.

Sheepshead are around the pilings of the CBBT.

Speckled trout are being caught in Lynnhaven, Little Creek, Rudee Inlets, Eastern Shore Inlets, in the Elizabeth River and the Poquoson Flats.

The Virginia Beach Pier is catching a nice class of spanish mackerel ….. and some average sized croaker, spot and sea mullet.

Flounder fishing is slow. June is typically a great month for large flounder at the CBBT and The Cell ….. but catches have been on the decline for several years. Last week North Carolina’s Marine Fisheries Commission announced it would most likely completely shut down recreational and commercial flounder fishing in August, to end over fishing and rebuild the over fished southern flounder stock. The commission voted to accept recommendations from the Division of Marine Fisheries in its entirety. The division proposes a 62% reduction in southern flounder harvest compared to 2017 and a 72% reduction in harvest beginning in 2020, to be achieved through commercial and recreational season closures. The division also proposed yardage and time restrictions for gill nets and prohibiting the use of puncturing devices, such as gaffs, in the pound net fishery. 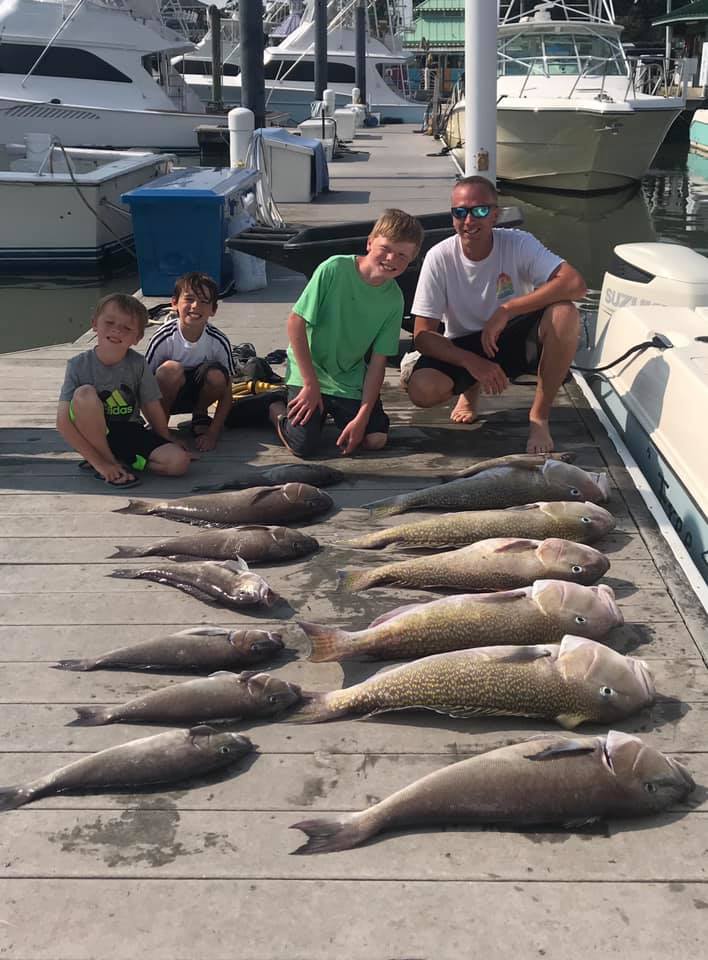 Offshore the Mahi bite has been outstanding. Big eye and yellow fin tuna have also made a good showing off Maryland, Virginia and North Carolina. A few blue and white marlin have been caught. Deep droppers are finding good numbers of blueline and golden tilefish.

Hatteras Island surf anglers are enjoying an excellent pompano season. Pompano feed on sand fleas that get washed out of the sand in a waves backwash. Fish sand fleas on light tackle a foot or two beyond the first drop off. Anglers are also catching sea mullet and spot.

Recent weather has kept small boats on trailers, but before the blow there were plenty of bluefish and spanish around.

Offshore captains are finding hungry yellowfin, blackfin tuna, lots of mahi, a few wahoo, sailfish and white and blue marlin. The Big Rock Blue Marlin Tournament is going on this week. So far the leading marlin weighted in at 914.0 lbs (Updated 6/16/19).

Permanent link to this article: https://vbsf.net/2019/06/15/large-spanish-mackerel-making-good-showing/