Nice Trout, More Drum and Cobia On The Way

Add Bluefish and Spanish To The Lineup 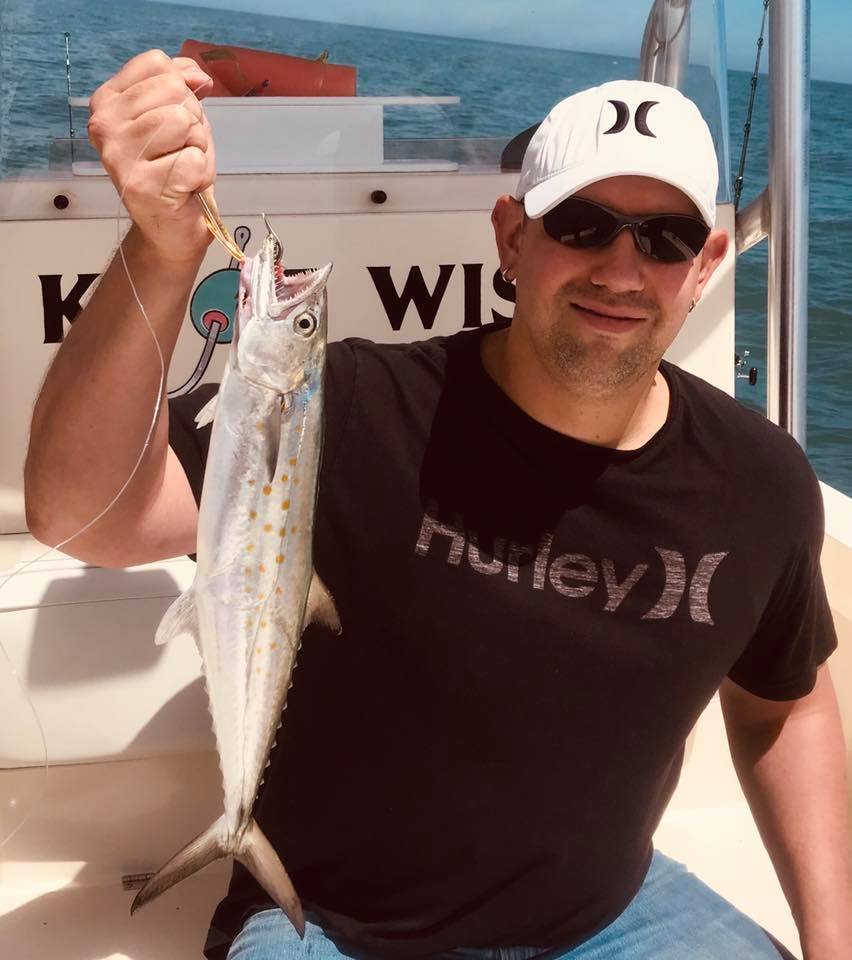 Bluefish and spanish mackerel numbers are on the rise along the Virginia Beach oceanfront; Virginia Beach Pier anglers caught both this week …. Long Bay Pointe Bait and Tackle says bluefish have also entered Lynnhaven inlet …. Try trolling or casting to schools near inlets, along tide lines and over coastal wrecks in the lower Bay. So far the fish are averaging between 1 and 5 pounds. The VA state record bluefish is 25 pounds, 4 ounces and was caught at Bluefish Rock in the Bay in 1986 by Gayle E. Cozzens. And the record spanish is 9 pounds, 13 ounces and was landed off the Virginia Beach oceanfront in 1993 by Everett Cameron.

Large schools of red drum continue to migrate along the coast on their way to the Chesapeake Bay. Another large school was reported off the Virginia coast this week, anglers were able to sight-cast them. But your best chance at landing one of these beast is to anchor up near the shoals at the northern end of the Chesapeake Bay Bridge Tunnel. Black drum are still a good possibility in the same area. Released red or black drum measuring 46 inches or more qualify you for a Virginia State citation award.

Our upcoming cobia season should be a very good one. Large schools are migrating along the OBX on their way to the Bay right now. Anglers to our south have been sight-casting cobia and drum swimming together.

Now that our nighttime air temperatures are remaining above 60 degrees the inshore flounder bite is starting … it’s off to a good start with most of the big fish coming from the inlets and tidal marshes on the Eastern Shore barrier islands. Long Bay Pointe Bait and Tackle is reporting flounder catches inside Lynnhaven Inlet and Knot Wish’n charters have picked up a few flounder inside Rudee Inlet as well. Generally large baits catch larger fish. The Virginia state record flatfish is 17 pounds, 8 ounces and was caught at the Chesapeake Bay Bridge Tunnel in 1971 by C.E. Cross.

Sheepsheads are arriving the Bridge Tunnel daily. Their numbers will peak in June and they will hang around until September. They love fiddler crabs, sand fleas or clams fished up against the pylons. Most fish are in the 3 to 8 pound class, but the state record is 20 pounds, 12 ounces. It was caught under the Seagull Fishing Pier, on the CBBT by Arun Nhek in 2005. The Sea Gull Fishing Pier was closed for bridge construction. The last I heard, they plan to reopen it around 2023.

Speckled trout are scattered along the Outer Banks of North Carolina, ocean and soundside  … and in the marshes along the lower Chesapeake Bay and on the Eastern Shore of Virginia. Look for them in the surf and inside inlets near marshes.

Spadefish should start showing anytime now. The good bite will occur in June. They will be available all summer. 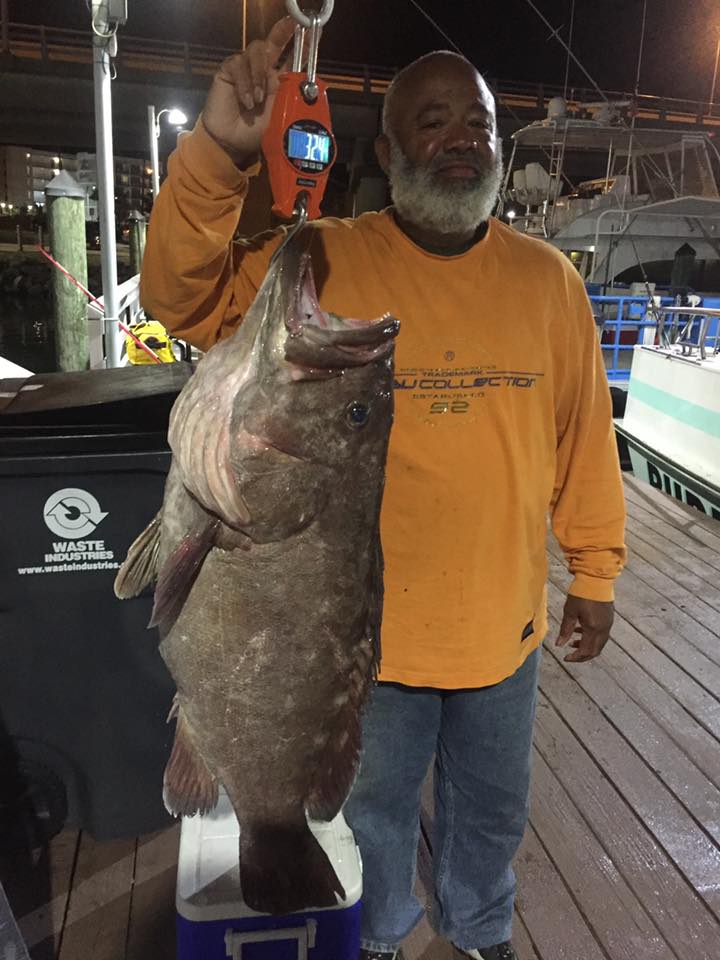 Deep dropping on the Rudee Angler

The sea bass season reopens from May 15th to the 31st. Then it reopens again June 22nd and runs through the end of the year. Deep-droppers are finding plenty of tilefish and a few snowy grouper along with other bottom dwellers. The Rudee Angler is advertising 17-hour offshore deep dropping trips May 18th, 23rd and 30th.

Boats running offshore to the south are finding some yellow fin tuna and dolphin.

Sea mullet, bluefish, spanish, blow toads and a few trout are being caught in the OBX surf. Anglers fishing the Little Bridge on the Nags Head/Manteo causway are catching trout. The OBX pier rundown goes like this; Avalon: bluefish. Nags Head: bluefish and a couple of spanish. Jennette’s: bluefish. Outer Banks: bluefish.

Inshore boats fishing around Oregon Inlet are finding bluefish and sheepshead. Sound side fishing for trout is good.

Permanent link to this article: https://vbsf.net/2019/05/09/add-bluefish-and-spanish-to-the-lineup/