Flounder And Red Drum On The Rise 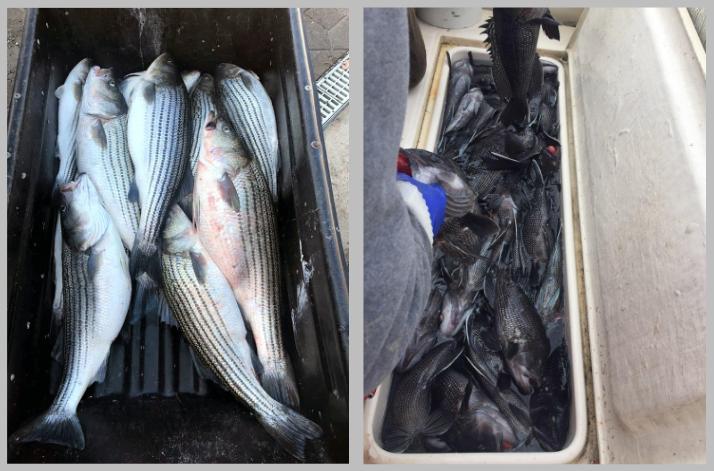 At yesterday’s VMRC meeting there were a couple of actions directly affecting recreational anglers.

The one that will get all of the attention is the closure through emergency action of Virginia’s Spring Trophy Striped Bass seasons. There actually are 3 though we think of them as one: bay, coastal, tributaries of the Potomac. They are all closed. As they were scheduled to open May 1, Virginia took this action ahead of next week’s ASMFC meeting. Note that this is just for the spring “trophy” seasons.

The other action concerned the recreational sea bass season. An adjustment of the upcoming season was required to account for the February season we had. The initial thought was to just open the season later but several charter captains said that they already had trips booked for the opening and would like the May fishery. So, recreational sea bass will open as scheduled on May 15. It will be closed June 1-21. It will reopen June 22 and remain open for the rest of the year.

More on striped bass. These are just my thoughts. The latest stock assessment shows that striped bass is overfished and overfishing is occurring and has been for sometime. Of particular concern is the spawning stock biomass (big fish). Thus the closure of the spring trophy season which targets these big fish. We have no idea what will come out of ASMFC but expect some fairly drastic measures. Virginia is taking this very seriously and my feeling is that it will be fairly aggressive in pursuing measures to be implemented quickly, especially for big fish. One of the first proposals for Virginia was a complete moratorium on fish over 36 inches, both commercial and recreational. That and just about everything else that you can think of is still on the table. Everyone asks about gillnets. In terms of the larger fish, Virginia has already made a significant change on this when it went from a tag-based system to a poundage based system. When tags were limited, a tag was worth more on a big fish. Now, each commercial angler has an individual poundage quota and gets however many tags he needs. The average size of commercial striped bass has gone down significantly since this change, as was expected. There are still some who will use large-mesh net to target the big fish. This could be addressed by something like the proposed maximum size fish allowed but my guess is that it will end up being a mesh-size restriction (7 inch maximum has been proposed) which will stop the targeting of large fish. The guys who do target large fish will not like this but the overall theme will be to protect the big spawning fish. That could be it commercially if it is just a big fish reduction. If ASMFC comes out with something like a 20% reduction is required in overall catch, the commercial guys would likely see their individual quotas reduced. Recreational options are almost endless. Something like a percent reduction could be fairly easy to meet by increasing the minimum size in the bay from 20 to 21 or 22 inches. But, doing something like this would not help the big fish. A lot depends on what comes out of ASMFC but again, Virginia’s fishery people seem very concerned about the large fish. I fully expect that the recreational big-fish catch to be greatly restricted. Something like a big-fish tag which an angler could get for a single big fish per year is, I think, more likely than not. The one big-fish per day that we are used to is not likely to continue. Virginia splits striped bass between the commercial and recreational sectors. Coastwide, striped bass is mostly a recreational fish. Estimated recreational release mortality is a large part of the overall fishing mortality. The numbers are especially high for Maryland and the New England area. A circle-hook requirement when bait fishing for striped bass is a likely requirement to try and reduce this release mortality. We will soon see how quick and aggressive the ASMFC is but I will not be surprised to see Virginia continue to act ahead of and beyond the ASMFC to preserve the large breeders. That is the feeling I’m getting from the fisheries managers, the Commissioner, and I think it goes on up higher in the food chain. Now, somebody will bring up menhaden. Virginia’s fishery people (VMRC) do not manage menhaden. You will need to go to the General Assembly for that.

Permanent link to this article: https://vbsf.net/2019/04/24/vmrc-meeting-update-stripers-sea-bass-news/